Like the Roman Empire, the sun never truly sets on the planet’s music festivals. A large part of this is due to Asia’s rising status as a major player in the festival game, supplementing Europe and the Americas with premiere undertakings of their own. From the jungles of Thailand to the heart of Hong Kong, the festival circuit is now truly a global affair, offering music fans an incredible array of diverse opportunities to eat, dance, and experience the best of what Asia has to offer. Whether you’re after familiar names in a new locale or ready to discover an entire world of music you’ve yet to hear, the moment has never been better to lose yourself on the other side of the Pacific. 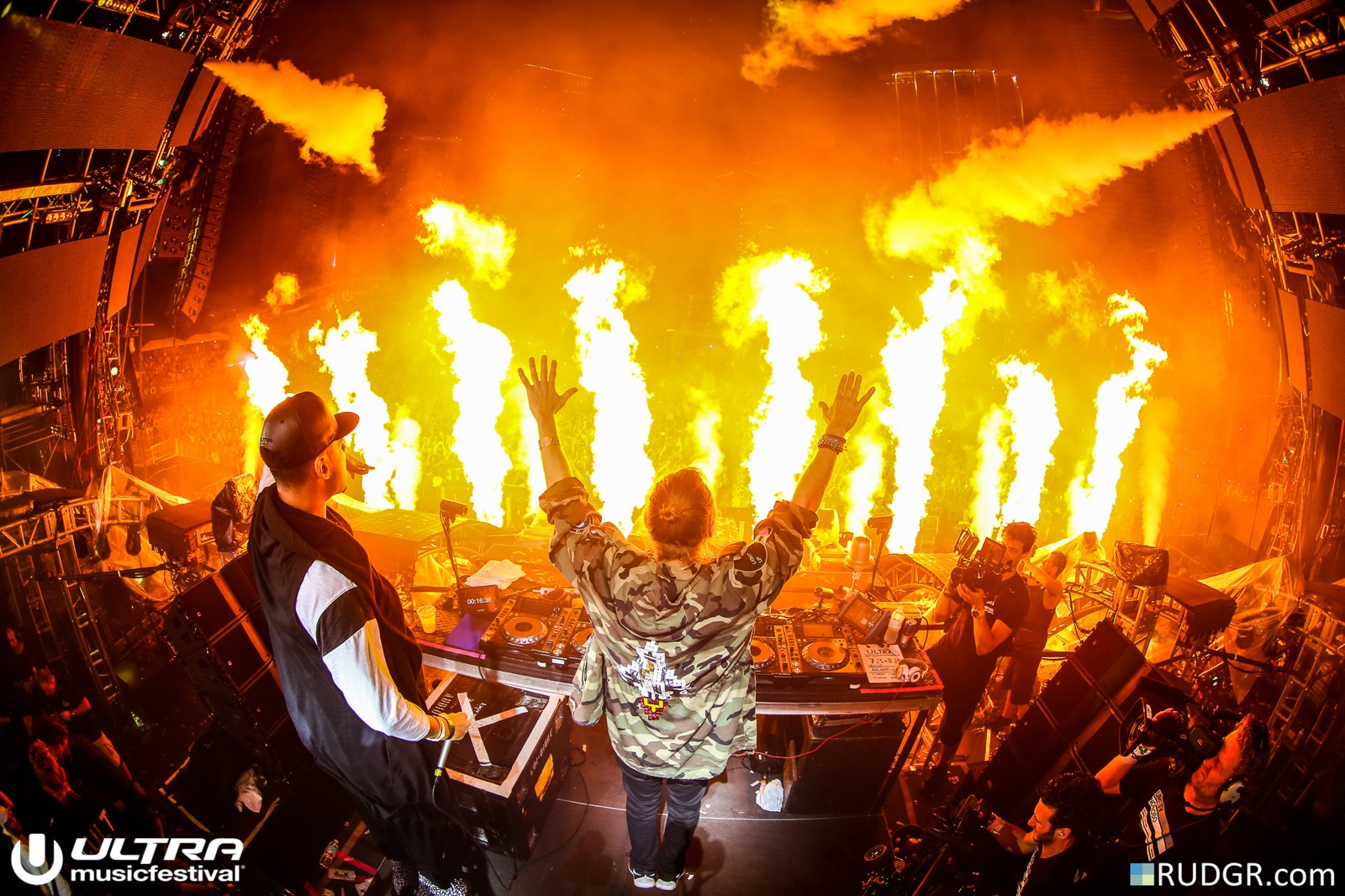 As Ultra continues with its plans to conquer the world, it was only a matter of time before the preeminent electronic festival washed ashore in Asia. While 2017 saw Ultra events in Bali, Manila, and Shanghai (just to name a few), there are now 2018 dates scheduled for Seoul, Tokyo, and Singapore. As Billboard reports , Ultra brought in over 400,000 attendees across 17 events in Asia in 2017. Its Singapore event has been in operation since 2015, and has featured big names like Skrillex, deadmau5, and Steve Aoki. Split across three stages and set against the Singapore shores, this installment of the Ultra franchise has become a welcome new addition to a land steeped with traditions. 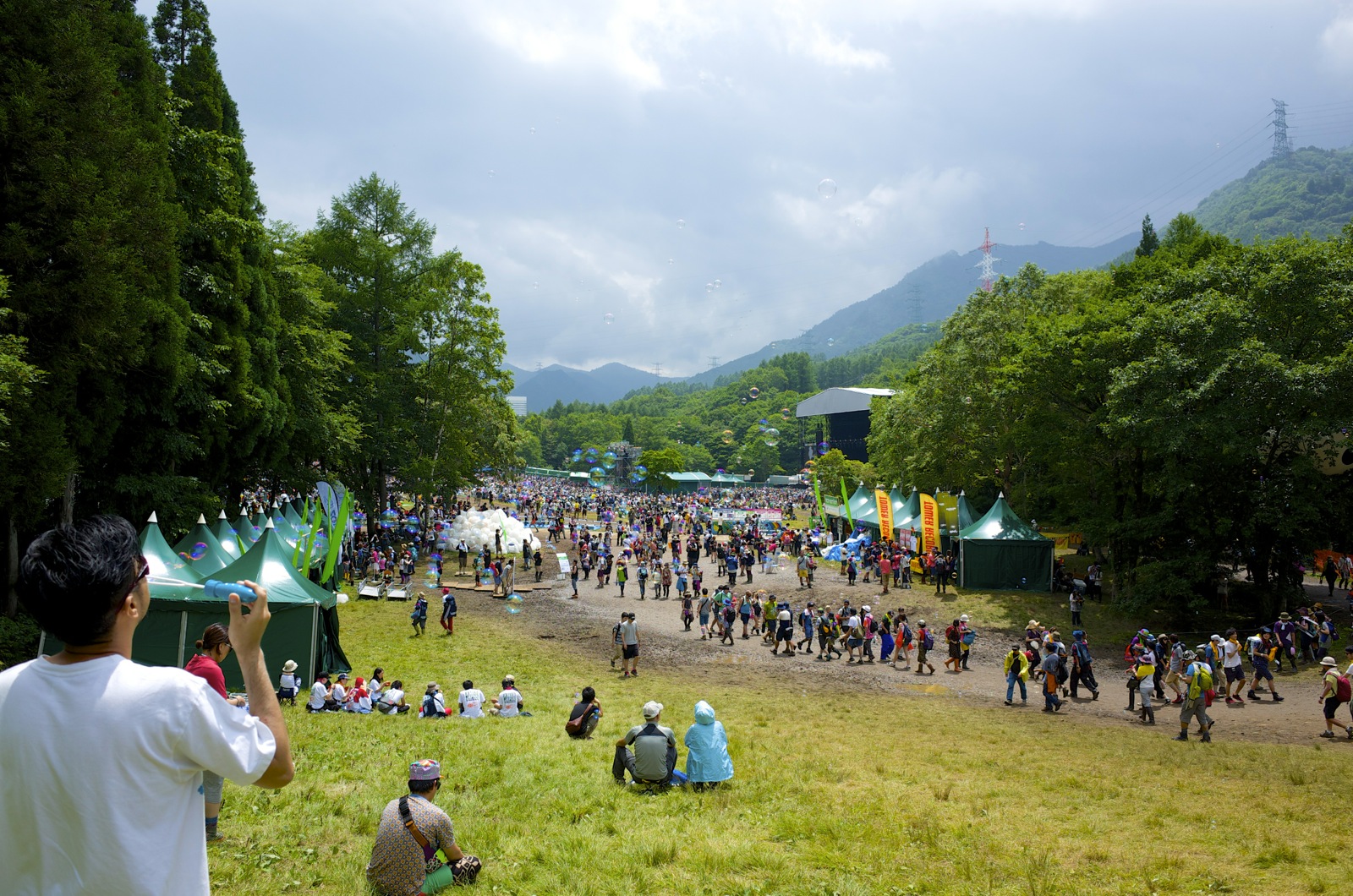 Fuji Rock isn’t simply the most well-known music festival in Asia, but a titan that can hold its own against fellow Goliaths like Glastonbury and Coachella. From the on-site natural hot spring spa to the Dragondola cable car, you’ll find no shortage of wonders to enjoy if you need a quiet moment—and you might. That’s because the lineup for Fuji Rock is an annual jaw-dropper. The 2018 installment is currently set to feature Kendrick Lamar, Chvrches, Vampire Weekend, Skrillex and N.E.R.D. Piping hot ramen and Kendrick spitting highlights from the Black Panther soundtrack? Merriam-Webster may just need to update its definition of “paradise.” 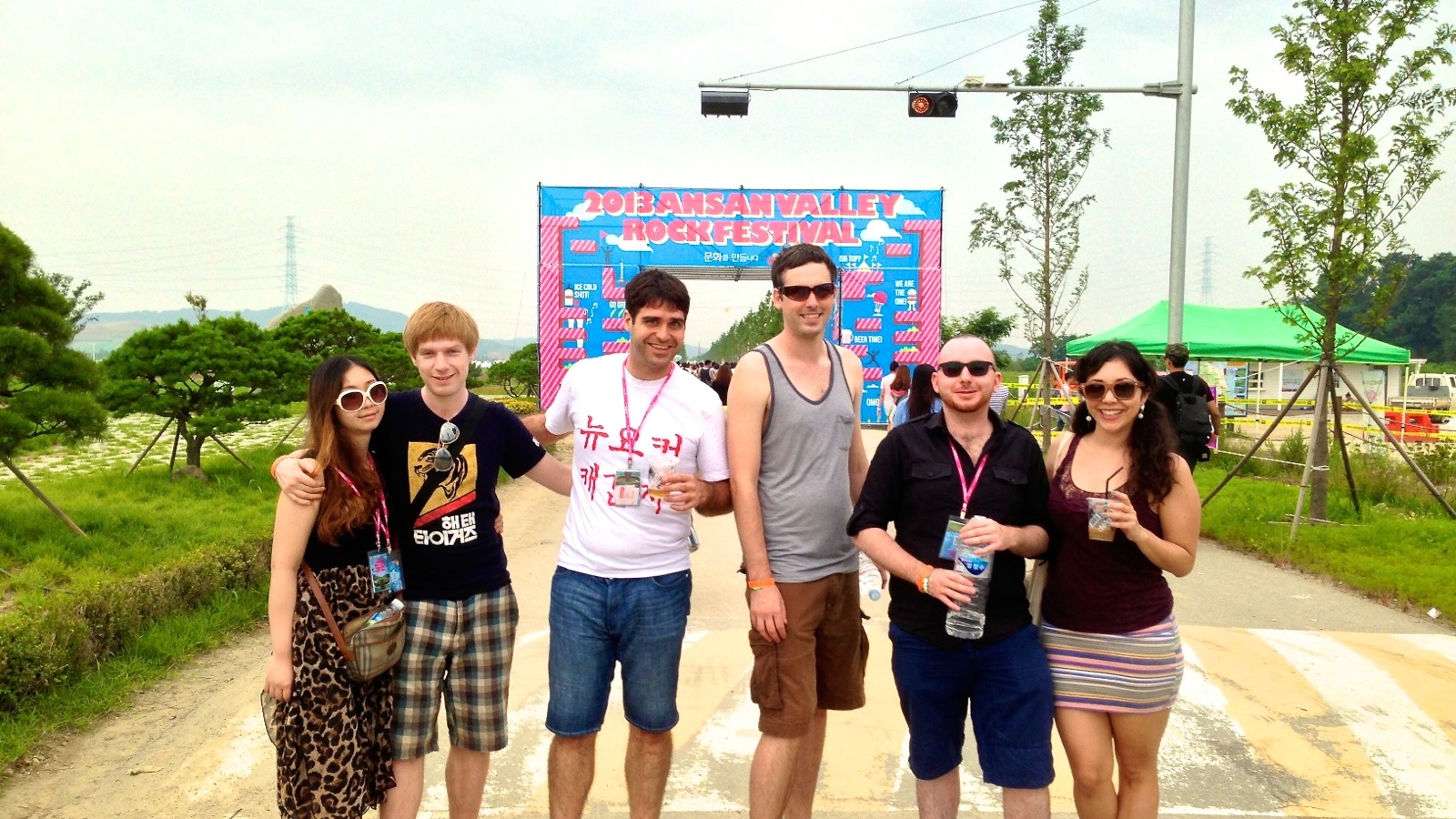 The 2018 Winter Olympics may be the first time many folks are laying eyes on the beauty of South Korea, but for the past eight years, music fans have seen it firsthand at the Ansan Valley Rock Music & Arts Festival. Serving almost as a younger sibling to Japan’s Fuji Rock, Valley Rock is also booked by promoter Smash Corporation. In 2017 Ansan nabbed Gorillaz, Sigur Ros, and Major Lazer as headliners and naturally, there are also a ton of great Korean artists to be seen, too. Throw in nearby bathhouses in which to soak your feet, and a generous selection of onsite local cuisine, and you’ll quickly discover why Valley Rock has become the most popular music festival in South Korea.

Hong Kong is a metropolis without an “off” switch. There’s always somewhere else to go and more to see for the tourists and locals who feel like sleep is just an inconvenience to be conquered. For the past decade, Clockenflap has tapped into this scene, annually gathering an impressive slate of local DJs and artists to perform alongside some of the world’s most well-known acts for a weekend that has become a cultural touchstone. Recent installments have brought everyone from M.I.A. to New Order to the Prodigy to the city’s Central Harbourfront, helping Clockenflap quickly become a heavyweight in Asia’s music festival landscape.

Even if the stages were empty, a long weekend spent in the shadow of Hanoi’s stunning Ba Vi Mountains could hardly be considered a waste. Luckily there’s plenty of music at Quest Festival, where an aura of exploration and an emphasis on community are reflected in lineups that showcase the best musicians you’ve yet to discover. Repeat attendees can attest that Quest is partial to changing things up from year to year, introducing annual themes and other special offerings that always serve to enhance the grounds and surrounding community. With a three-day pass costing roughly $50 and a beer coming in at a temptingly affordable price of $1.50, Quest is quite possibly the most affordable destination festival anywhere in the world.

Like many festivals on this list, Wonderfruit is about far more than music. The focus for this four-day affair—set in the fields of Pattaya’s Siam Country Club—is all about inclusivity and sustainability, which is why there is notable programming dedicated to a variety of disciplines. Between seeing performances from acts like Richie Hawtin and Yeasayer, attendees can enjoy the healing powers of the Wonder Garden, marvel at art installations throughout the grounds, and dine on culinary offerings that are all locally sourced or harvested from Wonderfruit’s on-site farm. Oh, and last year they made a stage entirely out of rice , further demonstrating that this is a festival that cares about its mission and the impact it makes.

The Big Mountain Music Festival offers attendees an intimate taste of Thailand at every turn, be it a neighborhood DJ or an afternoon talk on the area’s rich heritage. Located in Pak Chong (adjacent to Khao Ya National Park), Big Mountain has a ton of local flavor thanks to the efforts of its founders to highlight the best music in the country from every genre. That means that along with notable Thai rock bands, rappers, and electronic acts, fans can also enjoy performers versed in Luk-Thung and Moh-Lam—Thailand’s local brand of country and folk, respectively. With onsite camping, free educational programming, and some truly inventive stage designs (inflatable dinosaurs for the win), Big Mountain is a living soundtrack to the splendor and energy of Thailand today.

The best New Year’s Eve party anywhere in the world goes down in Goa, India. That’s the home of Sunburn, an event of truly epic proportions, where the best of EDM and its most ravenous fans gather in December’s final days to bury the year that was in a storm of sand and beats. Known for hosting the largest single stage in Asia and a backdrop of dazzling beaches, Sunburn is also a chance to explore a small slice of India’s immense and storied culture. While the 2017 edition of Sunburn offered heavyweights like Afrojack and DJ Snake, festival goers are advised to make sure to catch some of the numerous local Indian artists who help make this event a one-of-a-kind oasis. 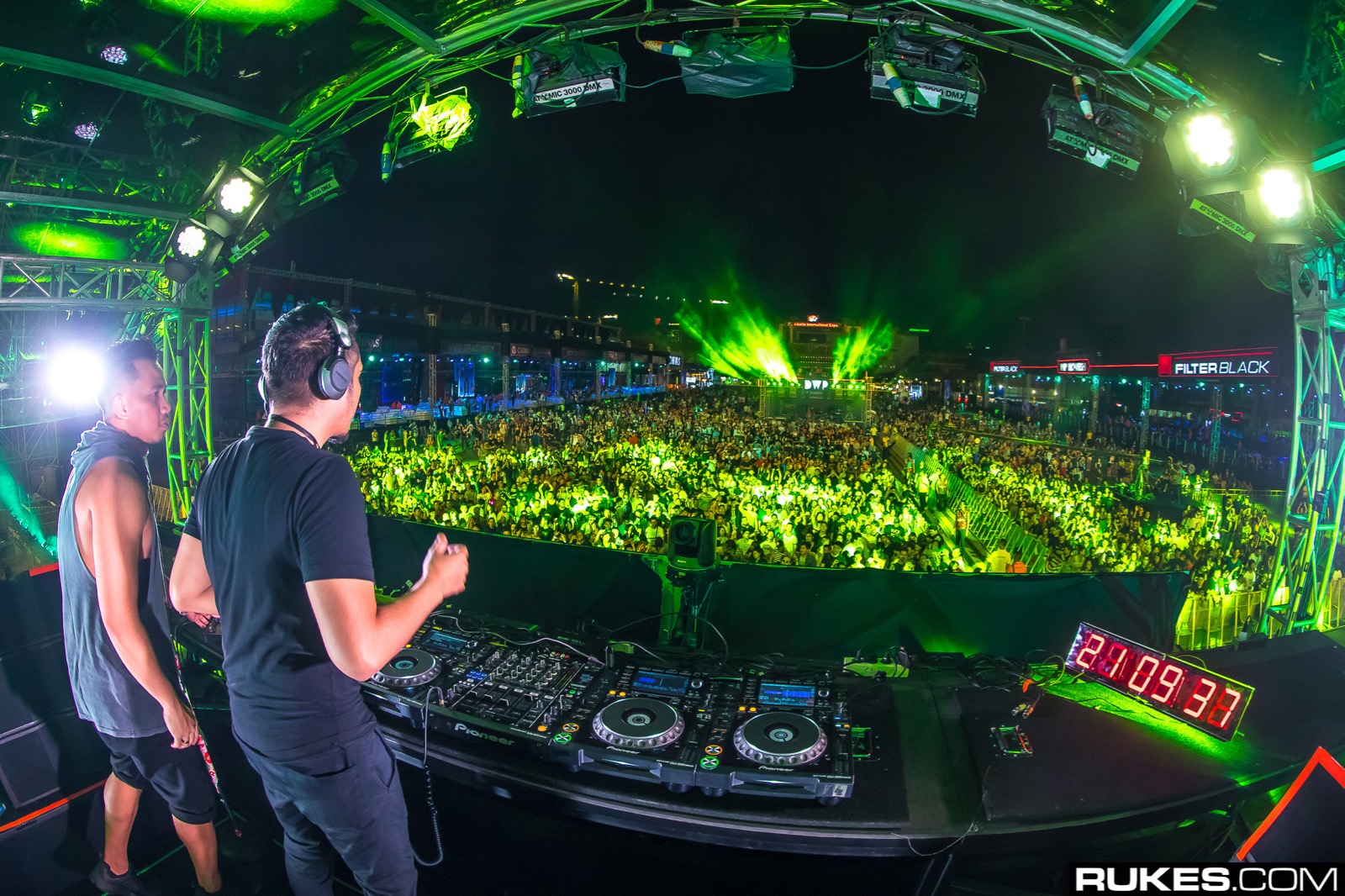 Peace and good times are the key tenets of Djakarta Warehouse Project, an Indonesian festival that holds the title of pulling in more guests per day than any other in Asia. Last year, EDM kings like Tiesto, Flume, and Marshmello all hit the weekend-long event, which prides itself on the quality of its lineups, and will keep you busy from the moment the day’s first acts get underway. Given Indonesia’s culture as a relatively conservative country, this isn’t the place to shotgun Four Lokos or take a hallucinogen-based spirit quest, but that doesn’t mean you shouldn’t party. In fact, seeing the hyped crowds reveling late into the night is all the proof you should need that music is truly the ultimate drug.

Partying on the beach by moonlight may seem like fodder for an Airbnb commercial, but at Singapore’s ZoukOut, that’s exactly what you can expect. Billed as one of Asia’s biggest dance parties, this festival has been going strong since it first hit the sand at Siloso Beach in 2000. The oceanside setting keeps the temperatures at bay, while performances from big league acts like Axwell Λ Ingrosso and Armin van Buuren will keep you sweating from dusk to dawn. Make sure you fuel up with some of the extraordinary eats available at ZoukOut’s food village, and save time to check out the festival’s insane bungee-jump tower and sky bridge. As ZoukOut closes in on twenty years of good times, you know you’re in good hands with one of Asia’s most celebrated music festival fixtures.