For some people, thinking about the location of a festival conjures images of fields, mud (if you’re British), tents and not much else. But of course, festivals take place in a multitude of different venues and locations, from boats on the high seas to castles in deepest eastern Europe. In the summer time there is nothing better than checking your favourite band or DJ on a hot, sunny beach surrounded by half-naked festies. With that in mind, we’ve compiled a list of some of the best beach-based festivals taking place on the continent this summer…

Into its second year this summer, Love International is carrying the baton handed over by the legendary Garden Festival. What us Brits would call "The Daddy" of contemporary festival culture in Croatia, Garden and now Love International, represent high quality music with an amazing location. Tisno is a fishing village, and the festival is based right on the coast, with the Adriatic Sea at its edge. Croatian beaches tend to be formed from rock or pebble, so you’ll have to keep your shoes or sandals on – a minor issue when you’ve got the best electronic music DJs in the world at your service, together with impeccable weather and beautiful people. 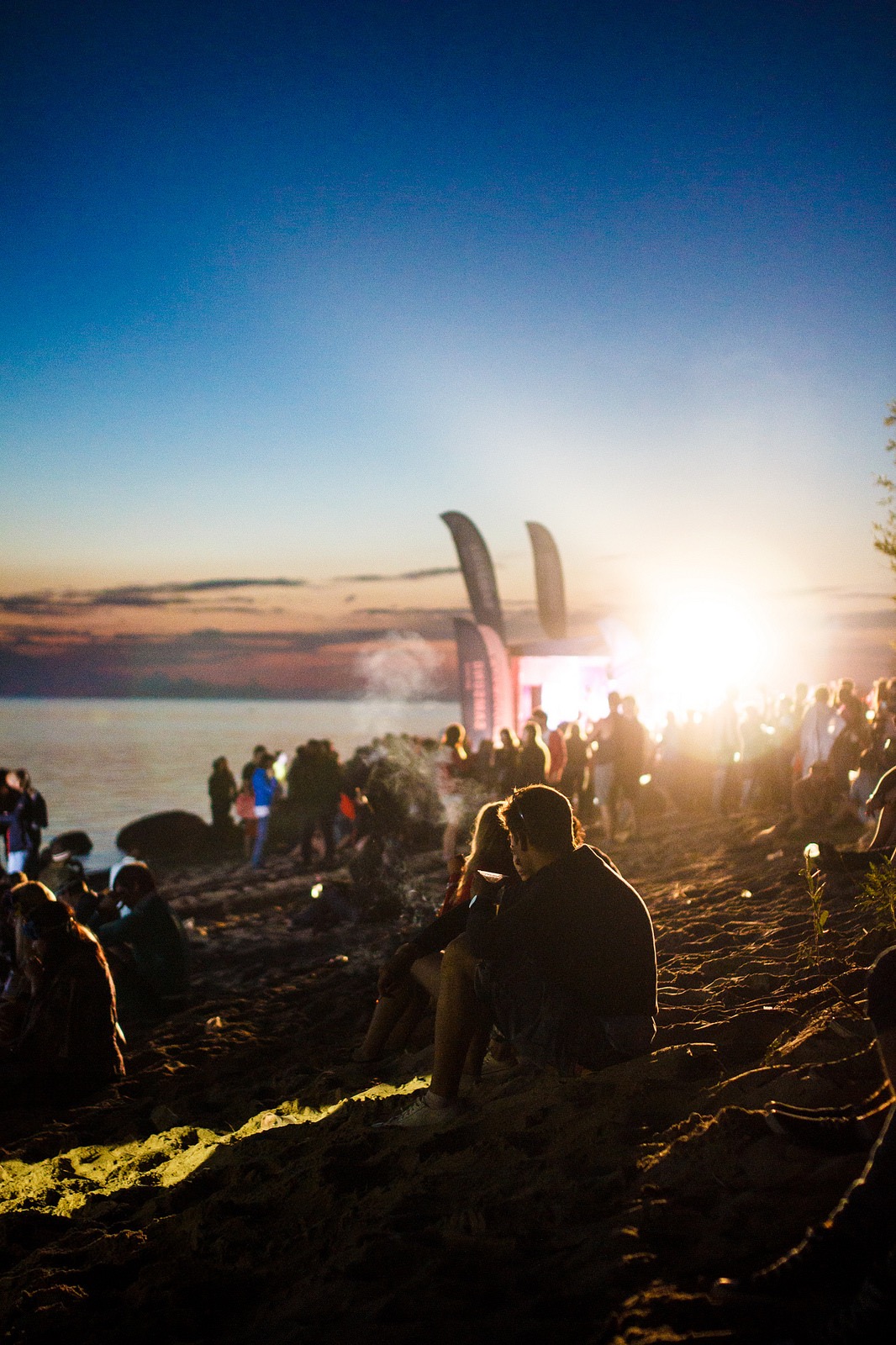 This festival is actually located in a forest…on a beach. A unique combination of woodland and sandy beach makes this a worthwhile trip. Every year the festival hosts 40,000 people and the location, which is slightly off the beaten track, is a big part of its allure. You can chill out at one of the many food or craft areas, located in the woodland part, and then hit the beach, which is just a few minutes walk and part of the entire site – so expect entertainment and the refreshing feeling of sea air blowing against your face while taking in the music.

At Benicassim everything takes place on the beach; people even camp in tents right next to the festival site and not far away from the sea. Temperatures soar during the summer, so being close to water is very useful at this fest. You’ll be hanging out, topping out your tan by day and, if you’re sensible enough not to get sunstroke, partying all night long when the sun goes down.

Zrce Beach is one of the original locations for large-scale music events in Croatia and, as a result, is well-equipped to deal with the thousands of people who descend on it every summer. Hideout is one of the best-known festivals that takes place there (others include Fresh Island, Sonus and Ultra Europe), and it takes over the entire beach, including all venues. The water is lovely, the views amazing and we recommend hiring a pedal boat to go out and do some exploring. Fantastic.

Away from the official Sonar site, myriad parties take place at numerous locations around Barcelona. Several of them are held on the beach, close to the edge of the city centre. Parc Del Forum and Mac Arena Beach Club are two of the main spots where you can enjoy the fresh sea air while having a boogie to the crème de la crème of electronic music DJs. 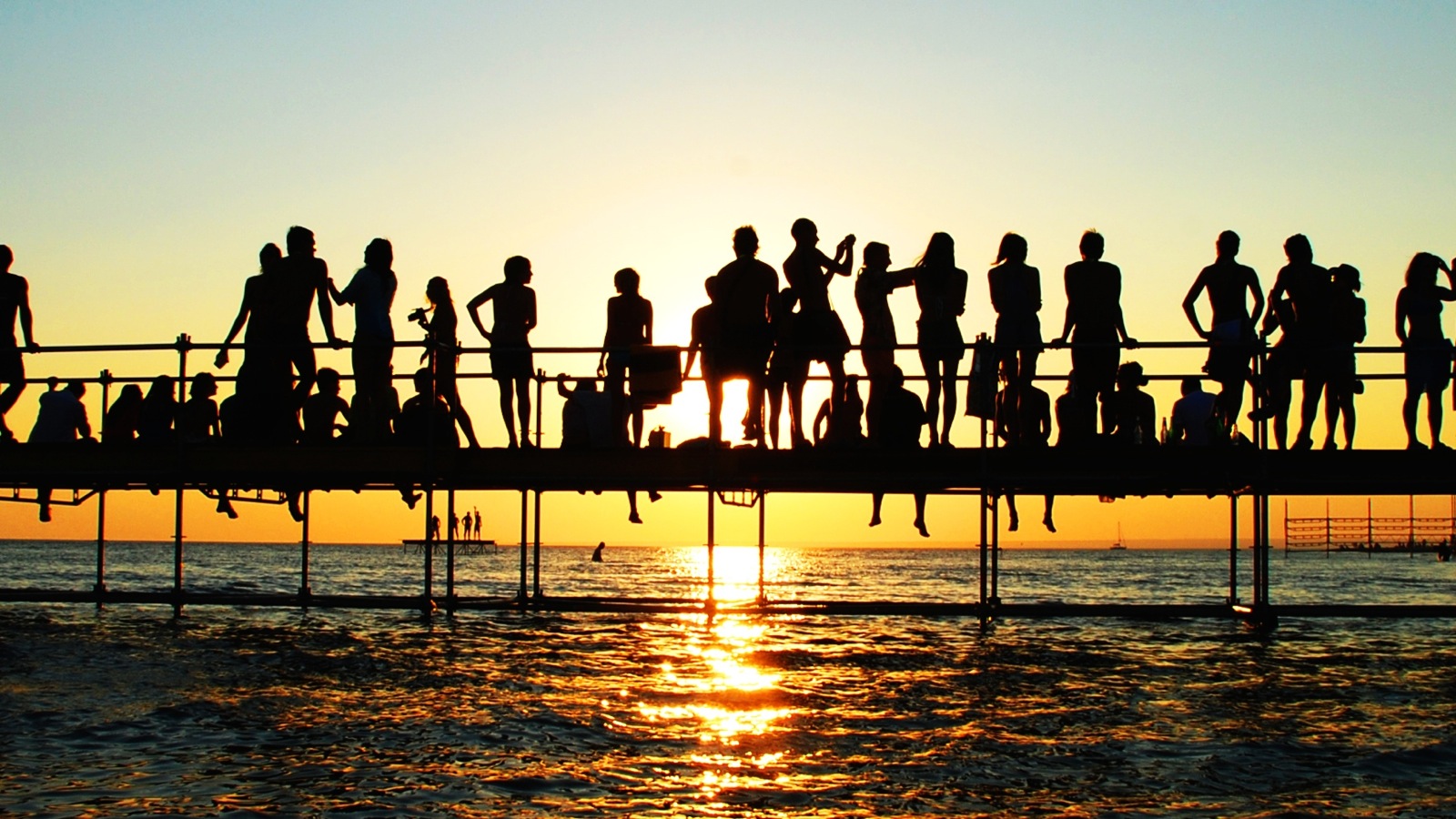 The Republic of KaZantip has had some trouble lately, with tensions between the Ukraine and Russia forcing the fest to change locations. However, organizers have managed to remain on the beautiful Black Sea coast, this year setting up in a fishing village called Anaklia. According to the team behind KaZantip, Anaklia has one of the longest, widest beaches in the region and the sea water is a lot milder than normal because it is less salty... lush! Always positive, and just a little bit silly, KaZantip 2017 is sure to be another classic edition.

OK, so Britain doesn’t have a great rep when it comes to the weather, but what we can promise is a very good time. Brits know how to party, no matter what the weather is doing, so a trip to Boardmasters is guaranteed to be a hell of a laugh. With the world-famous home of British surfing, Fistral Beach, not far from the festival grounds there’s lots to do off-site. Summer does get hot, so be warned, bring your suncream… for all the jokes about the weather in the UK, there is actually plenty of sunshine, too (sometimes).

For 25 years Sziget has brought people together on its magical island where fun, laughter and music are the core elements that glue everything together. It’s a special event that invites an assorted cast of underground heroes and lesser-known bands alongside some of the biggest stars on the planet. The festival has an area on its fringes, next to the Danube (like Exit, below), where festies can chill out and catch some rays away from hustle and bustle of the main festival area. 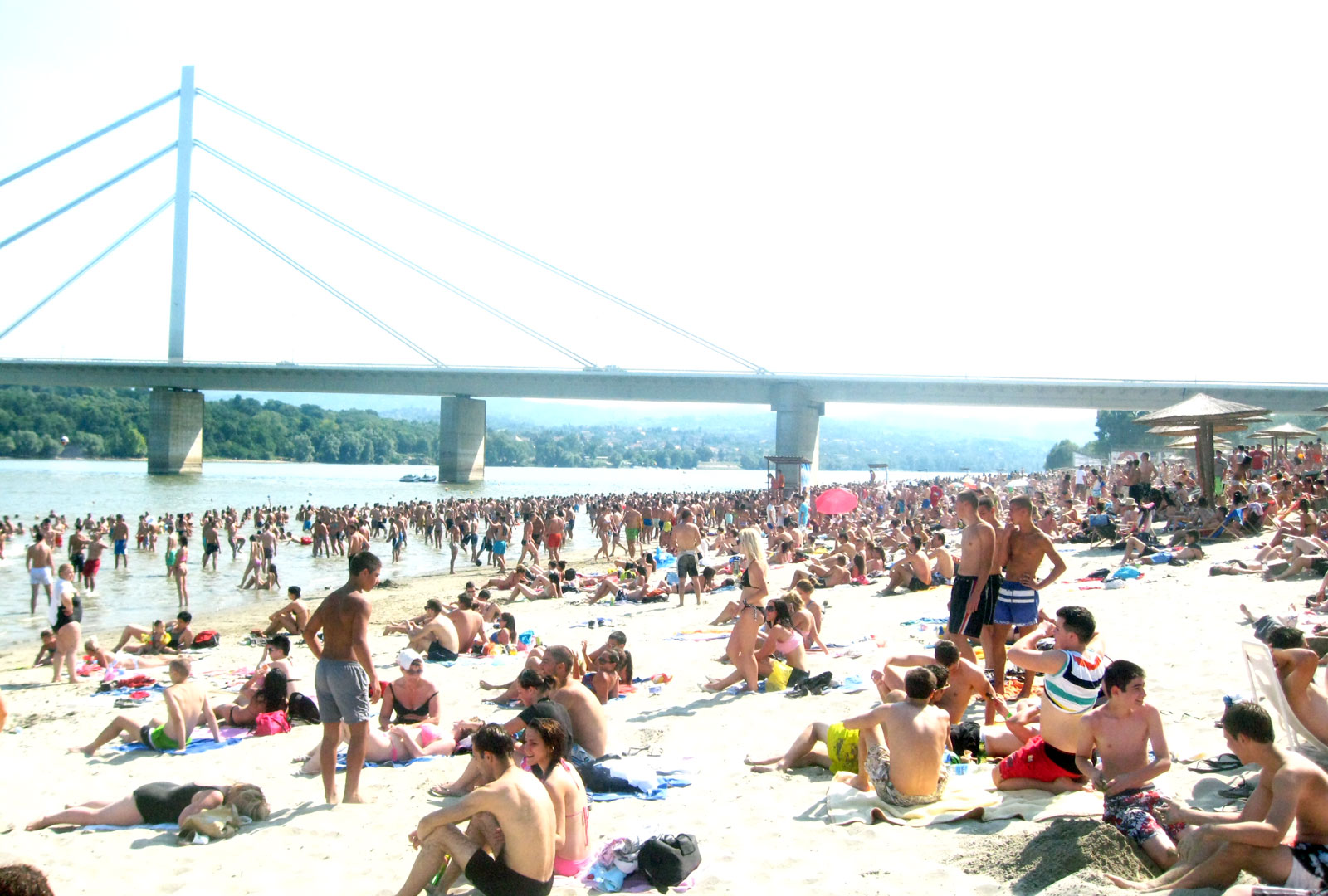 In Serbia Exit Festival is actually held atop a fortress next to the Danube river, with no beaches on the actual site. However, there is a "beach" which has been created for locals and visitors, on the bank of the river very close to the festival. In July, when Exit takes place, it is packed with people catching rays and chilling pre- or post-festival. It’s a novel part of the Exit experience, and one that we highly recommend. So, not exactly a festival "on the beach" but one that certainly has a very interesting beach. (Exit also organizes Sea Dance Festival in neighboring Montenegro, which IS a beach-based festival and a very good one, too).