Oh, Electric Daisy Carnival , how we love you so. Let us count the ways.... 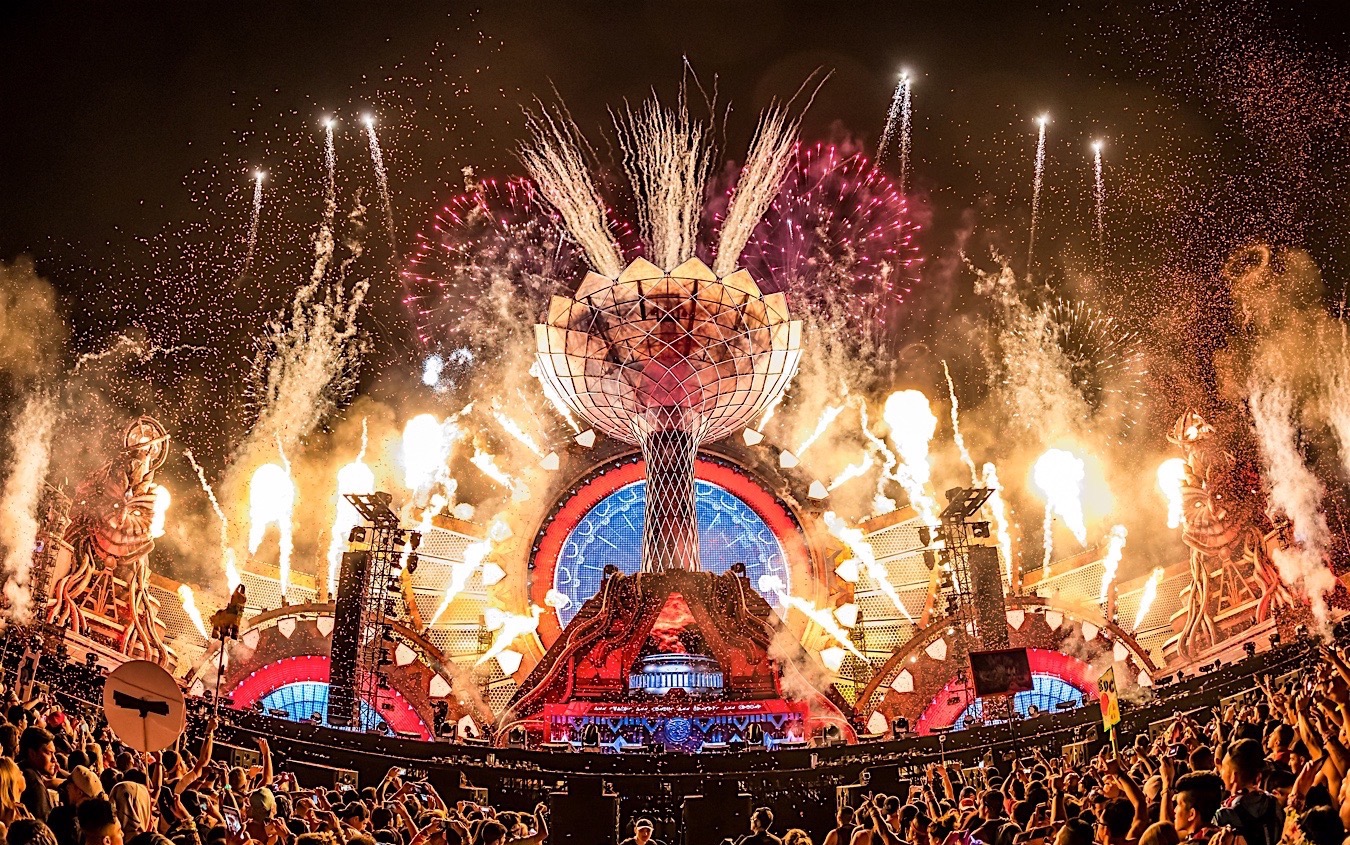 Each night of Electric Daisy Carnival (EDC) around midnight, the sky is set ablaze with an awe-inspiring display that makes Disneyland's look like the sparklers at your childhood backyard barbecue. It’s a poignant moment when the collective effervescence of over 130,000 people crystallizes, as every eye turns skyward. 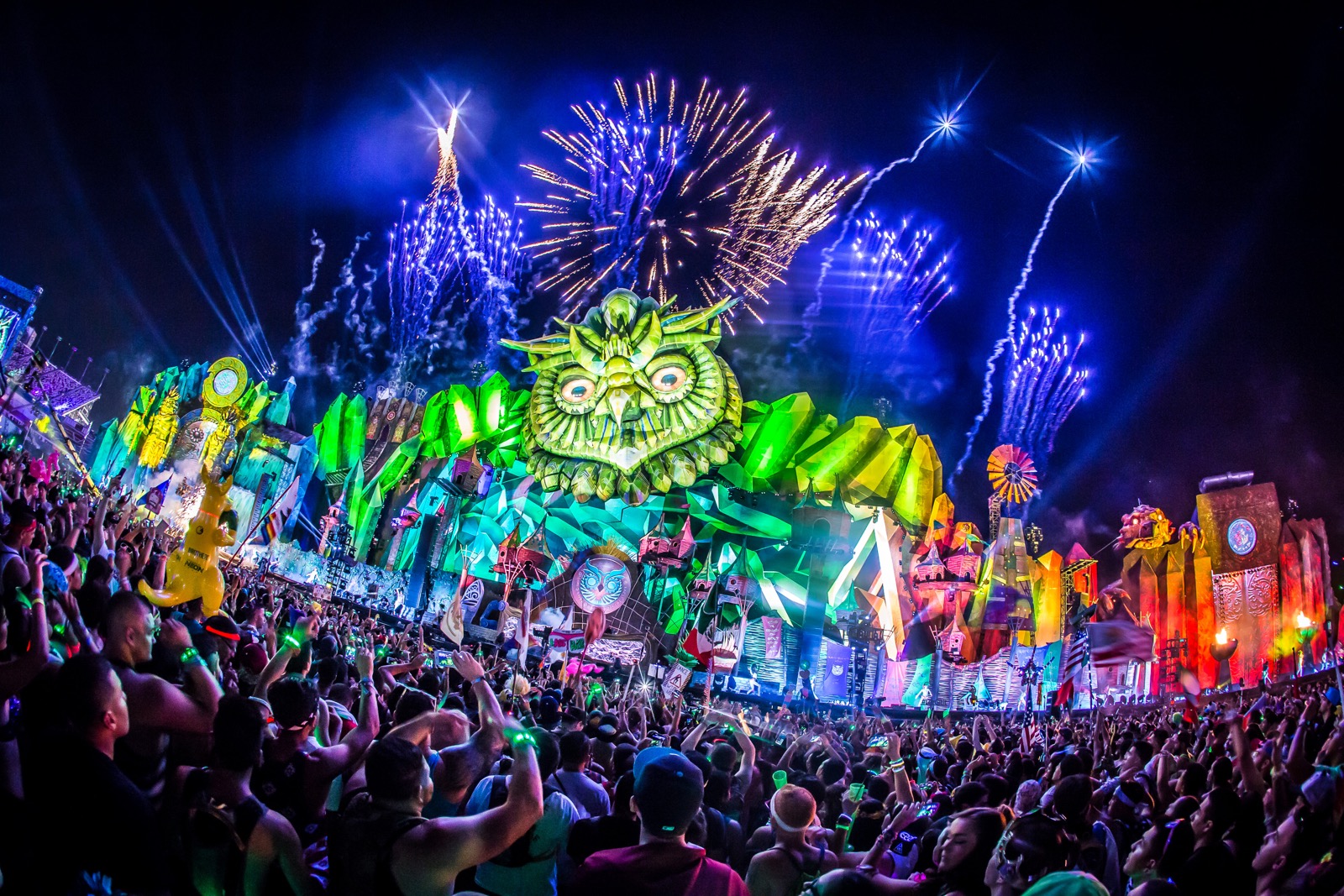 Insomniac's imaginative crews have taken stage design into a new frontier. Among the eight arenas are some immense marvels of stage design. Most notable is the kineticFIELD, the crown jewel of EDC. In 2016 the main stage retained its record-setting status with a width of 440 feet (about 80 feet larger than a football field), and an LED-jeweled tree that stood 90 feet tall. As if that isn’t enough, the stage featured fountains, 33 flame throwers and 1,400 light fixtures.

EDC’s other seven stages are no joke either. There’s the dystopian wasteLAND that puts a post-apocalyptic spin on a new city each year; this year they lay waste to the ancient city of Egypt. And there's the bass music-focused bassPOD, whose iconic, flame-spitting robots will be retired after this year’s festival. Each stage has its own unique aesthetic that encapsulates a unique vibe and submerges festival-goers (Insomniac calls them Headliners) in complete audiovisual nirvana.

Carnival Rides in 80 Degree Heat at 4 am 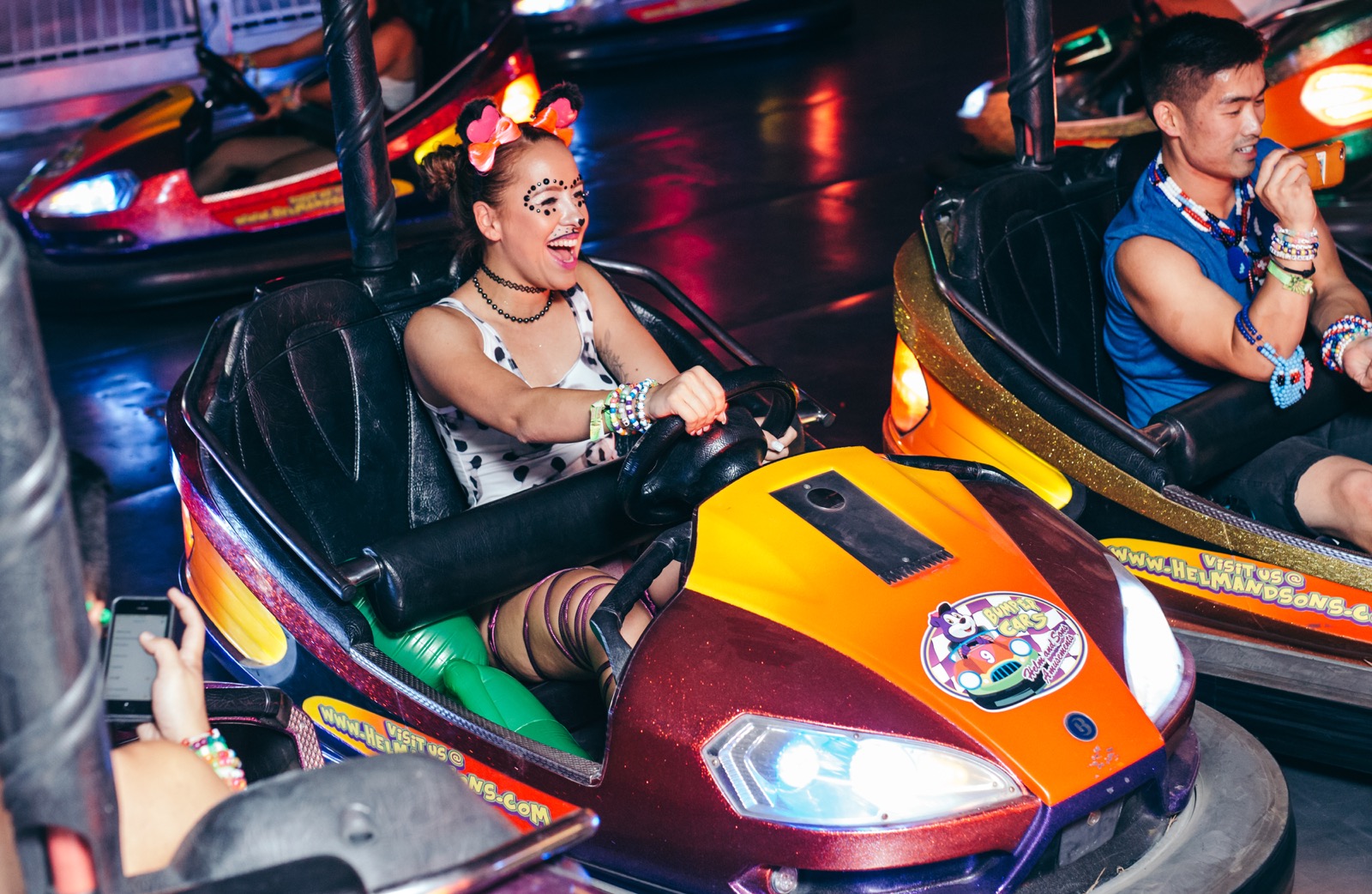 There is no skimping on the carnival fun at EDC – after all, they don't call it a carnival for nothing. Carnival square, located at the center of the festival grounds, has plenty of free games to enjoy during the toasty temps of nighttime. But some of the best views and biggest thrills come from the many rides sprinkled throughout the Speedway. Taking a spin to the top of the Ferris wheel to catch a breathtaking 360-degree view of the entire festival is a moment that’s well worth the 30-minute wait in line. I generally opt out of the crazier rides, but there’s something about crashing into strangers in bumper cars that is strangely exhilarating. 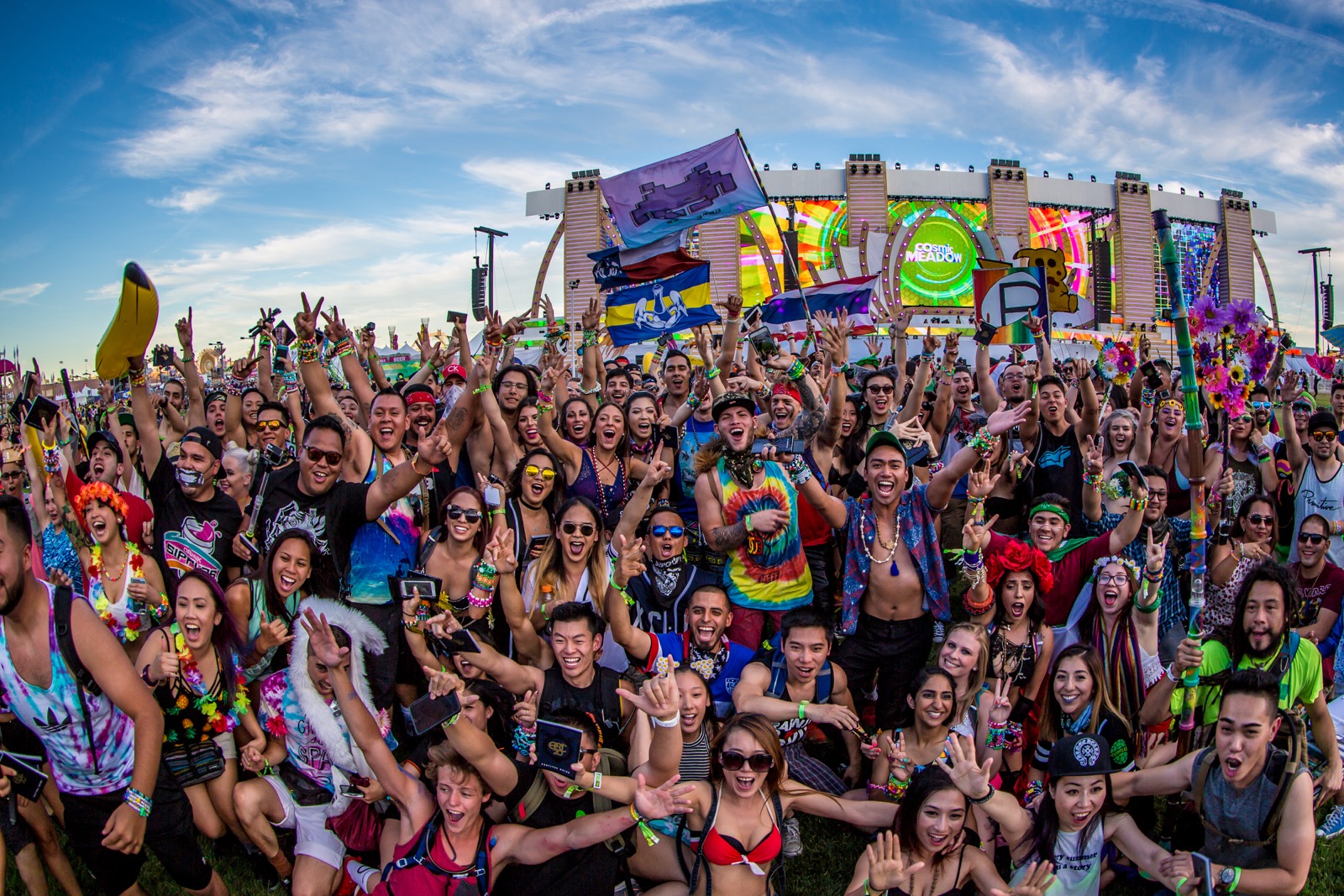 Insomniac was born of the first wave of raves in the early 90s, and it’s clear that they haven’t forgotten the spirit of love and acceptance native to that scene. This is truly a place where everyone can let their freak flags fly, or not…it's whatever you want. PLUR is strong here and it is felt in every interaction you have, whether it be with the stranger dancing next to you who shoots you a genuine smile or the person standing behind you in line waiting for the Freak Out ride who strikes up a conversation to pass the time. EDC is a place where new friendships are forged and old friendships flourish. 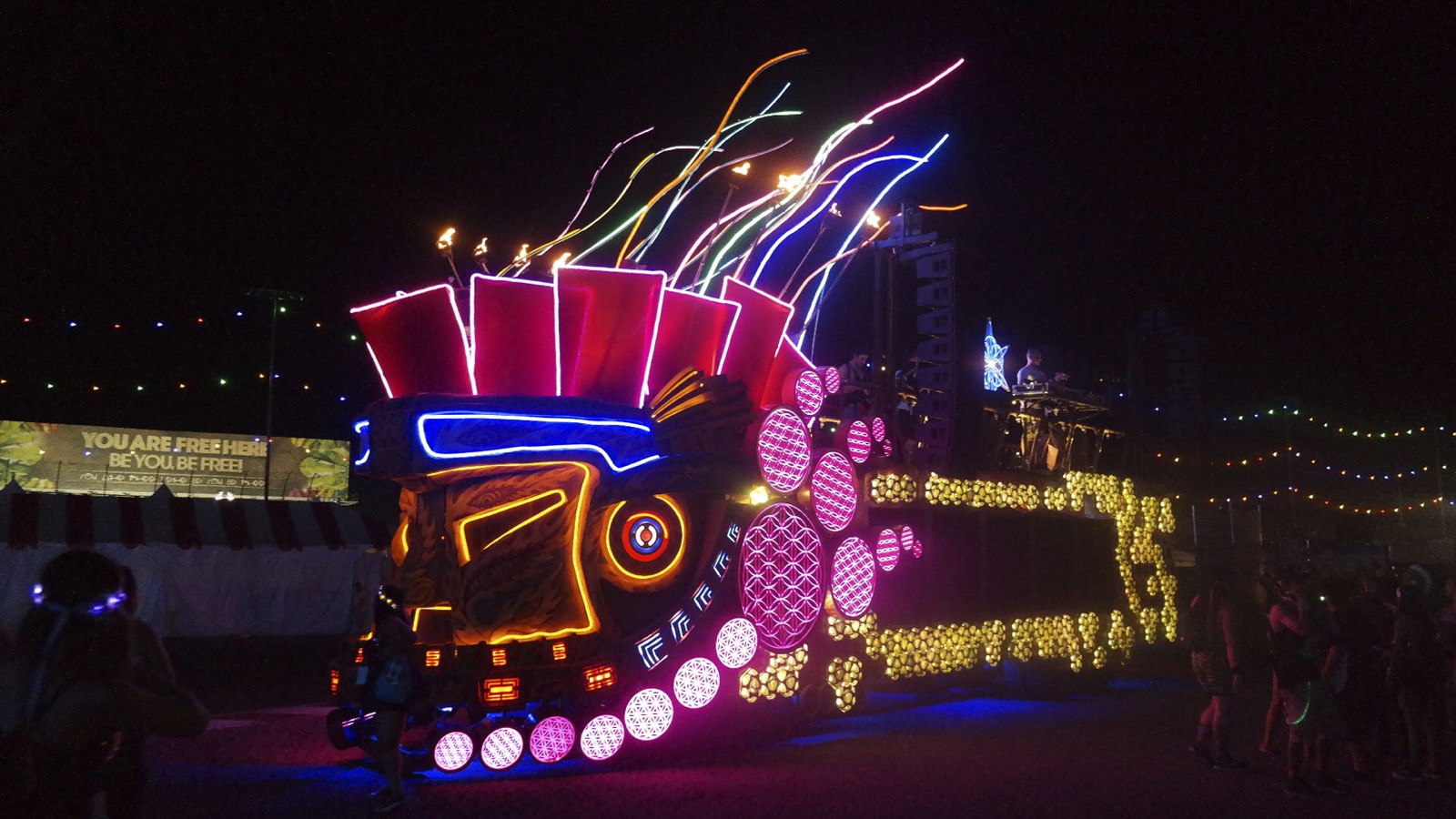 One of the many things that Insomniac has borrowed from Burning Man over the years were beautiful, and often nostalgic pieces of moving art. It’s not uncommon to see Inkie and Blinkie – the ghosts from Pac-Man – bumping drum & bass, or El Pulpo Mechanico spewing flames into the Electric Sky. Insomniac has even commissioned its own art cars: Wide Awake, Boombox, Kalliope and the newer Parliament, which features a 55-foot mobile dance floor, four flame cannons, and a crackin’ Funktion-One sound system.

Besides being feasts for the eyes, they also feature their own special lineups of experience creators dropping dope beats each night. Adding this special element of mini parties within the larger event makes walking through the festival that much more fun. Every year’s art car lineups are packed with an extra-large helping of emerging artists; some of these producers will be making their way to the larger stages very soon, so it’s a great time to catch them in a very intimate setting.

You never know who is going to pop up on stage at EDC, or who will decide that it’s the perfect time to throw down a special impromptu set somewhere off the beaten path. In 2017, Drake turned up onstage at Metro Boomin's set. During EDC’s 20th anniversary, dance music legend Robin S came out to belt the lyrics of her hit “Show Me Love.” In 2015 Above and Beyond brought out Bryan Cranston of Breaking Bad to “Push the Button,” seen above. And after his main stage set in 2016, Kaskade pulled of a deeper and more intimate “Redux” set inside the Sky Bridge, one of EDC’s pieces of interactive art (he also footed the bill for the sound system).

Every night there are several cameos and completely off-the-wall moments that make the feeling of being there so very special. Insomniac's Head of Talent Dave Ralph announced what he called “pop-ups” last year, which dominated a lot of the chatter around EDC weeks after it was over. 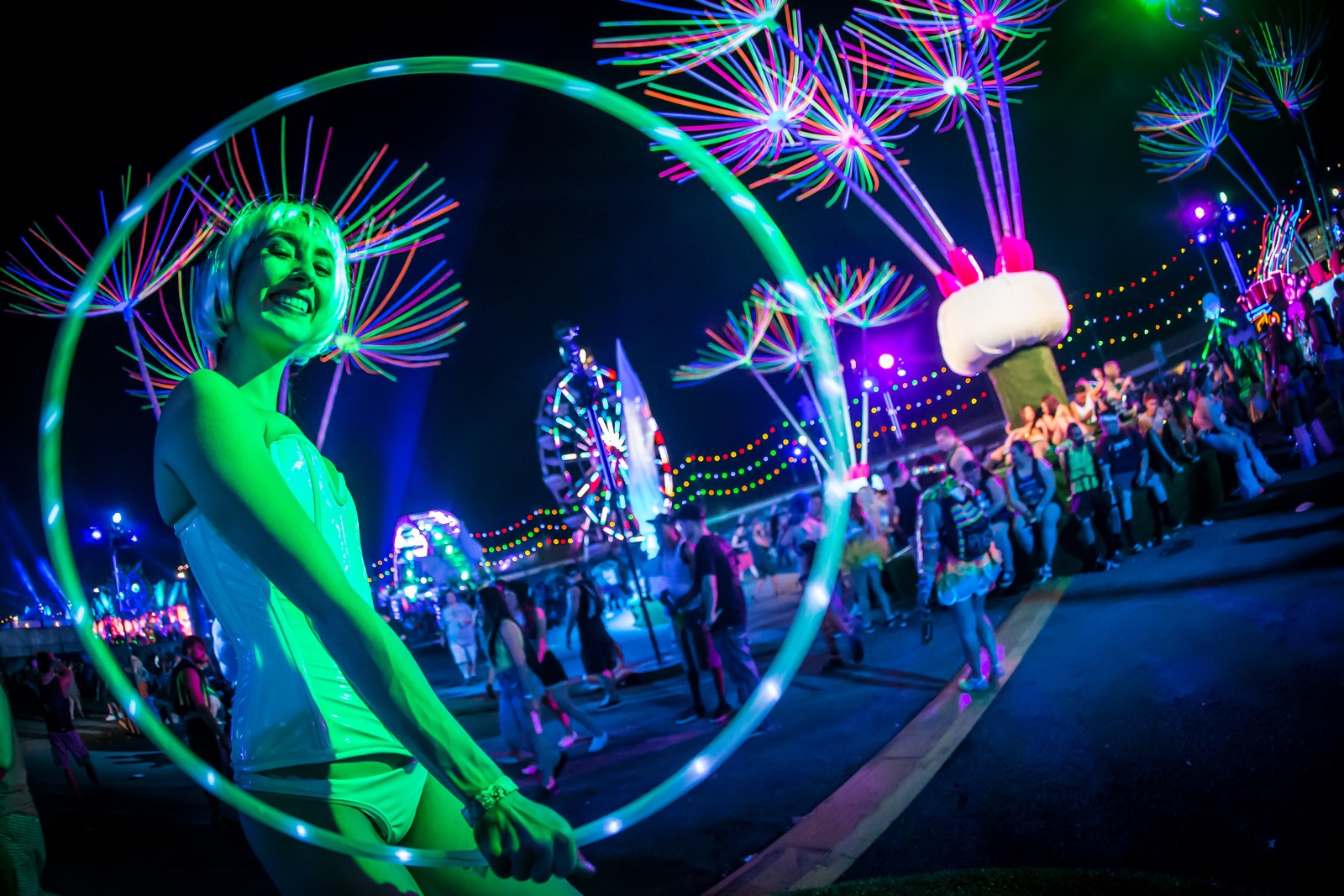 There are few festivals during which you can experience perfect weather all night. As the sun begins to set over the Speedway that infamous Vegas wall of heat turns into something more bearable, and makes wearing next to nothing totally appropriate. At no point during the night do you even need a jacket. It’s all clear skies and lows in the 80s until the sun comes up. 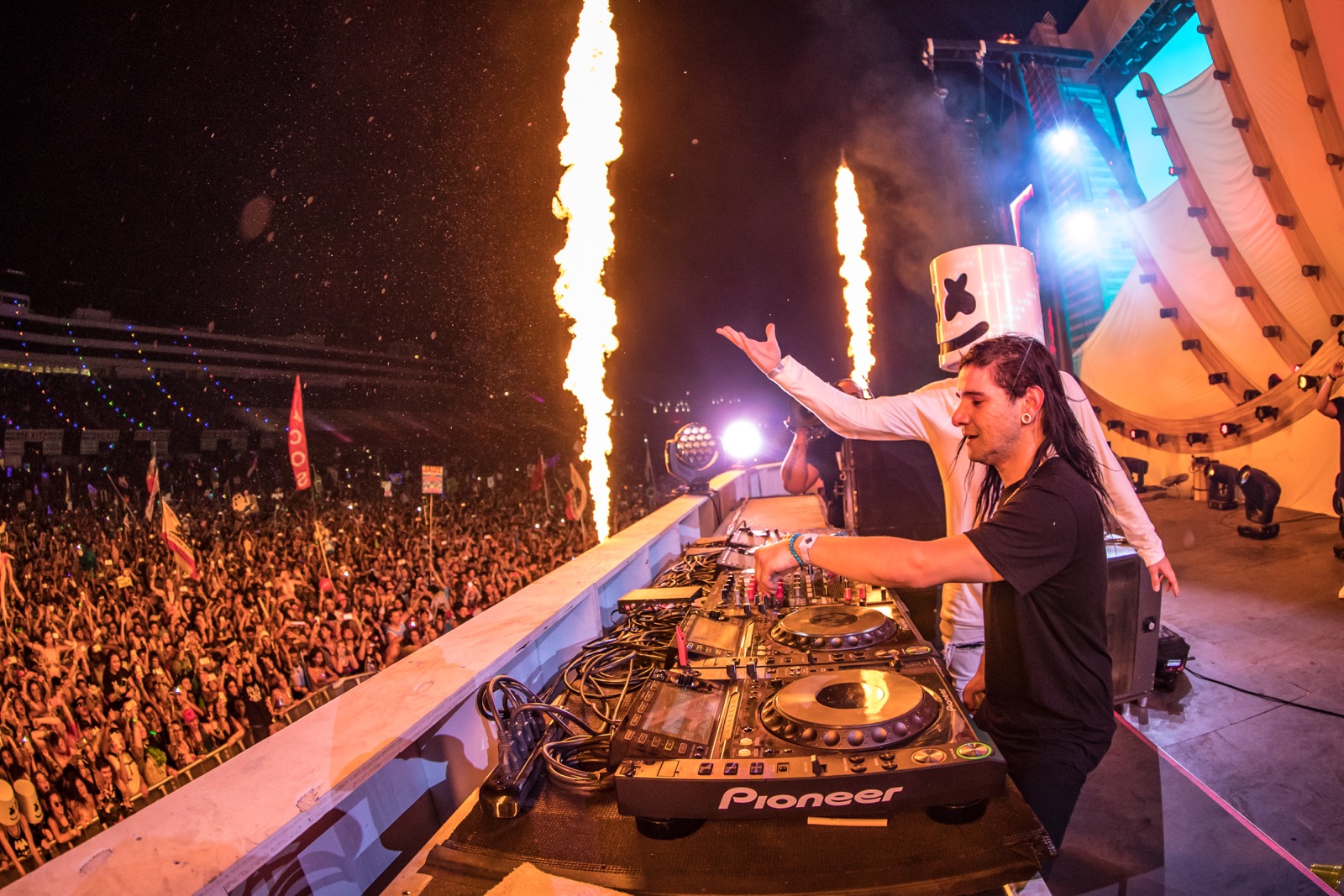 There is fire seemingly everywhere you look. Most of the big stages have some fire element, whether big or simply massive. The bassPOD stage, designed by Vita Motus’s Heather Shaw, features ultra-futuristic “robots” which make up the stage design and spew massive streams of fire several stories into the night sky.

Photo by: Curious Josh for Insomniac

Art is awesome, and it’s even better when you get to climb on it. The landscape of EDC is dotted with big art that's meant to be touched and experienced. Each year new installations are added, and many old favorites return. It’s always a good idea to take your time and explore every inch of the Speedway, because you never know what lies around each corner. 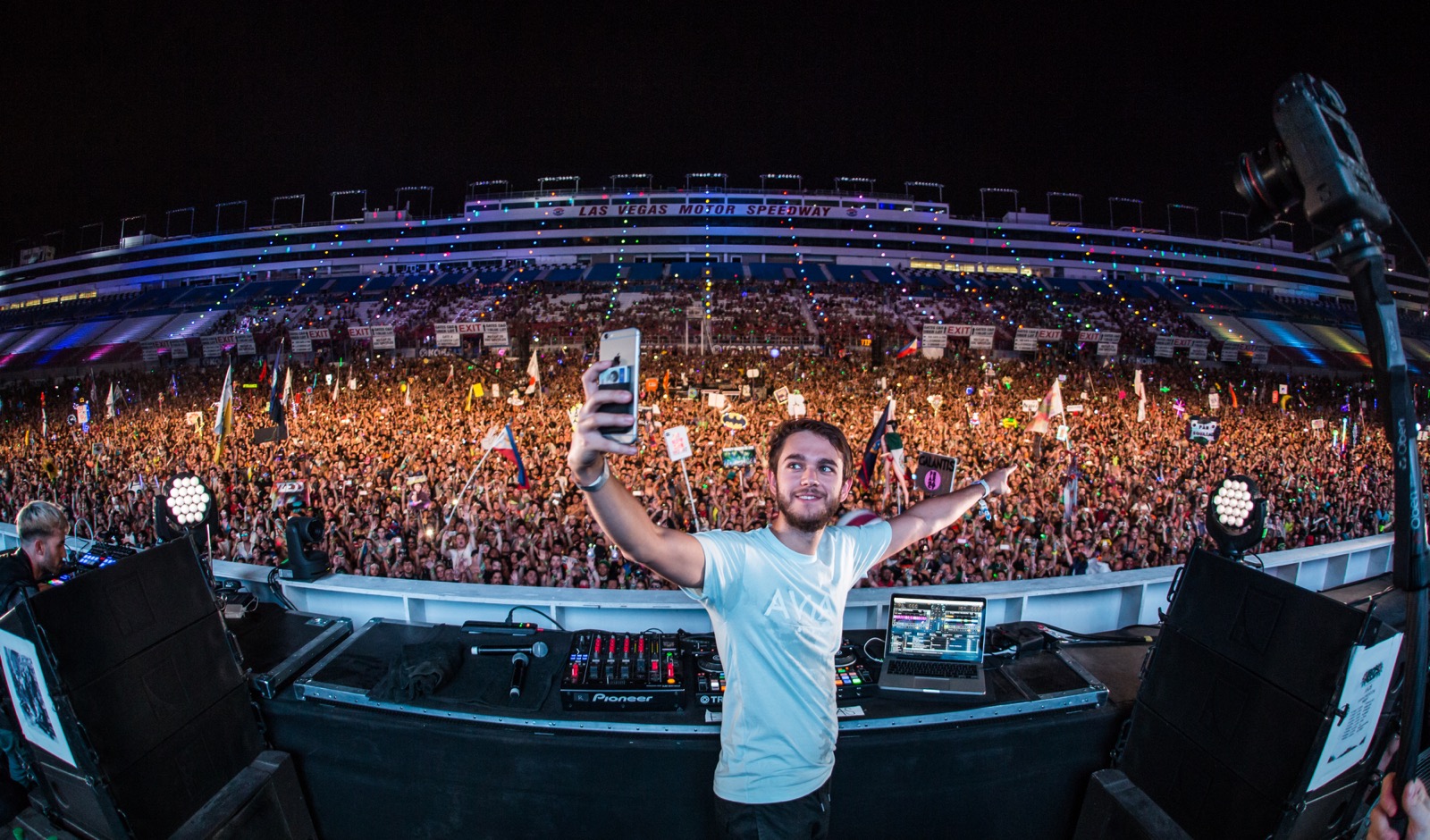 Let’s be completely real here: EDC often gets stereotyped, but if you take a closer look those stereotypes are entirely untrue. This isn’t a festival for the under-30 EDM-obsessed crowd. It’s got something for everyone. The neonGARDEN’s entire three-day lineup has been meticulously curated by some of the most well respected names in house and techno. If all you want is bass music, hang out at the bassPOD all weekend and headbang to your heart's content. If you like your beats harder, faster and stronger, stomp around wasteLAND. There's even a trance stage this year called quantumVALLEY. No matter what your taste is in dance music, there is somebody making it happen at EDC. Take this as your opportunity to release yourself from the musical elitism that may be holding you back from enjoying something new.