Since its inception in 1999, the Voodoo Music + Art Experience has made Halloween in New Orleans a bucket list festival for costume-loving revelers everywhere. During its history, the three-day festival has hosted over 2,000 artists and more than one million attendees who've gathered to join the ritual, worship the music, and laissez les bons temps rouler. See what’s got us so excited about Voodoo Fest this year. 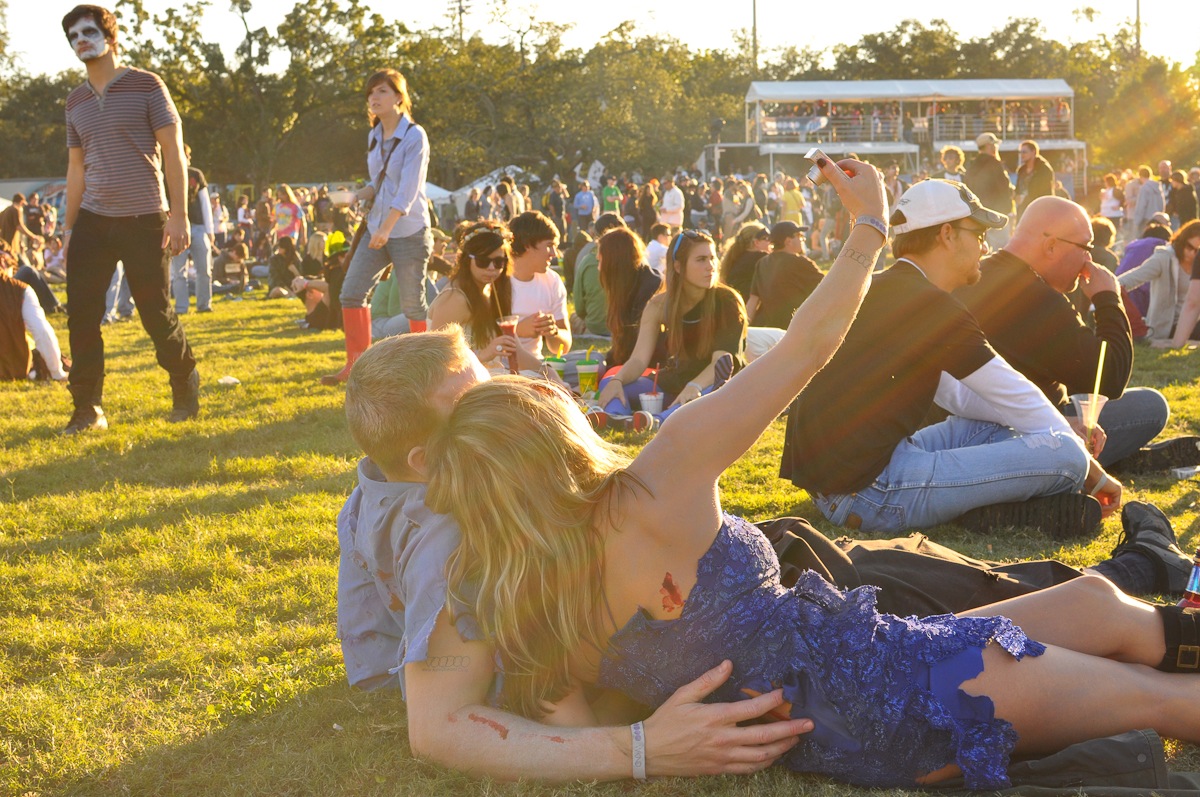 The location is one of the biggest perks, quite literally. Founded in 1853, City Park is one of the biggest and oldest urban parks in the country; it's nearly double the size of Central Park in Manhattan. The park is home to the world’s largest collection of mature live oak trees, with some more than 600 years old. Inside its sprawling 1,300 acres, you will find botanical gardens, a sculpture garden, an amusement park, a mini golf course, stone bridges leading to tiny islands, soccer fields, tennis courts, stadiums, horse stables, lagoons, lakes, bayous, and so much more.

The Magic of New Orleans 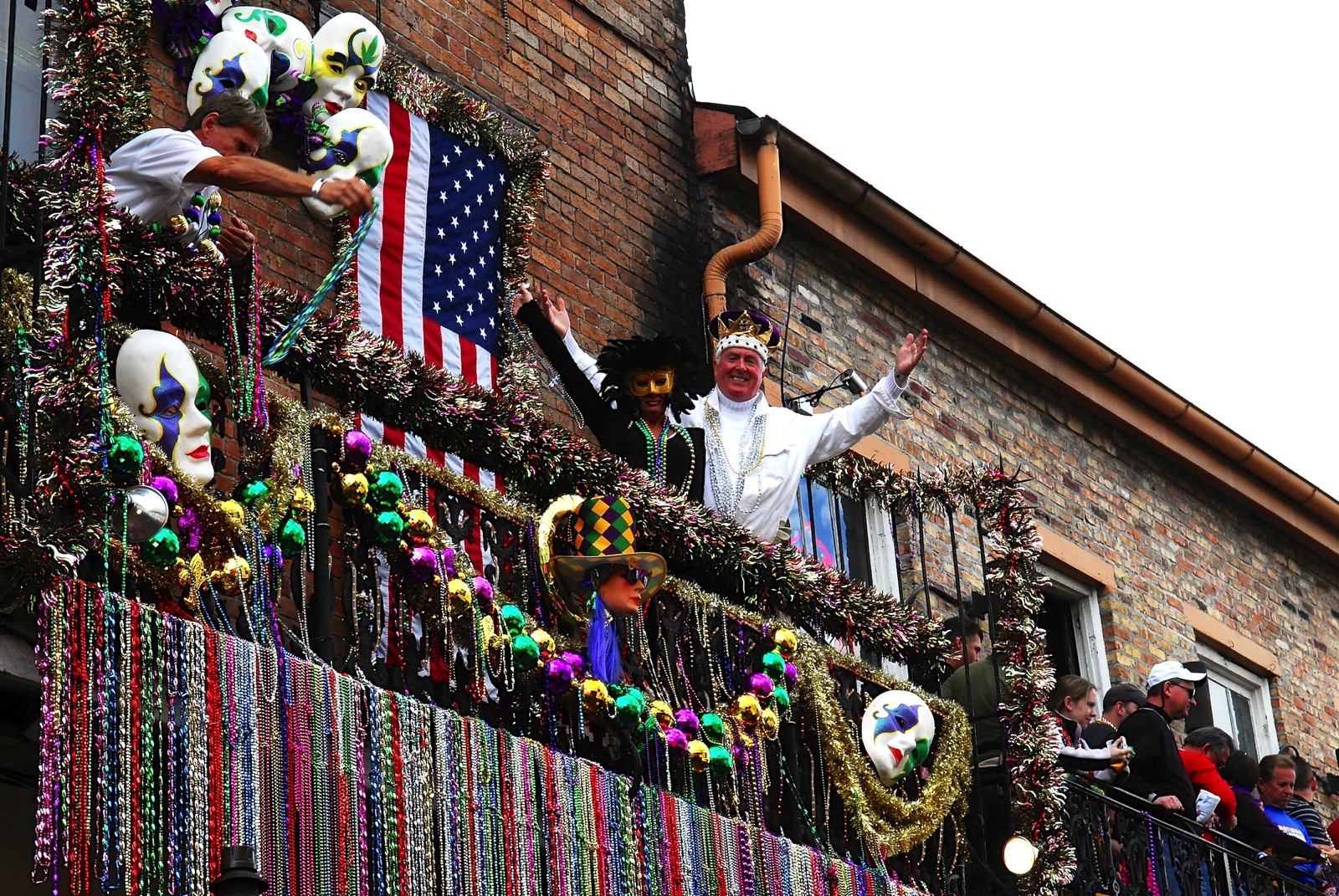 Here, we have our own food, our own culture, our own music, even our own words (lagniappe, anyone?), and Voodoo does an amazing job highlighting the Big Easy's charm. How we do things in New Orleans may be a bit of a culture shock to others: drinking in the streets, dressing up in costumes just because, dancing in a second line through the French Quarter. But that's what makes this place so magical. New Orleans has spirit, soul, and a certain mystique that Voodoo Experience showcases. 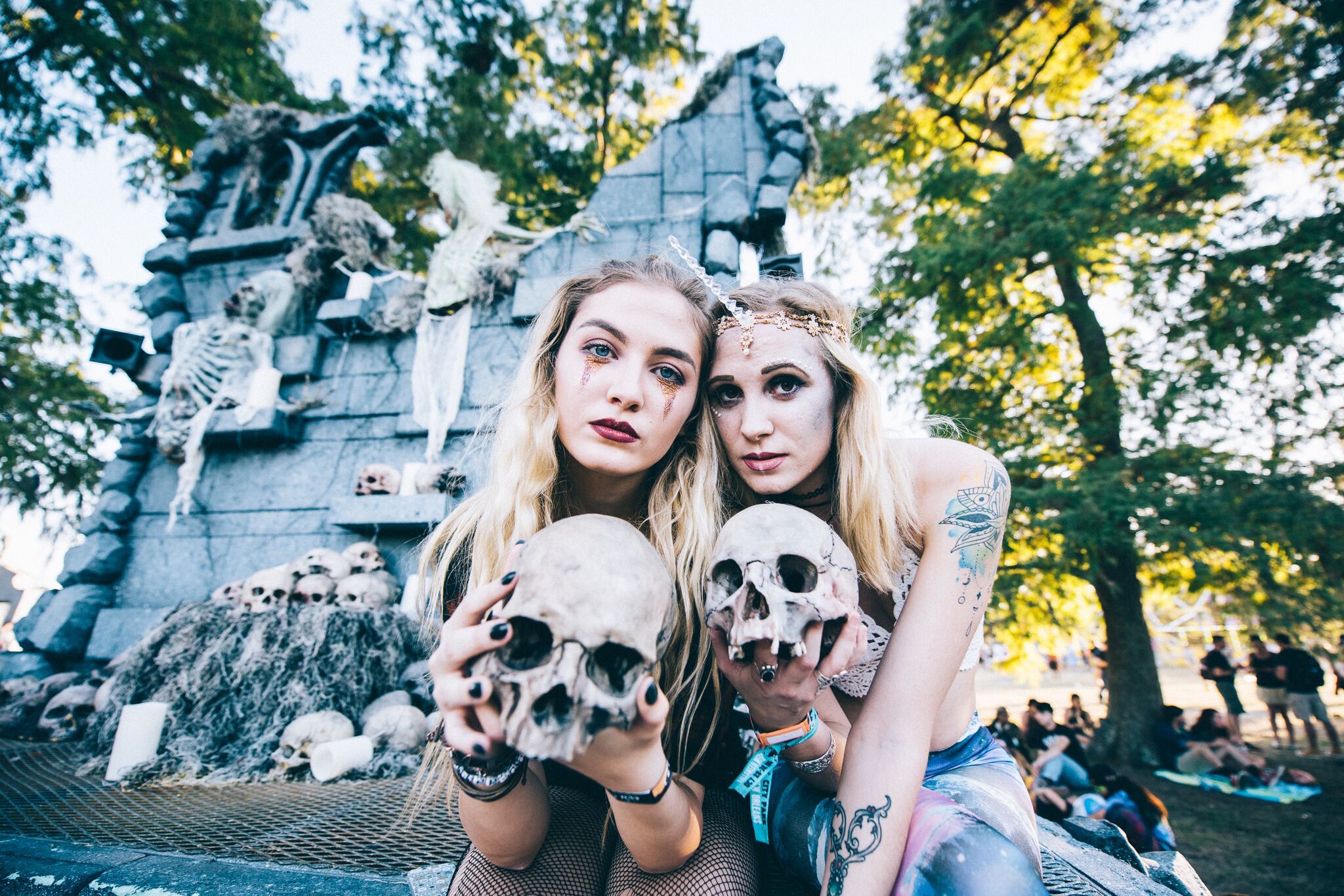 Okay, so it's not all about worshipping the music – amazing interactive and immersive, large-scale installations from both local and international artists are scattered throughout. In past years, installations like Cone V2, an acrylic tube structure lit with LEDs and fixed to a turntable allowing attendees to interact by spinning the sculpture; and Face Forward, a large, metal human face letting spectators operate a series of levers to manipulate its facial expressions were the art du jour. These days Voodoo commissions large-scale art from respected talents erring on the spooky side, meant to evoke the festival's namesake religion that permeates its hometown. Look for huge santeria candles whose labels tout the different spells they're meant to cast, big skulls, zombie horses, and cemetery gates. 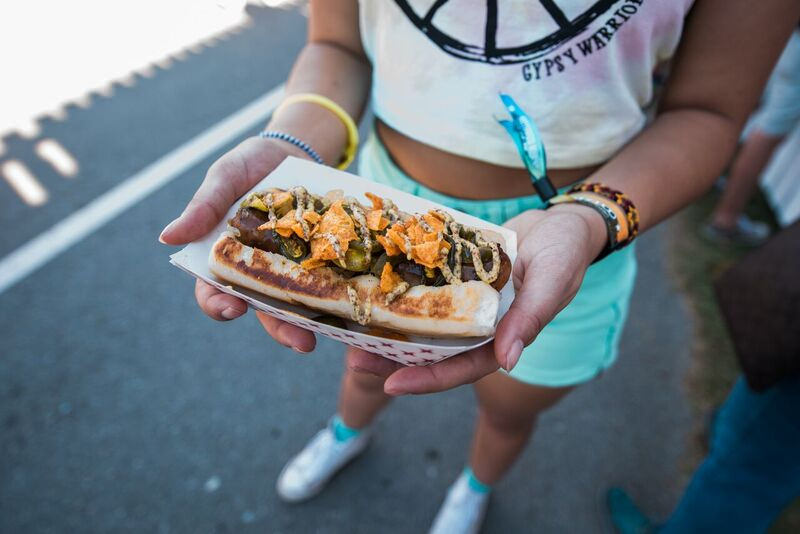 The Forked Up Food Court at Voodoo is your opportunity to sample some of the most incredible homegrown dishes the Crescent City has to offer. Forget the crappy festival food you’re used to. This isn’t the place to order a funnel cake. New Orleans has a unrivaled food culture of its own, blending Cajun, Creole, French, African, and everything in between; there are also plenty of vegan, vegetarian and gluten free options.. Treat yourself to bowls of jambalaya, dozens of charbroiled oysters, and lots of crawfish bread. From Blue Oak BBQ and Dat Dog to Jambalaya Girl and Boucherie, there’s something for everyone. 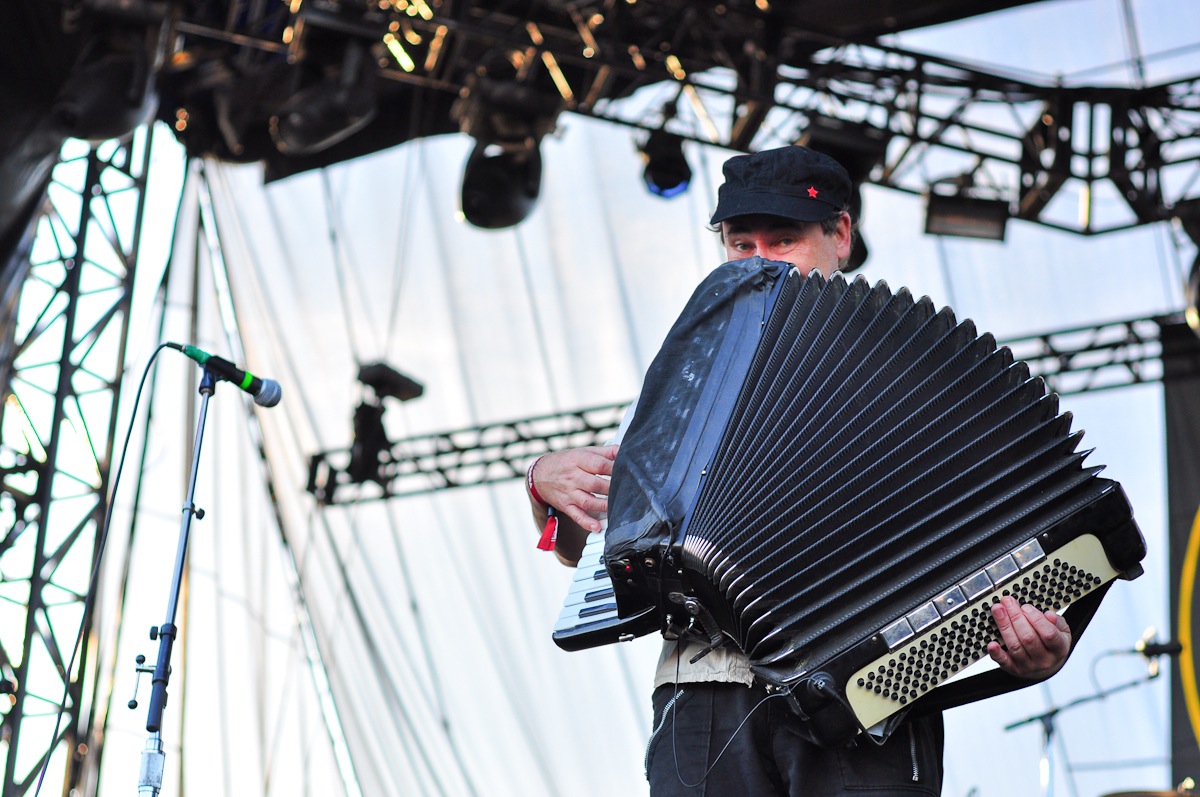 As mainstream as it has become, Voodoo dedicates a portion of the lineup to local and regional acts. New Orleans artists have their own sound; it simply can’t be replicated. Be sure to check out hip-hop artists Alfred Banks and Malik Ninety Five, dance music maestro Carmine P. Filthy, NOLA DJ Herb Christopher, Flow Tribe and many more for a real local music experience.

A diverse mix of rap, rock, local bands, and EDM, Voodoo Fest is a gumbo of music. All the different genres merge into one vibe for the weekend. It’s one of the only festivals where you can catch local musicians sit in and jam out with big name headliners. With everyone from Kendrick Lamar to Foo Fighters, to Dillon Francis and many more on the schedule, this year’s lineup may be one of the diverse yet. 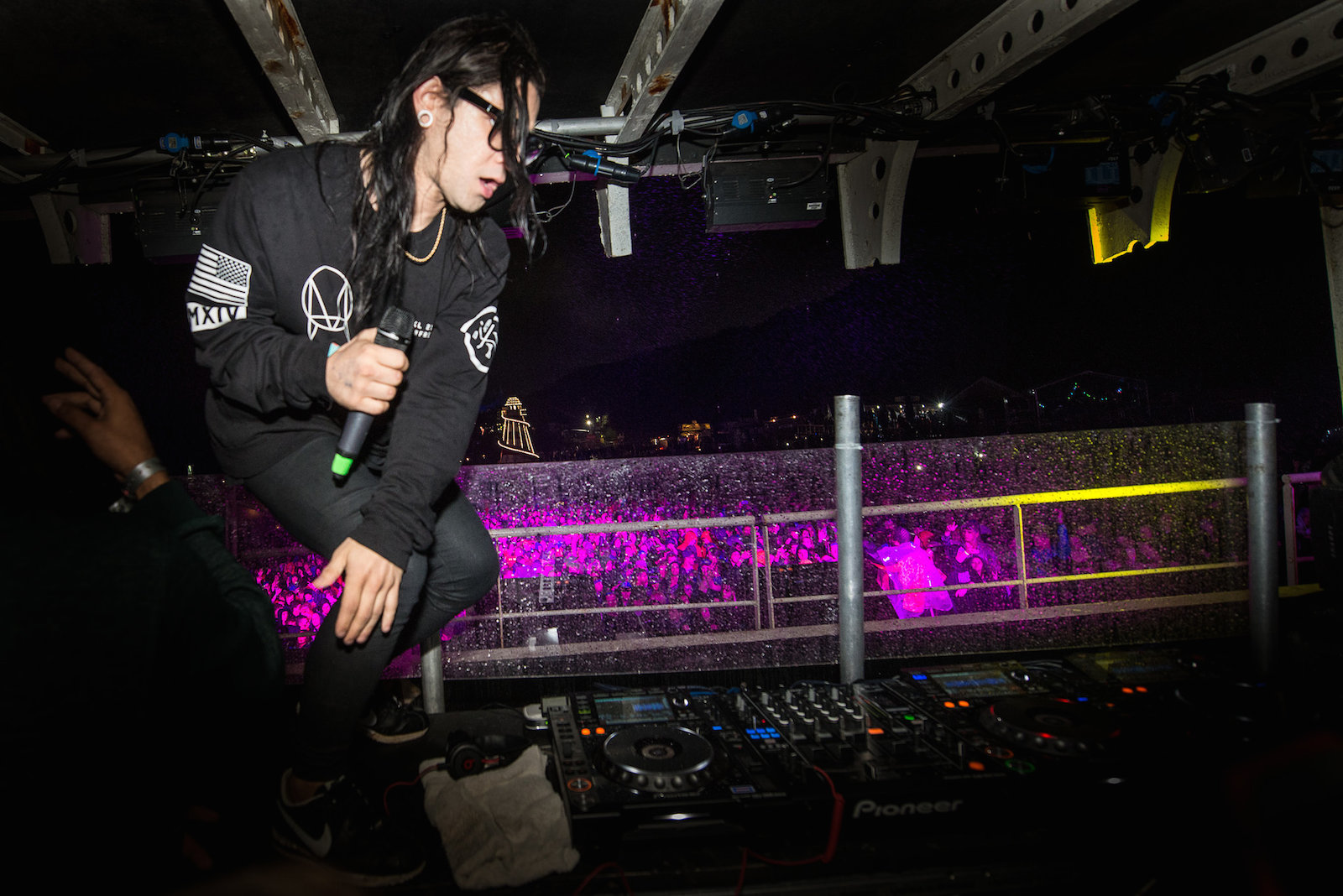 In a town that is notorious for celebrations, the party doesn’t end after the last act. Voodoo’s late night shows – dubbed Deja Voodoo – give festival-goers the opportunity to see more music around the city once the show in the park ends. This year’s official after shows include the amazingly passionate and cathartic Prophets of Rage (members of Rage Against the Machine, Public Enemy, and Cypress Hill) with DJ Mel, Ghostland Observatory, Yellow Claw, LCD Soundsystem, and Ron Gallo – just to name a few. That doesn’t even include the countless Halloween shows throughout the weekend at other venues across town. Perhaps we’ll even get another surprise sunrise set from Skrillex like we did in 2015. 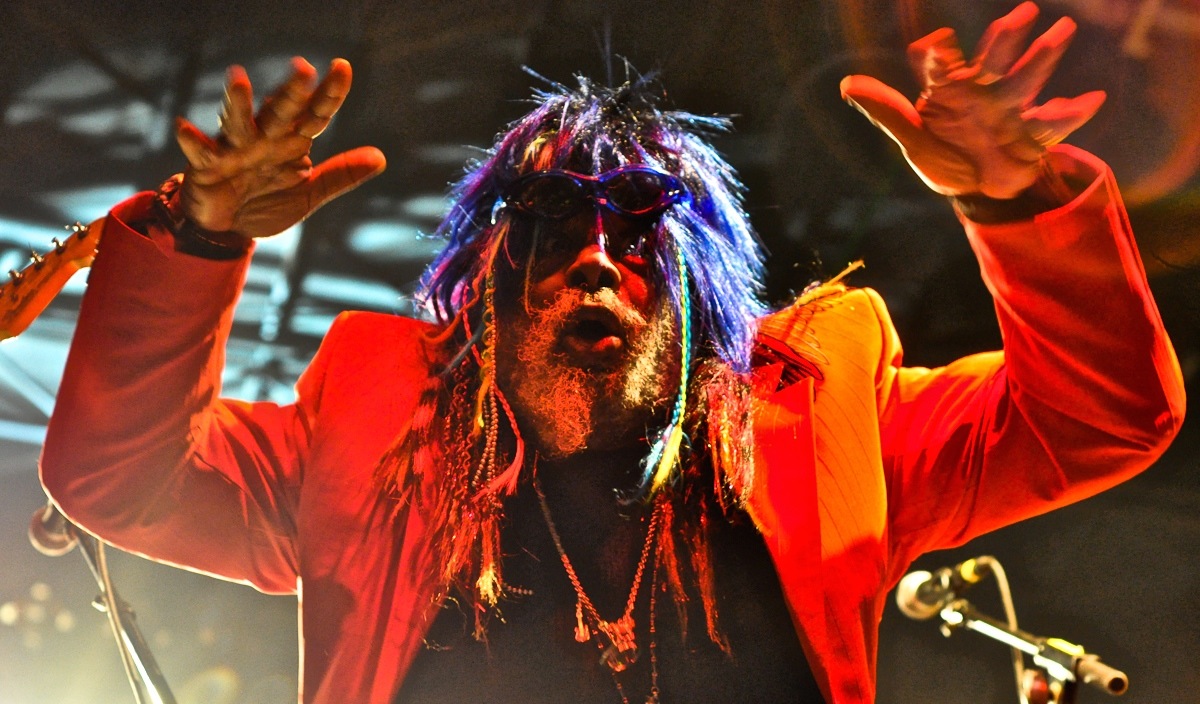 Each stage at Voodoo is designed specifically to showcase different sides of the festival and its New Orleans home. Altar (formerly known as Ritual) is the main stage and home to the more mainstream acts. At the Wisner stage, you’ll find indie groups and lesser-known but awesome hip-hop acts. South Course specializes in live acts. 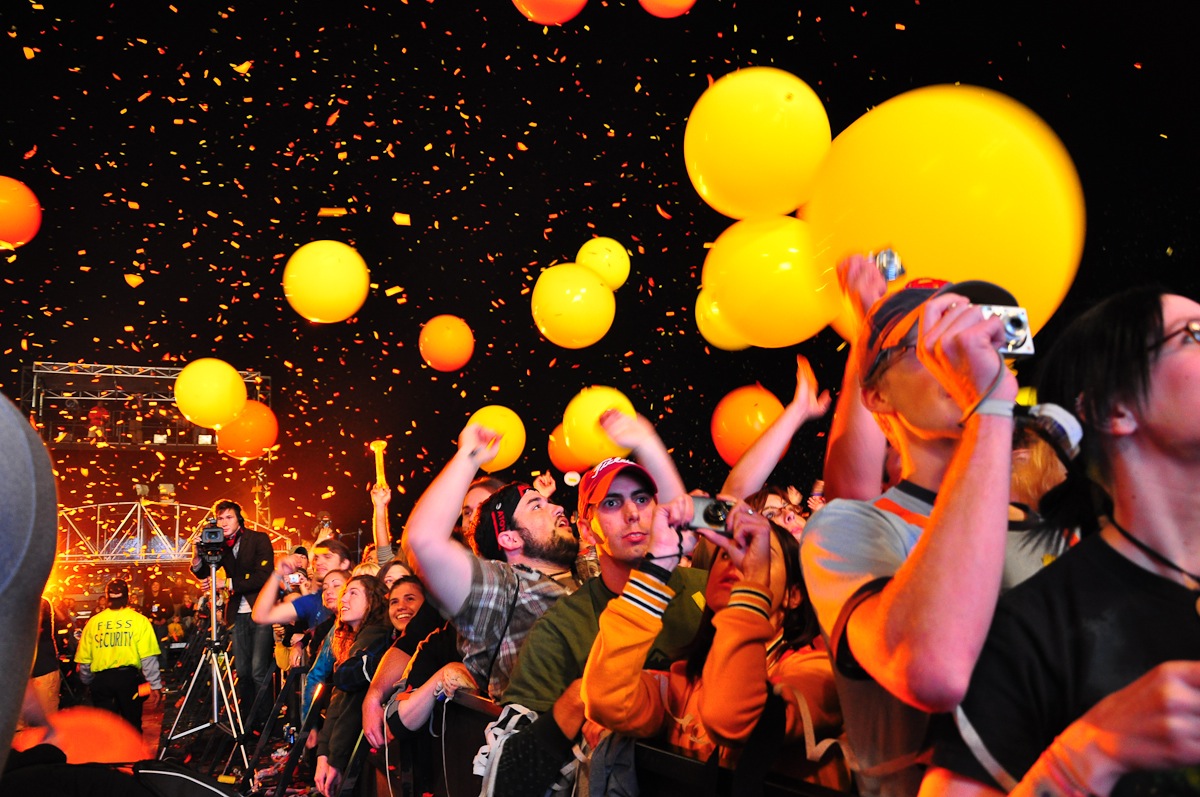 Electronic music has a special place at Voodoo, literally. In 2010, the festival responded to the demand for electronic acts and gave EDM its own special home on the festival grounds. Named after the acronym for peace, love, unity, and respect, Le Plur is the place to go if you’re looking to dance. The stage is sponsored by HARD, the L.A.-based EDM promotion and events firm that produces shows all over the world. HARD’s involvement with the festival is the result of corporate teamwork, after HARD was acquired by Live Nation in 2012 just before Voodoo’s majority stake was sold to Live Nation. Follow the bass to Le Plur and check out headliners including Dillon Francis, DJ Snake, RL Grime, Galantis, Yellow Claw and more.

The festival works with local nonprofits and socially conscious companies to gain exposure and spread information on great causes. This year, MusiCares (the Recording Academy's charity providing a safety net of critical assistance for music people in times of need, covering a wide range of financial, medical, and personal emergencies) and Love Hope Strength (the world’s leading rock and roll cancer foundation that promotes innovative, music-related outreach and awareness programs for leukemia and cancer sufferers, survivors and their families) are the two nonprofits being hosted on festival grounds. Be sure to check them out between sets! 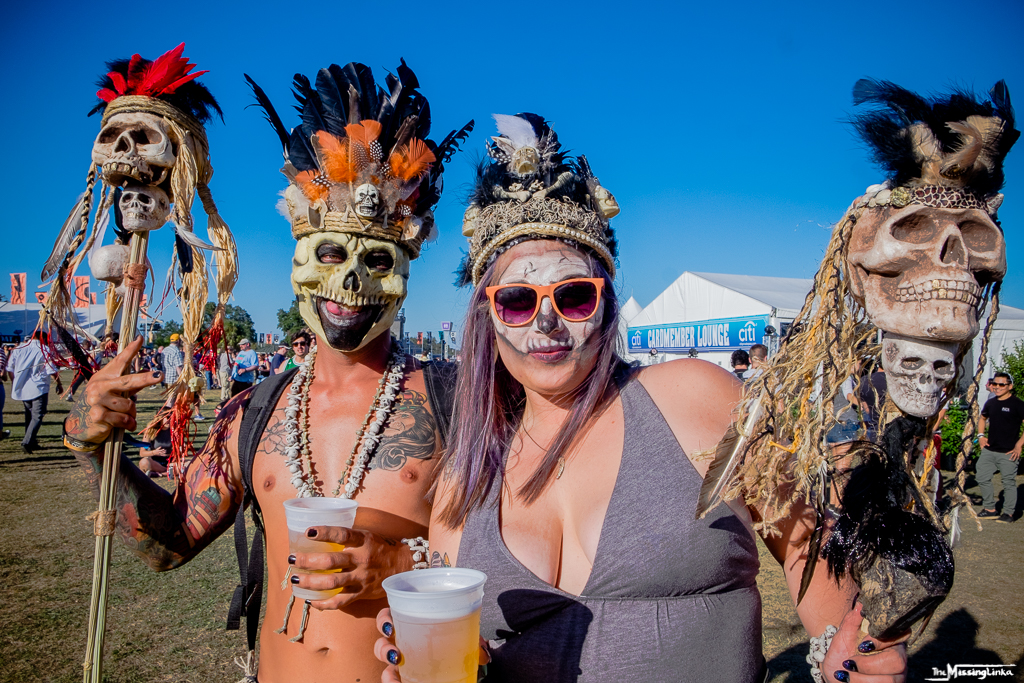 Here, people are pros at dressing up. The city uses any and every excuse to dress up and throw on a wig, and costumes can be seen on a daily basis. Whether it’s Mardi Gras or just a Tuesday night, there’s always an excuse to dress up. And Halloween – of course – is no exception. New Orleans takes Halloween very seriously. Don’t be confused if you see festival-goers dressed up in unique costumes like beignets, hot sauce, or a bag of Zapp's potato chips.

Tickets for the Voodoo Music + Arts Experience are on sale now through Everfest. Buy your tickets and you'll earn points towards more tickets and VIP upgrades!