13 Music Festivals With the Most Stunning Backdrops

With festival season at our doorstep (finally!), we decided to make a list of some of the most stunning locales in which music lovers across the globe can enjoy their favorite tunes. After all, daydreaming never hurt anyone. From iconic natural backdrops held in various biomes to uniquely constructed wonderlands produced by clever hands and minds, these have to be seen to be believed. 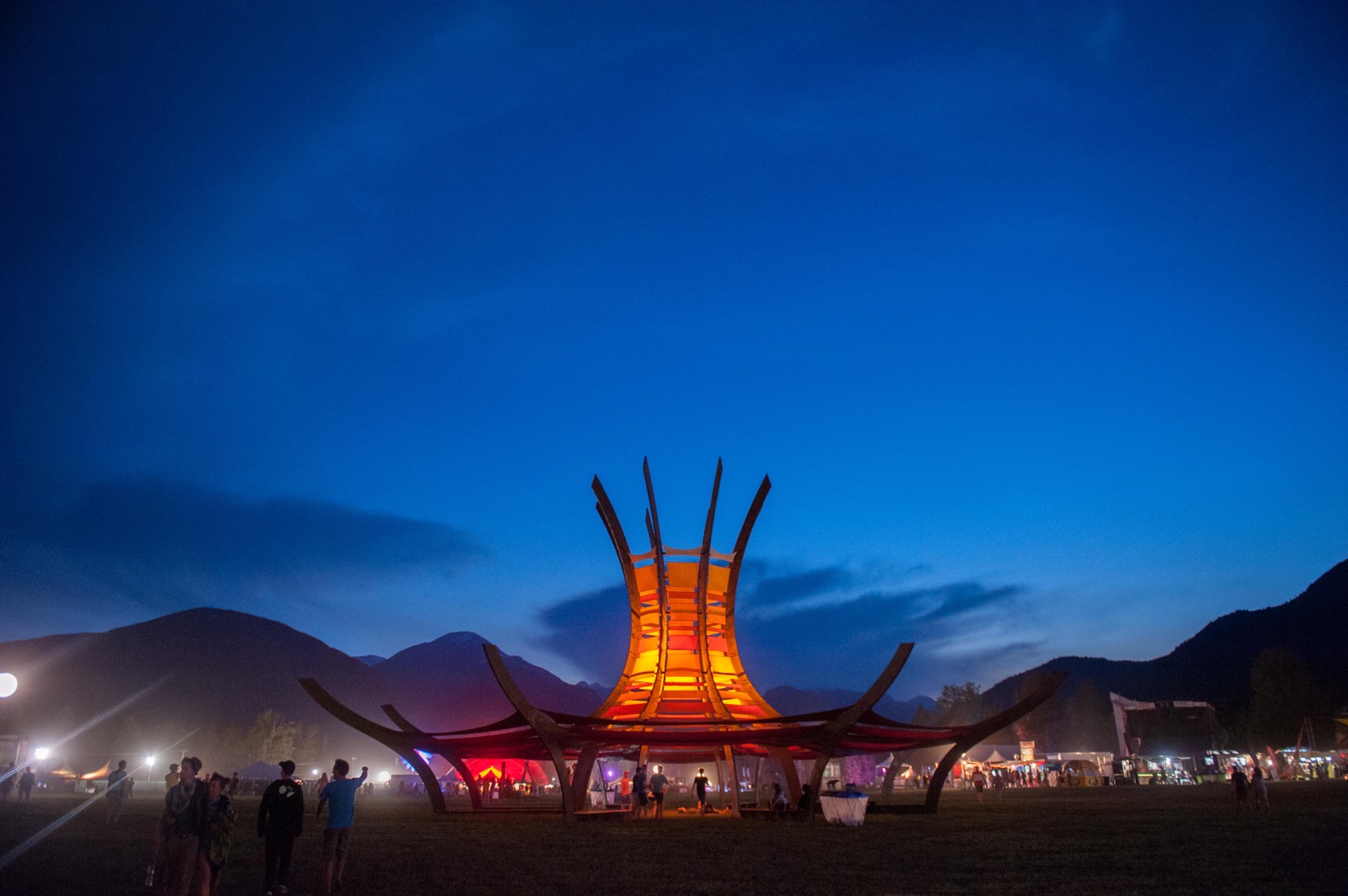 Nestled in the pristine town of Pemberton, British Colombia, this 4-day festival is not only a music lover's paradise (2014's roster included Nine Inch Nails, Outkast, Frank Ocean, Kendrick Lamar, Modest Mouse, Snoop Dogg, and Soundgarden, St Vincent, Blondie, Best Coast and the Flaming Lips) – it's also an outdoor enthusiast's wildest dream. Even without the music, the area excels in scenery alone and entices many of the fest's attendees to camp on its grounds. Pemberton's cherry on top? The majestic, eight-thousand-foot Mt. Currie that towers behind the main stage. 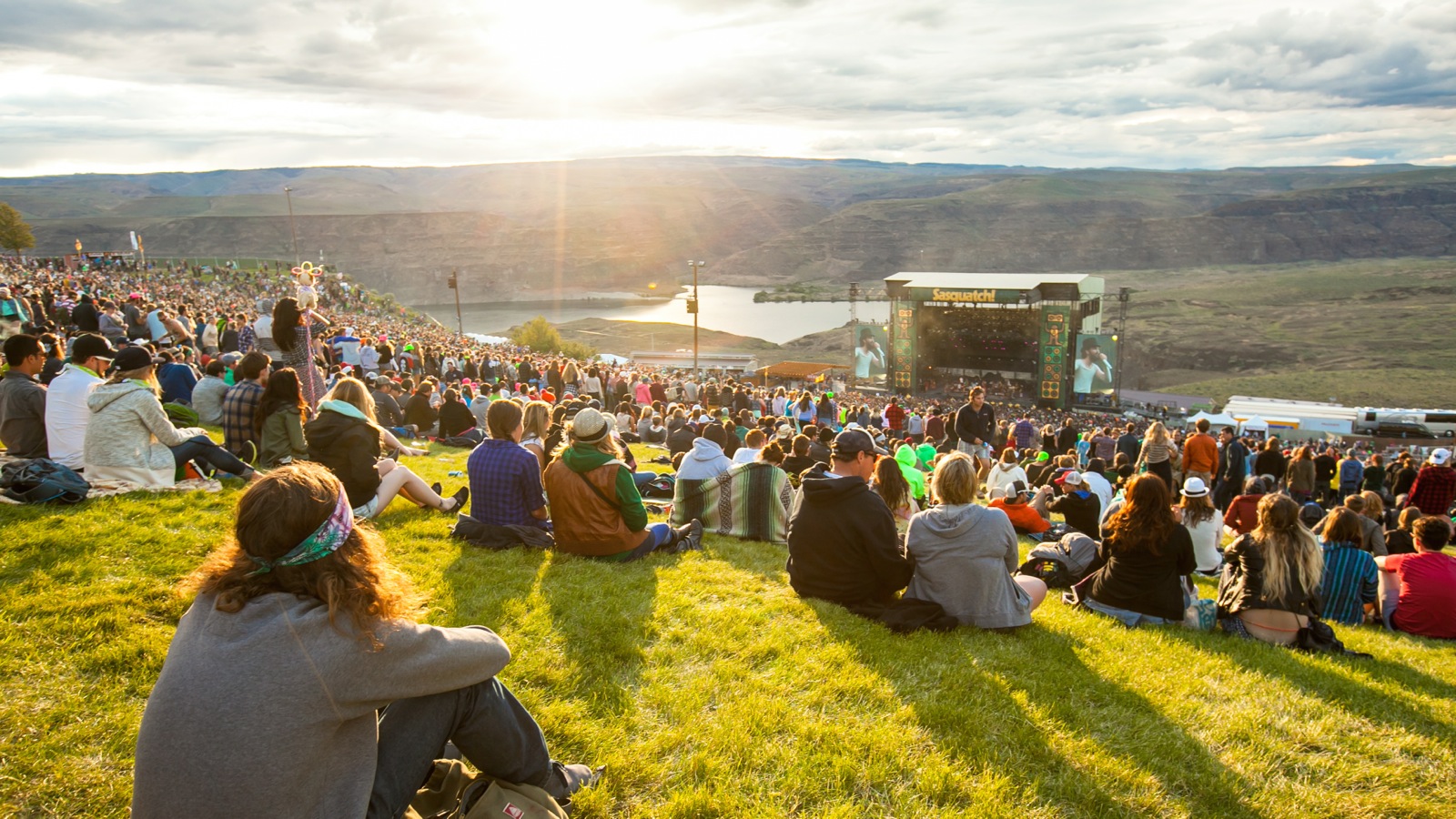 Sasquatch! is easily the Northwest's most spectacular outdoor music fest, thanks to it being held at the famous, natural Gorge Amphitheater in Washington State. It hosts up to 20,000 people and up to 200 eclectic musical acts each year. The entire venue sits atop a mountain, giving guests a panoramic view of the rambling Columbia River and the foothills of the Cascade Mountain Range – an idyllic setting for three days of nearly non-stop music, dancing, camping, eating and drinking together in an almost Woodstock-like communal experience.

The quaint and beautiful ski town of Telluride hosts the annual Telluride Blues and Brews Festival each fall, after the height of summer is over and temperatures hover just around perfect. Located in the San Juan Mountains of Colorado, the festival is surrounded by some of the most memorable peaks and summits on Earth. As if that weren't enough, guests come to enjoy their favorite jam bands and rock acts while sipping on some of the best local, heady brews around.

Located in Aragos in Northern Spain, Monegros Desert Music Festival is one of the biggest electronic rave parties in the country, featuring nonstop, 24-hour dance parties and acts from genres spanning techno, to hip hop, to minimal and downtempo. Even for its size, the spectacular desert atmosphere creates a unique and isolated experience for guests. 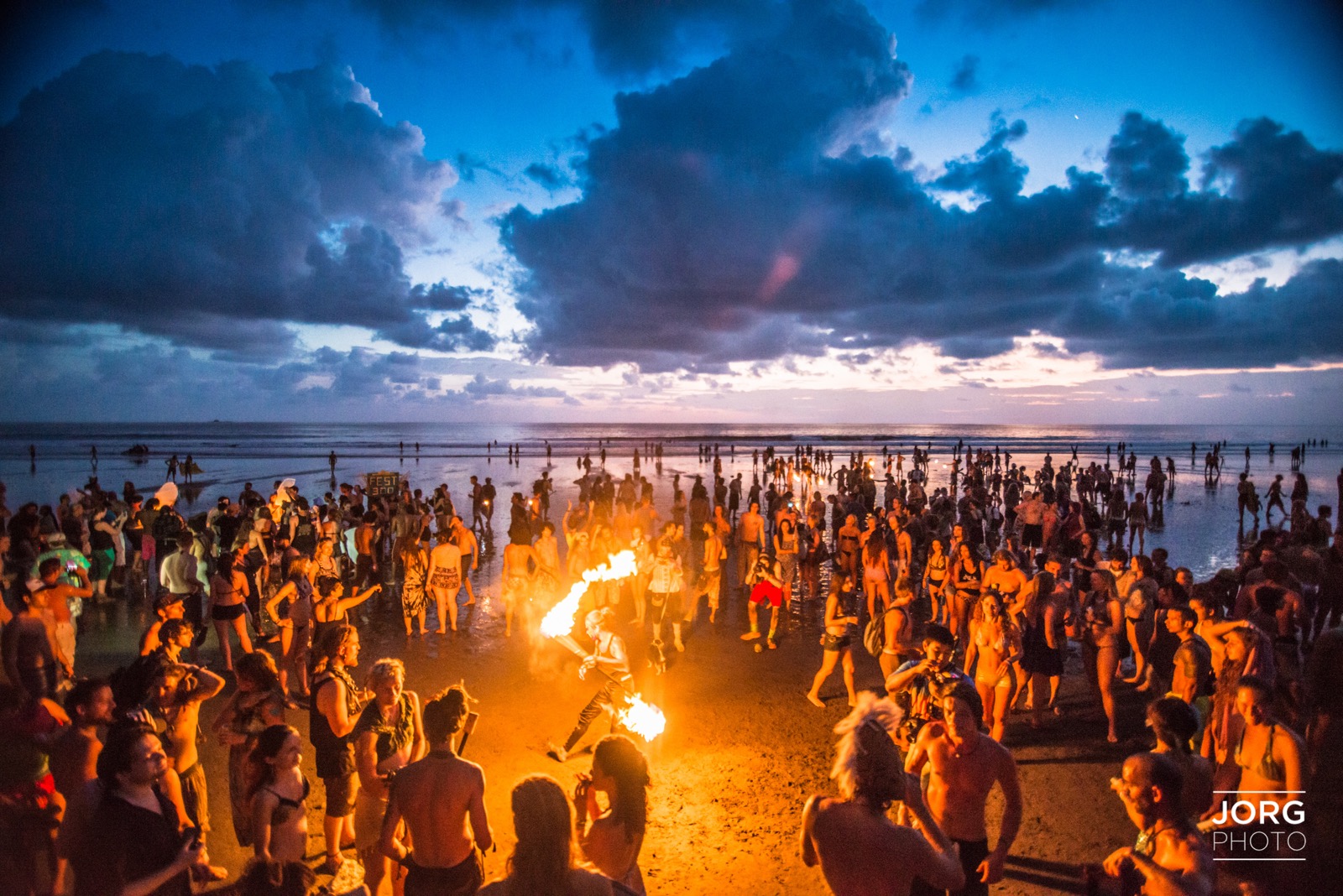 If you want to experience lush jungle, tropical beaches and a transcendental awakening, put Envision Festival on your bucketlist. Tucked away in the beautiful bohemian setting of Dominical, Costa Rica, this communal gathering brings together life, nature and consciousness unlike any other festival.

The Spirit of Suwanee Music Park in Florida hosts a number of events, and one of its most popular is Bear Creek: a funkadelic weekend filled with top acts from dominating the funk and jam scenes (last year's lineup included The Roots, Umphrey's McGee, Lettuce, Dumpstaphunk, Bootsy Collins and more). The festival grounds are surrounded by live oak trees dripping with Spanish Moss, giving it an almost mystical and spooky ambiance.

Maybe one of the most isolated festivals on the planet, Traena Festival is located in Nordland, Norway in the small islands of Husoya and Sanna. The islands are only accessible by ferry and include a number of ancient caves that guests can explore. What is typically a small fishing town out in the middle of nowhere transforms into a weekend of international music and celebration for the most devoted and intrepid festival goers, with venues sometimes occupying caves, churches with blacked out windows, and tents.

Located in the Faroe Islands in the seaside village of Gota, G! Festival is a one-of-a-kind festival that brings a number of international and local acts to this beautiful, remote part of Scandinavia that lies halfway between Iceland and Norway. This year's lineup is definitely a mash-up, featuring venerable, Swedish metal band At The Gates, singer Eivör, Blakan hip-hop/swing/reggae/electronica act Analogik and many more. In 2011, festival producers paired Travis and the Blind Boys of Alabama with metal bands Meshuggah and Tyr. 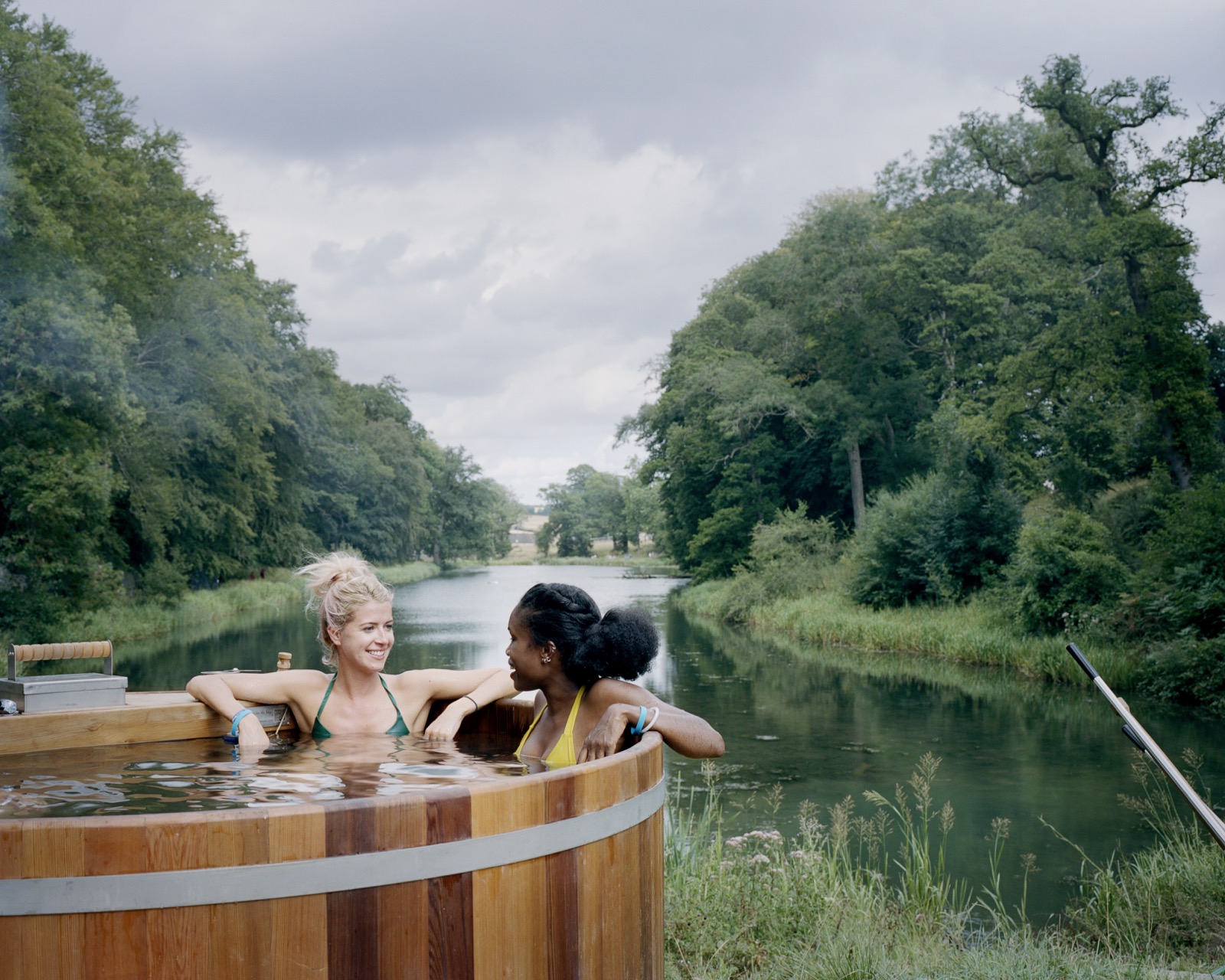 A festival catered to those who enjoy the finer things in life (it has indeed earned the lighthearted moniker "Poshstock"), Wilderness Festival is a unique event amongst the lakes, forests and parks of the exquisite Cornbury Estates in Oxfordshire, England. It's a posh gathering that includes live music, theater, yoga, sports, gourmet food, dancing, a masquerade ball, nighttime skinny dipping and craft workshops; basically, this all-in-one-festival can be pretty much anything you want it to be. But if the event were a beverage, it would be more akin to an enchanting herbal elixir than a six-pack of Coors. 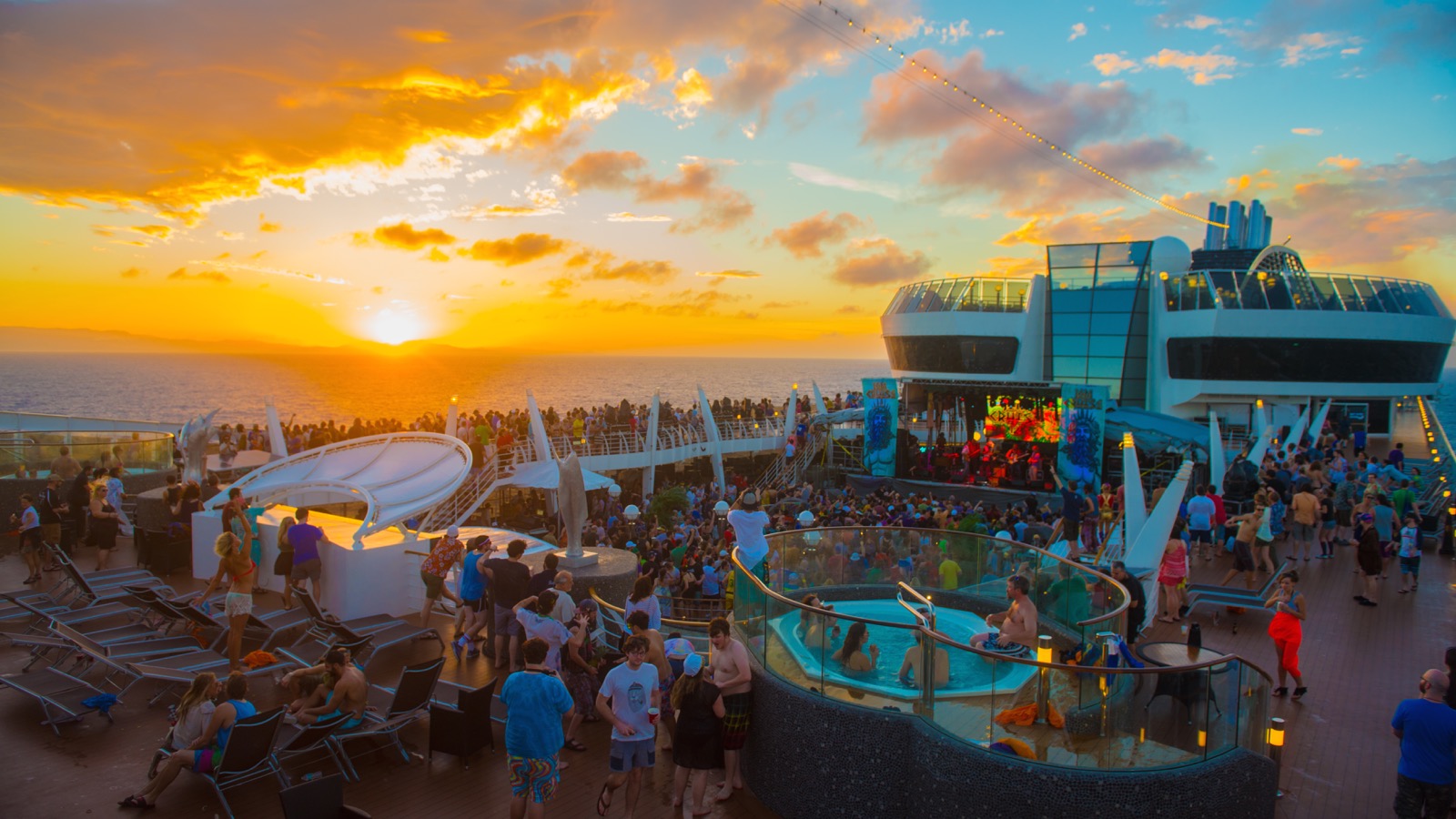 Now in its 14th year, Jam Cruise is a giant party on the sea where thousands of jam band lovers gather together on a mega cruise ship and party for a week. The boat makes stop in various tropical sites in the Caribbean, where guests can get off and explore, take excursions or just sleep off their hangovers. It’s an amazing experience that will you leave you still swaying for days once you’re off. 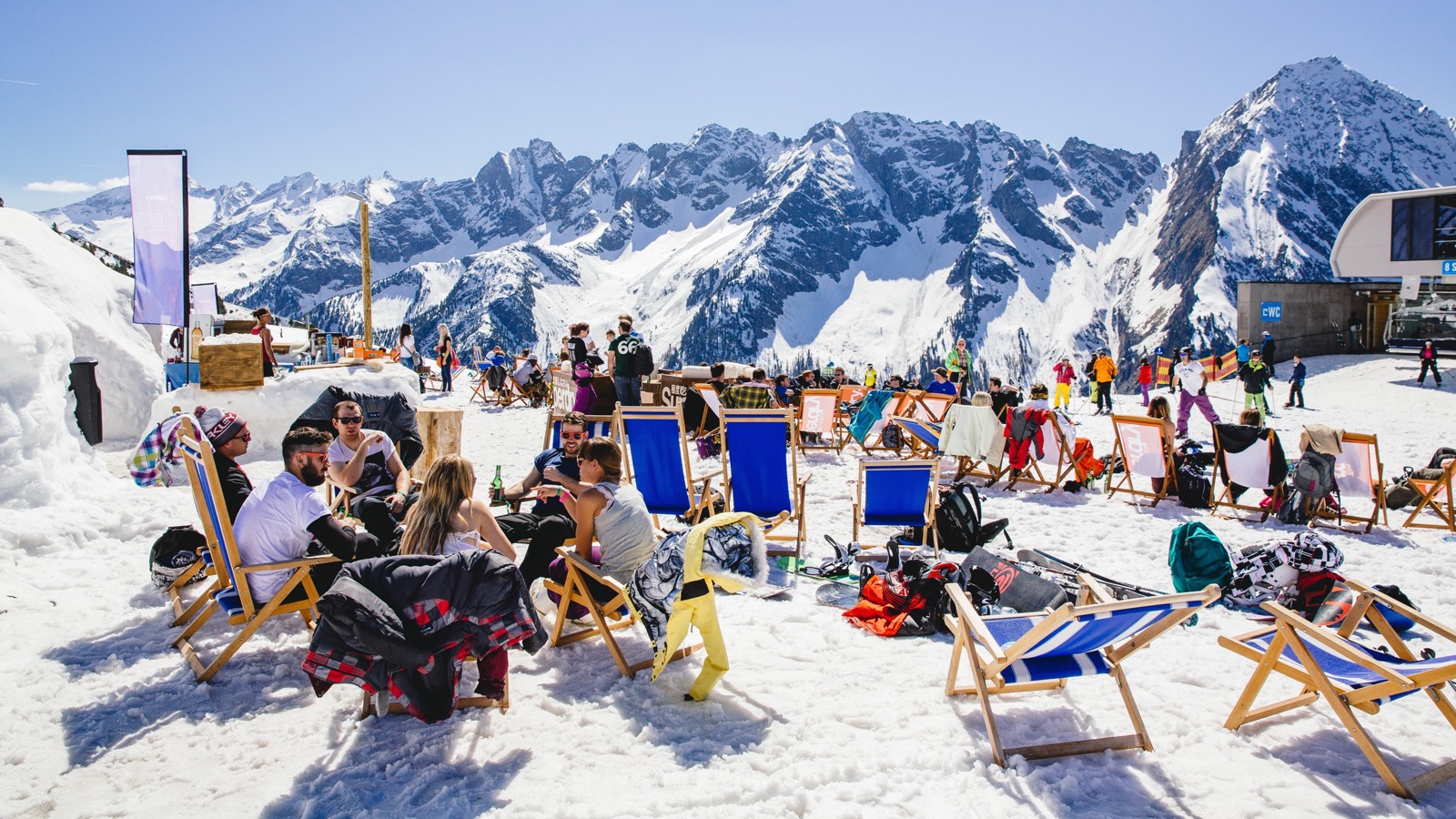 SnowBombing combines up-and-coming EDM acts with dance music, snowboarding and other mountain activities – all atop the idyllic alpine mountains in Mayrhofen, Austria. You can spend your day hitting the slopes, listening to music in a giant igloo, or just relaxing in the various spas while the beautiful snowcapped mountains glitter and gleam in the background.

12. Meadows in the Mountains

A magical shindig held in the beautiful Rhodopes Mountains of Bulgaria, this fest was once described as a place where “the land touches the sky and the sun cuddles nature. Where the summer dew against the morning sunrise glistens every color of the rainbow. And where horses run wild and hammocks swing over the beauty of it all.” Enough said.

Photo by: My Frozen Life

If you can name five other festivals located next to one of the largest radio telescopes we'll eat our furry festival hats. For the very first time in the UK, Bluedot Festival will be held in the grounds around the magnificent Lovell Telescope - the third biggest radio telescope in.the.world. There are amazing backdrops to festivals and then there are out of this world locations that are so unique that you just have to go and witness them yourself. One for the nerdy cool gang. Special.