The American Southwest is iconic. From New Mexico to Arizona, big skies, vast deserts, rolling rivers, white sands, tiny towns and bustling metropoles rule the landscape. Amidst the gorgeous scenery, legends of cowboys, a rich Native American history and the growing population of the Southwest, there hasn't been a truly vibrant festival scene to match – but new electronic and hip-hop event Goldrush Music Festival is looking to plant the seeds for one.

Below are 4 ways Goldrush is pulling out all the stops for its debut event to put this unique region of the United States on the festival map. Pull on some cowboy boots and read up to get ready for the festival on the weekend of November 18-19, 2017!

You Can't Ignore a Lineup This Stacked 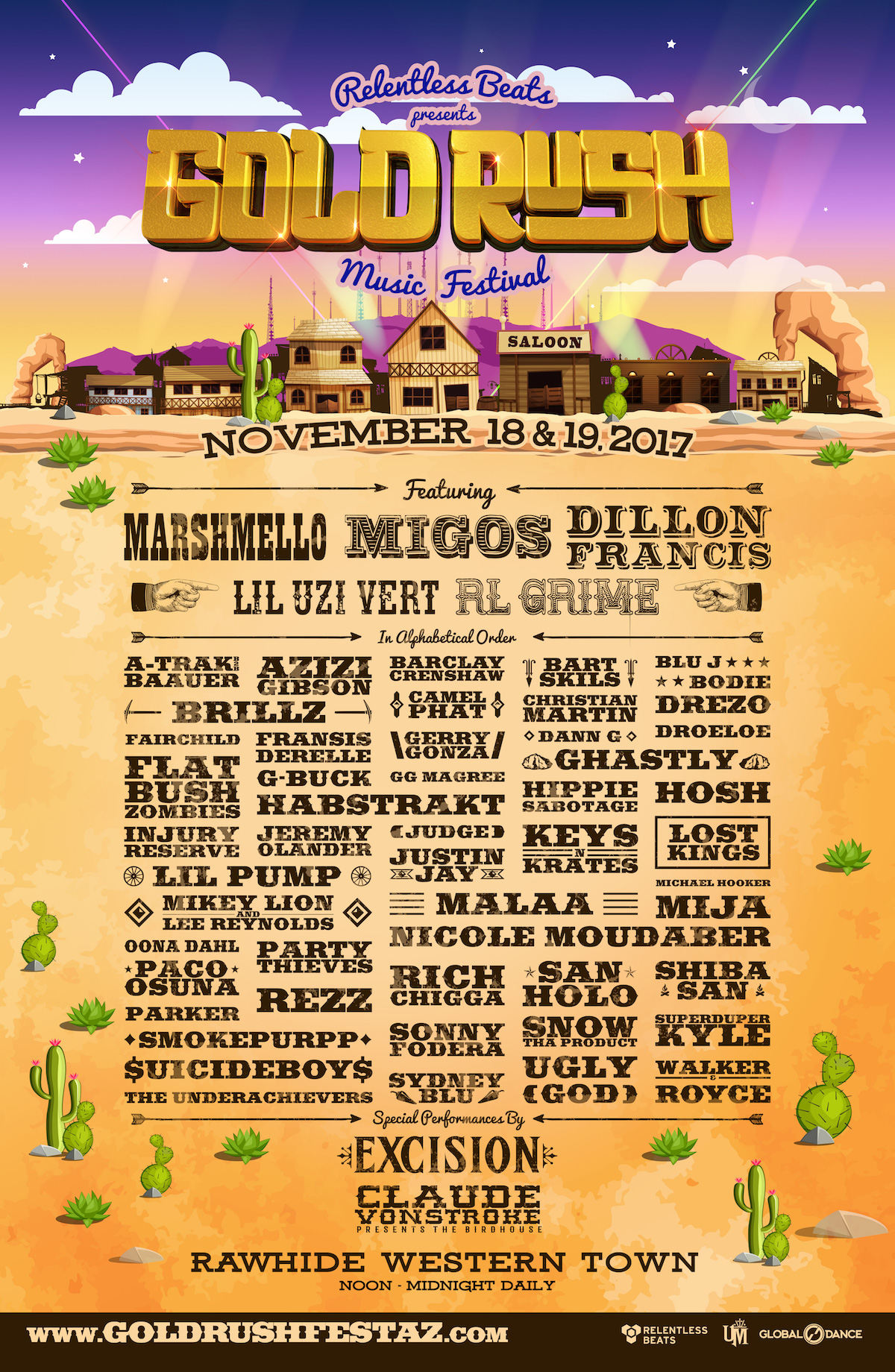 Goldrush is coming out of the gates strong in terms of its impressive inaugural music lineup. You'll find the most in-demand names in EDM and hip-hop all over the bill, which is topped by Marshmello, Migos, Dillon Francis, Excision, Lil Uzi Vert, RL Grime, Claude VonStroke, A-Trak b2b Baauer, Azizi Gibson, Ugly God, Flatbush Zombies, Smokepurpp, and many more beat maestros and rhyme slayers to get your feet kicking up dust all weekend.

Its Venue is Wild West Themed

Goldrush's venue is a hidden gem in Chandler, Arizona, called Rawhide Western Town & Event Center. It will envelope festival-goers in the freewheeling spirit and special history of the Southwest thanks to the fact that it's wild-west-town-in-the-1800s themed and filled with multiple attractions, retails stores, and food. You will literally feel like you're in a classic Clint Eastwood flick while frolicking the grounds of Rawhide.

Relentless Beats, the festival's producer, has a thriving relationship with Rawhide Western Town & Event Center, and has held numerous music events at the venue previously, but "weren't using the space to its full potential," they told Everfest. "We wanted to take our relationship with Rawhide to the next level and offer our festival attendees a once-in-a-lifetime experience: a music festival in an old west setting."

What Other Festival Offers Panning for Gold? 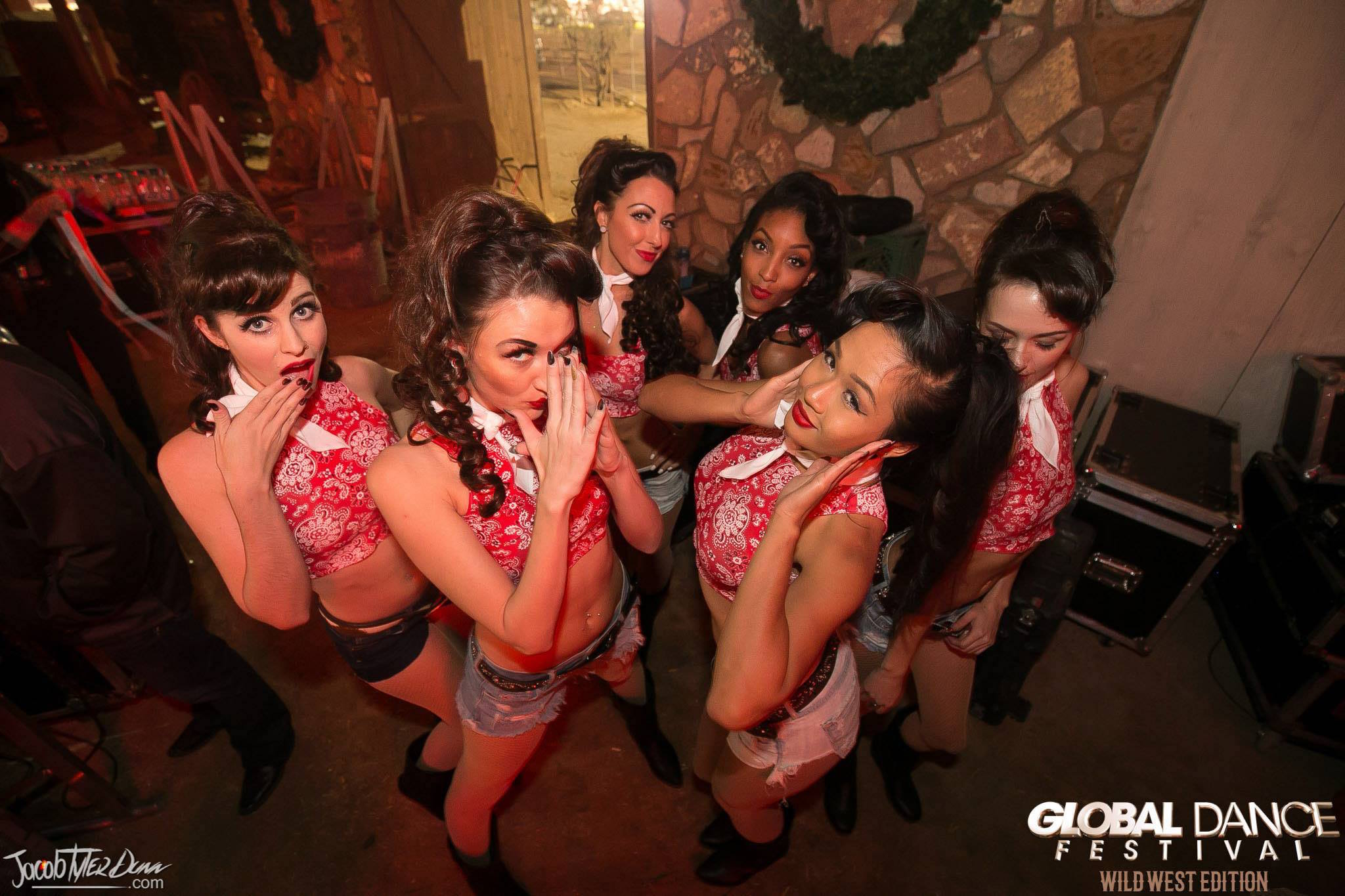 Goldrush and its home at Rawhide Western Town & Event Center are taking the heritage of the Southwest seriously. The grounds offer up numerous western activities including gold panning, western-themed rides, a themed photo booth, western stuntmen/performers, an old west jail, themed art installations and much more. You won't find massive tents featuring corporate activations here as your only source of entertainment in between acts. At Goldrush, you can channel the cowboy heroes of the region by unwinding at the saloon, trying your hand at the mechanical bull, or having dinner followed by a session at the shooting gallery.

Relentless Beats is a Homegrown Crew of Event Pros 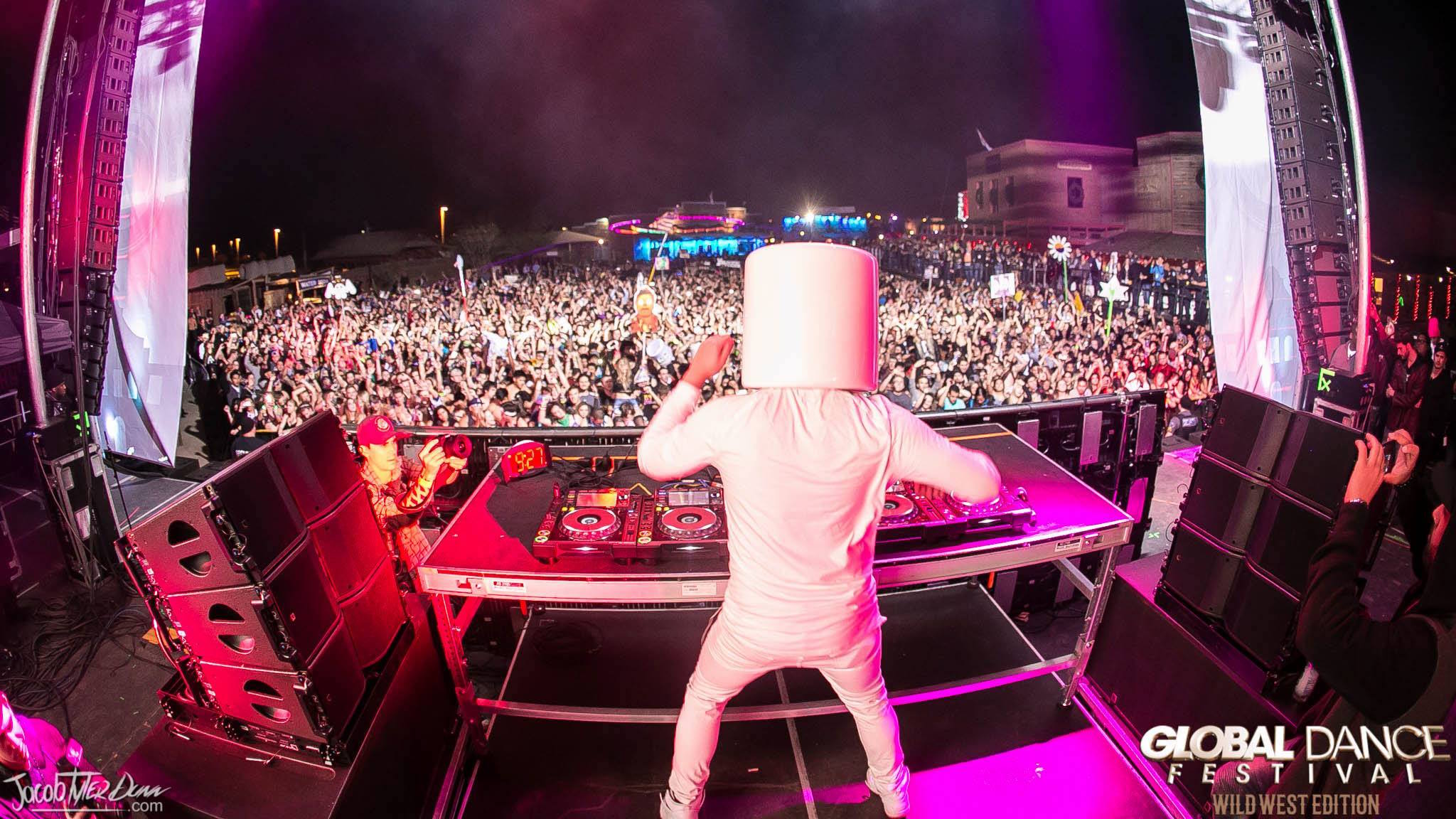 Relentless Beats, Goldrush's founder and producer, is responsible for Arizona's largest music festivals including Phoenix Lights, Decadence and Global Dance Festival. It's no doubt that the company has the whole epic-festival-weekend concept down. However, the creation of Goldrush has filled a particular void in Relentless Beats' catalog of excellent events. "Our founder, Thomas Turner, has always envisioned a cohesive brand surrounding the Western Town and with that vision, we have produced Goldrush," they told Everfest. With such a solid resume of awesome regional events comes a high pedigree of festival production. You can expect epic sound systems, lights and lasers, and a seamless weekend of back-to-back fire sets.

This article was produced in collaboration between Everfest's editors and Goldrush Music Festival.