It's hard to believe it's been five solid years since Suwannee Hulaween redefined Halloween for festival-goers. Set outdoors under giant, moss-draped trees (with the occasional bat swooping by) in Florida's Spirit of Suwannee Music Park and hosted by the String Cheese Incident, the gathering gives legions of costumed jam band, EDM, funk, hip-hop lovers an epic playground on which to celebrate the spookiest holiday of the year.

Suwannee Hulaween owes its success in part to its cult-beloved headliners, but its overall dedication to talent-laden lineups and some of the best sound you'll find at any festival in the world. It was voted by its fans onto Everfest's list of the 300 Best Festivals in the World in 2015. Aside from the always hotly anticipated sets by String Cheese Incident, the festival brings together a diverse and utterly groovy array of artists each year, including the likes of STS9, Chance The Rapper, Pretty Lights, Odesza, Thievery Corporation, Big Gigantic, Anderson.Paak, and Shpongle to name a few from past lineups.

This year's offerings are no less wild, with The Disco Biscuits, Greensky Bluegrass, Ween, Run The Jewels, Kamasi Washington, Bassnectar, GRiZ, RL Grime, Claude VonStroke, and TOKiMONSTA, among dozens of others, who are all set to wow attendees this weekend, all amplified by the best gear from DigiDesign, L'Acoustics, and Meyer, coupled with a veteran staff that knows its way around this forest of illumination. The natural amphitheater is filled with towering oak trees, dripping in Spanish moss, and provides a perfect setting where ninety-eight percent of what you hear is true source without any delay.

Walk toward Spirit Lake and it's like entering the enchanted woods. Hulking murals rise from the ground. Wood carvings hang from the trees. Purple, green, blue and red lights glow between twisted branches. Hulaween hires the art director of Electric Forest to design its mind-bending scene of multimedia sculptures, light projections and fiery performance art, and it pays off big in trippiness.

"Over the past five years our small but mighty independent team has curated and grown what once started as an annual String Cheese Incident Halloween concert into a 20,000-person, sold-out music and art festival that’s become the crown jewel of our portfolio and source of professional pride for everyone on our team," says Michael Berg, producer of Suwannee Hulaween and head of festival promotion company Silver Wrapper.

With a nod to what an enormous accomplishment it is as a festival to hit the coveted five-year milestone, let's revisit some of our favorite images from the past five years of this delightfully frightful, jamtastic Halloween gathering. 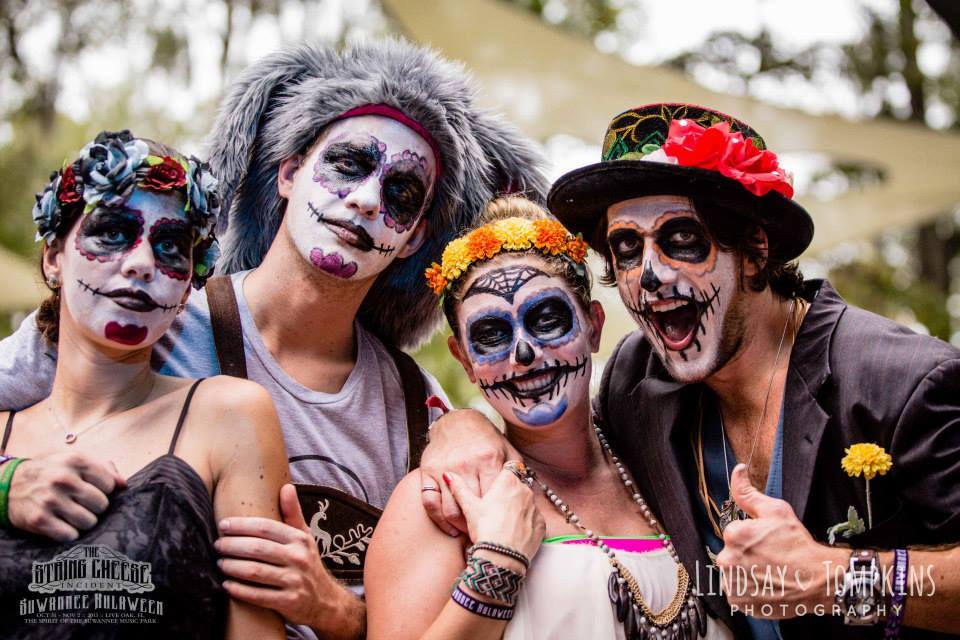 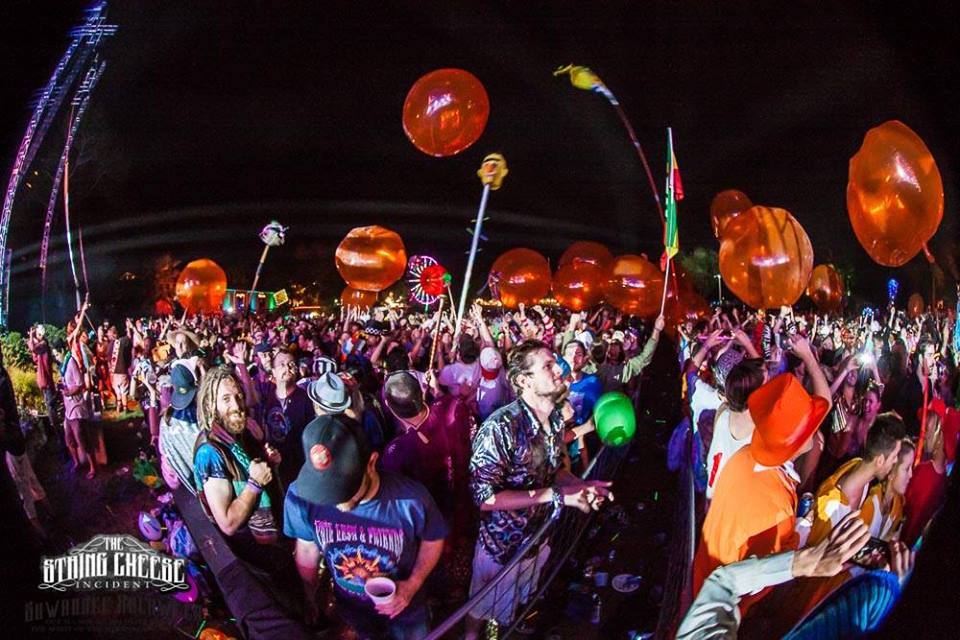 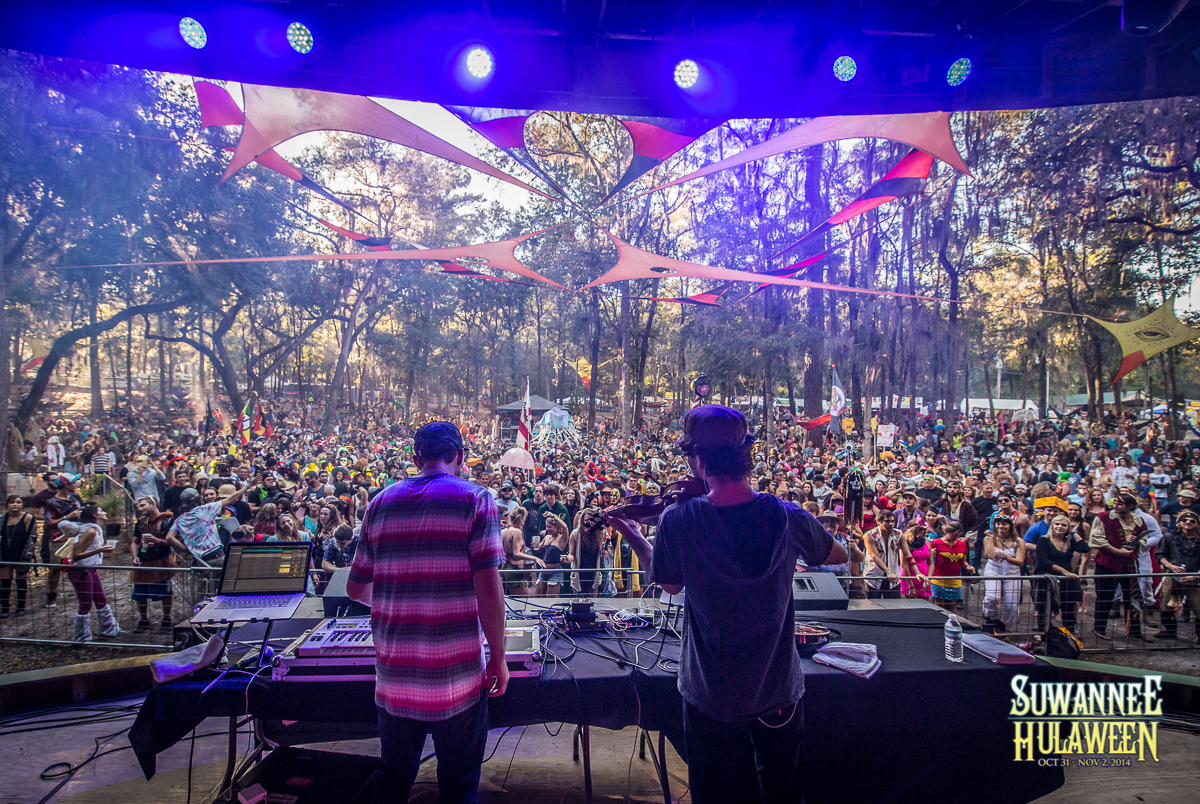 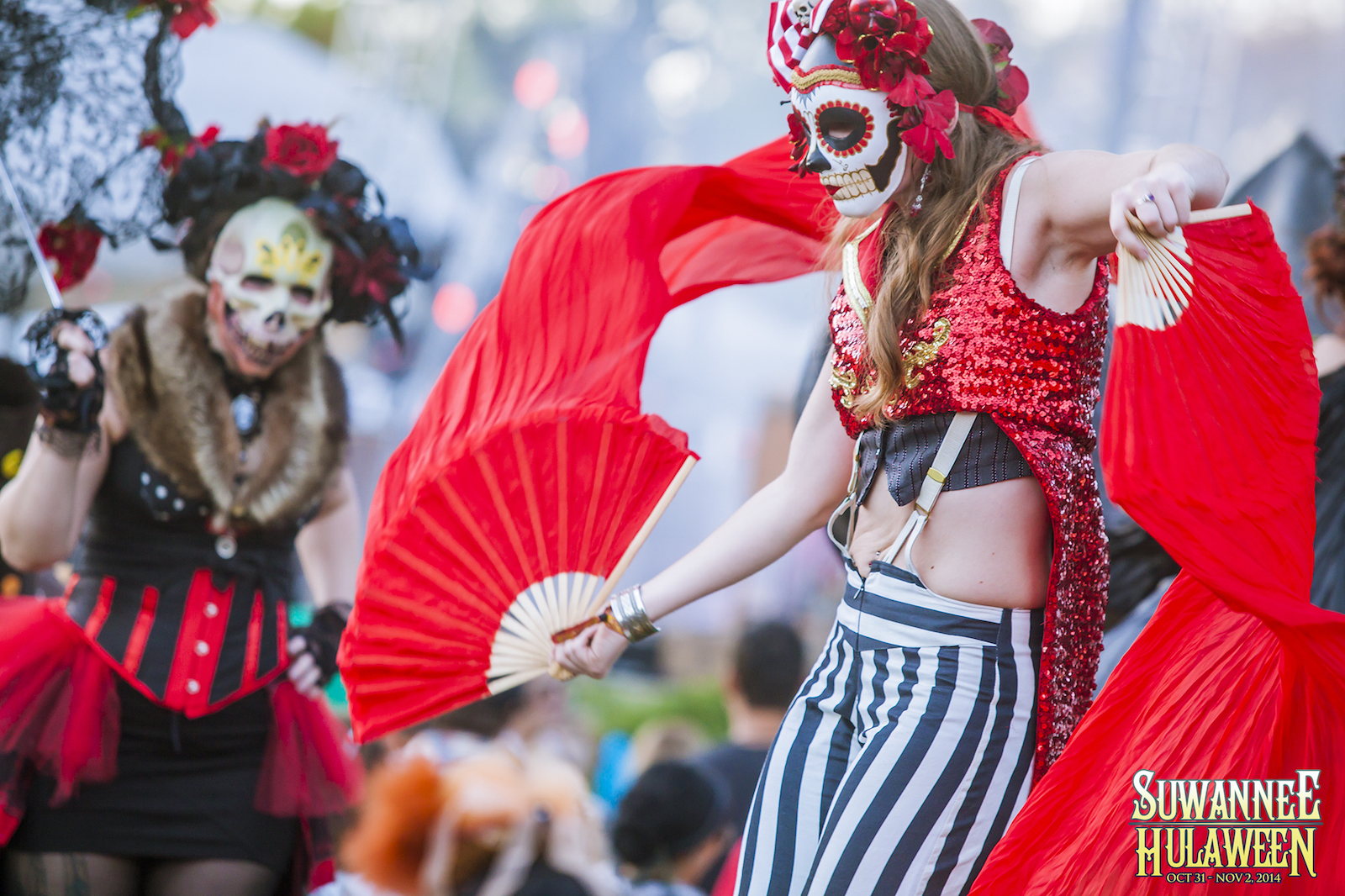 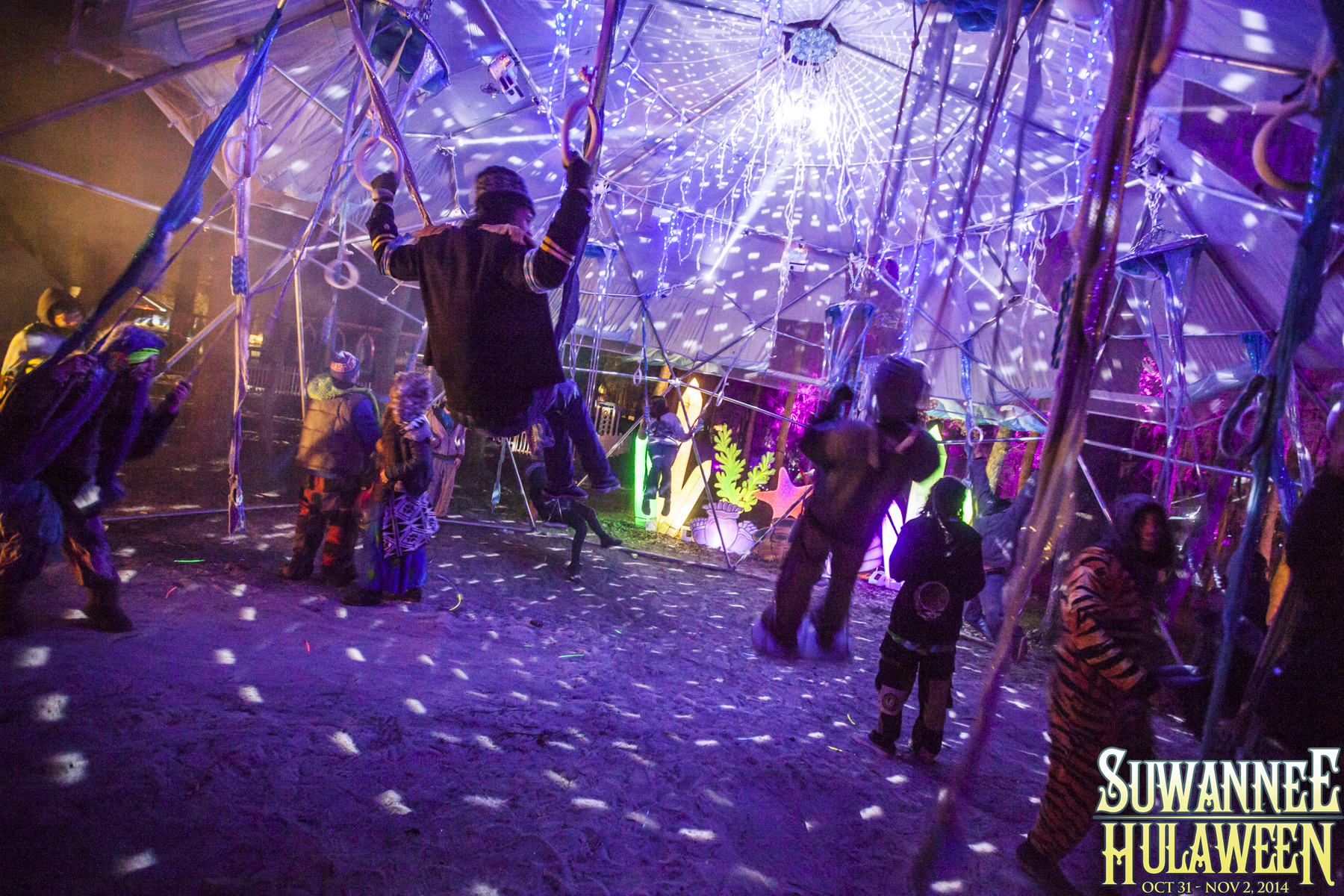 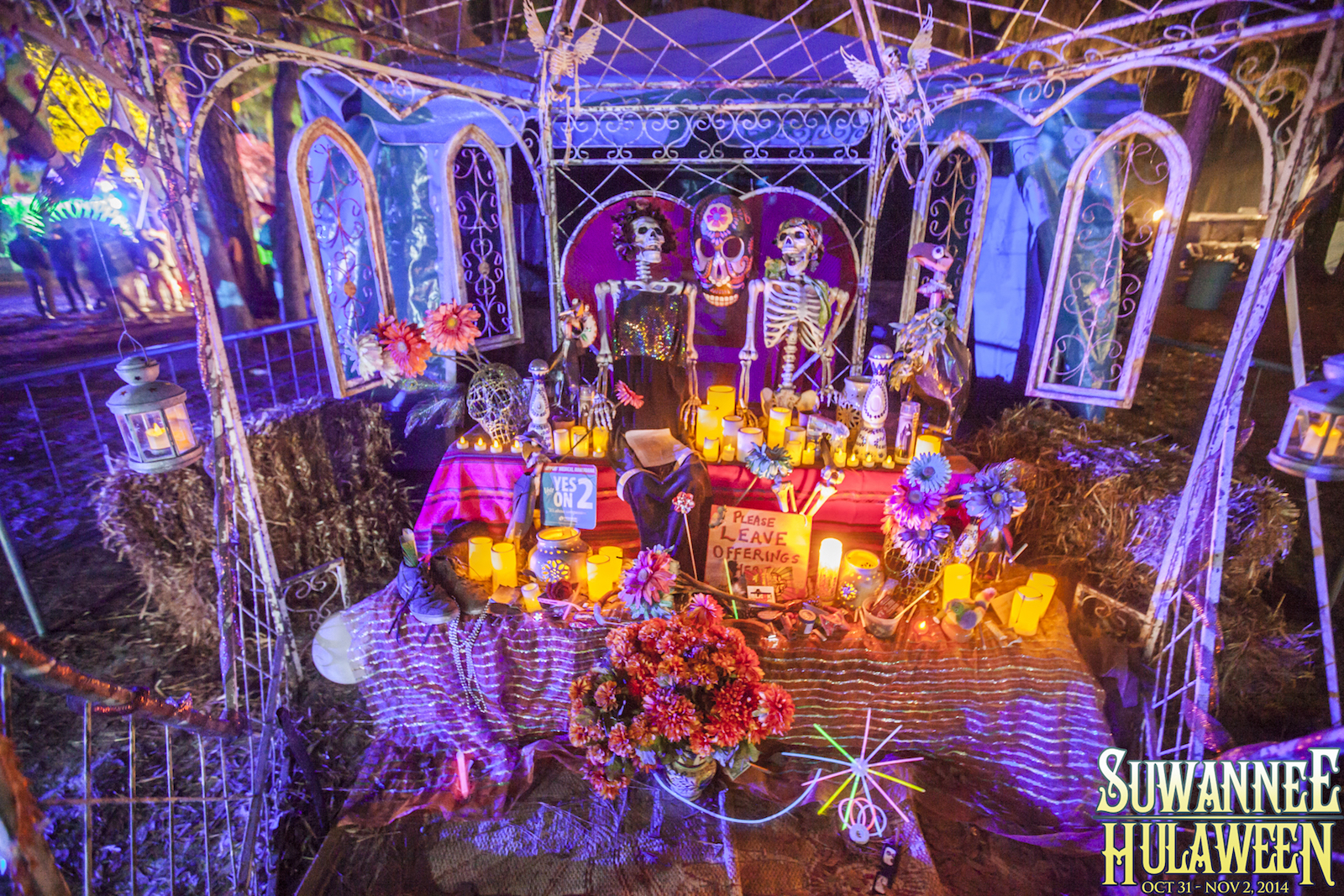 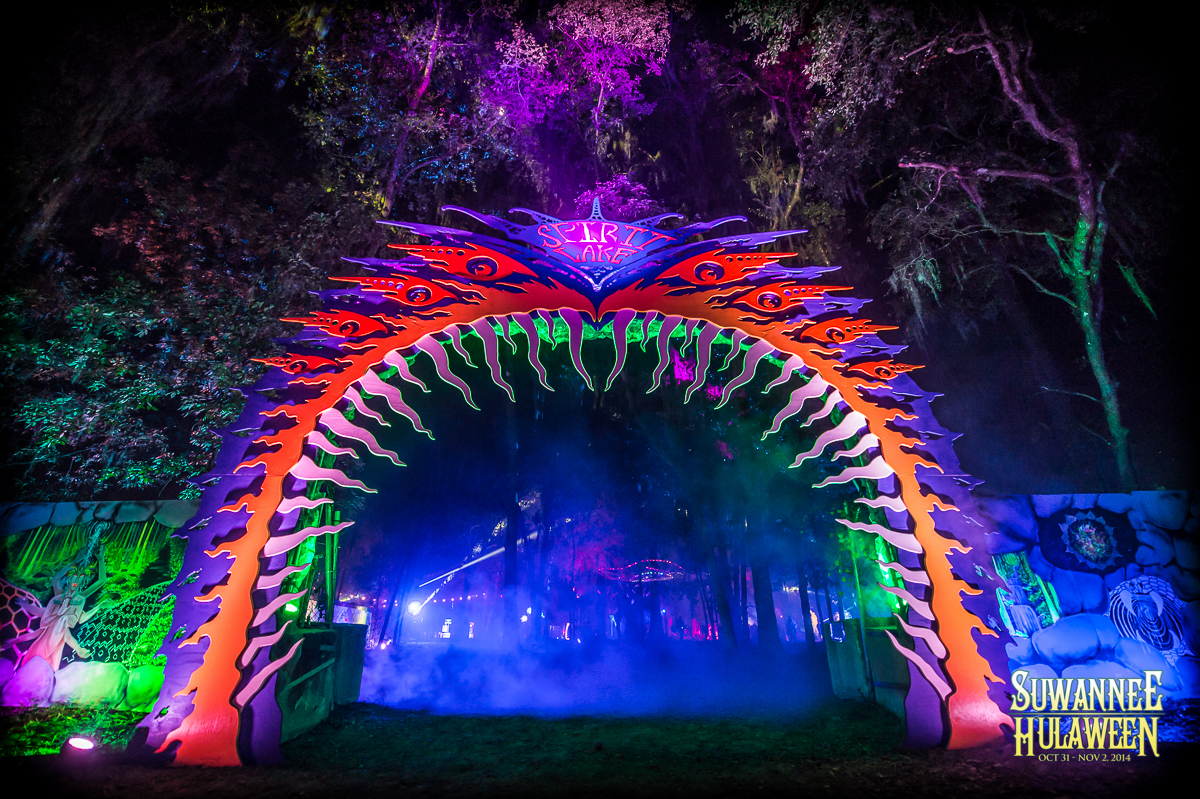 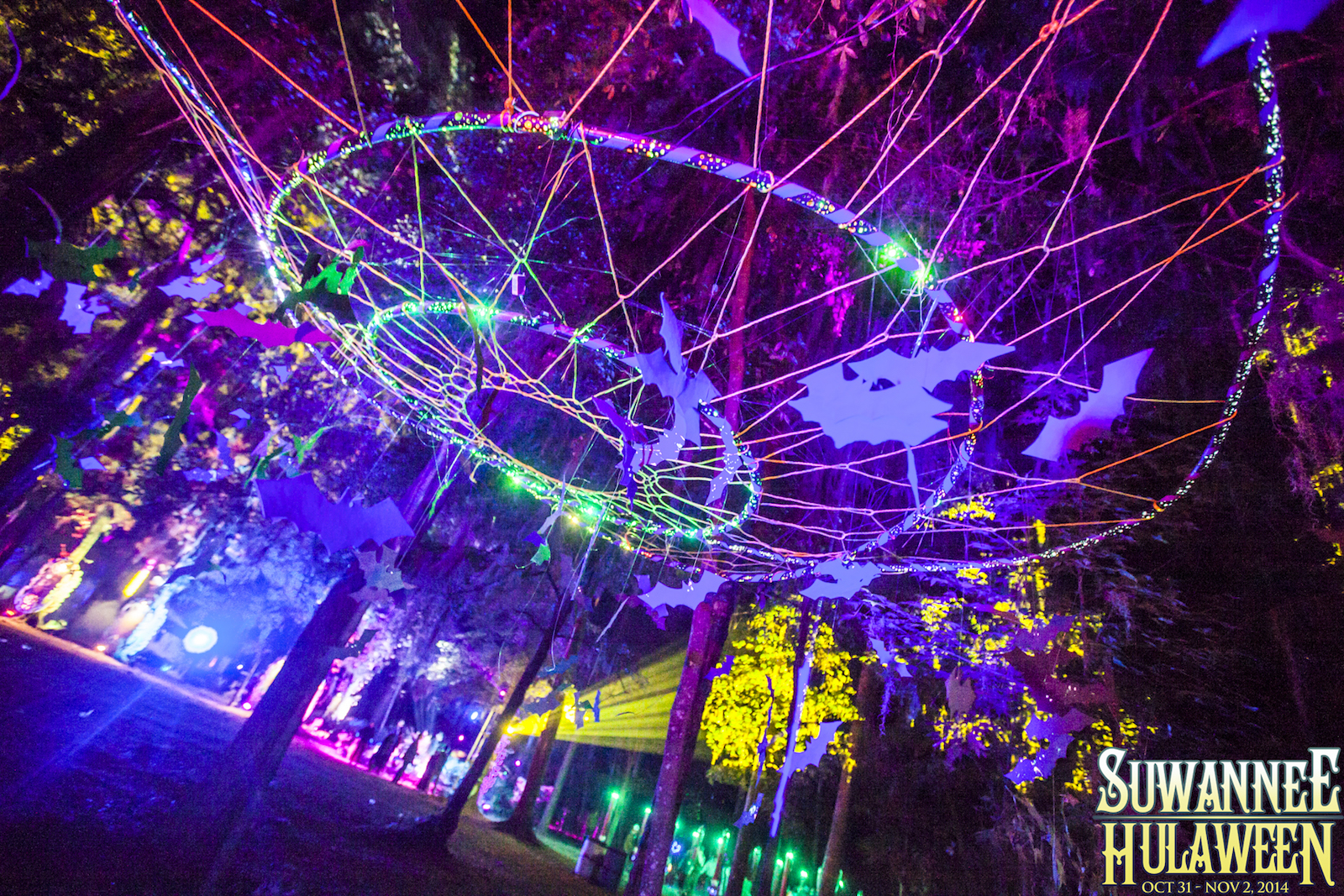 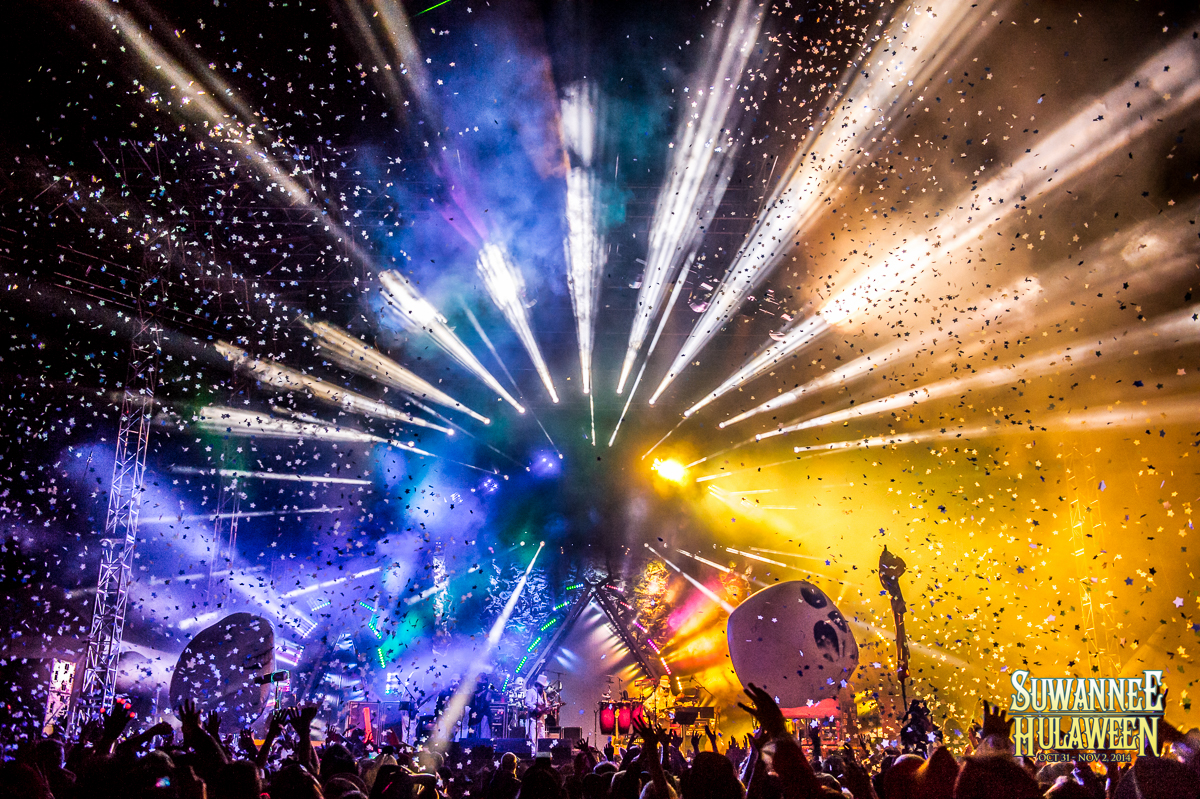 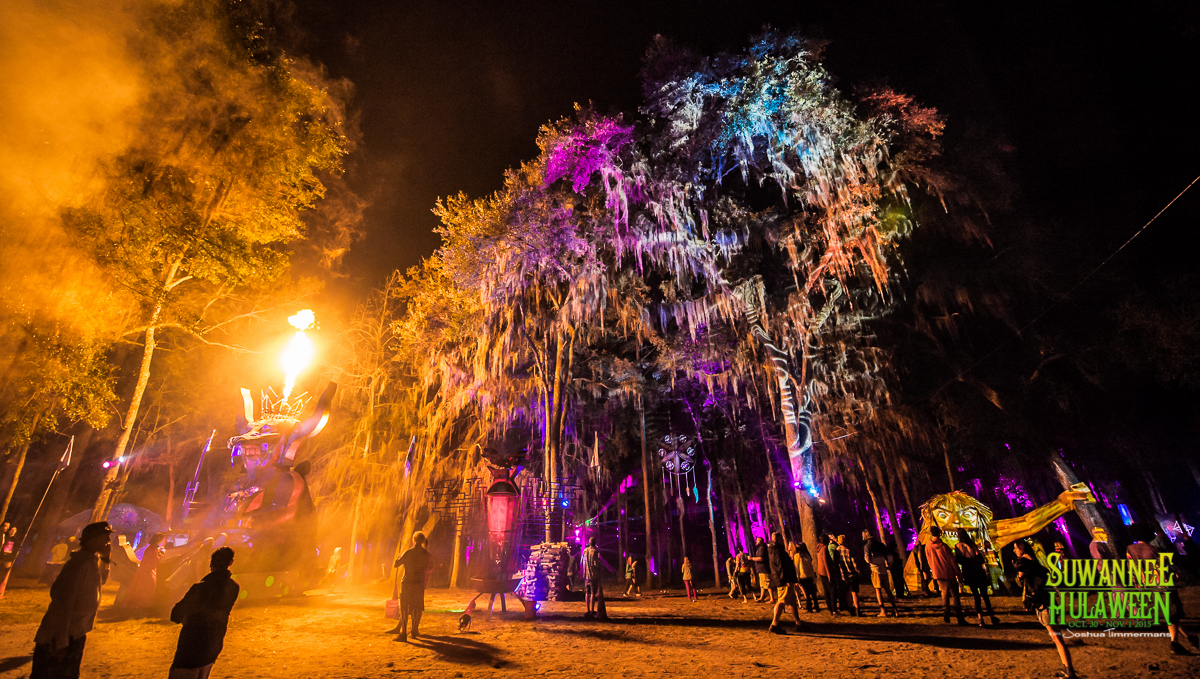 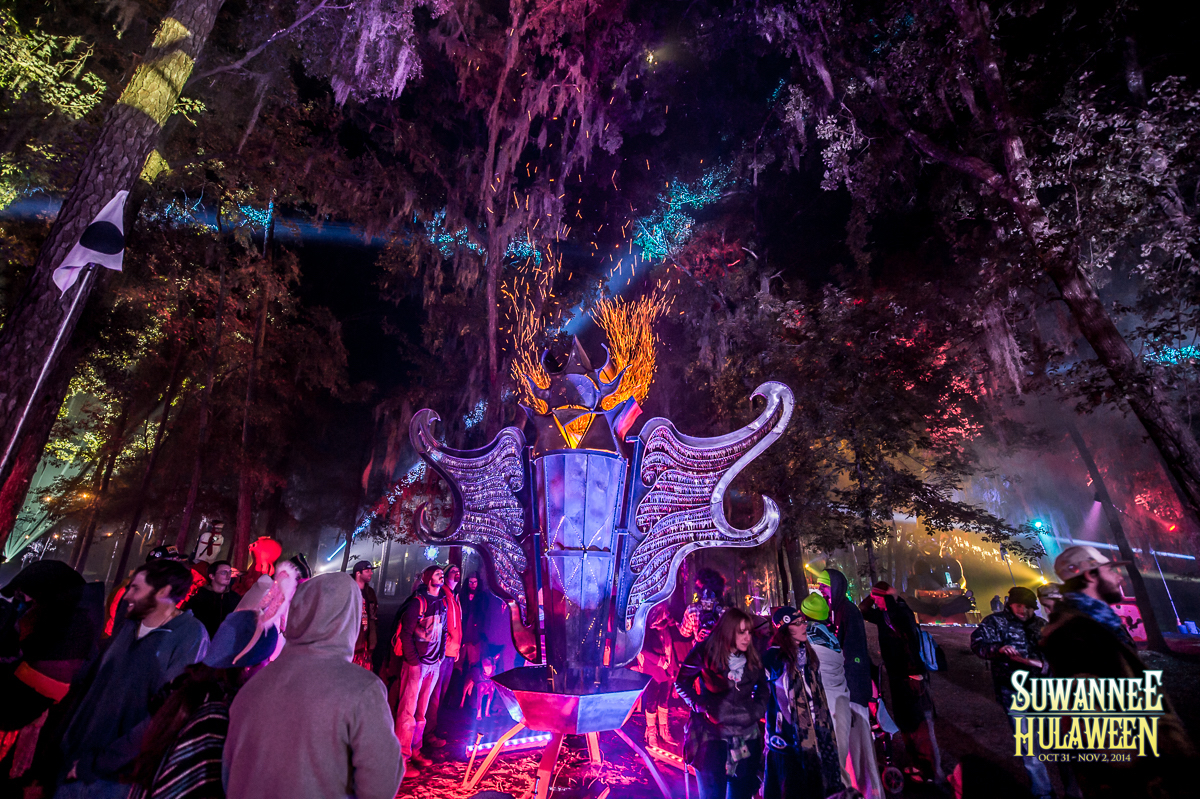 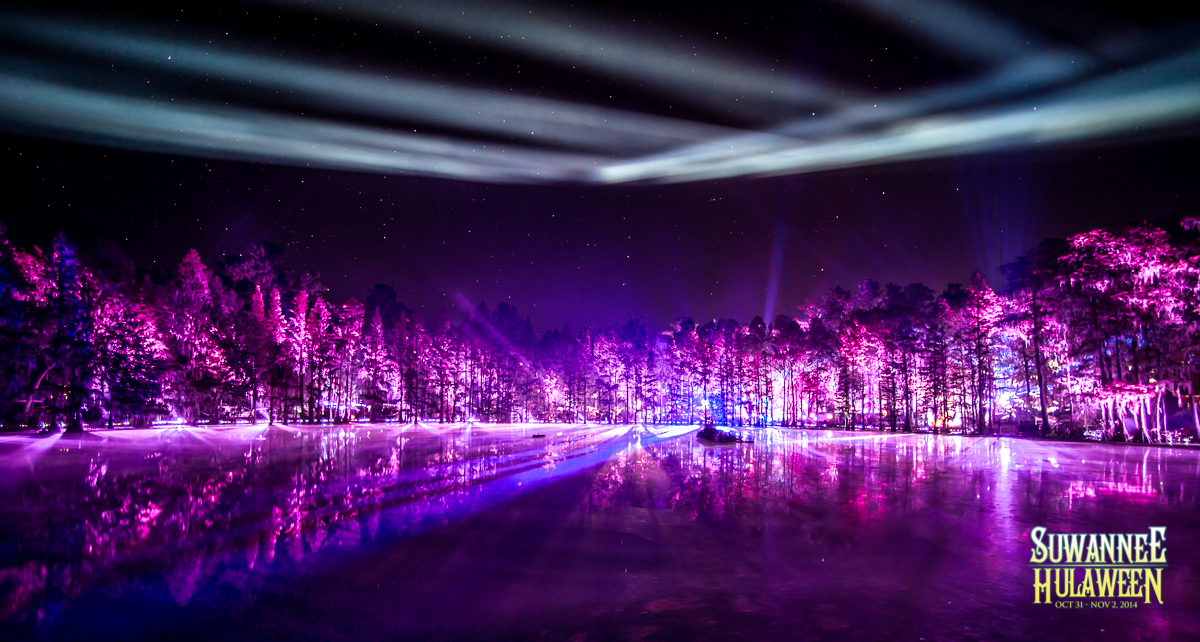 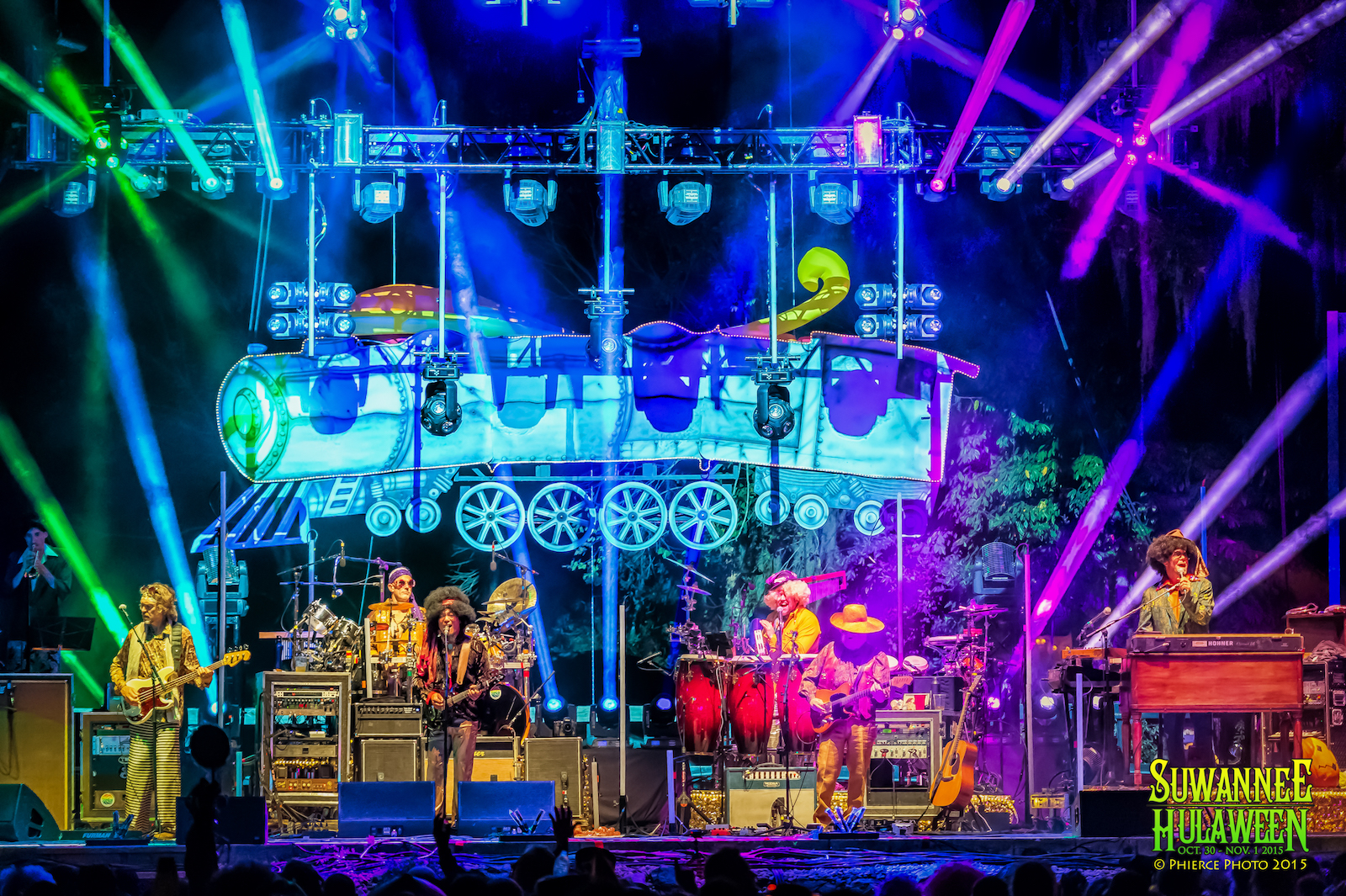 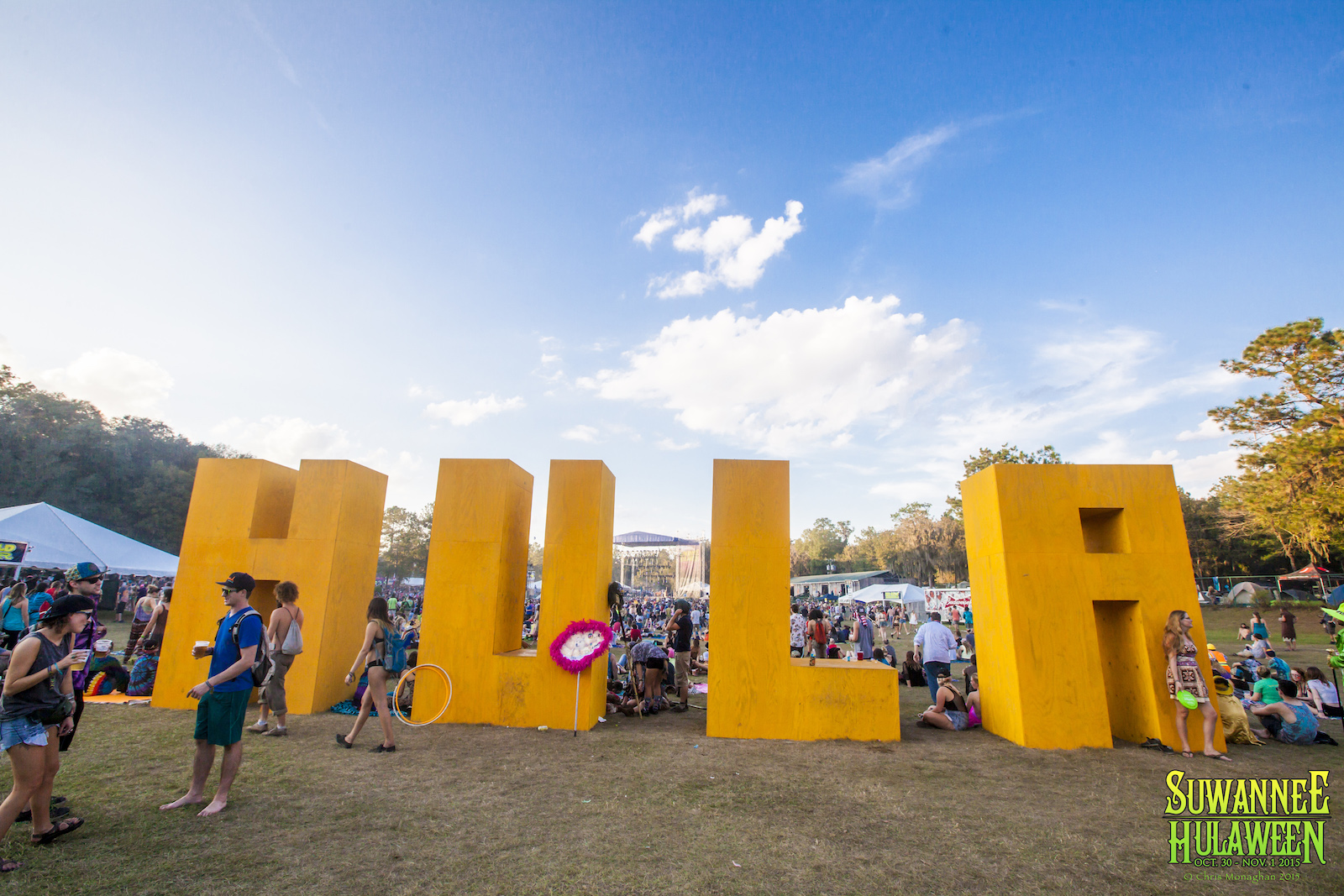