I’ll never forget that moment after I complimented a man’s sparkly psychedelic shirt at Desert Hearts. “Plus size women’s section at Goodwill,” he crowed. To hear a guy not only admit to, but brag about, shopping in the women’s section was refreshing and sexy. Later on in the festival, I saw a gorgeous man in full drag. More and more, I noticed that men and women alike were using their personal style to challenge gender norms in the West Coast festival scene.

Intrigued, I spoke with four incredible individuals – all of whom make their mark on the festival world in a beautiful way – about the way his or her personal style is the truest expression of who they are. Eamon Armstrong is the former Creative Director of Everfest, Gabe is the self-proclaimed “Ambassador to the Pineapple,” Morgen is an artist, jewelry designer, and stylist, and Izzy is a master of the man-skirt and flow arts performer. Each of them describes his or her gender and sexuality very differently, but all of them count personal style as a definitive factor in feeling confident and comfortable in their own skin.

There is something truly magical happening here on the West Coast. When you have an entire community of people who not only accept but encourage a greater exploration of the self, people extend that sense of freedom to wearing just about anything. Here are the top five reasons why West Coast festival-goers who wear whatever feel confident and whole.

1. Challenging Gender Norms is an Invitation

As the Creative Director of Everfest, Eamon constantly engaged with the festival world and his lavish ensembles make him very approachable. “By presenting myself in a masculine and feminine manner, it sets the stage for people to be open with me. Seeing the self-acceptance in me allows them to be more themselves around me, which is a great thing.”

“I thought that by wearing a skirt I could best express myself or let people know who I am with minimal effort. A dude with a skirt on. It says so much. ‘Why is he wearing a skirt?’ Come find out,” Izzy explained.

“When we give ourselves permission to be our true selves, it is an invitation for others to be that way as well. I think it is so beautiful that people bring that confidence they have in themselves, however freaky it is, out into the world and show it to people who have maybe not had the opportunity to do that themselves yet. It can be healing and transformative,” Morgen explained.

2. There Are More Outfit Options If You Don't Limit Yourself

A gender-bending look from Desert Hearts. Photo by: Galen Oakes

“I believe that clothes are inherently non-gendered. In some ways, men’s fashion is oppressive to the creative person who wants to be more outlandish. If I want something as a part of my outfit, then it is for me. It doesn’t matter what department it comes from,” Gabe explained.

“If I look fabulous, people are going to tell me that I look fabulous, no matter what I am wearing. I have my nails painted sparkly colors and people across the board at festivals are like, ‘Oh my god, you look amazing,’ and it never feels like a particularly gendered thing to wear nail polish.” says Eamon. 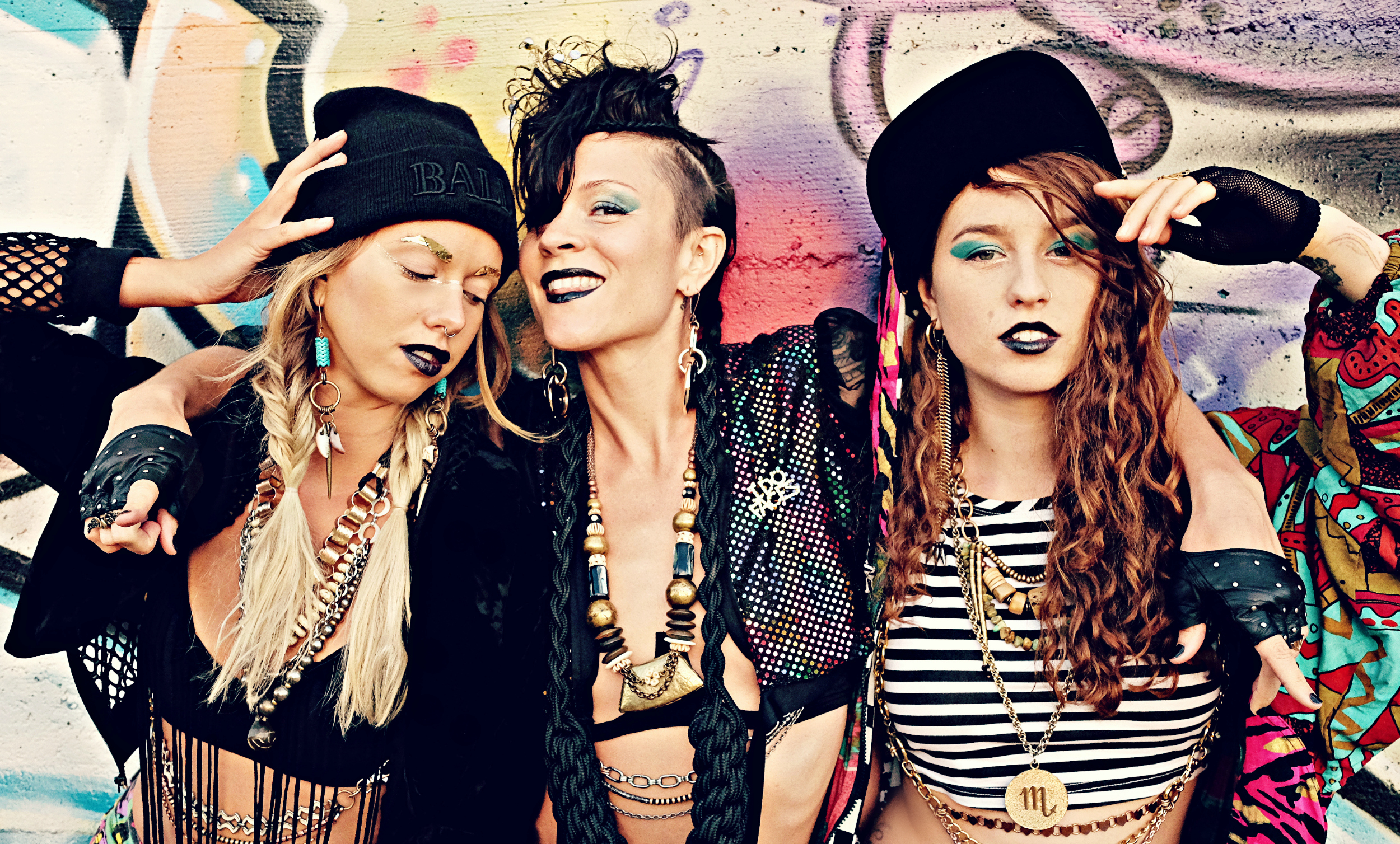 “Expanding your outfit options can allow for a more full expression of yourself,” Morgan explained. "As soon as I let go of this hetero-monogamous pretty girl idea, and instead of trying to be beautiful in all the ways I am not, I gave myself permission to be beautiful in all the ways that I am. Some days that is dressing like a boy and knowing that I can still be distinctly a woman, and love that about myself, instead of denying a part of me.”

3. Breaking Away from Gender Norms Can Help Achieve a Sense of Self 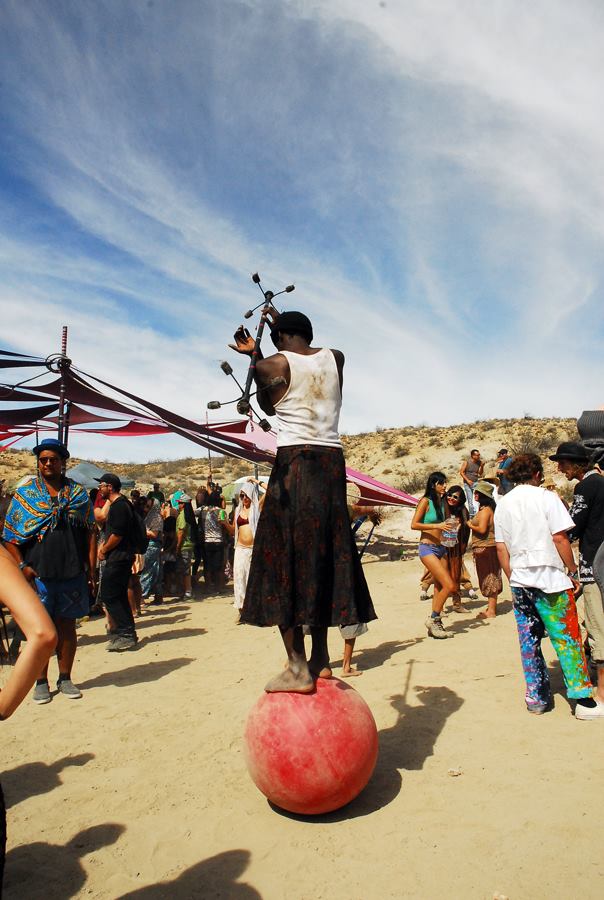 “As soon as I showed up to Lightning in a Bottle and put my skirt on people were like, 'That’s you. Who are you without a skirt? All I know is, Izzy, skirt.' That’s the shit,” says Izzy.

Festivals are an accepting environment where most people build you up, not break you down. Once that confidence sets in, it can remain long after the festival is over. “Sometimes I wear my man skirt out in public now and it’s chill, but you also get hella looks. It’s kind of fun. I don’t care anymore, I know I look good,” says Izzy. 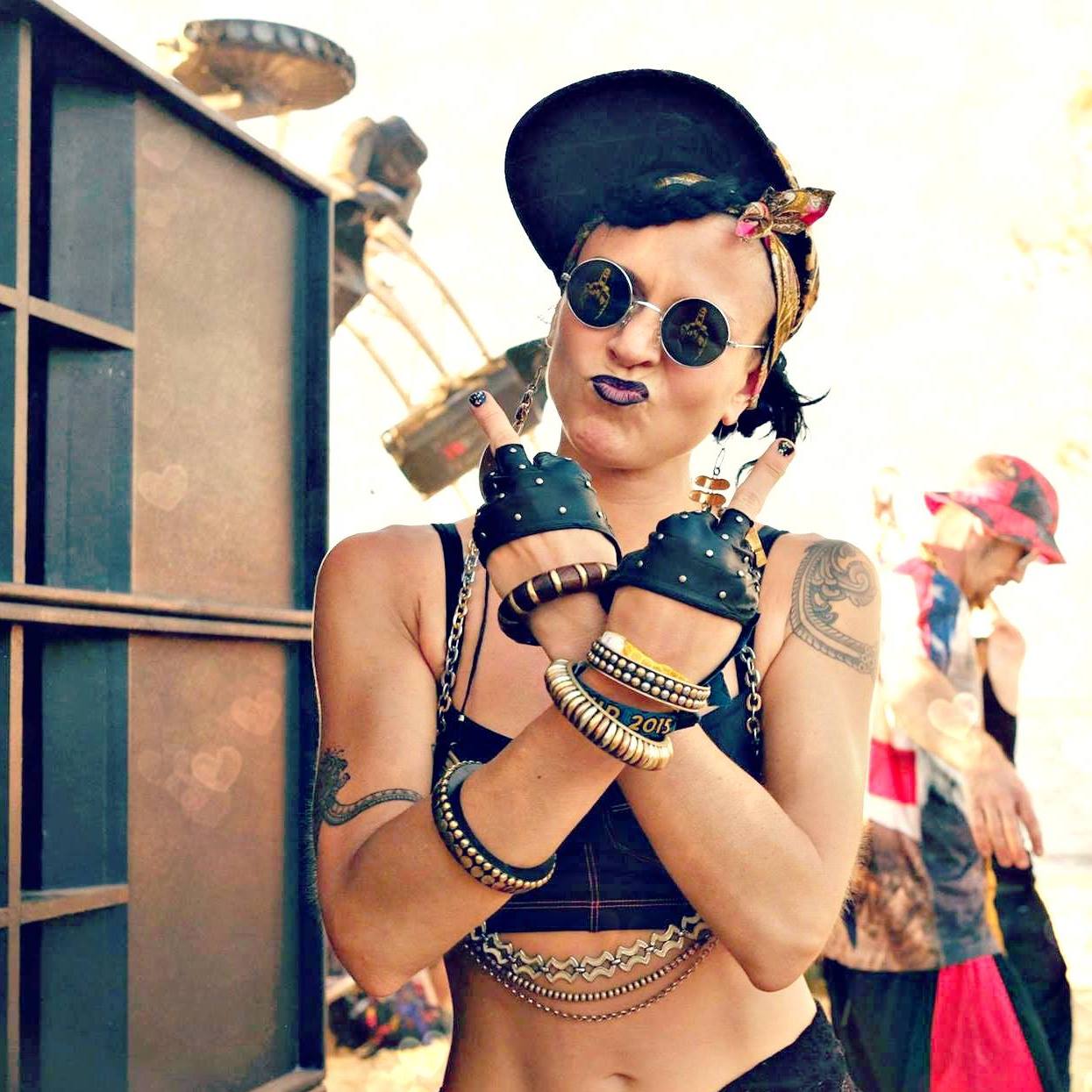 For Gabe, expressive clothing makes him feel like he is playing less of a character. “Halloween is no longer exciting to me. I don’t have that desire to be a character when I am expressing these things on a regular basis, rather than living in that box 364 days a year,” Gabe explained.

The development of Morgen's personal style was inextricably intertwined with her self-acceptance as a bisexual woman. Morgen has always been a part of the underground music scene, but it wasn’t until she moved to the West Coast and started going to festivals that she realized she could embrace any style. “Instead of denying a part of myself [in order] to fit into the container of what subculture I am a part of at the time. I can be all of those things. I could never find that integration until the last four years of my life, and that feels so good.” 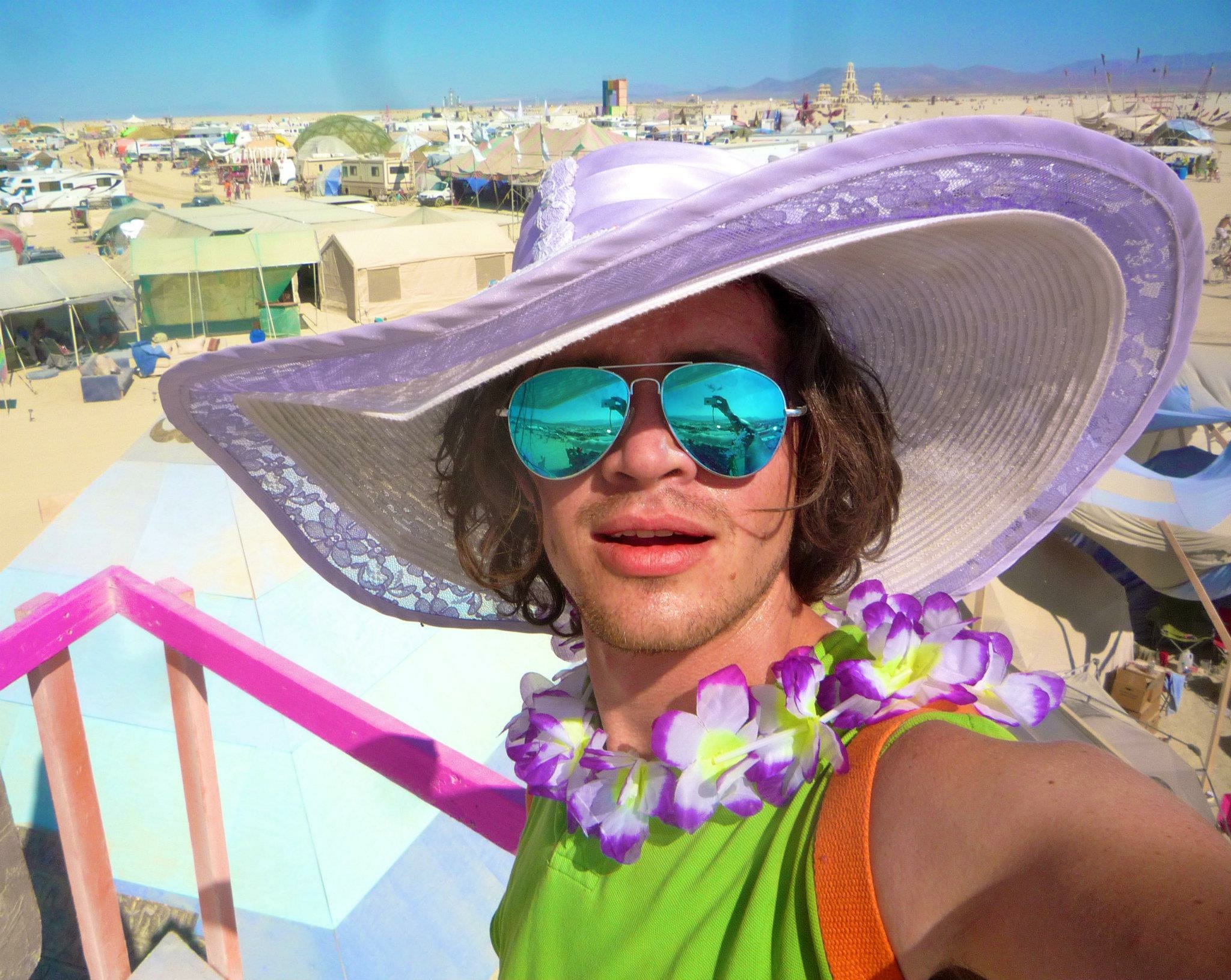 Eamon in a woman's hat at Burning Man 2011. Photo by: Eamon Armstrong

“We have boxed femininity and masculinity into these very narrow confines and it is damaging for people because we feel like we don’t measure up to what society wants us to be or look like. Then we doubt our beauty, we doubt our essence,” Morgen explained.

After donning a woman’s hat during Burning Man in 2012, Eamon realized that clothes are genderless. “That was really the moment when I understood that I could wear very feminine things and not have them explicitly feminize me.” Eamon soon started dressing fabulously with a feminine flair by wearing sparkly things, fur, colored tights, and sometimes gold lipstick, resulting in an outwardly gender fluid appearance. “I now understand that I can enhance and embrace and present my feminine energy and qualities and masculine energy and qualities simultaneously.” 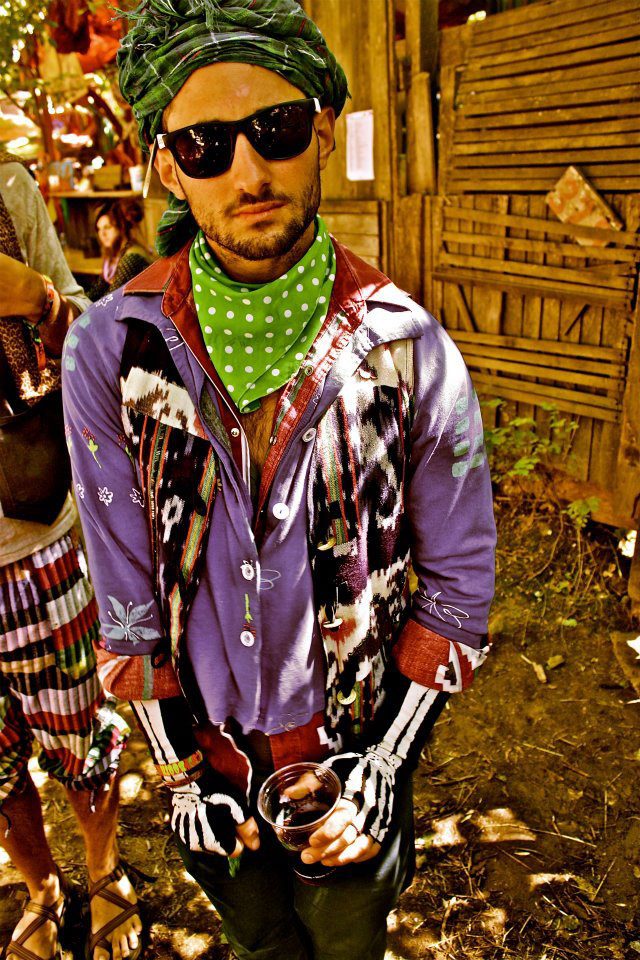 Gabe identifies as a straight male who loves pretty, fancy things. “I love the feminine more than almost anything, so while I don't feel that coming out in me, I feel that what the feminine represents is definitely reflected in my clothing. But I also I feel like my festie style doesn't have an impact on my gender.”

5. Fluidity is Celebrated in the Festival Community 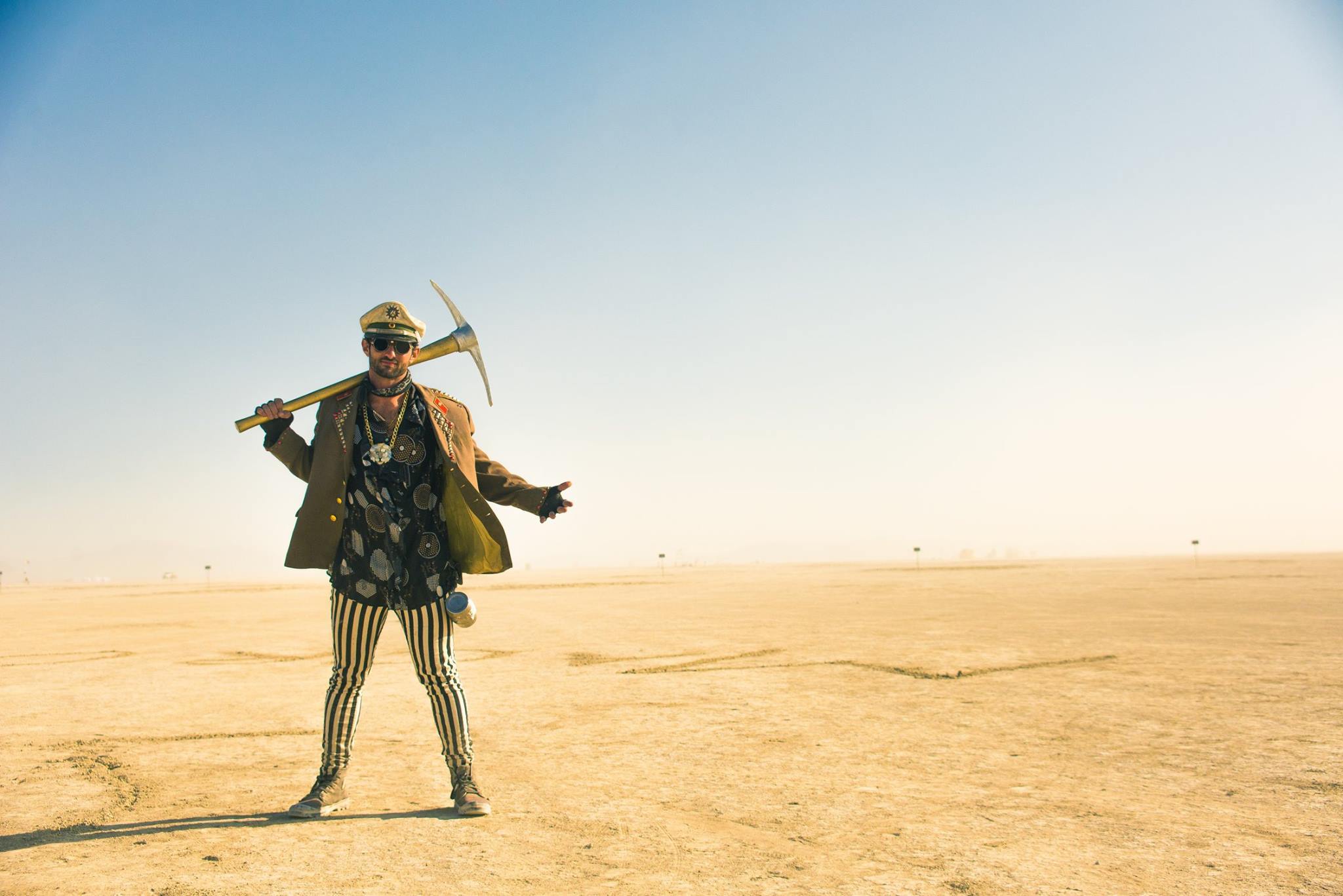 Festivals provide environments that are validating to individuality, exploration and progression that people have less fear. Once that fear is minimized or even erased, people’s true selves can shine brightly. It goes beyond mere acceptance of your fellow man or woman. It enters into encouragement and support, and that is where the true magic happens.

“For me festivals are the utmost of celebration, and I don’t want to be underdressed for the party. I also feel like the festival world is a no-fear place. There is acceptance on every level. I love it when I see men dressed up in women's clothes and rocking them. I am a firm believer that anyone can rock anything,” Gabe explained. 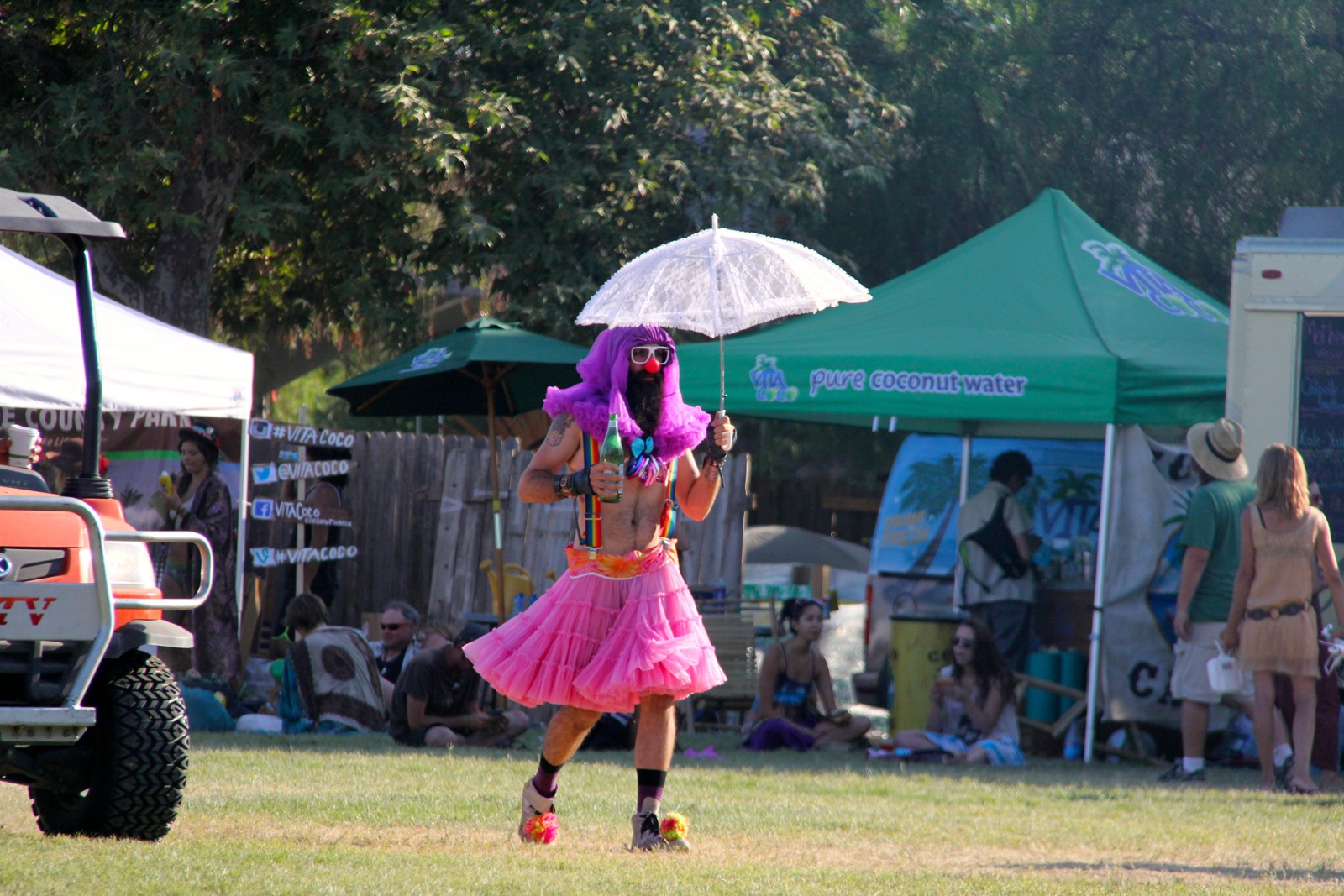 A gender-bending look from Lightning In a Bottle. Photo by: Art Gimbel

“I first went to Burning Man in 2010, and I was like holy shit, you can just wear stuff. The idea of a regular outfit vs a costume really became blurred. That first Burning Man experience gave me a sense of freedom, and for me the symbol of that freedom was the ability to dress the way I wanted to dress. After that, my outfits started to become more elaborate and exaggerated,” Eamon said. 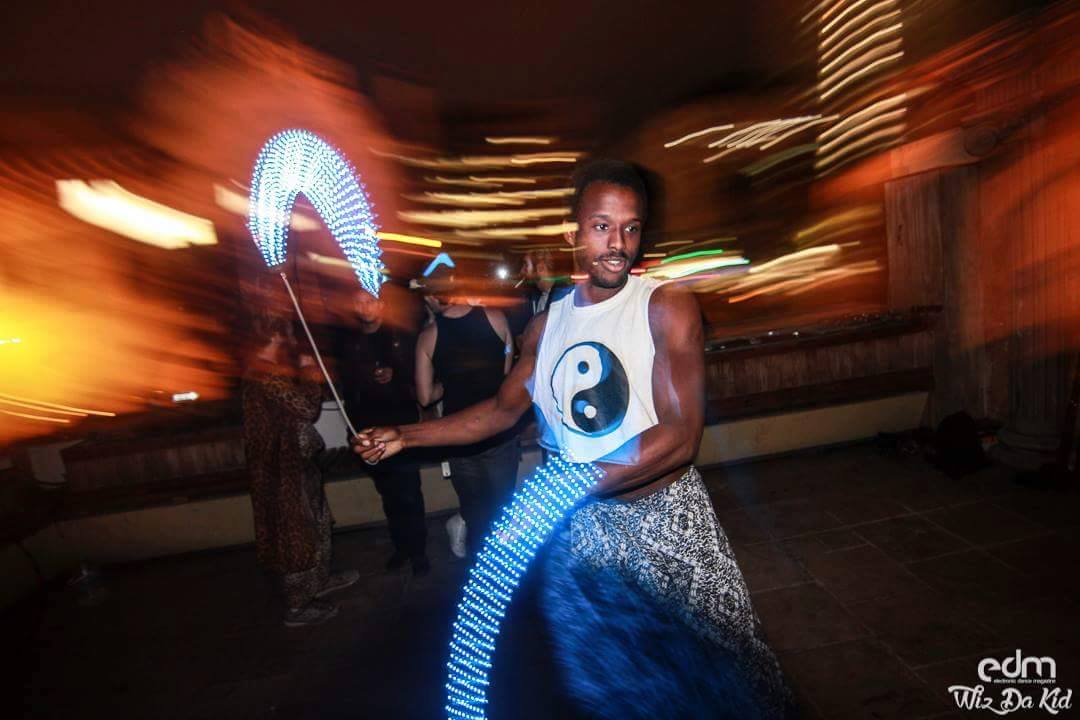 “Both my festival and queer communities let me know that I am going to be loved no matter [how] I put myself together. I don’t have to limit myself. The West Coast gave that to me in a way that nothing else ever could in my life. It changed my faith,” Morgen said.

“This community gave me the power and the confidence to dress the way I want. Too many people in the festival scene have told me that my skirt looks good so I don’t really worry about the haters in the default world,” Izzy explained.

This article was originally published in March 2016 and has since been updated.