Deeper Than the Splash Pool: 5 Things You Need to Experience at What The Festival 2015

Oregon’s annual What The Festival returns to Wolf Run Ranch June 19-22, and if you think you’ve got your weekend all planned out, think again. The amazing lineup of electronic acts (Griz, Thomas Jack, Odesza, Big Gigantic, and more) may have been the main reason you bought your ticket, but the festival grounds are filled with enticing distractions to keep you from seeing every band on your list. Here’s our list of awesome amenities you should be making memories with this year: 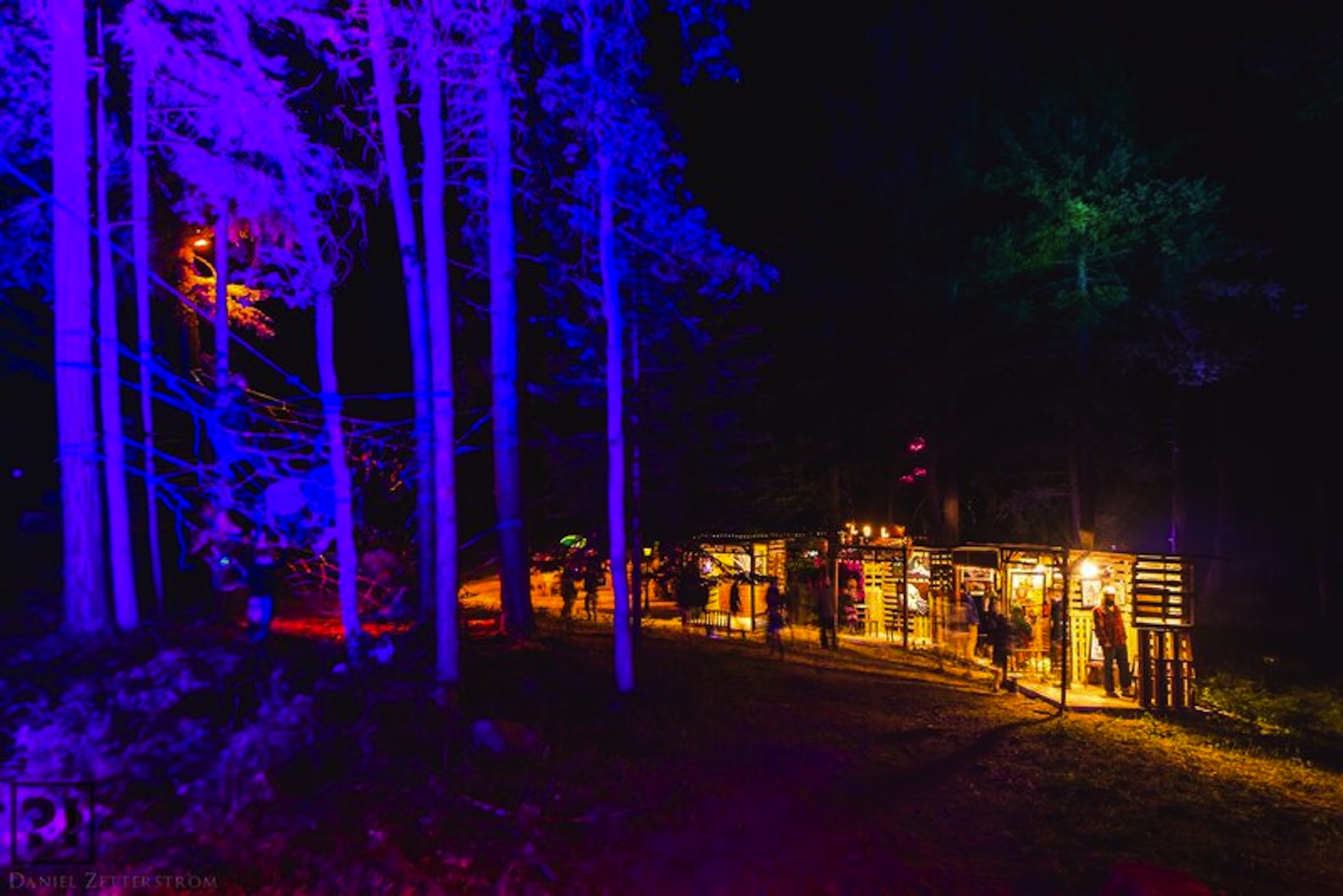 This is one of the coolest experiences you can have at the event. They’ve loaded the woods with interactive sculptures, light shows, and one-of-a-kind art installations. Where else can you play music on a flamethrowing chandelier, draw pictures on a metallic life-sized unicorn, or get an intergalactic tour from a mermaid in a magical photo rickshaw? 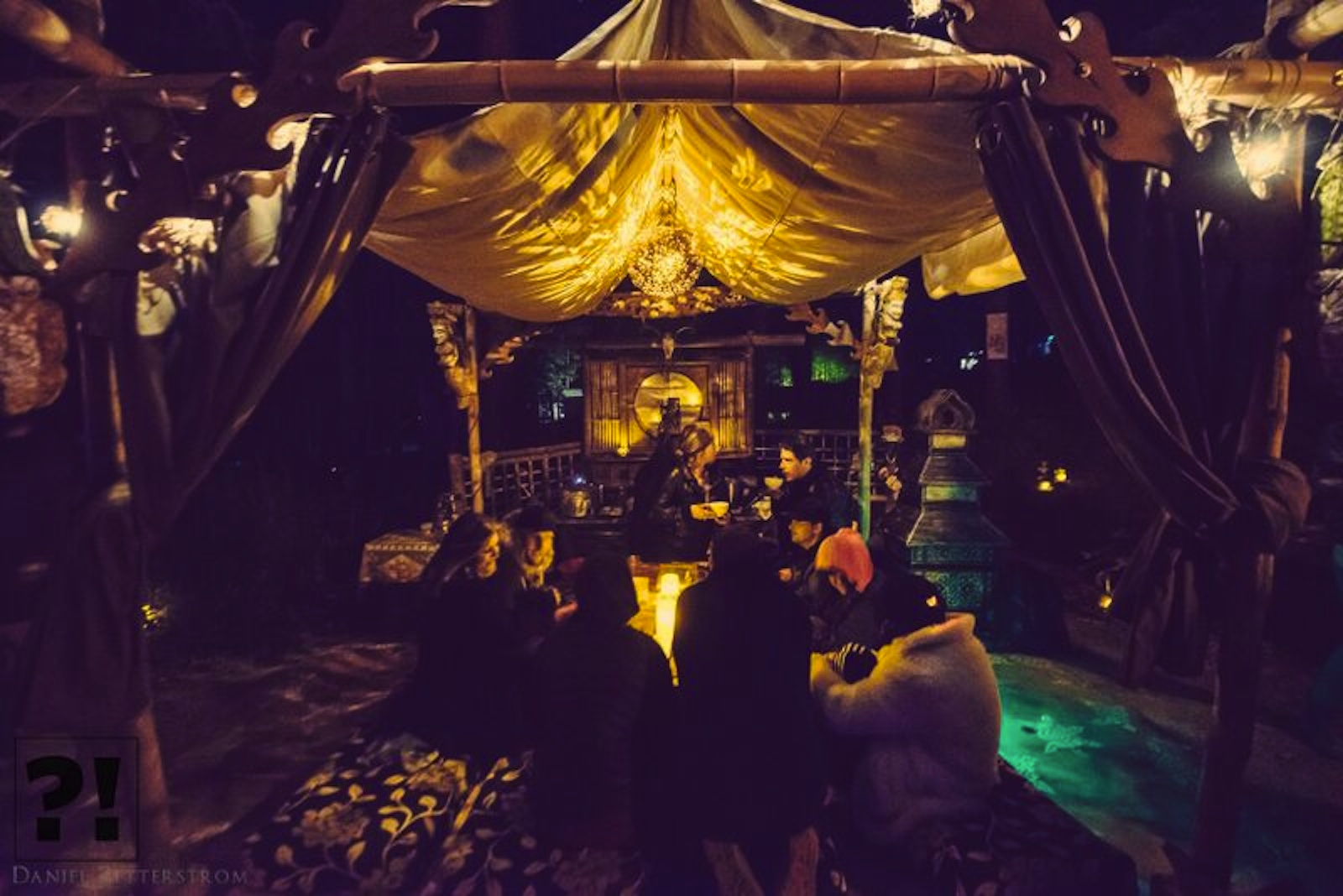 Part teahouse, part performance space, this lounge gives you the chance to immerse yourself in a Japanese spaghetti western movie. Featuring Asian and cowboy themed decor, the Shinto A Go-Go is a tranquil place to sip tea during the day, but at night they offer up sets by a number of DJs and global musicians until sunrise. 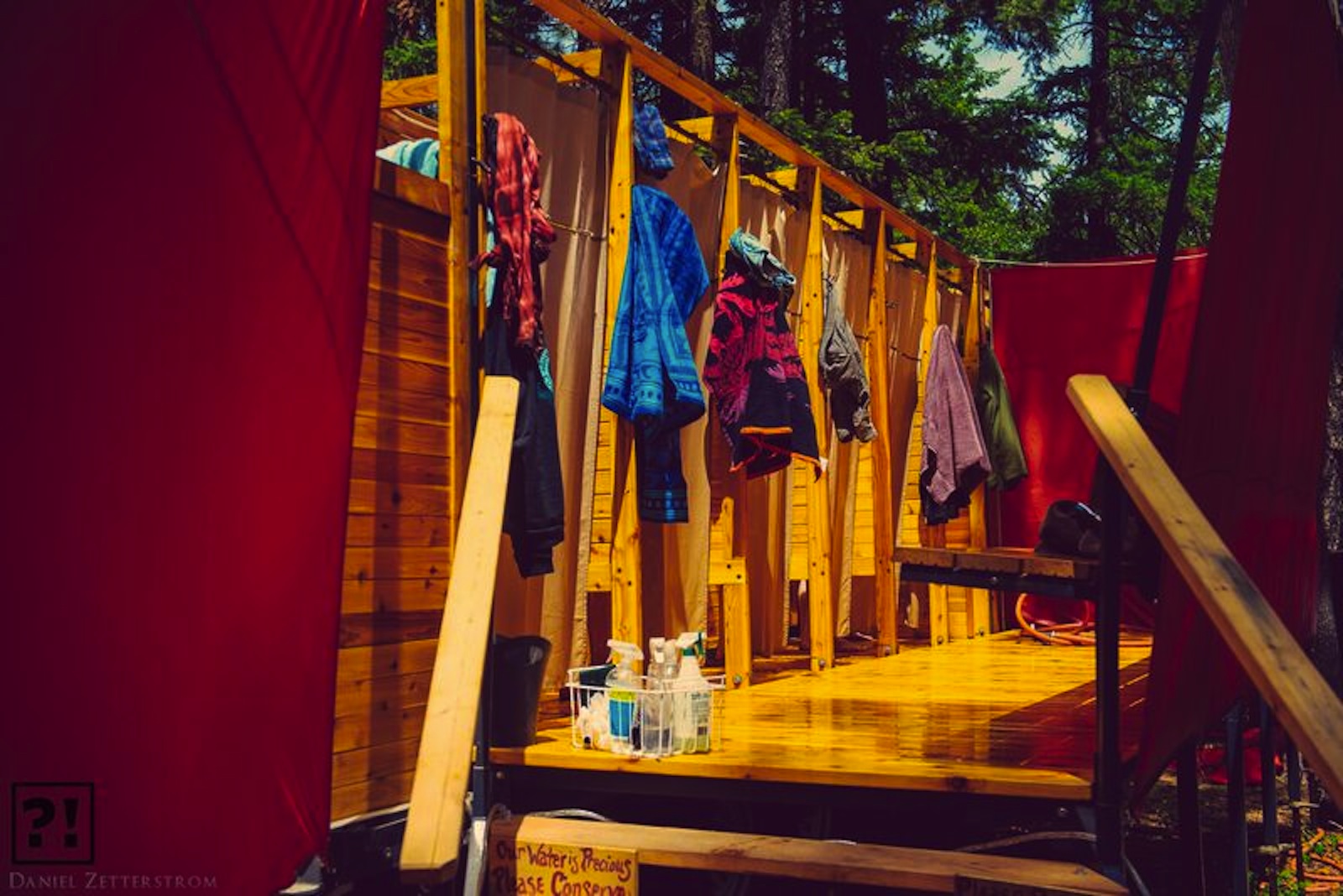 Looking for a place to freshen up and rest those weary dancing feet? This mobile bathhouse offers massages, a sauna, and the chance to take an artisan hot shower in an open-air hand crafted cedar shower stall. No need to pack a shower caddy; they got you covered with complimentary Dr. Bronner’s body care products and fresh towels. 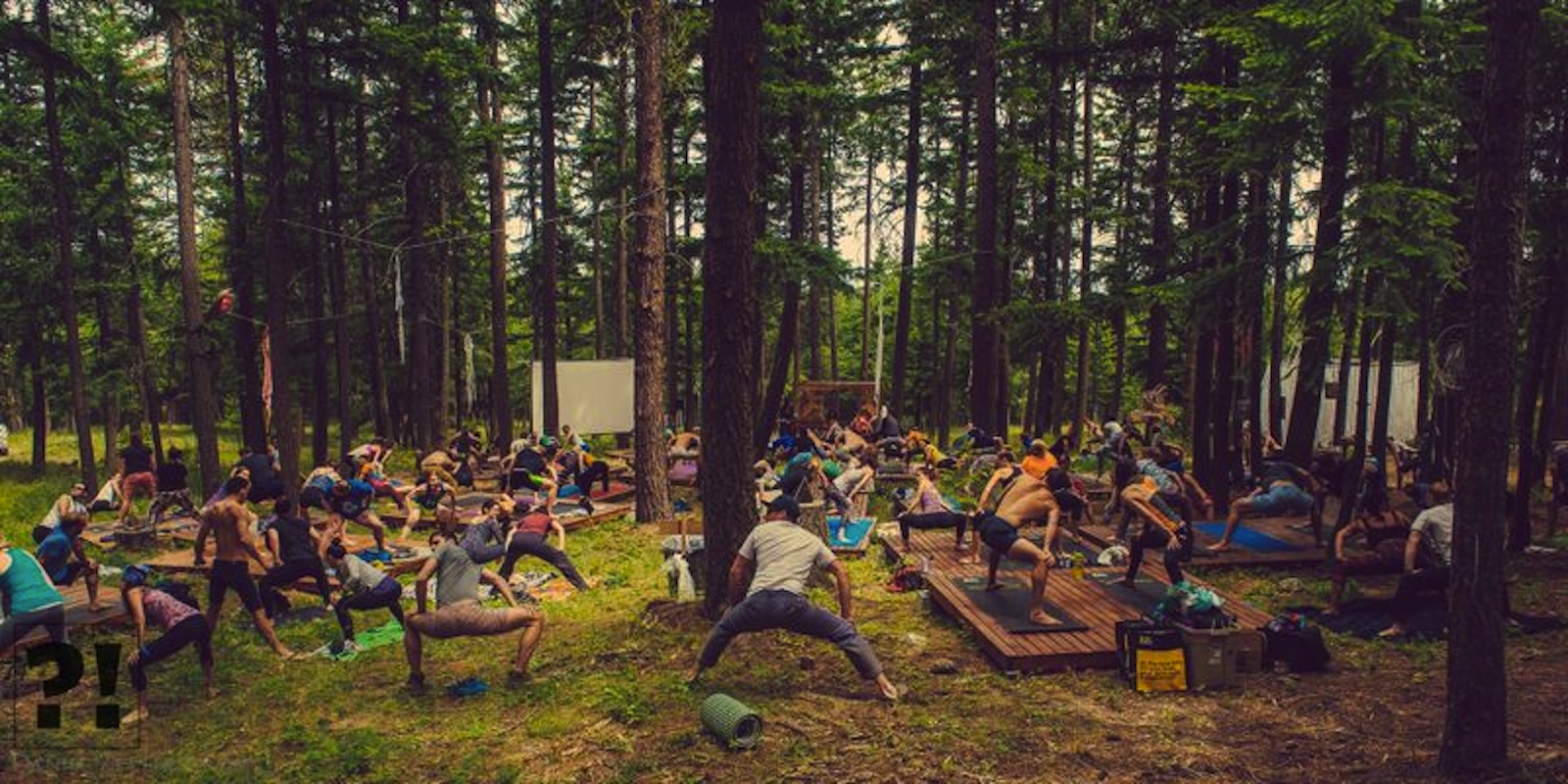 If you want to impress those around you with some killer new dance moves, you’ll need to attend one of the movement classes that are available to everyone at the fest. With over 20 courses to choose from, you can learn the proper way to breakdance, twerk, vogue, or master some impressive hip-hop choreography. 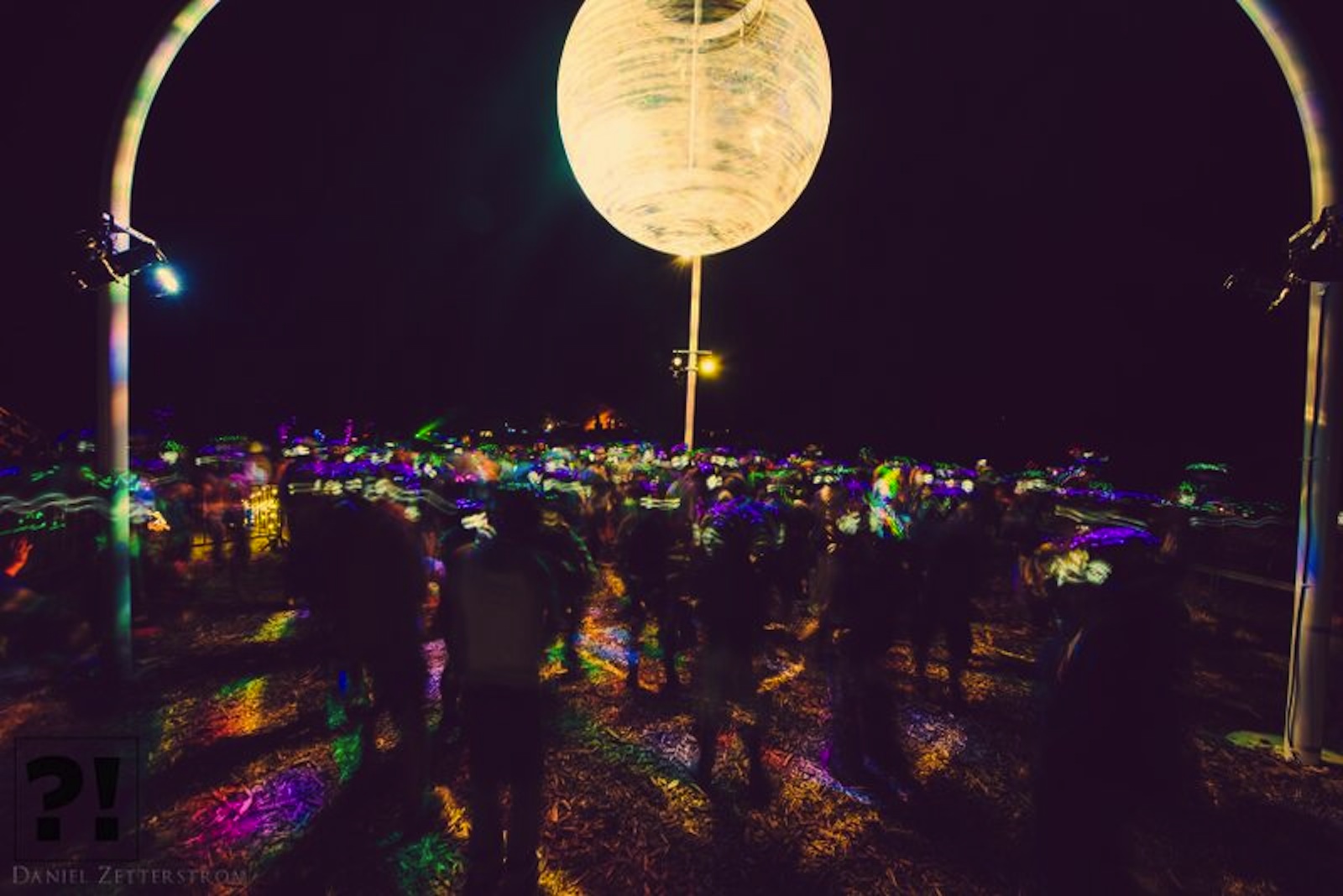 Still itching to dance after the final band of the night leaves the main stage? Head over the silent disco, put on a pair of headphones, and keep the party going under the largest disco ball in the Northwest. The fest serves up two different silent disco experiences, and each pair of headphones lets you wander throughout the disco ball area and flex your moves with abandon.

And! Bonus! Keep your eyes peeled for Fest300's free Sunscreen Station next to the Splash Pool, where you can load up on SPF protection, worry-free, while you dance the day away under the sun. Find the station every day of the festival from 12-4 pm to get a healthy spray of sunscreen on that golden skin of yours.

In addition to these five attractions, there’s also the Casbah Hookah Lounge if you’re in need of a smoke, and you can see more interactive art exhibits at Starlight Grove. Visit WhatTheFestival.com for the full list of activities. Still need tickets to What The Festival? Snag them here before they're gone.