8 Of The World's Most Colourful LGBT Music Festivals

Music festivals should be open playgrounds of respect – temporary havens where we can indulge all our yings and yangs without fear of reprisal. As a result, they’ve traditionally been LGBT-friendly zones without having to specify this on the poster. Increasingly, however, we are seeing music festivals specifically aimed at a gay crowd, though obviously inclusive of any gender, race, religion or class. It’s a great, empowering thing and demonstrates that the world is big enough for us all to get our kicks in. With that in mind it’s time to shine a light on the best LGBT- focused music festivals (not prides!), old and new. Here they are.

Milkshake goes down at Amsterdam’s Westerpark, and is a collaboration between two of the city’s biggest clubs, Paradiso and AIR. In 2016 it increased its duration to a two-day event and continues to be a celebration of free love and tolerance, as accepting of straight people as it is gay, lesbian, trans and bi. You’ll find a kaleidoscope of art, cabaret, outfits and almighty six packs, and you’ll definitely need two days just to soak up all the colourful madness.

Now in its fifth year, Lisdoonvarna is a three-day carnival full of the most spectacular matchmaking activities known in the free world. An antidote to Generation Grindr, its focus is on creating kooky, interactive activities that stimulate fun, friendship and maybe more. The schedule involves activities in the day and glam parties at night, so expect surfing treasure hunts and spa trips, followed by traffic light balls and shows by some of the kitschiest acts from the Emerald Isle.

Spread across an eye-watering three weekends in Barcelona, Circuit is now an absolute pillar of European LGBT entertainment heading into its 11th year. There’ll be parties on every night from local promoters like Megawoof and Rapido, not to mention its famous parties at the Illa Fantasia water park. The latter have proved so popular that in 2016 they added three more dates and are ticketed affairs; if you’re trying to keep your costs down, get down to Mar Bella Beach bar where the parties will be as free as the good vibes. 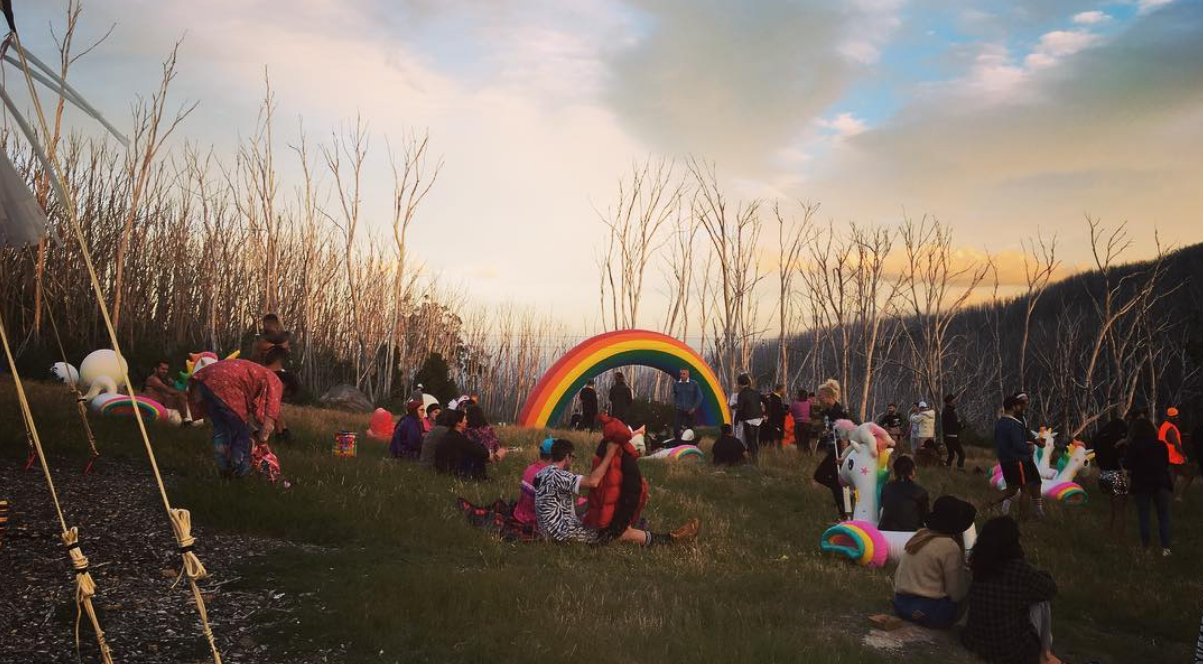 Gaytimes just had very successful third year, during which revelers from all over Oz descended for a weekend of music, art, community and self-expression, where festival-goers could party or relax as hard as they liked, all under the watchful eye of that sweet Australian sun.

Since its 2015 inception, Yo! Sissy has established itself as a preeminent forum for queer culture. Though it welcomes both sexes with open arms to the festival site at Columbia Complex in Templehof, performance-wise, the focus is on promoting female and trans-identified talent. The likes of Peaches, Le1F and Mykki Blanco have performed since it started and this year, on the Saturday afternoon, a market will sell food, drinks, clothes and other cool gizmos all made by gay business proprietors.

TropOut was born out of its curators’ wish to combine their love of traveling and partying, so beginning in 2017, gay guys from 21 nations all bundled into Bang Tao Beach in Phuket for a week of soul hedonism. Whilst days were filled with cooking classes, island adventures, monk blessings, yoga and massages on the beach, the evenings descended into nightly beach party chaos. It's holiday and a festival in one neat package, and it’s small enough to guarantee you’ll find a new BFF every day of the week.

Folsom Europe is Europe’s biggest fetish event, with 20,000 rubber and leather enthusiasts descending on the streets of Berlin’s Schoenberg district for what the organisers call a "long weekend of fun, freedom and sleaze in one of the world’s most vibrant capitals." It's been going since 2004, and as well as the street parties you’ll find clubs and bars dancing to the beat of the fetish drum. Probably not one for beginners.

Bearing in mind Russia’s famously prohibitive attitude towards homosexuality, the organizers and attendees of Queerfest should not so much be applauded, as hailed as fearless pioneers of our time. This is a hugely important event because it stands up for freedom in the face regressive attitudes. 2016 was actually the first year in which the opening night did not receive attacks or demonstrations, and the rest of the event – then in its eighth year – was a combination of workshops, discussion and social events, all based around a further comprehension of gay Russian culture.

This article was originally published in 2017 and has since been updated.