8 Sizzling South American Music Festivals To Get With In 2017

South Americans love to express themselves through music and dance. It’s one of those generally accepted stereotypes that has some truth in it. Anyone who’s been to Brazil and experienced Rio Carnival or Universo Paralello's nonstop psytrance party on the beach, or just a regular Saturday night in any of Rio’s clubs, will confirm this… So you can be sure that their festivals will be off the chain, full of energy, flamboyance, colour, great vibes and lots of friendly people. It’s undoubtedly a festival destination that everyone should try out at least once, so here’s a guide to some of the continent’s best music events.

The Dutch powerhouse label and festival brand took its highly-regarded event to Brazil this year and excitement, on both sides of the Atlantic, reached fever pitch weeks before it had even happened. Dekmantel organizers are experts in lineup curation, everything they do is with the greatest attention to detail and a duty of care to its attendees that is second to none. Production quality is high, as is the sound; their love for music is present in every aspect of their festival. Every single Dutch edition has had nothing but flawless feedback and so far, it’s been the same for the Sao Paolo edition.

No surprise there, with DJs like Helena Hauff, Nicolas Jaar (live), Nina Kraviz, Tom Trago, Palms Trax and many more, playing the finest electronic music in the beautifully archaic and industrial Jockey Club and Fabriketa locations, fans are already looking forward to next year’s festival. 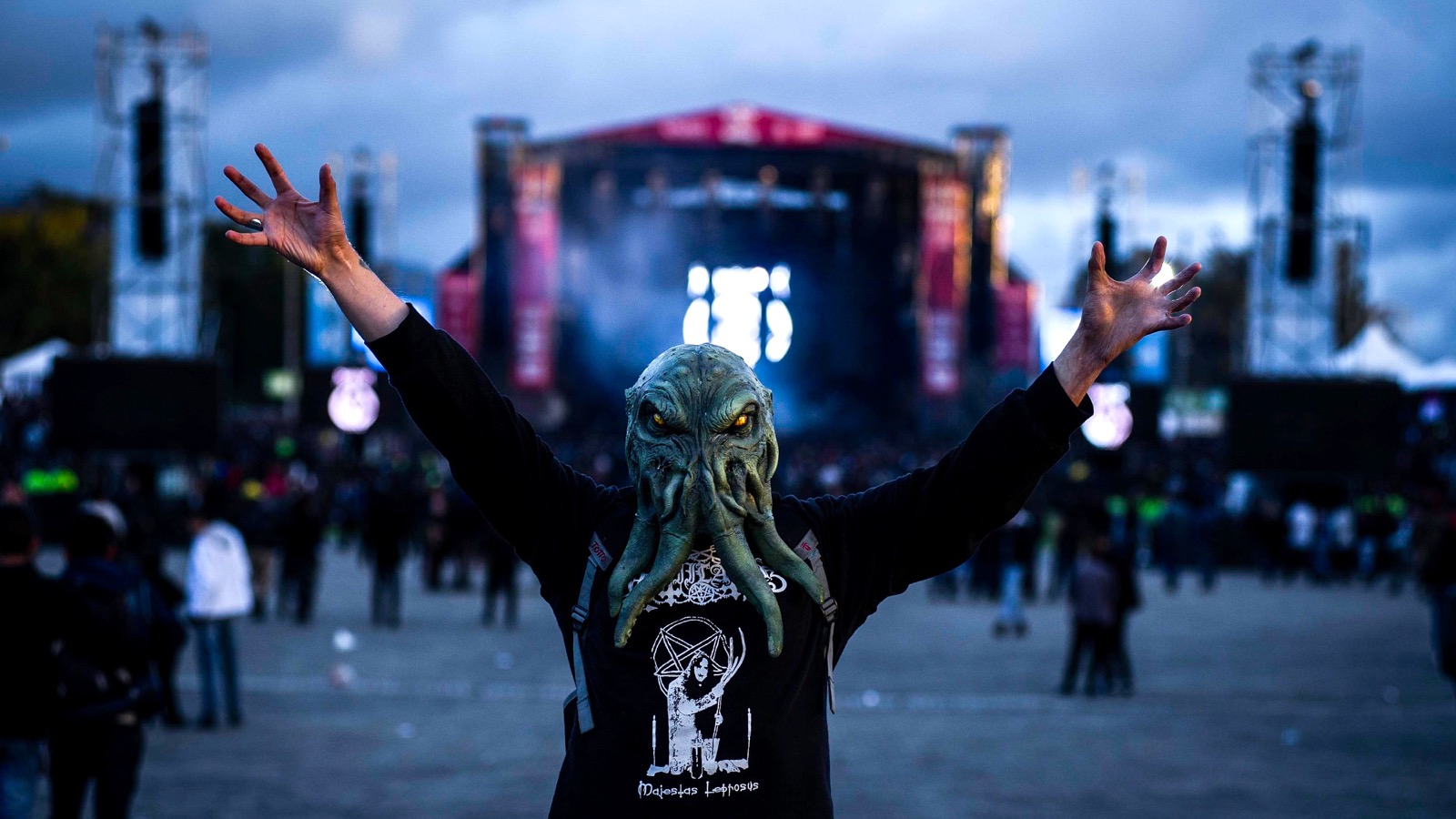 In a time when festival-goers are devising complex schemes to afford $400 passes, it’s incredibly refreshing to see a festival like Rock Al Parque in Bogotá, Colombia, completely do away with exorbitant ticket prices and offer entry at no charge. Credit for this largesse goes to the local government and its mission of promoting the arts in Bogotá.

When it launched in 1995, Rock Al Parque was an instant hit with local and foreign rock fans. Less than a decade into its lifetime, attendance was already around the 400,000 mark. It’s shocking what offering good music at zero cost will do to your popularity. Rock Al Parque really is about that rock n' roll way of life. The festival features little to no hip-hop, electronic music, or any other genre besides rock. As a result, there's a unique intensity and passion residing in the show’s DNA, as Rock Al Parque is very much for rockers, by rockers. Within its yearly lineups you can find nearly every iteration, derivation, and sub-genre of rock. The festival started off featuring strictly pure forms of rock, but as it quickly grew in size, that necessitated a push for more diversity within its selection. Heavy metal is without a doubt the reigning champ of the lineup on the bigger stages and popular set times are always reserved for mega-acts like Coheed and Cambria, Cannibal Corpse, and Anthrax.

After the tragic events that occurred at this year’s Mexican event, BPM’s organizers will press on with their debut Brazilian festival. Held in association with the owner of legendary Brazilian club Warung, BPM Brazil takes place in Praia Brava, Itajai and Balneário Camboriú. The lineup has yet to be announced, presumably in part due to the effect that the Mexican tragedy has had, but anyone who knows what BPM is about will be able to hazard a guess at some of the names who will be appearing on the bill. In short, it will be ridiculous and will no doubt include some of the world’s biggest artists, label and party promoters.

In light of what happened in Mexico, we imagine that this will be a huge celebration not only to pay respects to those who passed away but also as a show of unity and defiance in the face of negative forces.

Running since 2010, Estereo Picnic takes place in the Colombian capital of Bogota and encompasses a variety of music from rap and reggae to indie, rock and dance music. Initially the festival struggled to attract a large audience, but the organizers took a step back and realized that they should book some international heavyweights. They also made the brave decision to reduce ticket prices by 25%, in order to get more people to attend. The plan worked, and it has been a huge success year on year, with attendance figures now at around 63,000 – ten times the amount of festies who bought tickets in 2012.

It was a remarkable increase, thanks in part to their change in lineup bookings, but also because the event itself is amazing. On a par with better-known events like Glastonbury, Estero Picnic reps diversity and the big acts, along with bringing through local talent and insane production. Just watch the after movie for their 2016 edition to see what we mean.

Possibly the biggest homegrown festival in South America, Rock In Rio has branched out beyond the continent’s borders to Lisbon, Las Vegas, Nevada, and Madrid– but Brazil is its true home. It all started in 1985 when entrepreneur Roberto Medina got things rolling. Acts like Queen and Rod Stewart helped to attract over one million people during the festival’s 10-day run. Odd fact: Apparently McDonald’s sold a World Record 58,000 burgers at the festival during the inaugural year. Since then, everyone from Prince, Rihanna and New Kids On The Block (remember them?!), to the Foo Fighters, Bon Jovi and Swedish House Mafia have been on the bill, alongside hundreds of other superstars from the world of music.

It is a showstopping festival that has really become the jewel in the crown of Rio music fests, and this year’s event is already looking like it’s going to be one of their biggest on record.

Infamous American festival brand Lollapalooza already has a strong rep, thanks to its consistently high level of music curation and event production. Beyond its Chicago, Illinois, home, it has made a mark on the global stage and is now held in five countries outside of America. Three of those countries are in South America; Argentina, Brazil and Chile, each of which benefits from the experience of Lollapalooza’s organizers who bring a touch of class to their events.

Lineups are second to none, organization and logistics always on point and the production is excellent. Having three South American nations host their event means Lollapalooza can gain more knowledge and experience to channel back into their festivals around the world, improving with every step.

Universo Paralello translates to “parallel universe” in Portuguese. It’s the best, most concise way to describe the feeling of this utopian Brazilian music and arts festival that takes a New Year’s Eve celebration and stretches it into a 10-day psychedelic, trance music affair.

Since 2003, thousands have clamored ever two years through the mountains of the Brazilian highlands to reach the sands of Pratigi Beach. The festival takes place here on a coconut farm near the town of Ituberá in the state of Bahia. Somehow untouched by the growing tourism around it, Pratigi Beach still seems like the most remote place on Earth, especially one designated for a rave at the end of each calendar year.

The 10-day event features eight days of music across six stages, including the fan-favorite UP Club Stage. DJs and artists come from all over the world to revel in what the fest itself calls its annual celebration of “music, history, union and psychedelics.” Much of Latin America is represented, with artists from Brazil, Argentina, Chile, and Mexico, with other DJs and acts traveling from Europe and as far away as South Africa and Australia. Returning artists include Israel’s progressive trance DJ Captain Hook and psych trance DJ Loud, English artist Avalon, German producer Neelix, Brazil’s CH5, and more.

This globally touring music festival is billed as the "World's Largest Paint Party." Combining the euphoria of dancing to world-class EDM with explosions of rainbow hues across the multitudes of revelers (don't worry, it's just water-based paint), the event has come a long way since its origins in Florida nightclubs. No word on what big names will have the subwoofers throbbing at its Paraguay 2017 edition, but you can bet they will be worth the plane ride.