To the less cultured festival observer, a season without Glastonbury is like an omelette without eggs. And although the Worthy Farm-based festival is the biggest in Europe and a cultural arbiter, Europe is blessed with numerous events that, in their own way, replicate that transportive Glastonbury experience. From 2,000-person boutiques to a Danish Goliath, here are 9 that’ll scratch that Glasto itch.

If any European festivals were twins it would be Glastonbury and Roskilde. Roskilde is vast (160,000 capacity) and has a long-standing connection to environmental and social issues; it even has a "Clean Out Loud" camping area for eco-conscious individuals to camp together and get high on green vibes. It’s also one of the only Euro events that can attract the same kind of top-tier names; this year, Eminem and Bruno Mars top the bill.

Photo by: Georgina Harrison for Bestival

Bestival organiser Rob da Bank has never hidden the influence of Glastonbury and, from the flags that pepper the Bestival site to the multitudinous programming to the carnival sense of madcap hedonism that pervades the festival, that influence runs deep. Last year Bestival moved from its previous Isle of Wight home to Lulworth Castle in Dorset for its 15th annual event. It’s one of the most-loved events in the European calendar; roll on August. 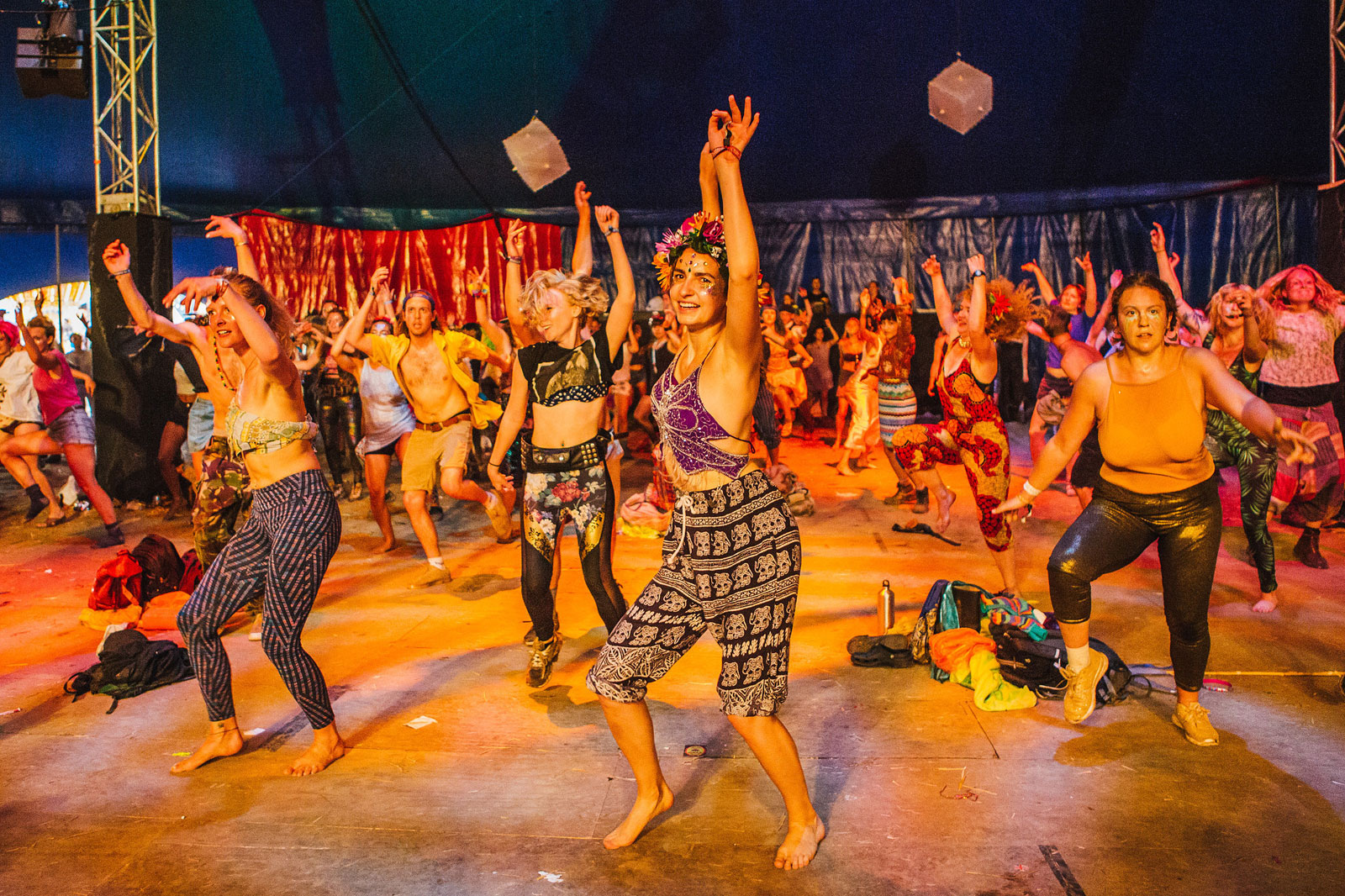 Shambala is for the free spirits and acid dreamers. It has a hugely devoted following and it sells out its 7,000 capacity before most festivals have run through their Early Birds. Vibe-wise, you’d probably pop it between Glastonbury and Burning Man; there’s participation opportunities aplenty (including power ballad yoga and, um, a penis drawing class) and impeccable green credentials with Shambala now fully veggie on-site and the first UK festival to go single-use plastic free.

Meadows In The Mountains is an Eden of open-mindedness set deep in Bulgaria’s Rhodope mountains. It's so remote, you'll stay in the homes of local villagers and take donkey-drawn carts up to the festival. Music-wise, it’s more of a Block 9 @ Glastonbury vibe, with the very best in underground house and techno from the likes of RAMZi, Idjut Boys and Gwenan. The Meadows community is real; genuinely, everyone there knows each other and parties like temporary festival siblings.

Down The Rabbit Hole describes itself as “adventure, confusion, surrealism and psychedelics” and for anyone who’s ever spent a night in the industrial wonderland of Glastonbury’s Shangri-La, it’ll sound eerily reminiscent. They back their commitment to controlled weirdness up with a tub-thumping lineup including Queens Of The Stone Age, Anderson .Paak & The Free Nationals, St. Vincent and Nick Cave.

Croatia’s Soundwave is like an afternoon at Glasto’s West Holts, only on a beach with clear, sapphire skies and no need for waterproofs. The festival focuses on the soulful side of dance, though you’ll also find jazz multi-instrumentalists (Tenderloinius), shimmering RnB (Malhalia) and your mum’s favourite English rapper, Loyle Carner. There’s an extra special reason to go as this year – its 10th – is it’s final event. Expect tears glistening on the sand come Sunday night. 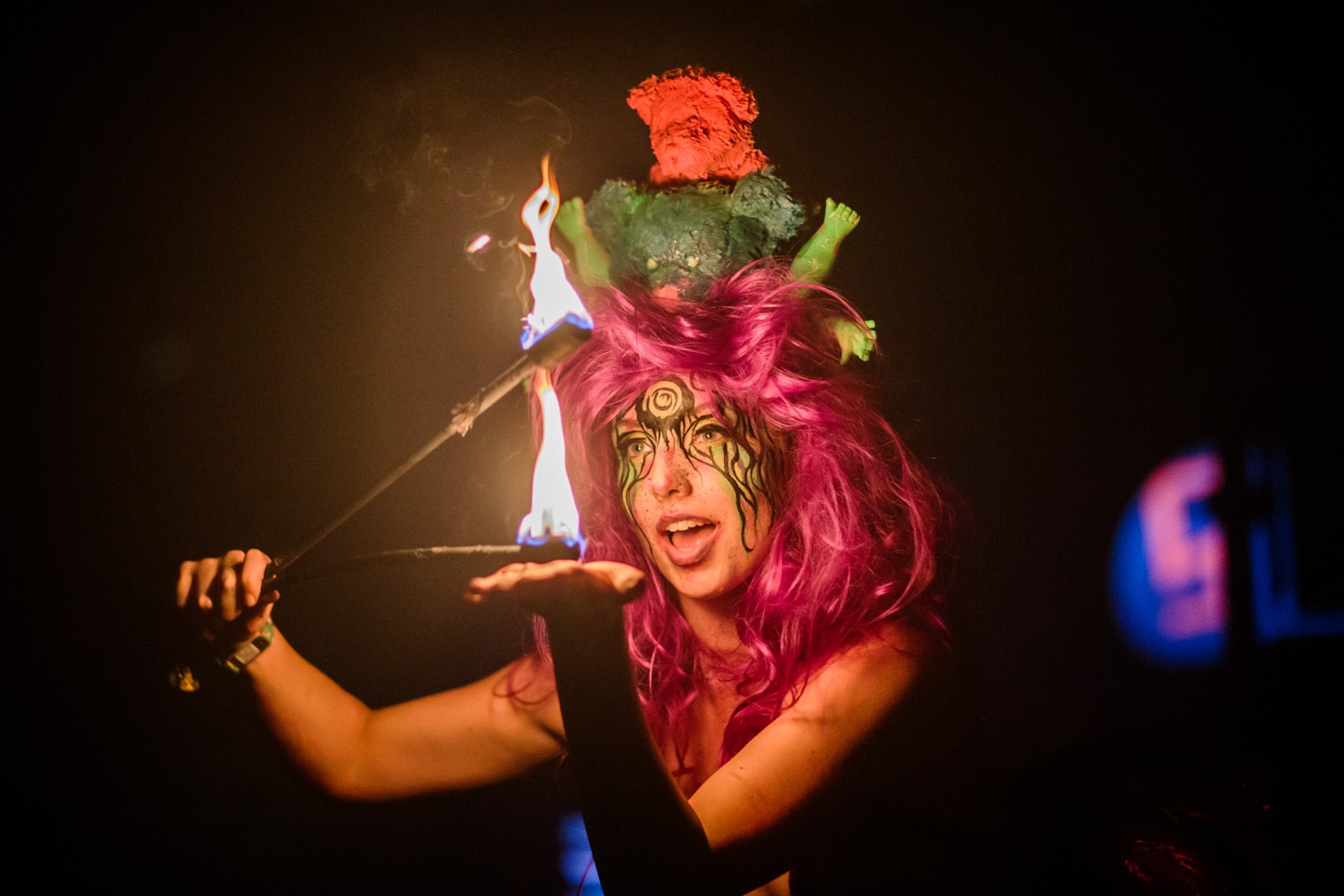 Over the course of its nine years Boomtown has developed a notorious reputation for sprawling, industrial production unmatched by any other event, and its attendees' penchant for partying. This year, it’s booked some serious names too, with headliners Gorillaz, Die Antwoord and nü metal progenitors Limp Bizkit alongside a heavy bass lineup.

Although the festival is rightly famous for its twanging, dance-focused lineup (think Laurent Garnier, DJ Koze and a whole lot of Europe’s most boogie-inducing names) a central tenet of its USP is the green credentials that underpin everything it does. Examples? It’s fully powered by renewable energy, all food is locally sourced and organically grown, and in 2018 it plans to be a zero waste event. Can’t argue with that.

Glastonbury is perfect for teenagers dipping their toes into the perceptive-altering world of festivals, and Standon picks up that baton. Not only is it the UK’s only festival with a swimming pool (with obligatory poolside DJ) but it also has a dog show, costume parade, rockaoke (karaoke with a live band) and gamboling costumed performers seemingly intent on ensuring you need not have a sensible conversation for three days. It’s a grown-up world, but not as we know it.