Where Does The UK Stand On Drug Awareness and Harm Reduction?

The conversation around drug awareness and harm reduction at festivals is becoming less and less taboo these days, thankfully. As a general air of public acceptance that drug use is common at festivals - just as it is in everyday life - starts to permeate through the music industry and the media around it, we find that there can be real progression in respect of the way events manage harm reduction and their drug policies. We have a very long way to go though, and the main struggle that many festivals face is dealing with the attitudes of those in positions of power within local and national authorities. In the UK, drug policy has always been pretty draconian and certainly hasn't done much to either eradicate the problem of misuse, as it seems they would like to, or to educate people about using drugs responsibly. During a conference called Festival Futures, organised by the Association for Independent Festivals , which took place in Brighton, UK not long ago, we saw a brilliant presentation by Katy MacLeod, Direction of Chill Welfare - an organisation that sets up safe spaces at festivals where people will be looked after regardless of their problem. Fest300's European Editor, Marcus Barnes, spoke to Katy about the issues that face festivals in the UK right now, focusing mainly on drug awareness...

Sniffer Dogs Are A Big Problem

"Sniffer dogs are a big problem. They're more likely to make people pre-load," Katy says to Fest300. We're discussing some of the problems that are preventing progress when it comes to the sticky subject of drugs. Katy's organisation, Chill Welfare, has been in operation since 2015, though she has a long history with harm reduction and after-care at festivals. The main aim for Katy and her teams of volunteers, who work tirelessly at festivals up and down the UK, is to 'reduce the harm caused by alcohol and other drugs, support mental wellbeing and promote sexual health'. It's a job that requires empathy, good people skills, patience and a whole lot of love.

The sniffer dog issue is one that embodies the prohibitive and regressive attitudes of many authoritative bodies across Britain, and it's the first of several that Katy kindly talks us through, lending her first-hand experience to addressing some of the key issues facing the UK's festival industry for Fest300. "People can, and will, use substances regardless of how the tight the measure against them are. I always say that, if drugs can make it into prisons - one of the most secure environments we know - then it's impossible to keep them out of festivals," Katy tells us.

"The dogs don't do what they're intended to do. They are supposed to be a deterrent, but people still take the risk of bringing drugs in with them. They may give a positive indication, but if the drugs are really well hidden, then it renders the subsequent search a bit pointless." Katy also highlights the problem of pre-loading, where people panic when they see the sniffer dogs and take some, or all, of their stash while in the queue, which can have huge health implications. "Perhaps the money that is spent on having the dogs, which I understand to be rather a lot, could be better spent on drug testing, or having chill out areas for people to go to when they need a break," Katy adds. 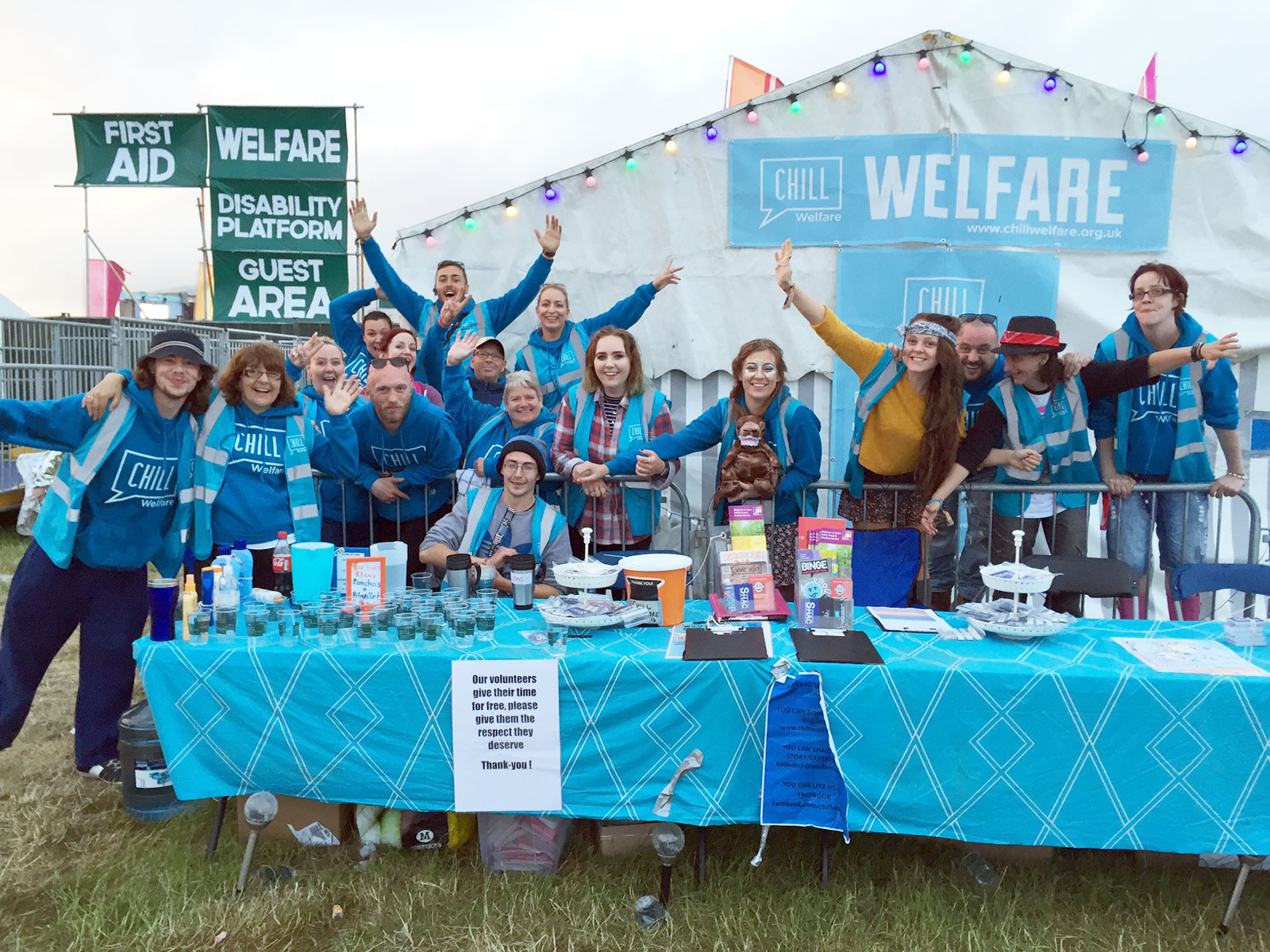 Festivals offer young people the opportunity to really push their own boundaries, and find out more about who they are. Often they will be one of the first places that a lot of people experiment with drugs, which is another issue Katy is keen to speak about. "You've got young people going to festivals, who possibly don't have a lot of experience with drugs and are much more likely to take substances they haven't tried before within that environment," Katy explains.

"They're more likely to get carried away and we almost always see a young demographic coming to us at festivals, usually between the ages of 18 and 21." In your late teens you usually still feel invincible and able to put your body and mind through a lot more than you would when you get older. Lack of experience can mean overdoing it, and dealing with the possibly negative consequences.

Connected to this is something we hadn't considered, a very interesting point with regard to where festies have grown up. "There are a lot of issues with people from rural areas, who are at a higher risk of overdoing it I'd say. Usually this is due to the lack of availability of substances where they come from, whereas city people are generally a bit more street-wise. It's a very interesting trend that we've observed," Katy tells us. 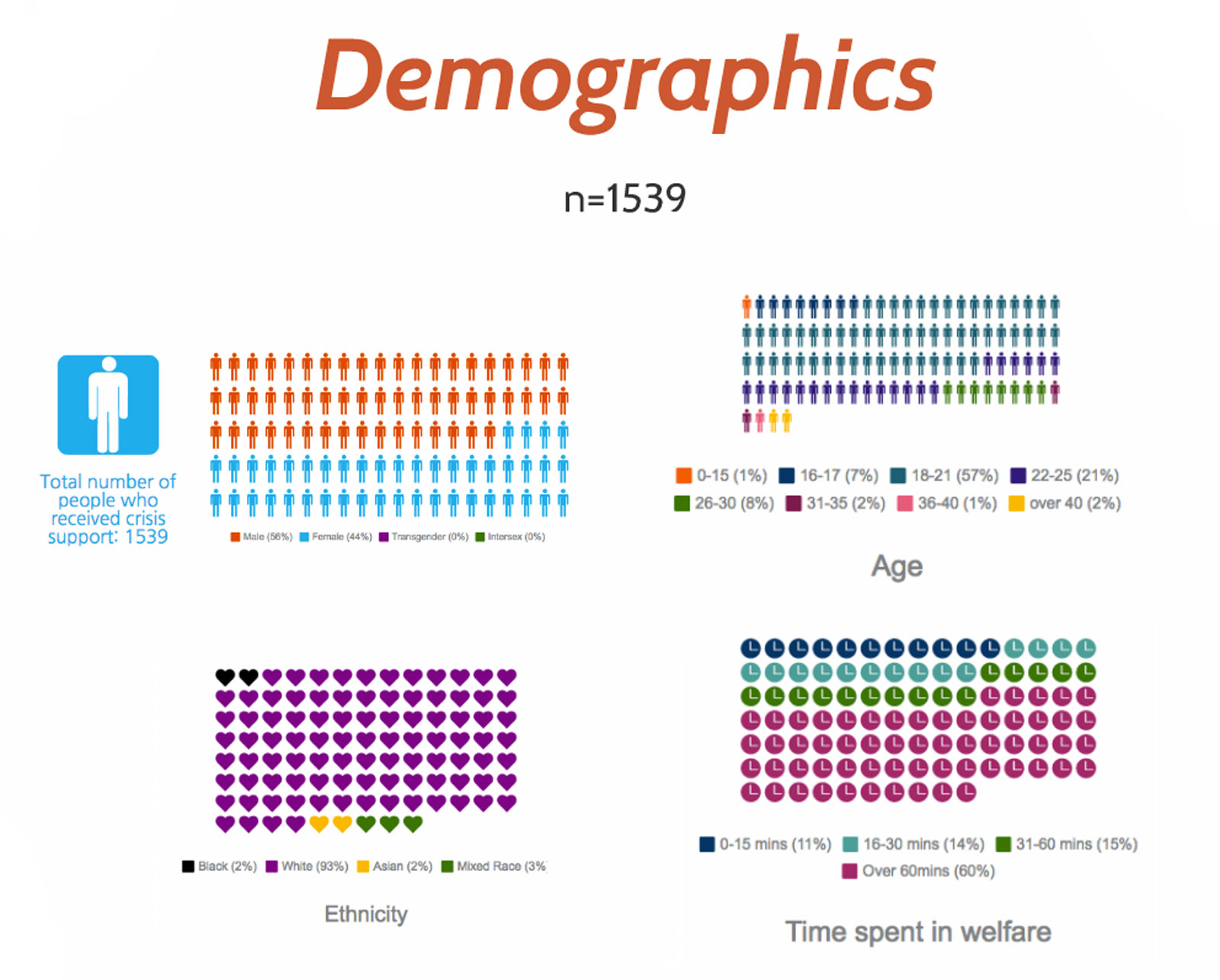 This is where education is absolutely key. Perhaps those revelers from rural areas, or young people generally, could benefit from a frank discussion about illicit substances when they're at school? "I use sex education as a parallel model, does giving out condoms to people make them have more sex? Probably not, there's no evidence to  suggest that occurs. What it does do is prevent harm, the spread of disease and the risk of pregnancy. It's about education, and encouraging a responsible attitutde," Katy explains. A problem that seems to be pervasive in puritanical America, as well as here in the UK, is the notion that acknowledging that underage sex and drug use even exists is an act of encouragement.

People will take drugs regardless of whatever laws we currently have in place, the simple way to deal with this is surely to be progressive and to have a system in place that works towards preventing all of the totally unnecessary deaths that occur at festivals around the world every year. A very big part of that process could be education from a young age.

"You could have something similar to sex education in schools, maybe in Chemistry or Biology lessons, where you're told about the effects of different things on the body, whether it's caffeine, alcohol or whatever it is," Katy asserts. "We should be preparing people for life in the real world, which includes first-time festival experiences and many other environments where having a responsible head on your shoulders could be the difference between life and death. It's not possible to bubble wrap someone and prevent them from getting their hands on something, if they really want to get it. Prohibition isn't working, so there needs a new approach." 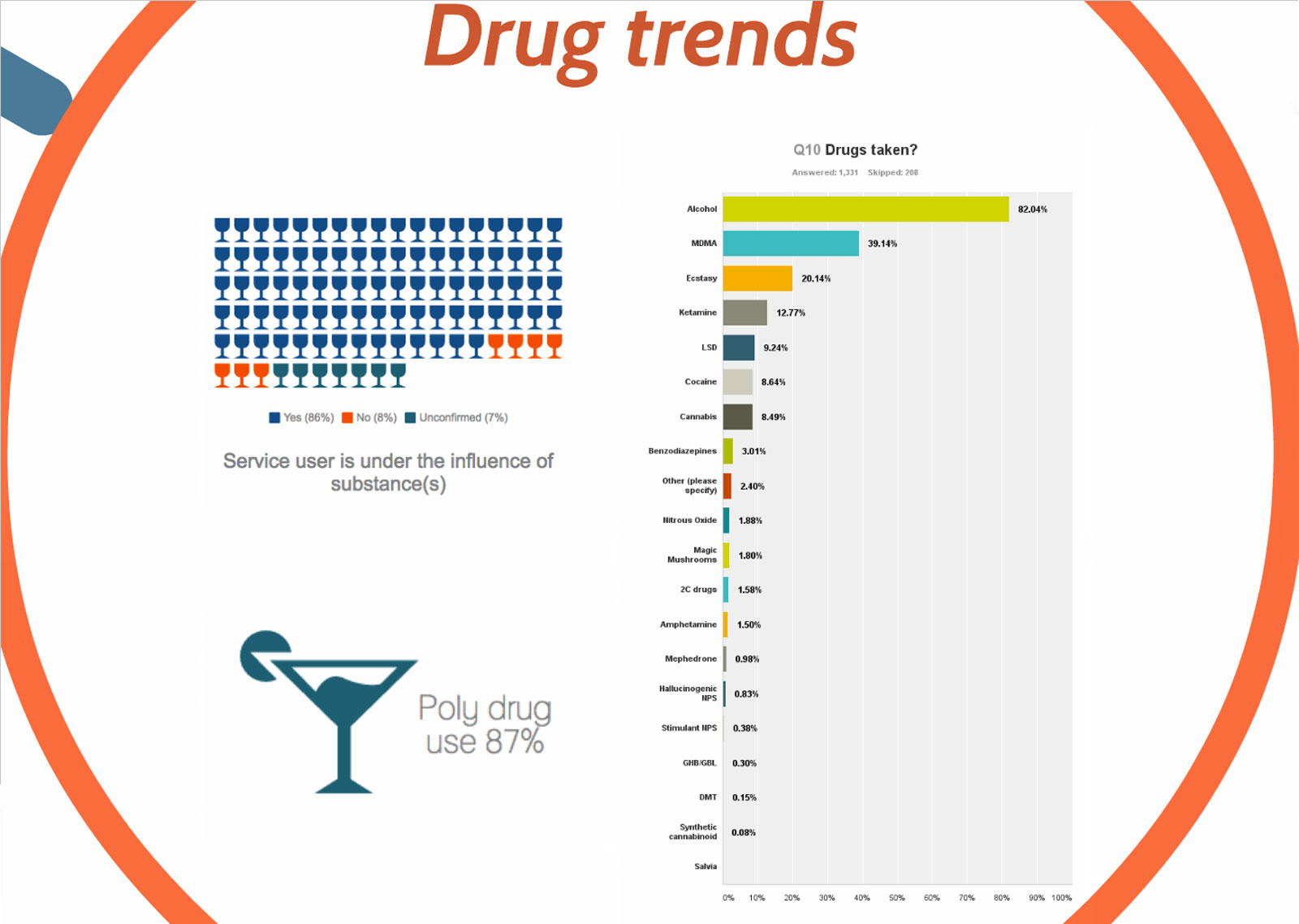 Mental Health Must Be Addressed

Katy continues to passionately guide us through the issues that she's become aware of through the work of her incredible company, which has undoubtedly helped save lives, kept people from losing their minds and been a safe haven for anyone who wants to talk off the record and to someone who will be understanding and non-judgemental.

"Another issue that connects to all of this is mental health. With a lot of festivals running for much longer, adding extra days or sometimes even going on for 24 hours, people may suffer more due to lack of sleep, not eating properly, being caught in bad weather," Katy says. Mental health is fast becoming one of the main talking points in the music industry. On a par with drug awareness, and often intrinsically linked to that area of discussion, mental health has been swept under the carpet for way too long now and is a problem that is becoming more and more prominent, and common, in our society. Just recently, at The Great Escape Festival , an entire afternoon of the festival's conference segment was dedicated to the subject of mental health in the music industry - hosted by Help Musicians - and lots of interesting points were raised, particularly when it comes to awareness and duty of care.

When it comes to duty of care and festival organisations, they cannot get a licence unless first-aid staff are on-site at all times. So medical care is a given. However, beyond the first aiders, other measures that could help to deal with the 'high stress' situation that a festival environment can be, especially to those of a sensitive disposition, are sometimes lacking. We're talking about free water, information regarding dodgy batches of pills or MDMA, notices encouraging responsible drug taking, and areas like Chill Welfare that not only offer medical support but also provide a space where people can simply sit down, have a cup of tea and confide in someone who is completely impartial.

Where Do We Go From Here?

The festival industry is huge, and continues to grow year on year. For some, drugs will always be part of their festival experience so, as the industry and culture spreads around the world and continues to get bigger and bigger, so too does the problem of addressing drugs. Trying to eradicate them will not work, a progressive attitude may well be the only solution - certainly most of those who are involved in the harm reduction and drugs education business will tell you that this is how we should be working on the problem. Accepting that it is not only part of festival and music culture, but society as a whole is the first step in creating a world in which people can be more open about drug use, more responsible and, hopefully, we can avoid more deaths and the stigma attached to drugs.