Festivals are outstanding entertainment. We know this, you know this, the world knows this. More than just a great party, festivals are a microcosm of our world at large. Festivals are the perfect place for experimentation and innovation in the name of entertainment. Building year-round communities, delighting all five of our senses, and creating inclusive spaces – festivals are the most well-equipped events to enable those experiences. Where tens of thousands of people gather, shared visions develop. What happens over the course of a festival does not have to end there.

XLIVE and Everfest united the festival industry on December 12, 2017 in Las Vegas for the first annual FestX Awards!

Hundreds of festival industry lovers and players turned out at the FestX Awards in Las Vegas on December 12 to honor our innovators, celebrate festival producers and their peers, and most importantly, to reward incredible accomplishments in our festival world.

The 13 categories of the FestX Awards were decided by a combination of judging panel and public vote. In each of the thirteen categories, five finalists were selected after a monthlong public online submission period. From film to food to rock festivals, the finalists span nearly every size, vibe and genre. The "Fan's Choice Award," awarded to Mexico's Vive Latino  was voted in by YOU, festival lovers!

The complete list of winners, finalists and the judging panel are below.

Your official 2017 FestX Awards winners are... 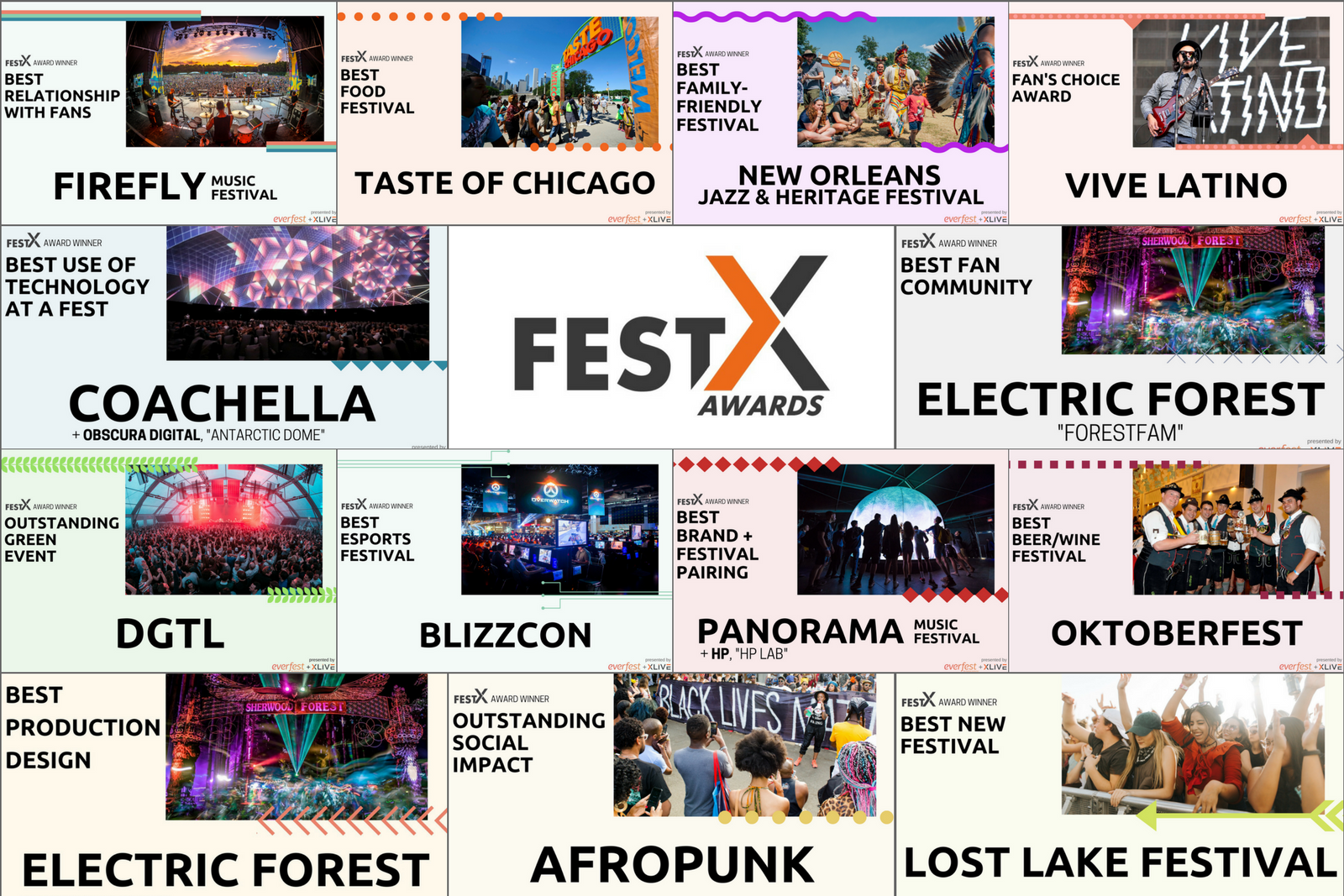 Best Use of Technology at a Festival* 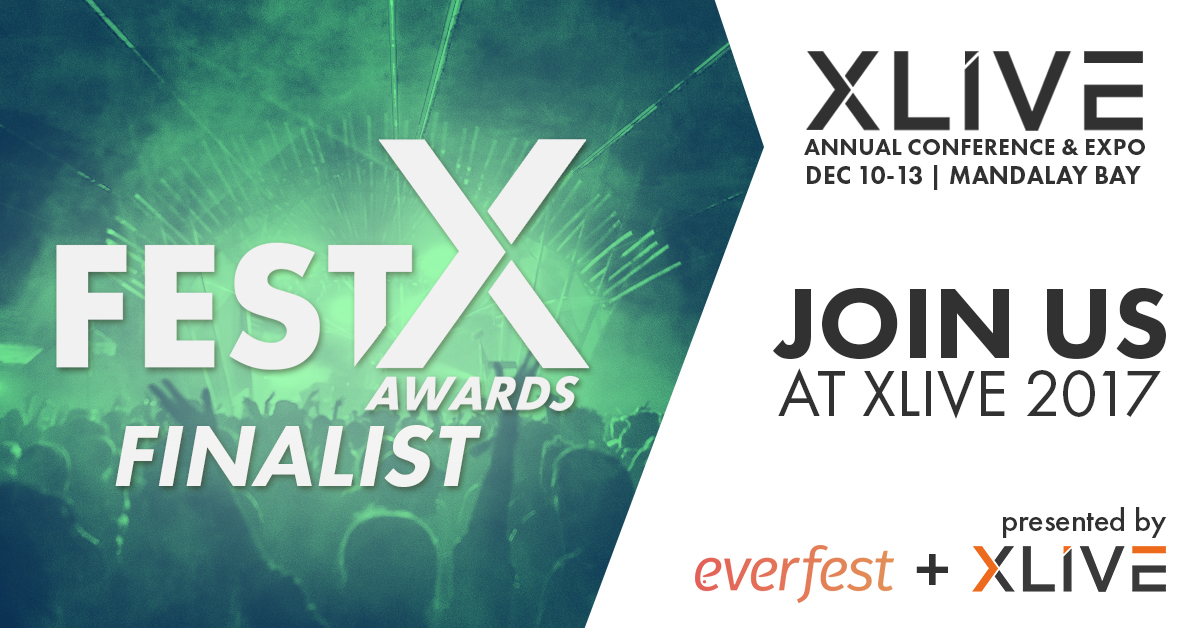