It was an unusually overcast day in San Diego as a curious rattling sound emanated from the bay. Droves of festival-goers shuffled toward the gates of Waterfront Park for the bi-annual CRSSD Music Festival , seemingly unperturbed by being trapped in a human glacier that dragged along the sidewalk. After passing through security—where the trash cans were filled with confiscated lip balms, cosmetics, sunscreen and lighters—an opposing mixture of patrons dressed either in sparkling festival regalia or all black, mingled on the lawn. As each of the three stages pulsated to their own unique BPM, two of the three stages were particularly magnetic (and extremely crowded). 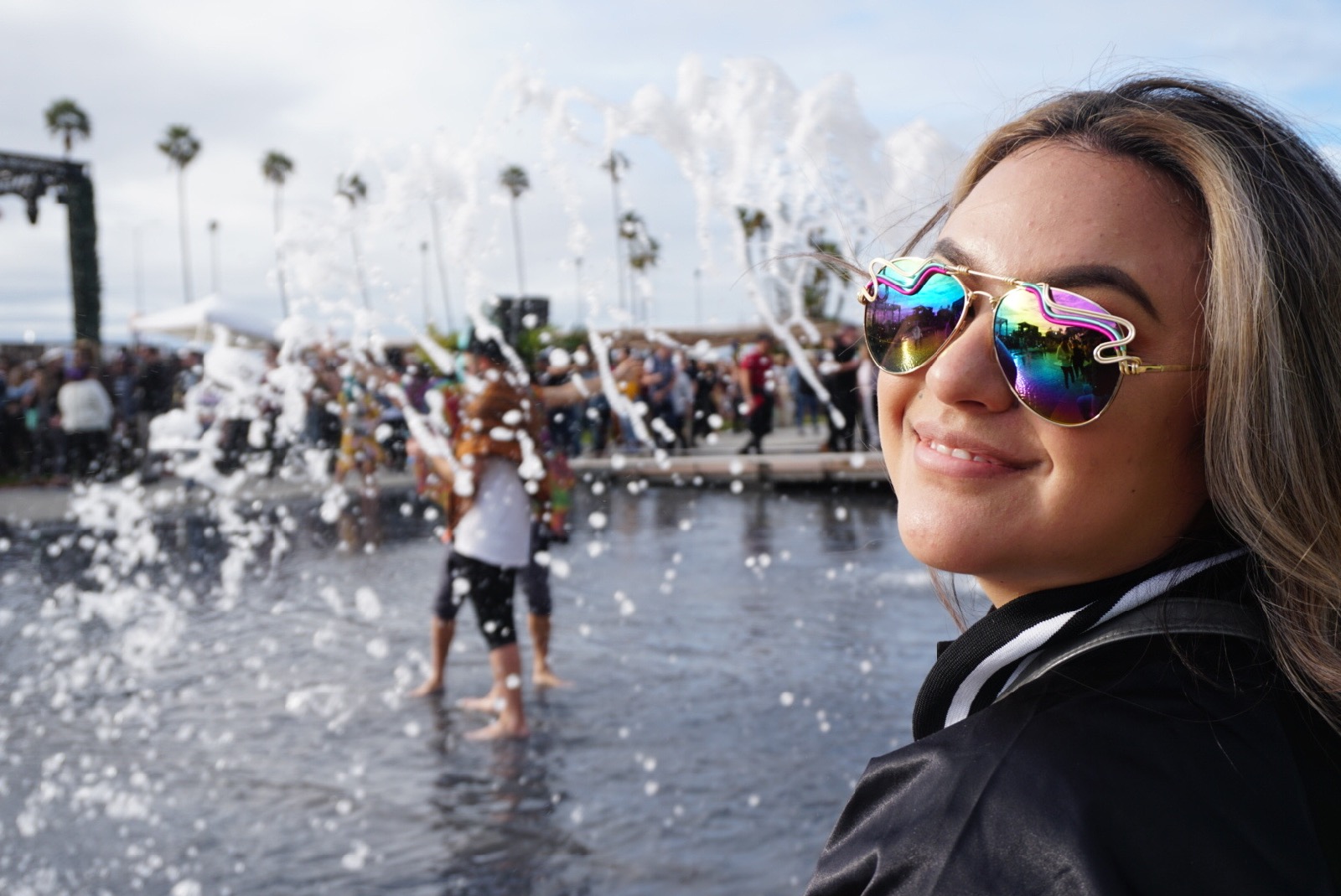 "When the rafters feel like they're gonna fall from the ceiling, you know it's techno,” says CRSSD attendee Chase Stanley, as we basked in the throbbing beats of Charlotte De Witte at the City Steps stage. All around us, hordes of techno devotees bounced and head-bobbed as De Witte conducted the crowd with her relaxed and slightly dispassionate demeanor. While the atmosphere on stage was serene, the proverbial rafters (had there been any) were indeed about to fall from the ceiling. Patrons blissfully devoured her beats as if they were at a sonic buffet. 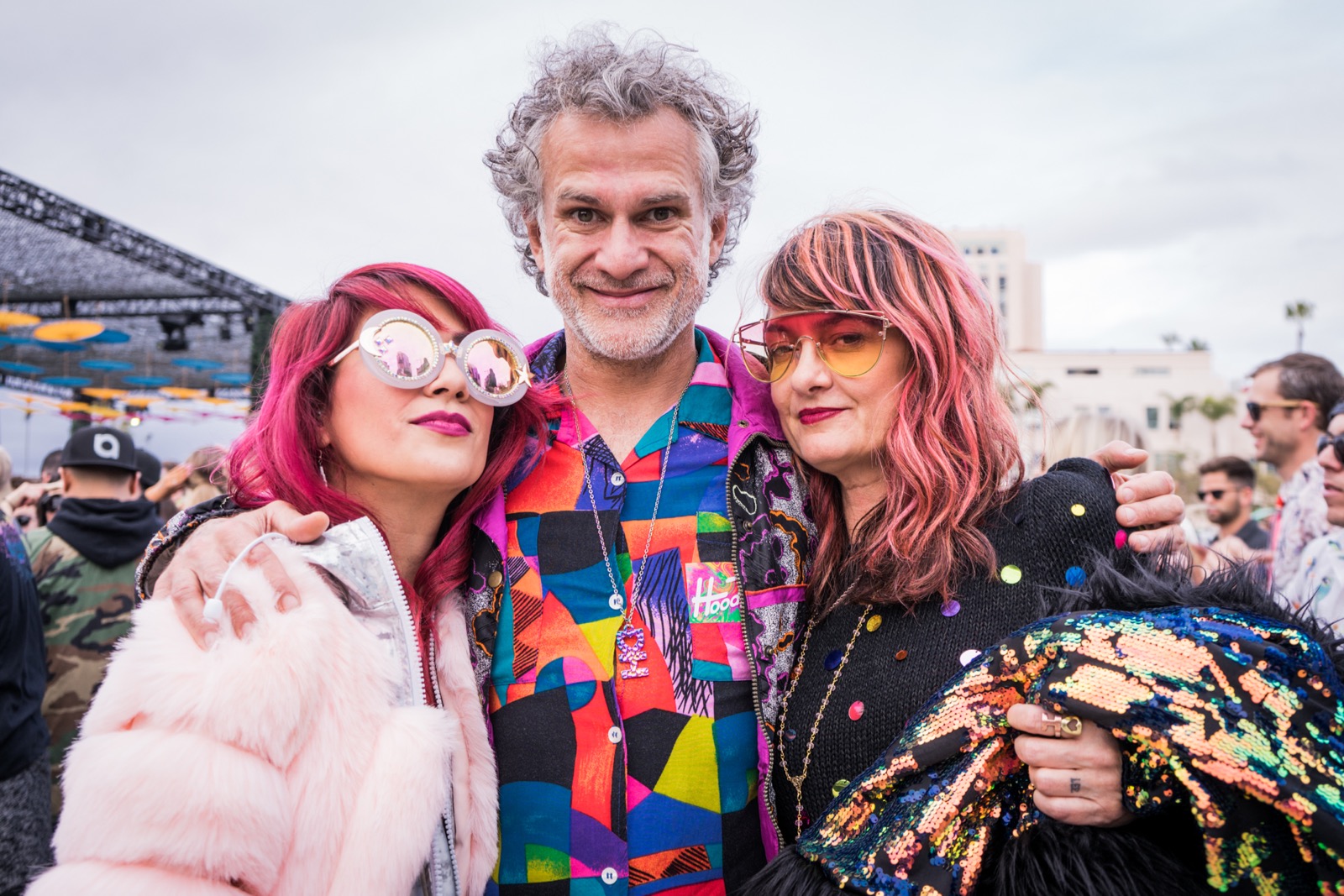 Lee Reynolds of the Desert Hearts crew (middle) with his wife and their girlfriend. Photo by: Miles Najera

“There's a lot of great people in the house and techno community with solid branding and marketing and a positive message that create amazing experiences where people can express themselves freely,” says Miles Najera who attended CRSSD as a photographer for LA Weekly. “Desert Hearts and Dirtybird are probably the two biggest examples of this right now, both dipping their toes into the mainstream while shedding light on the more underground talent through their platforms.” 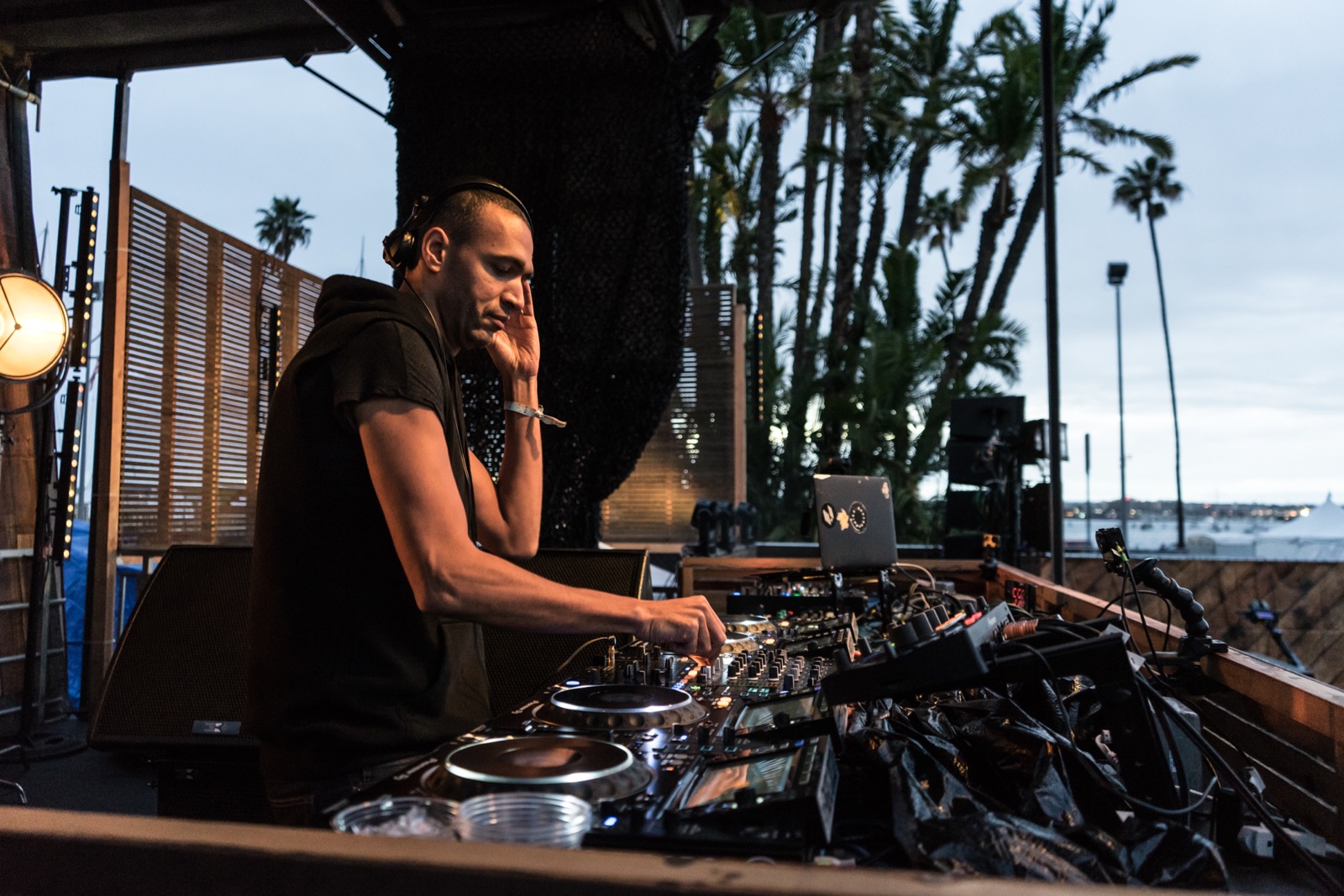 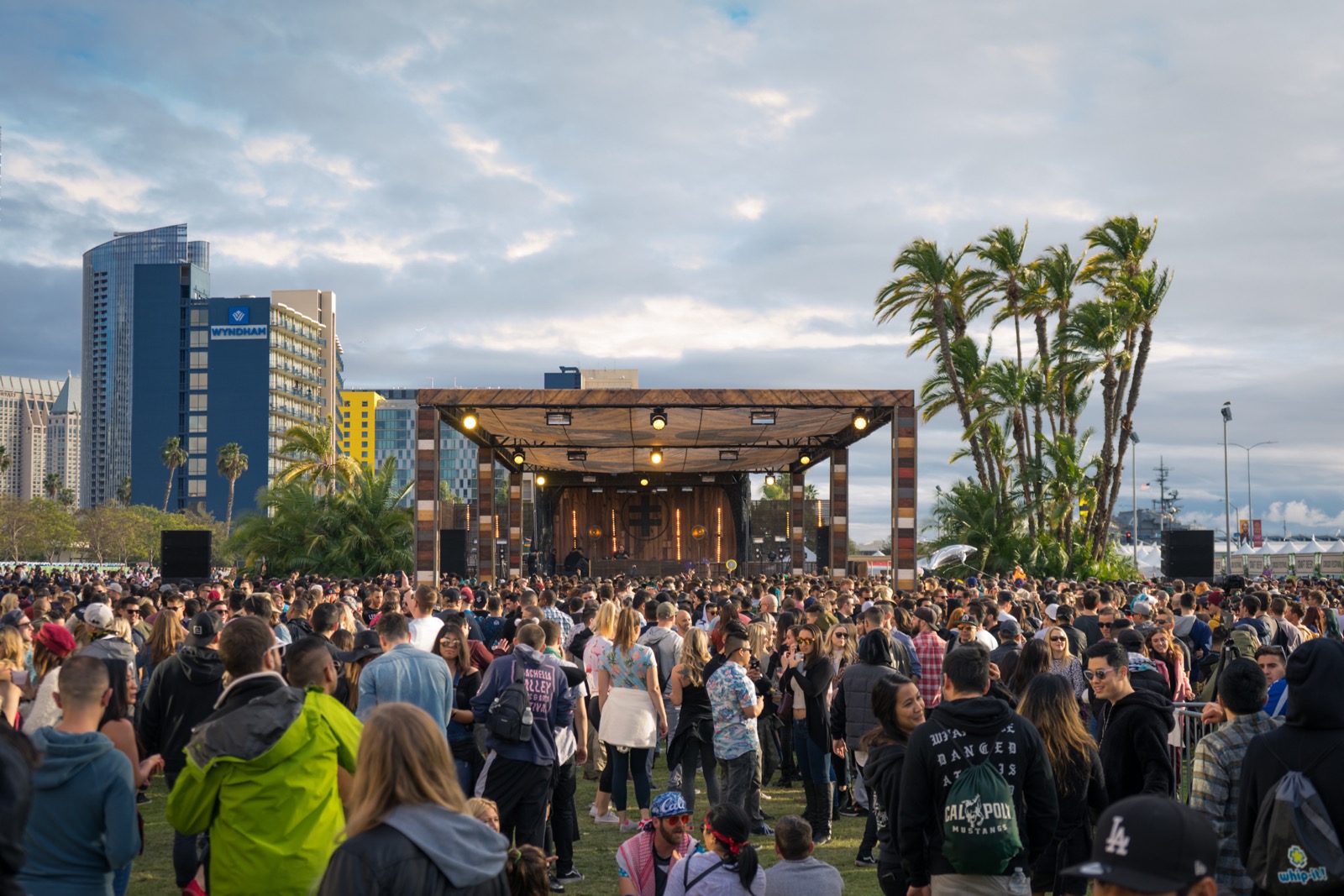 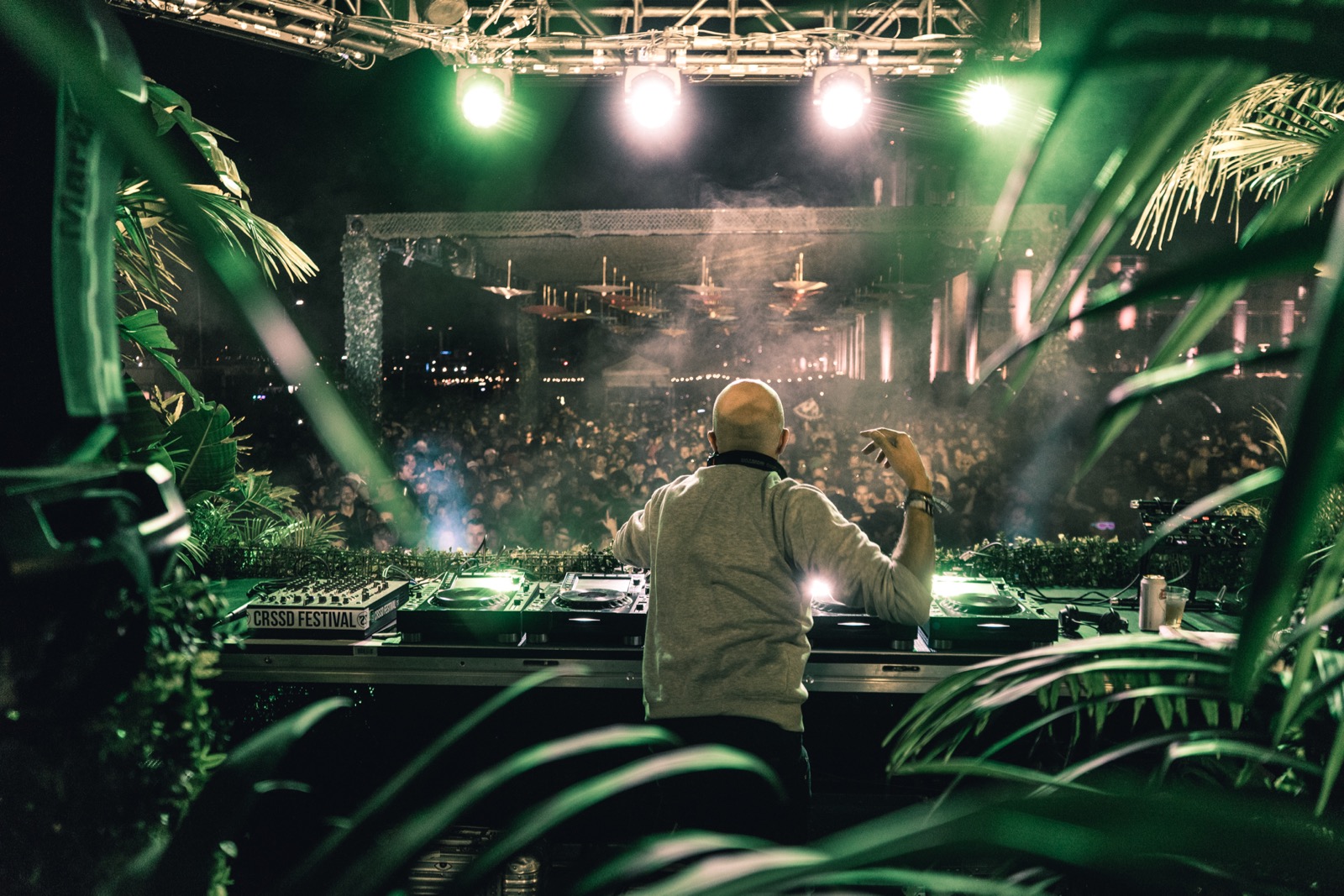 While the Main Stage hosted an impressive array of talent such as Little Dragon, The Presets, Empire of the Sun, Bonobo and Gorgon City, the crowd remained relatively scant—and not just because the stage had more space. The Palms and City Steps stages were maddeningly packed at all times, a testament to the attendees' insatiable cravings for house and techno. During the day, the shoulder-to-shoulder dancing was infuriating yet, as the sun went down, all the Southern Californians who are not accustomed to 50-degree weather happily huddled together and immersed themselves in the music. 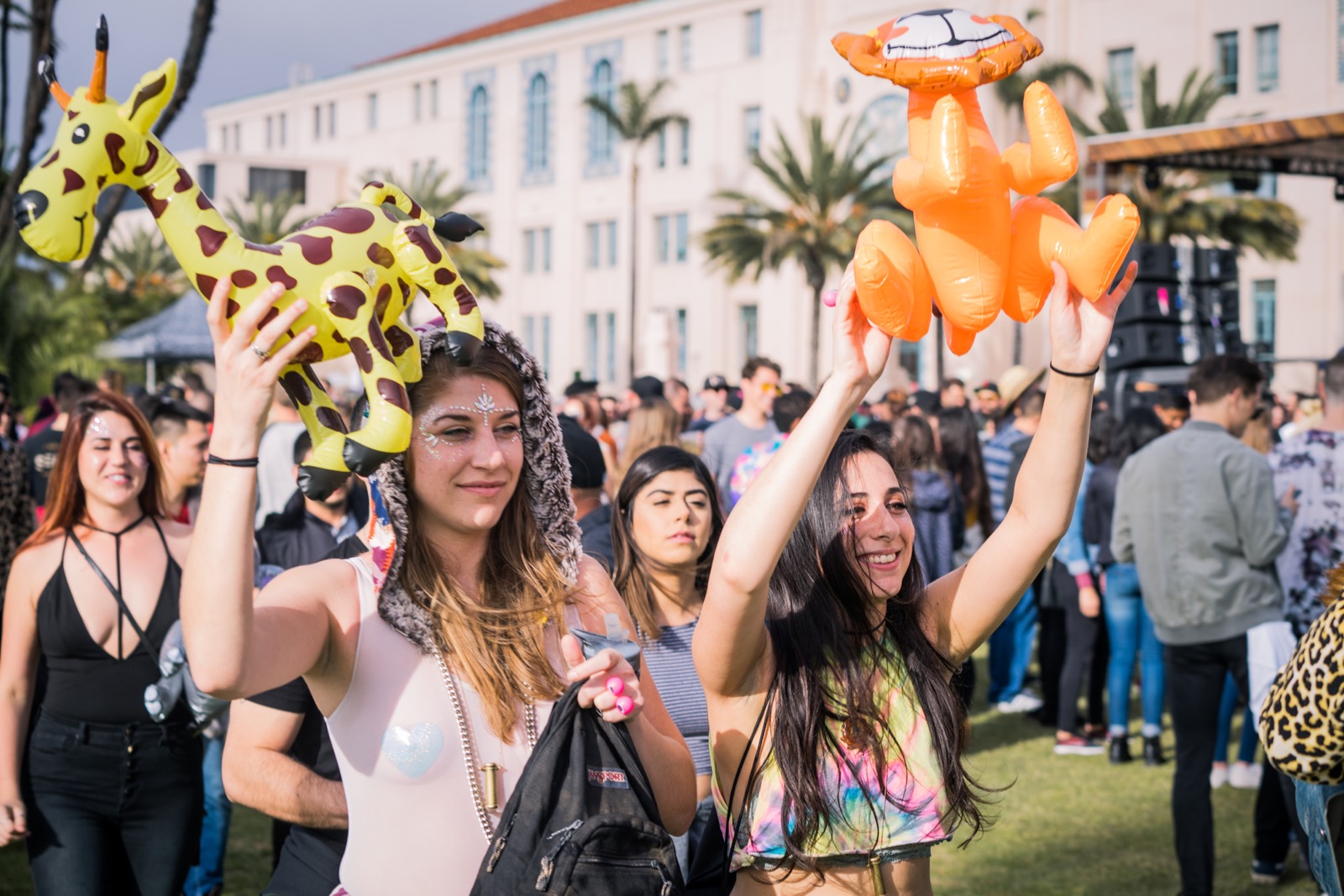 Though one would typically deem such a night too cold for water activities, that did not stop the handful of people who waded and stomped—some intentionally and some on accident—in the long, sloping fountains, one of CRSSD’s signature attractions. “Either those people are really wasted or they’re from Minnesota and this is summer to them,” said an onlooker. Regardless of why they were in the fountain, it was abundantly clear that nothing could shake their spirit as they energetically splashed to the steady thump of house music. 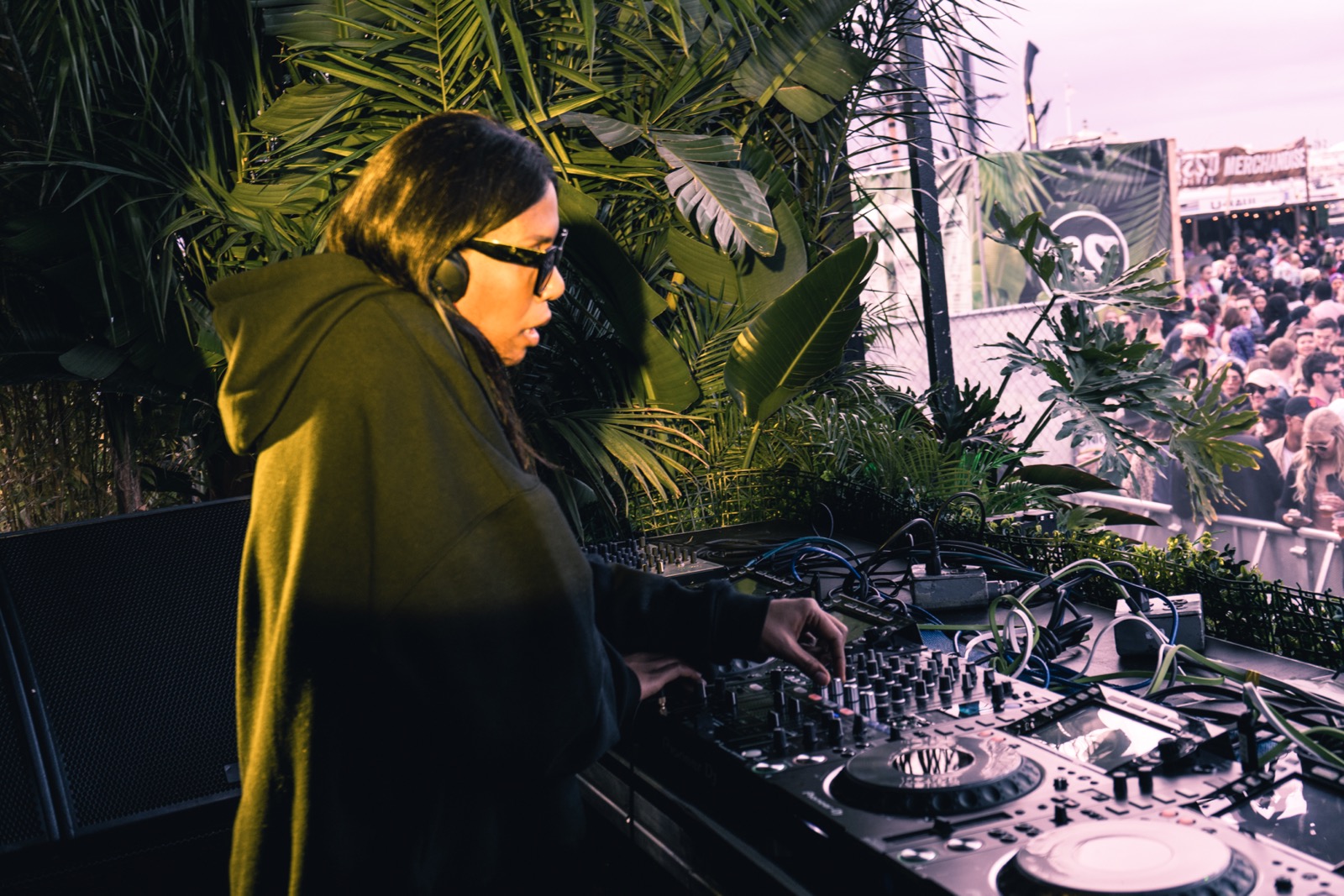 “The style of [house and techno] music transcends any race or culture,” says Taylor Vella, a CRSSD attendee who works for Vice. “Everyone can bond over the melodic sounds and share a common experience through dance. Anyone can dance to it. It's impossible to be unhappy if you're dancing.”

Because of house and techno’s distinctive high-energy beats, the vibe of CRSSD matched its soundtrack. Hugs and smiles were served in abundance, there were no fights, no injuries, and an unprecedented amount of beautiful people—both inside and out. This is the kind of atmosphere that house and techno generates—one of community, creativity, liberation, and vitality. These genres don’t just keep the dance floor vibrating with their continuous beats, but also inspire camaraderie—the linchpin of any music festival. 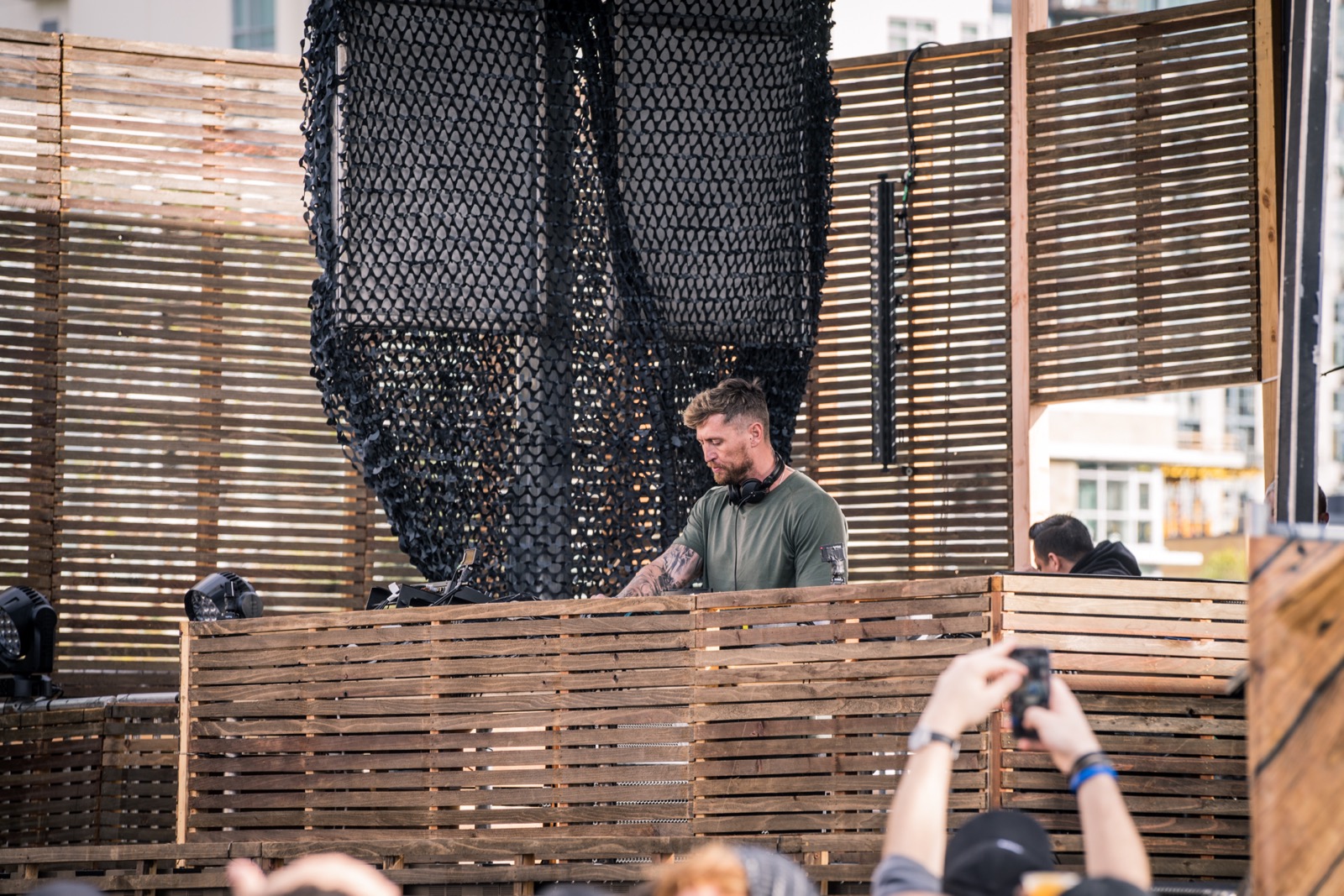 “How do you describe color to someone that can't see? You just have to experience it,” said Barnes, when asked to explain the two genres. “House and techno make me feel like I'm home.”