Austin City Limits (ACL), the live music capital of the world's venerable, two-weekend festival in the city's Zilker Park, just revealed a massive lineup featuring headliners not seen atop any other music fest so far. Case in point? Paul McCartney and Metallica. Those two legends alone are sure to sell a huge chunk of ACL's tickets, but the names in smaller font are no slouches, either. Everyone from Childish Gambino, to Camila Cabello, to David Byrne, to Khruangbin and Amen Dunes, to The Breeders and Tinashe round out the diverse mix of genres, so no matter what stages you're wandering between, there's gonna be something, somewhere, that'll hook you.

Check out the rest of the absolutely gargantuan 2018 lineup below. 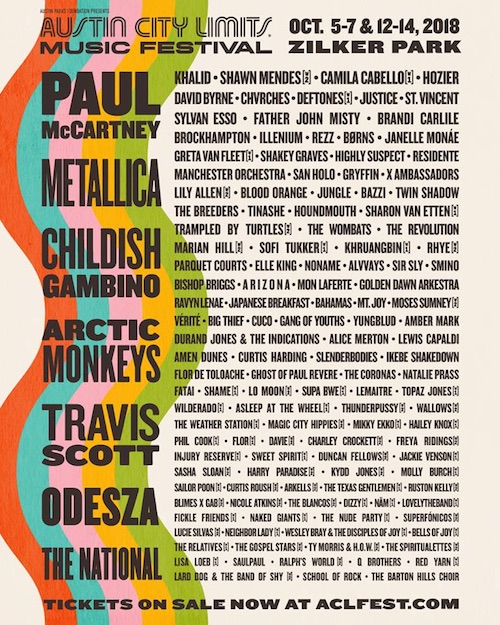 Get hyped on this massive lineup with our Spotify playlist below.