Bestival's 2018 Lineup Is Female-Forward and We Love It

Festival All-Star Rob Da Bank and his team of savvy organizers dropped an awesome Bestival 2018 lineup yesterday, with more names on the way. The roster of artists immediately caught our eye because it's more female-forward than almost any other lineup we've seen so far this year.

Grace Jones with special guests First Aid Kit are among the headliners on the Castle Stage, alongside Chaka Khan, hip-hop star M.I.A., female-fronted pop band London Grammar, and singer-songwriter This Is The Kit. With one more Castle Stage headliner still to be announced, we're crossing our fingers it's another large-print act that includes a majority of X chromosomes. Beyond the Castle Stage you'll find techno artist Amelie Lens at the Temple, Jorja Smith, IAMDDB, Mabel, Charlotte De Witte, and Kelela at the Big Top...and those are just the bigger names.

In an article published today, Rob Da Bank told BBC that 60% of Bestival's audience is female, stating that it's "...is kind of unusual... but it's great we can reflect that in the lineup." In fact, BBC published a version of Bestival's 2018 lineup with all the male names erased to show just how unusual it is: 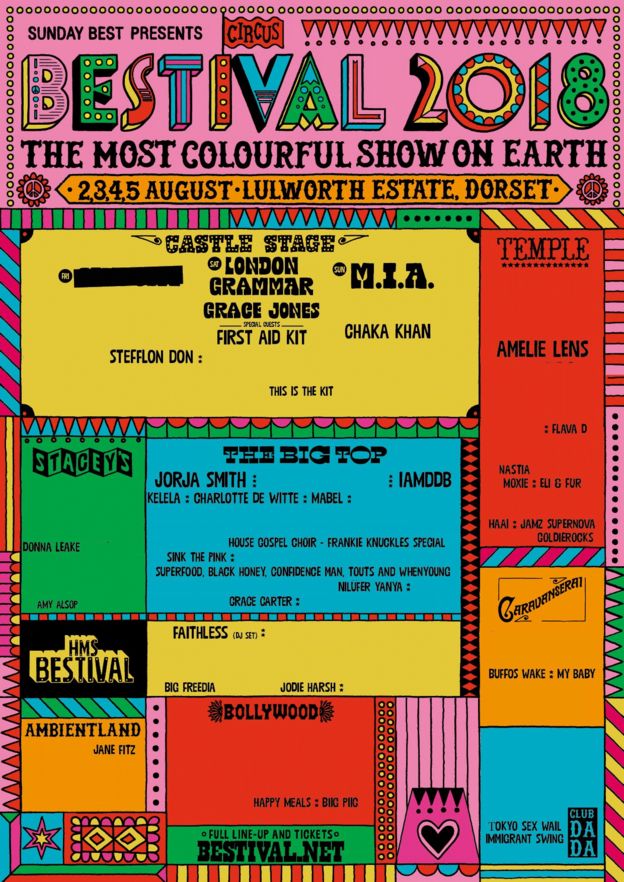 The rest of the Bestival lineup is peppered with buzzworthy acts, such as Thundercat, Mura Masa, Jimmy Cliff, David Rodigan & The Outlook Orchestra, DJ sets from Rudimental and Bicep, Gilles Peterson, Django Django, and many more. This year's exciting and diverse lineup will unfold during four days (August 2-5, 2018) on over 20 stages and smaller venues in eight unique arenas at Lulworth Estate in the UK. Bestival's 2018 theme is Circus, so come ready for some major fanfare. 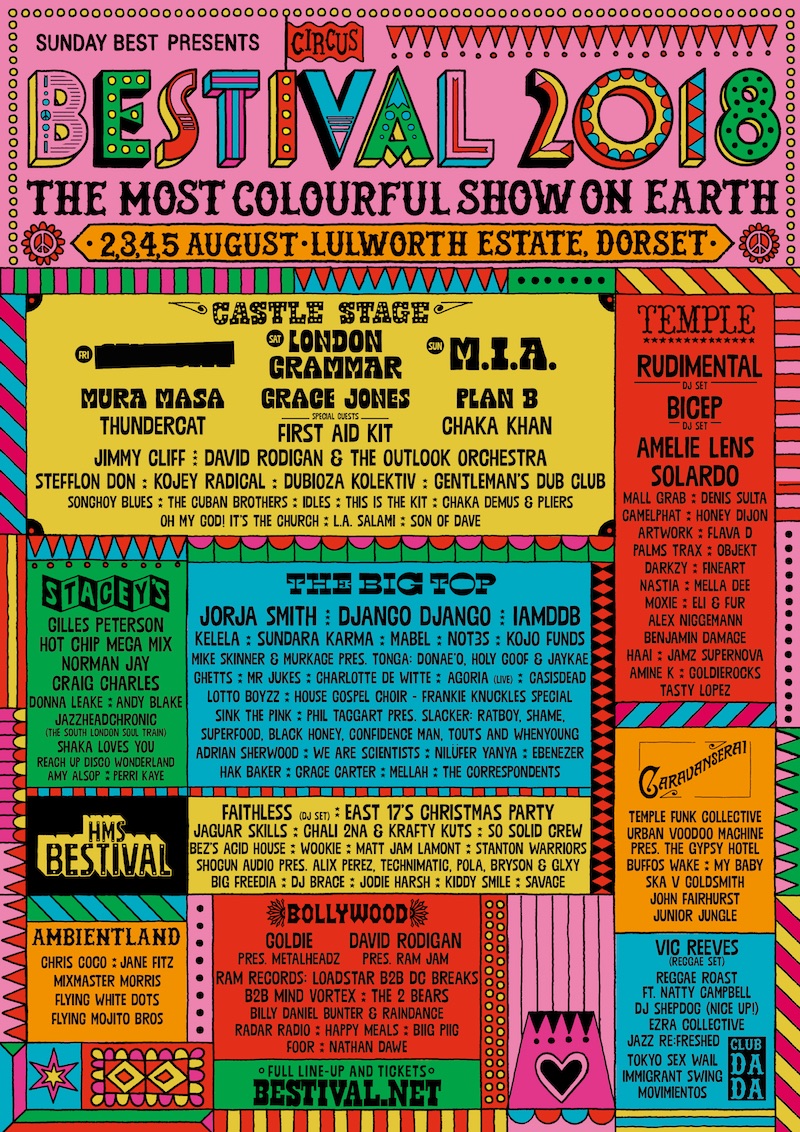