The last time Tom Petty & the Heartbreakers took the stage at Bonnaroo was in 2002; sixteen years later, with music lovers still reeling from Petty's sudden death in October 2017, Bonnaroo has announced that 2018's SuperJam, already a homage-style showcase, will be dedicated entirely to Petty's musical legacy.

'Roo has tapped Patrick Hallahan of My Morning Jacket and Craig Pfunder of VHS or Beta as the tribute's musical leads. Rounding out the core SuperJam band is Tom Blankenship (also of My Morning Jacket ), Pat Sansone ( Wilco ), Mark Charles Heidinger ( Vandaveer ), Daniel Creamer ( The Texas Gentlemen ) and The Watson Twins .

Bonnaroo is June 7-10, 2018 in Manchester, Tennessee; the Bonnaroo SuperJam will take place on Friday, June 8. 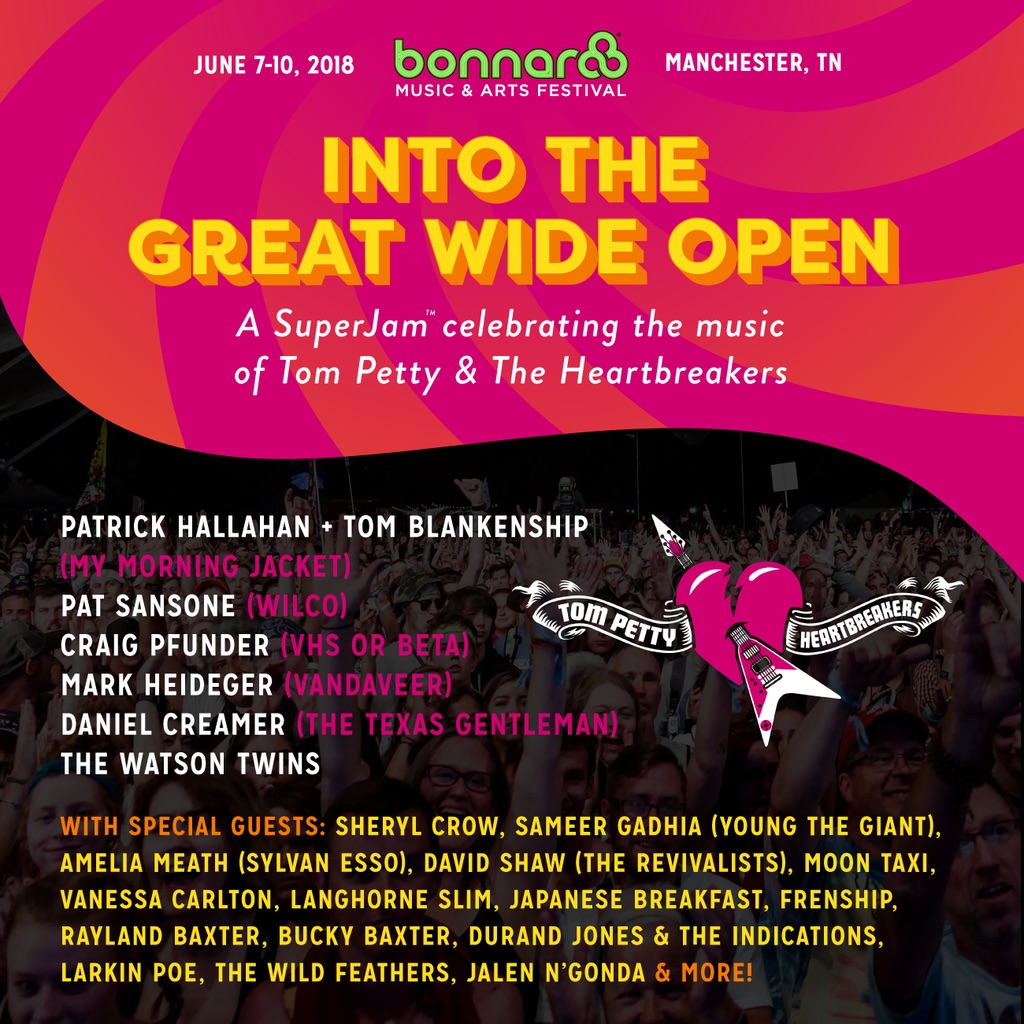 Tom Petty performs "Won't Back Down" at Bonnaroo 2006.