Note to self: make sure to do a better job sorting out the proximity of village festivals to the nearby hubs. I had the impression that this baby-jumping fiesta was just outside Burgos, a city of under 200,000 people. Boy, was I wrong! Thankfully, I found a cab driver who took me the 43 kilometers to the primitive hillside town of Castrillo de Murcia. But, as darkness started to fall on the El Colacho festival Sunday night, I wondered how I’d make it home since 95% of the attendees lived within the village, or just a short drive away.

Fortunately, I’d met Nick, a Welshman photo-journalist, earlier in the day, who’d spent a good portion of his life in Ireland. He’d been surfing in Biarritz and planned to drive through Burgos on his way home that evening. So, lucky for me, hillside hitchhiking wasn’t necessary. During the festival, Nick told me about an old Irish custom that has a lot of similarities to El Colacho and I captured it on video…

Another note to self: If near Ireland around Christmastime, make the trek to see this odd, boogeyman festival.

I experienced a little luck of the Irish myself by choosing to spend three nights in Burgos, a city I knew nothing about. Some of my revelation is captured in this video of me walking directly across the street from my riverside hotel and then toward one of the world’s largest Gothic cathedrals…

This roaming cathedral also contains the remains of El Cid, the much-romanticised 11th-century soldier of fortune, who was from the area. 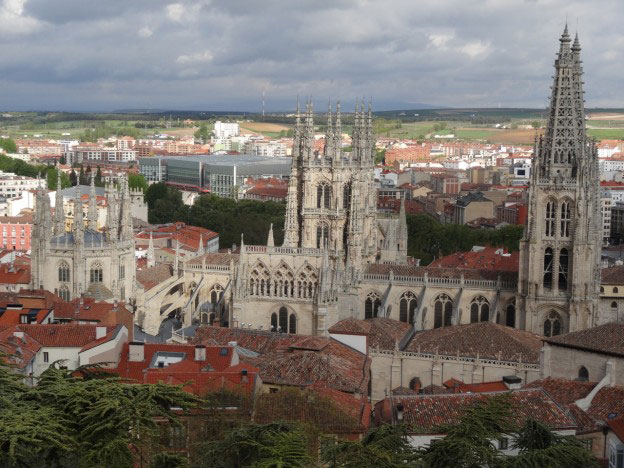 My charmed time in Burgos included me stumbling upon a cathedral courtyard concert of four guitarists at sunset, as well as multiple Saturday weddings in the plaza in front of the cathedral. 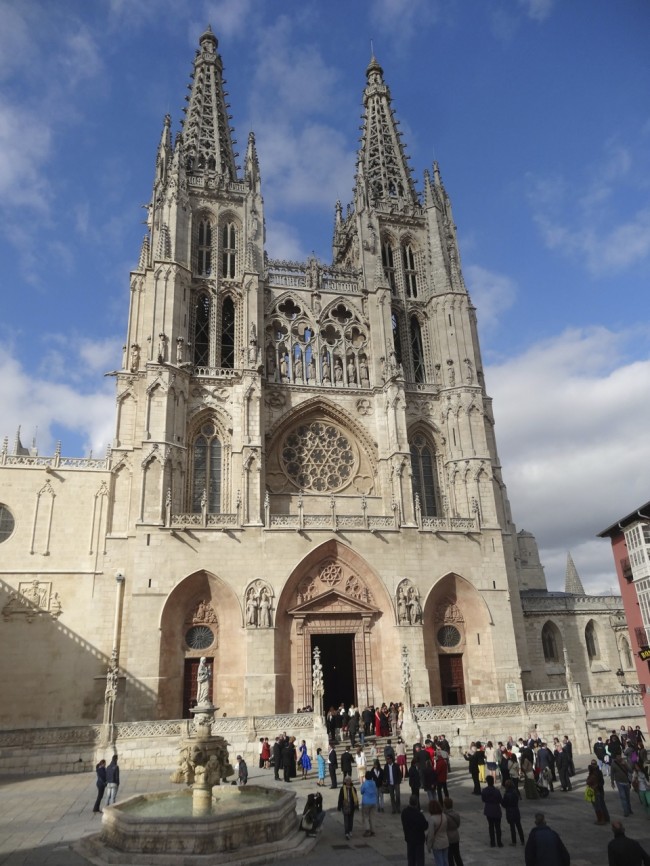 I’m intrigued by the correlation between cultures that prize their festivals and the fact that they tend to have opulent weddings. Are the most festival-centric countries also the places that go over-the-top with their matrimony celebrations (India and Spain being the gold and silver winners for global festivals). This particular couple had more than a dozen historic autos ready to whisk the large party on to their next destination in this picturesque town… 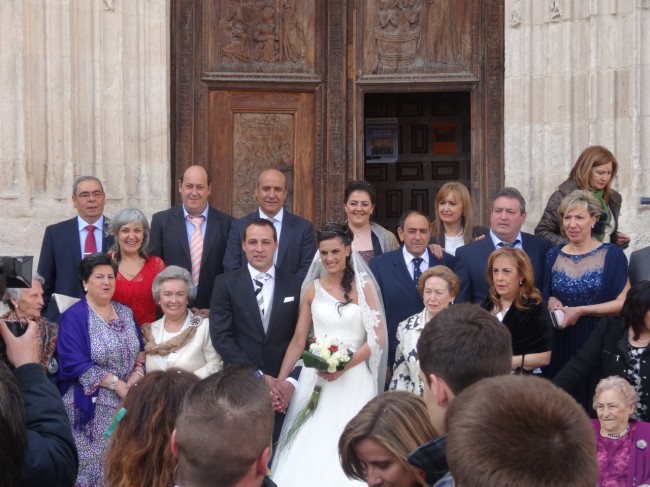 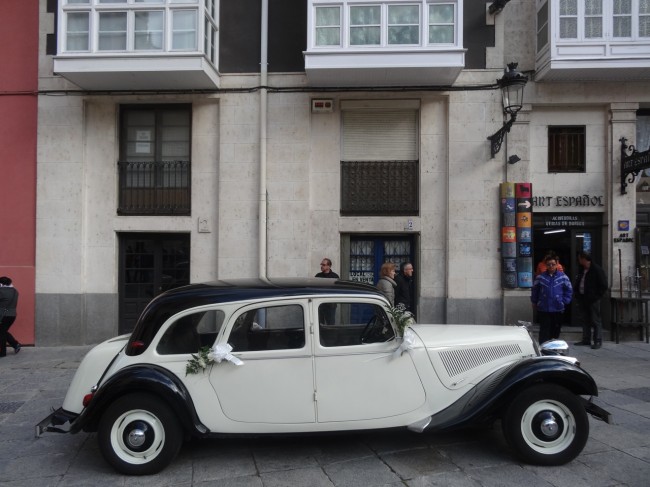 Remarkably, Burgos and its environs has three UNESCO World Heritage Sites: the cathedral, the archaeological sites of Atapuerca (birthplace of the earliest European settlers), and the famed 500-kilometer pilgrimage of Camino de Santiago that goes right through the center of town. I’d forgotten that fact when I first arrived and was curious why every fourth person in town seemed to have ski poles with them (I could have used those at the Cooper’s Hill Cheese Roll the prior week). One of the serendipitous treats of the week was breaking bread with the pilgrims who were doing their month-long treks. Another note to self: come back to do that some day.

Burgos has long been a cultural crossroads due to the Camino and its proximity to so many different cultures. It’s no wonder that Burgos has been considered as one of the two annual European Capitals of Culture. Yes, the medieval town planning with one plaza abutting the next with labyrinth-like lanes and intricate architecture gives the place a sense of tradition. But, then I came upon a gigantic complex across the river, the Museum of Human Evolution, that opened just a couple of years ago. I realized Burgos is simultaneously medieval and modern, religious and secular, and they pull it off in an exquisite way. How many other smallish cities have one of the world’s largest cathedrals and the world’s only major museum dedicated to the theory of evolution? 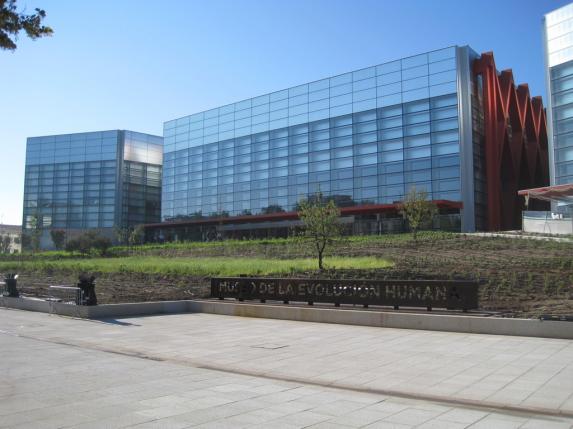 At the same time, a new group of talented chefs has given Burgos a dynamic dining scene that is finally allowing the city, recently chosen as Spain’s Gastronomic Capital for 2013, a chance to showcase its homegrown delicacies, like the yummy blood sausages with roasted peppers. I had one of the ten best meals in my life at a tapas bar called Morito and I can heartily recommend the upscale Casa Ojeda as well. And, pre-dinner or post-dinner (which can end after midnight), you always find some mischief going on in the pedestrian-only downtown. 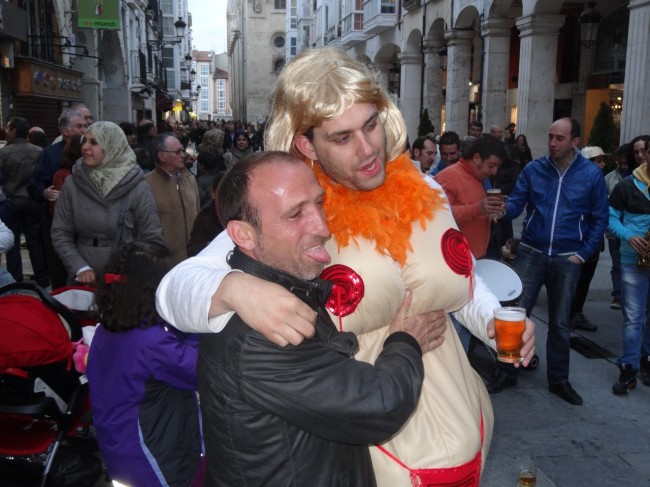 I could regale you with my stories of getting to know nearly all of the two-dozen booksellers whose book stands line a gorgeous plaza by the river with sculptural trees providing cover from above. Or, I could tell you about my run along the bucolic river that bisects town and gives you a sense that you’ve discovered nature in the middle of a bustling city. And, then there was my hotel, the AC Burgos, which was designed like the kind of upscale boutique hotel that would likely cost me $850 per night in New York City, while it was just 85 Euros per night, including a pretty deluxe breakfast. 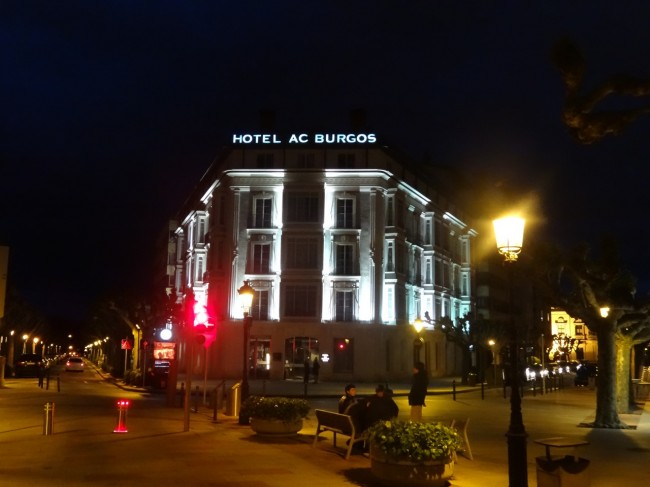 I came to Burgos searching for the devil in the form of El Colacho and I leave feeling blessed by an angel in the form of the town of Burgos, which now ranks third on my favorite spots in the world (right after Ubud, Bali and Marrakech, Morocco). Burgos and El Colacho, I will be back! 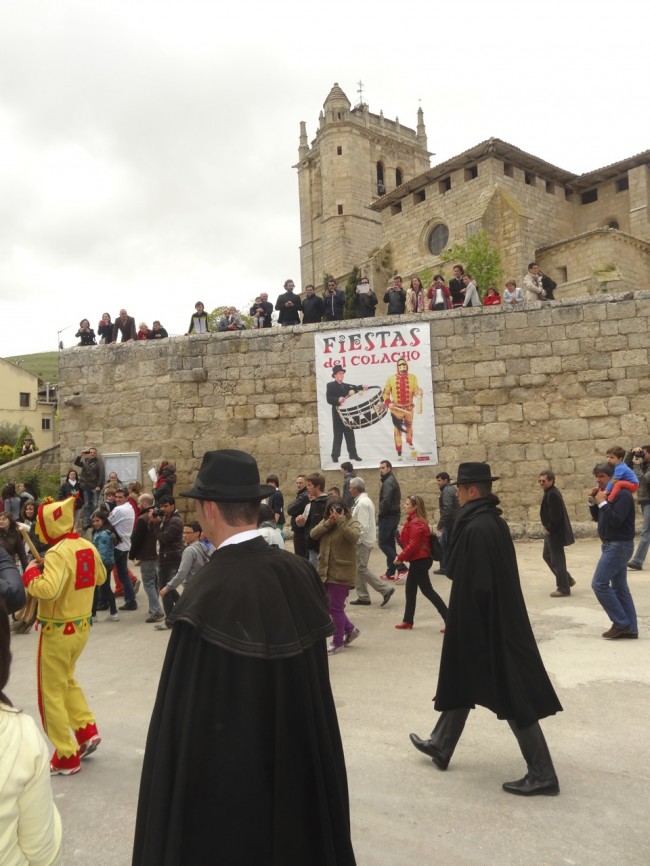 In fact later this month, they celebrate Fiesta Mayores de San Pedro y San Pablo that lasts 7-10 days with June 29 being the big day when parades of gigantillos and gigantones, huge papier mache figures, take over downtown along with street troupes and a “Dia de las Penas” (or “Dia del Burgales Ausente”) when homesick natives come home to Burgos paying homage to their homeland. Last note to self: Figure out how to qualify as a homesick Burgos native! For more information on Burgos, the tourist office can be reached at 34 947 20 31 25. 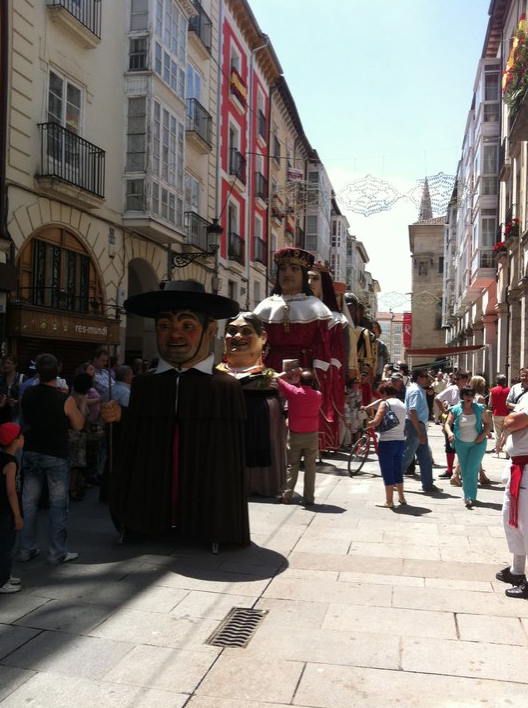