For Burning Man virgins venturing to the playa for the first time, there's so much newness. New art to see, new people to meet, new costumes to wear, and new sunsets and sunrises to punctuate each day of your Black Rock City adventure. There's also practically an entirely new language to learn when you're out there getting dusty, far, far away from the Default World.

While there is a super extensive Glossary of lingo on Burning Man's website, here is a breakdown of the most essential terms for you to keep handy at your first burn.

1. Art cars/Mutant Vehicles: Motorized conveyance that is radically, (usually) permanently, and safely modified. Licensed by the Burning Man DMV, these vehicles are an important part of the Burning Man experience – not only are they stunning, moving works of art, they also represent all the multi-faceted ways to get your party on and meet new tribes of people. Check out our Burning Man Art Car Yearbook from 2014 here.

2. Black Rock Rangers: These are the people you want on your side. The BRRs are like the local angel police force, only they're not police in the traditional sense. (Because what the heck is "traditional" at Burning Man?!) They're extensively trained in emergency management, and act as the buffer between Black Rock City citizens and the Reno/Gerlach police. If you see them around, give them a hug and a smile, because they're here for you.

3. Culture Shock: Defined as "a state of melancholy, anger or frustration which sets in when trying to readjust to 'normal' life after one has attended Burning Man," culture shock when returning from the playa is a widespread and not often examined after effect of Burning Man's utopian world – especially for (but not limited to) virgins. To help with the sometimes harsh emotional transition, refer to our excellent Emotional Survival Guide to Burning Man. 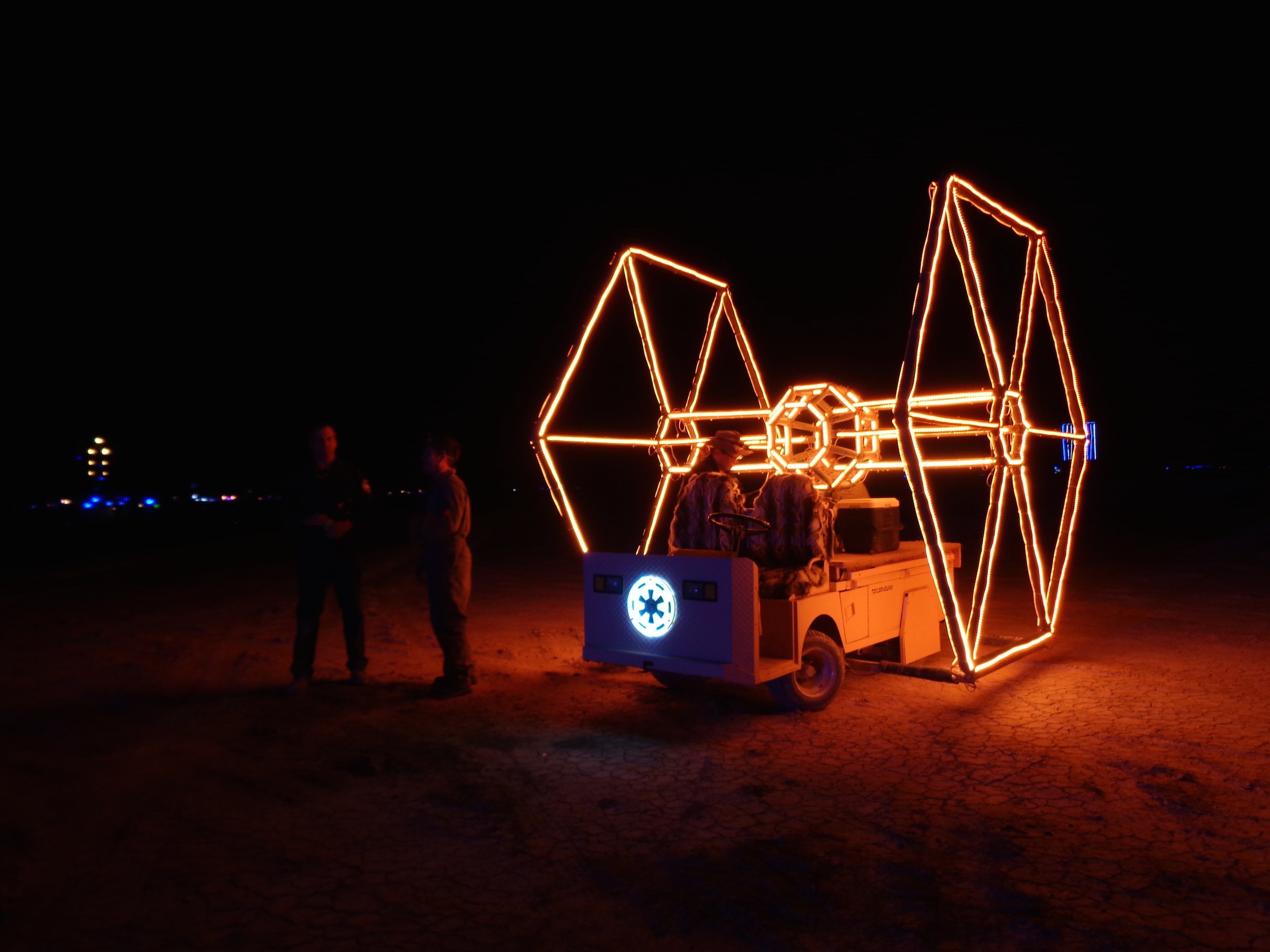 4. Darkwad: There are no public lights on the playa except whatever emanates from burners themselves, often using El Wire, and the art installations. A Darkwad is someone who doesn't light themselves or their vehicles up adequately, risking injury as a result. You have to light up in order to avoid being hit by art cars.

5. Decommodification: One of the Ten Principles of Burning Man: "In order to preserve the spirit of gifting, our community seeks to create social environments that are unmediated by commercial sponsorships, transactions, or advertising. We stand ready to protect our culture from such exploitation. We resist the substitution of consumption for participatory experience.” You won't see any money or bartering on the playa.

6. Deep Playa: The outer land of all things weird and sparse, located behind the Man and near the perimeter of the Trash Fence. 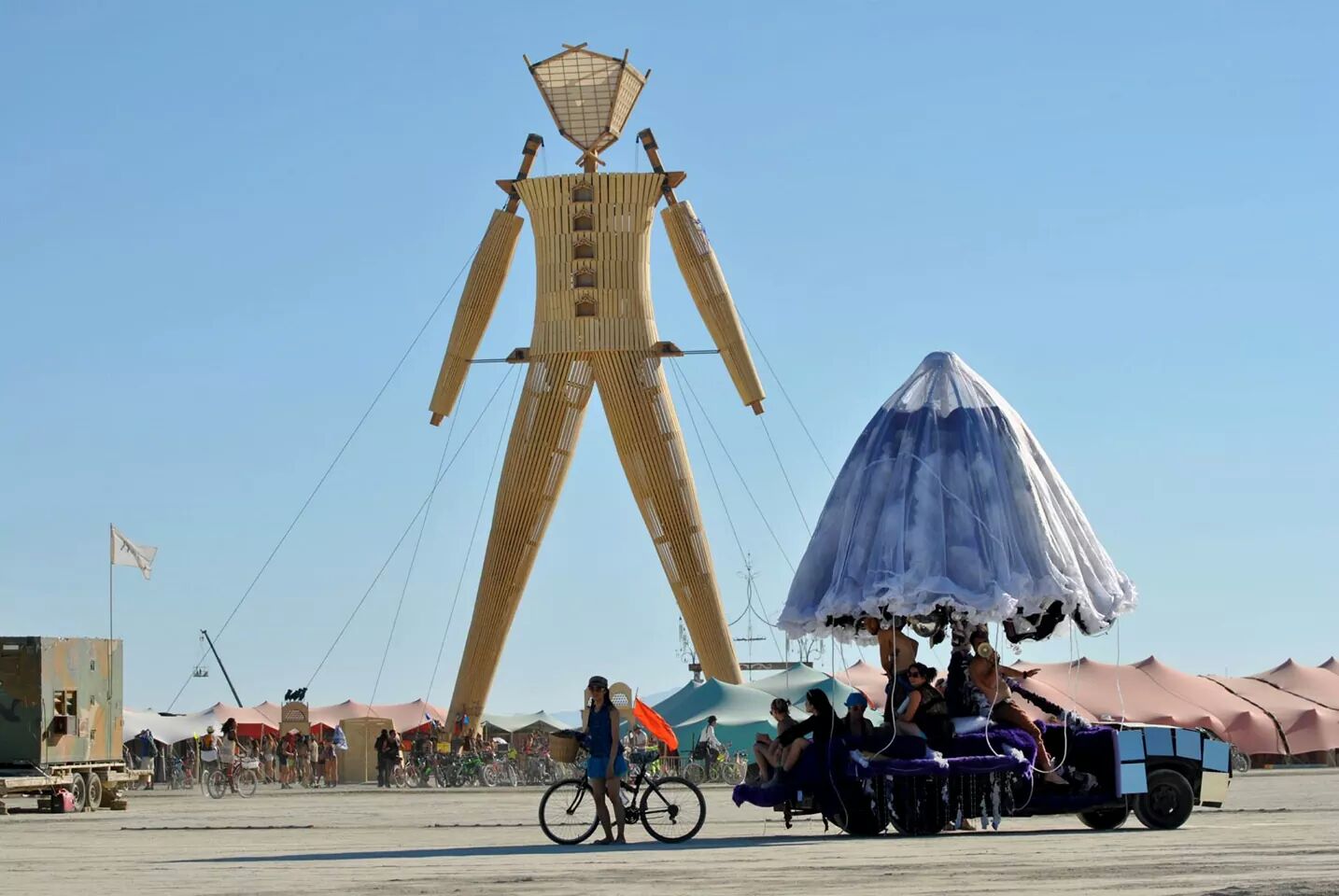 7. Esplanade: The main drag, the principal street. It's the innermost ring road facing the Man – especially important to remember when the burning of the Man goes down.

8. Exodus: At the festival's end everyone's gotta leave, whether they want to or not. Burning Man's exodus can either be easy-breezy or could be a hellish nightmare lasting six or more hours. Attendees are pulsed out hour by hour, so you should bring a timer to steal an hour of sleep between moving your car and hitting the road.

9. Fire Conclave: This is a sight to behold. It's where gifted, volunteer fire dancers congregate to perform each year, creating the largest gathering of fire dancers in the world on the night of the Burn. We'll bet it turns out to be one of the coolest things you see on the playa. If you're curious, meet Crimson Rose, the woman who brought fire dancing to Burning Man.

10. Fluffer: Volunteers need love too! Because Burning Man is run largely by tireless volunteers, it's important to keep them happy and feeling good. Fluffers bring water, sunscreen, and give massages and TLC to artists, fellow campers, performers, and all other volunteers.

11. Gifting: A common misconception about Burning Man is that it runs on a barter system. That's not the case. Nothing is given to another person with the expectation of money or trade, except coffee at Center Camp and ice for purchase (that way you keep your food from spoiling and you can melt it if you didn't bring enough water). The soul of Burning Man partly runs on its gifting ethos.

12. Grey Water: This refers to “used” water that has been contaminated by soap, toothpaste, playa dust, food residue, or similar pollutants. No spitting allowed, while brushing your teeth for instance, on the playa ground. You have to take it out with you, no matter how icky it is.

13. Leave No Trace/MOOP: One of the central tenets of Burning Man. They're super serious about it – even a single sequin or feather will get you in trouble. You'll (or even your whole camp) be put on blast for not picking up after yourself. MOOP refers to "matter out of place," including garbage, litter, and debris. 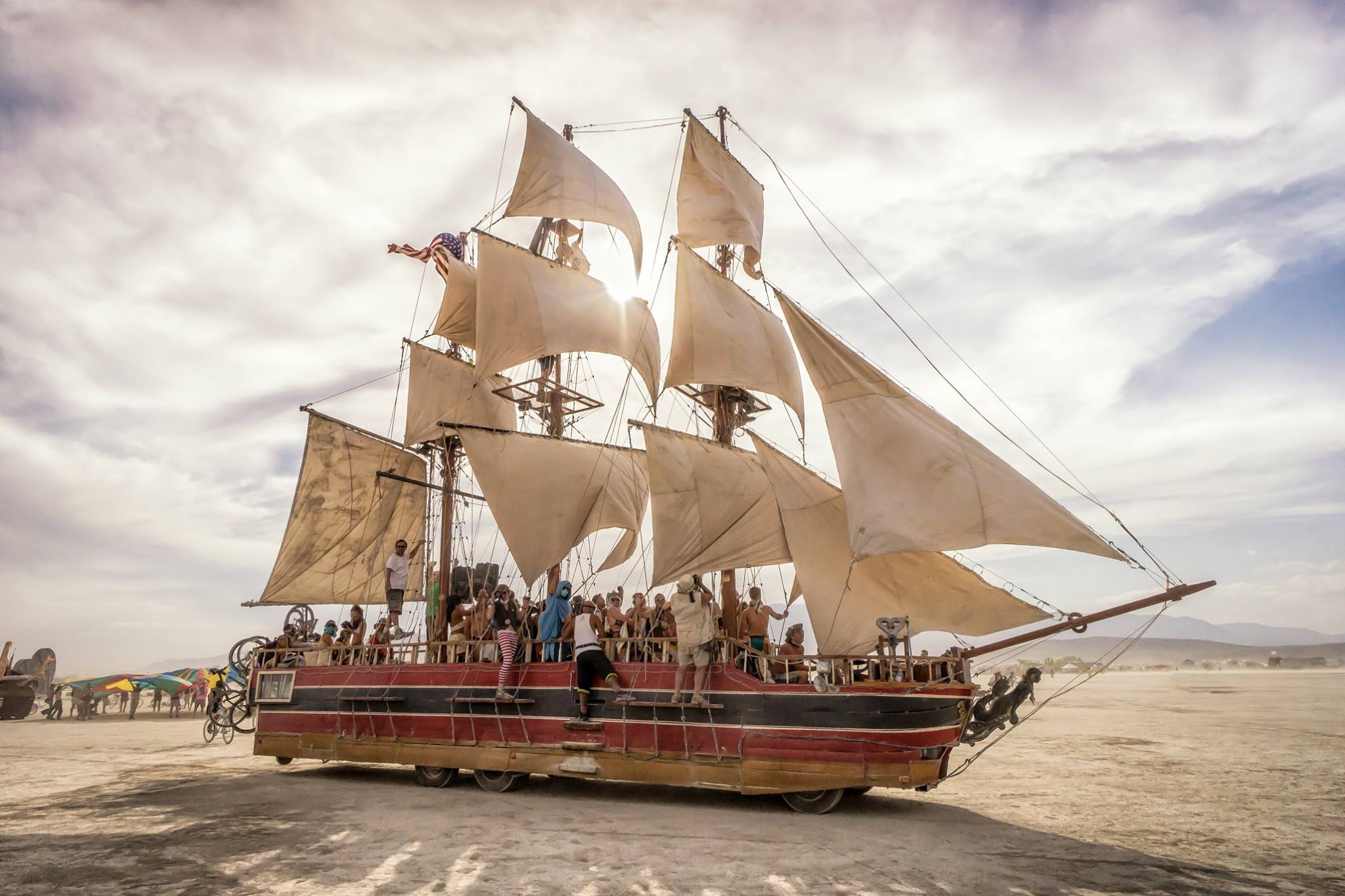 14. No Spectators: You can't just sit back and watch, because "everybody is a superstar at Burning Man." The event is what it is because everyone adds their own little thing; the lines between performer and audience are blurred. Whether it's just saying yes to something you wouldn't usually do, or talking to complete strangers, you have to participate.

15. Pickleback: If you know anything about drinking in general, you already know that picklebacks are akin to the nectar of the gods. Lucky for you, they also happen to be a traditional playa beverage. It's a shot of whiskey chased by a shot of pickle juice. How can you say no?

16. Piss Clear: "Good for you, you're drinking enough water!" Speaks for itself.

17. Playa Dust/Playa Foot: Playa dust is dried silt from the prehistoric lakebed now known as Black Rock Desert. Its high alkaline pH makes it corrosive, and its extremely fine particulate gets it into just about everything. Let's just say there is dust everywhere. Playa Foot is a common malady where dry feet become cracked due to prolonged exposure to the highly alkaline desert floor. To prevent Playa Foot, you can wash your feet out with a vinegar-water or lime juice solution or just keep your shoes on.

18. Playa Name: Some people have them, some people don't. It's just another way to exist as someone else for ten days and feel like a rock star, although many use these names in the Default World. It's important to note that Playa Names are traditionally given to a person, rather than taken on.

19. Rebar: Your average tent stakes just won't cut it – rebar is a must. Luckily, it's also super cheap. Bring some extra for neighbors who may have forgotten theirs.

20. Shirtcocker: When you wear just a shirt and nothing else. Because showing your naked lower half is way less revealing than showing your chest...

21. Sparklepony: This is a derogatory term for someone who is overly reliant on others. They also often wear glitter, feathers, and neon and eschew all the rules of LNT, and/or don't care to learn. Don't be a sparklepony!

22. Ten Principles: The guiding light of the entire Burning Man experience. Written in 2004 by founder Larry Harvey himself.

23. Theme Camp: A lot of people camp with these large groups, and they're often given dedicated spots of land by Burning Man. Themes run the gamut from musical offerings (sound camps like Distrikt), to a common interest like a hometown, to a unifying food or bar offering. Themes can also be the camp's own art car, a camp that gives away costumes (Kostume Kult), and much more. If you have your own idea for a theme camp, you can start one.

24. Trash Fence: The famed location of the legendary Daft Punk set that's yet to happen... it's set up along the perimeter of Burning Man to prevent inevitable garbage waste from traveling into the nearby mountain range and surrounding nature. 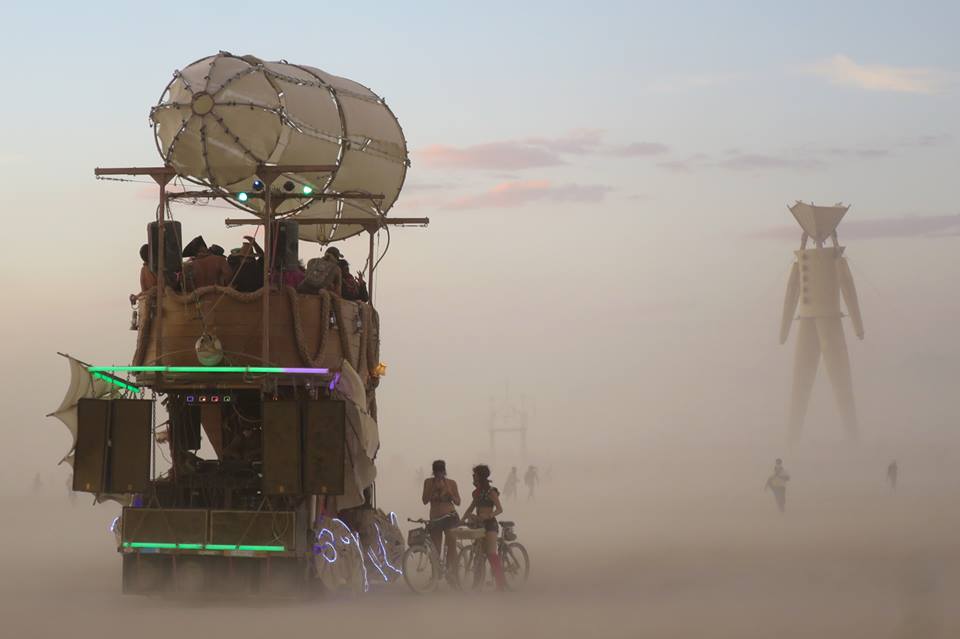 25. White-out: When the wind whips into a violent dust storm and you can't see more than an inch or two in front of you. At least one big dust storm happens each year. They can be fun if you're with the right people, and can be kind of scary if you're solo. Art cars have to stop moving or they'll get ticketed.

For way more Burning Man lingo, be sure to check out the complete Glossary here.