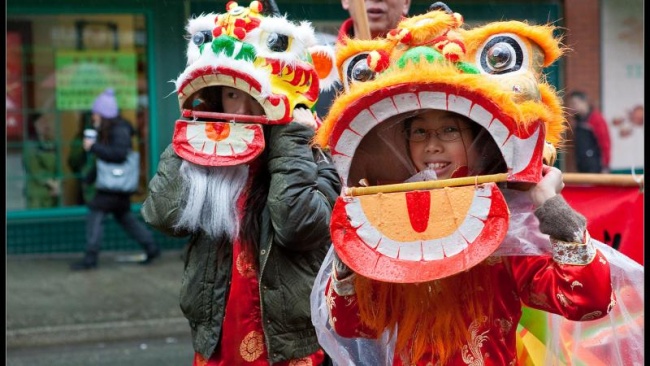 With the exception of potentially Christmas, is there an annual festival or holiday that more people in the world celebrate than Chinese New Year? Known as the “Spring Festival,” even though it occurs between January 21 and February 20 each year (based upon the Lunar New Year), this is the granddaddy of all Chinese celebrations although, as I’ve learned in my home town of San Francisco, it’s appropriated the world round. 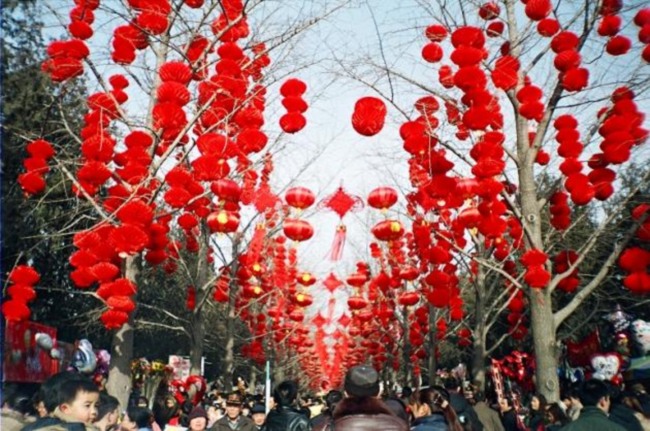 One can’t help but notice the importance of the color red inall the decorations that abound during this 23 daylong festival. This comes from the legend of the mythical beast Nian which would annually attack villages on New Year’s Eve after sleeping the whole year. According to legend, one year, Nian came to a village where several buffalo boys were cracking their herding ships in a competition. The monster was so frightened by the explosive sounds, he fled to another village but he spotted some bright red clothes hanging on the line to dry. He fled once again as the color red spooked him. Finally, he ended up in the third village where he peeked in the crack of a door only to see a bright candle that made him feel dizzy. 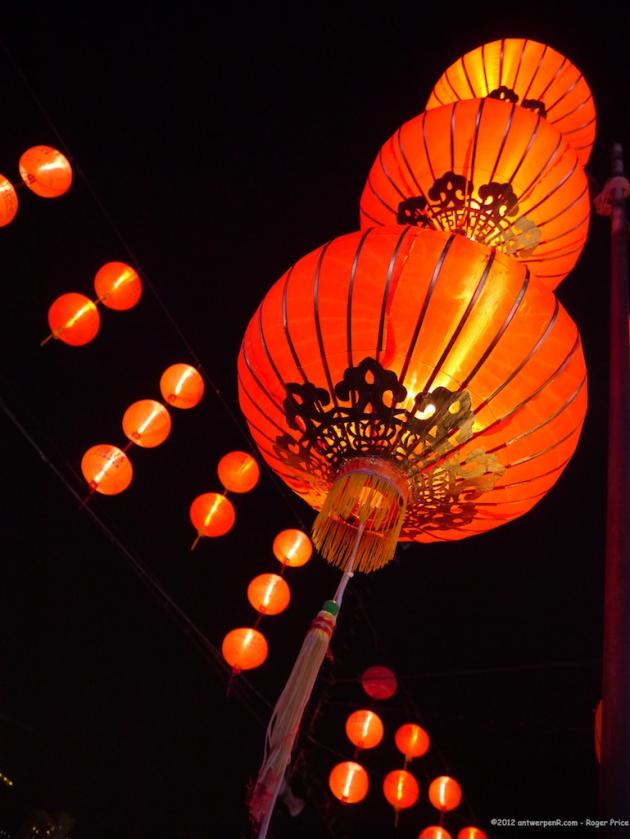 Hence, for thousands of years, the Chinese have been hanging crimson-colored lanterns and decorations to scare away the beast while loud noises (hence, the popularity of firecrackers, drums and cymbals) are used in the celebrations as well. Since China has had an agriculturally-based economy for ions, it attaches greater importance to the Spring Festival than it does other festivals because this is the most auspicious time of year to set the intention for the upcoming planting and harvest. And, it is also seen as a time for family reunion. 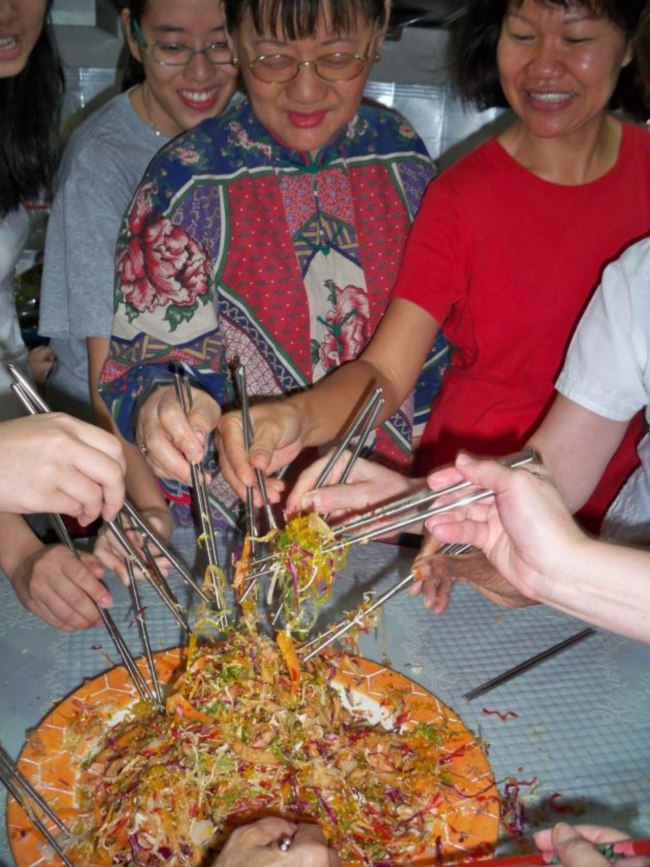 New Year’s Eve (which was February 9 this year) is a time for family reunion dinner feasting on sweet soup with dumplings, fish balls, noodles, or fried cakes. It’s quite a tradition for people to travel long distances to be with their families during this time, which is one reason why Chinese New Year lasts so long – many businesses shut down during this time of year. Following the New Year’s dinner, many stay up late playing games till, at midnight, a bell sounds and the younger folks give warm greetings to the elders. This is also a time when some families make sacrifices to the gods so they may burn incense, paper, or something else symbolic that suggests an end of the past and the start of a new year. 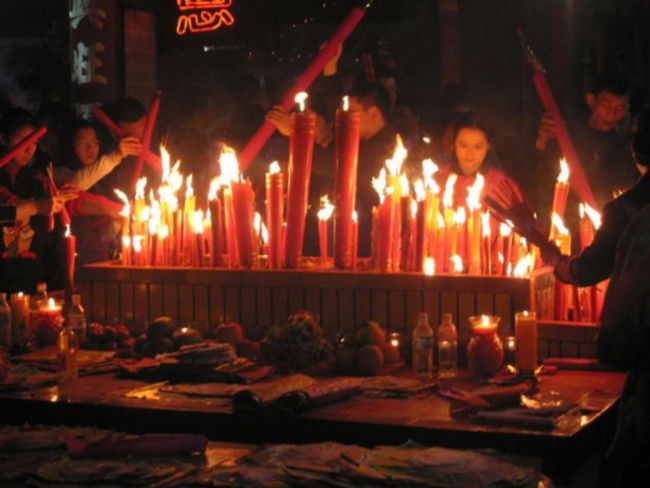 The first day of the New Year, which starts at midnight, is also a time to light fireworks, burn bamboo sticks and firecrackers. And during the day, it’s a time to honor one’s elders and there is often a town parade. The second day of New Year’s, you’re likely to see the Lion’s Dance as well as the bigger fireworks celebrations. The third day is the most propitious day to visit the temple of the God of Wealth and, in modern times, it’s seen as a day when you celebrate for yourself. 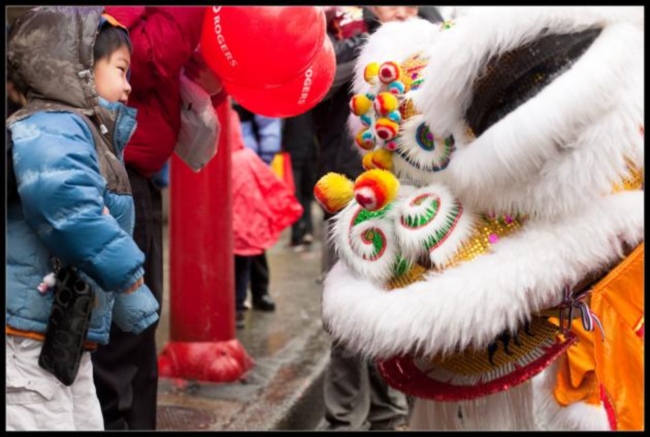 2013 is the Year of the Snake which can be a turbulent year (think 2001 with 9/11, 1989 with the Iron Curtain coming down, and 1941 with Pearl Harbor). It’s a particular good year for those born in the Year of the Rooster (1933, 1945, 1957, 1969, 1981, 1993, 2005). The three most interesting places in China to see the festivities are Hong Kong (which I’ll cover in my next two posts), Beijing, and Shanghai. In Beijing, there are temple fairs (White Cloud and Lama Temples) and celebrations in parks such as Ditan Park. Shanghai is even more of a party scene with New Year’s Eve reservations being particularly hard to obtain (and the best temples being Longhua and Jing’an). 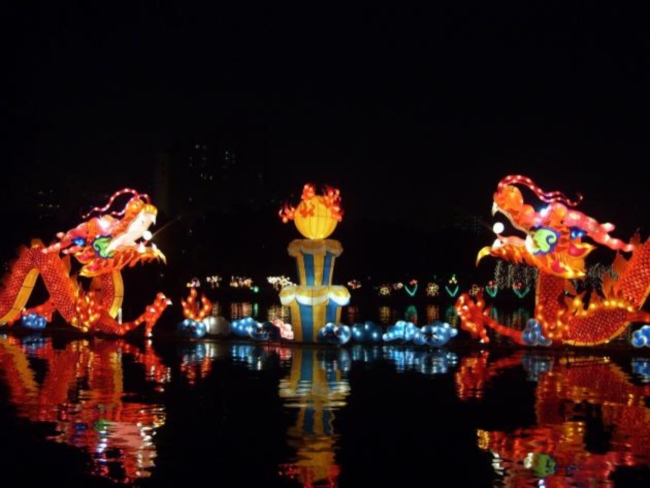