Clusterfest Released Its 2018 All-Star Lineup of Comedians and Musicians

Now, it's back with an even more wildly diverse lineup for its second year in the heart of San Francisco, CA. Topping the bill in 2018 are Amy Schumer & Friends, a one-two punch of Daily Show heavyweights Jon Stewart and current host Trevor Noah, and the friggin' hilarious, music-focused comedy trio The Lonely Island, who will perform their first-ever concert at Clusterfest. As for music, Clusterfest has snagged legends Salt-n-Pepa, the ever-clever Action Bronson, Third Eye Blind, and others. Take a look at the lineup below, or peep its acid-trip inspired lineup video above, which will have you LOLing in no time. 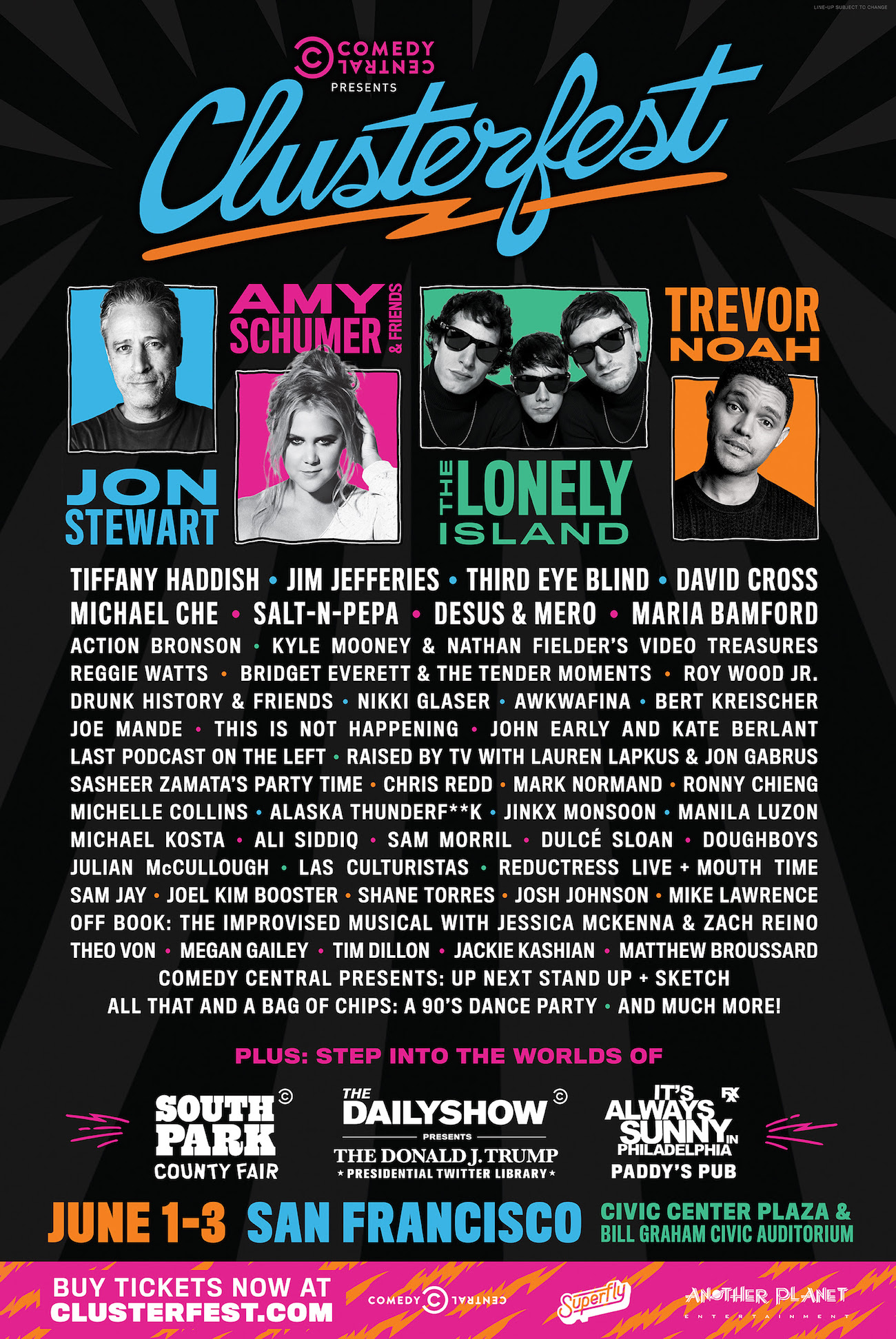 Clusterfest's incredible immersive experiences helped make its debut a buzz-worthy one, and this year will be no different. The chance to hang at Paddy's Pub (from It's Always Sunny in Philadelphia) is back in 2018, as well as a slightly tweaked version of last year's South Park themed area, which will now be South Park County Fair themed, which is sure to only add to the overall atmosphere of silly fun at Clusterfest. New this year in place of getting to go inside Jerry Seinfeld's iconic apartment is The Donald J. Trump Presidential Twitter Library, presented by The Daily Show, which will undoubtedly be the spot for those who want to vent their frustrations about our commander in chief.

Clusterfest goes down June 1-3, 2018. Get tickets while they're still available here.