Just as we were all basking in the glow of the outrageously good Coachella 2017 lineup , some sinister news leaked and makes us feel much less warm and fuzzy. It's come to light that Philip Anschutz, owner of Anschutz Entertainment Group (AEG Live), the company which operates Goldenvoice and promotes Coachella, has donated money to ultra conservative organizations for years, including Alliance Defending Freedom, Family Research Council, and National Christian Foundation – all of which are big-league anti-LGBTQ groups.

Back in Summer 2016, several advocacy groups unearthed these deep ties. According to Esquire, the Executive Director of ProgressNow Colorado, Ian Silverii, released a press release during that time saying: "Phil Anschutz's extensive influence in Colorado politics has been known for years, but the degree of his support for anti-LGBTQ groups that fund extremist hate groups like Gordon Kligenschmitt's 'Pray in Jesus Name' is shocking. At a time in American history when discrimination and violence against LGBTQ citizens is on the rise, support for pro-discrimination groups puts Anschutz on the wrong side of Colorado, and on the wrong side of history."

The Washington Post delved deeper into just how insidious these anti-LGTBQ groups are in 2016, showing that the Freedom For All Americans (FFAA) advocacy group has labeled Phil Anschutz as an "Enemy of Equality."

In a report released last year called “Enemies of Equality,” FFAA compiled 17 bills in 14 states that targeted transgender Americans using "almost identical language." All told, there were more than 200 anti-LGBT bills pending in 34 states at the time the report was published. The chart below shows the corporations and people bankrolling this coordinated attack on the LGBT community. Yep, Phil Anschutz is in there. Click here to learn more about these groups. 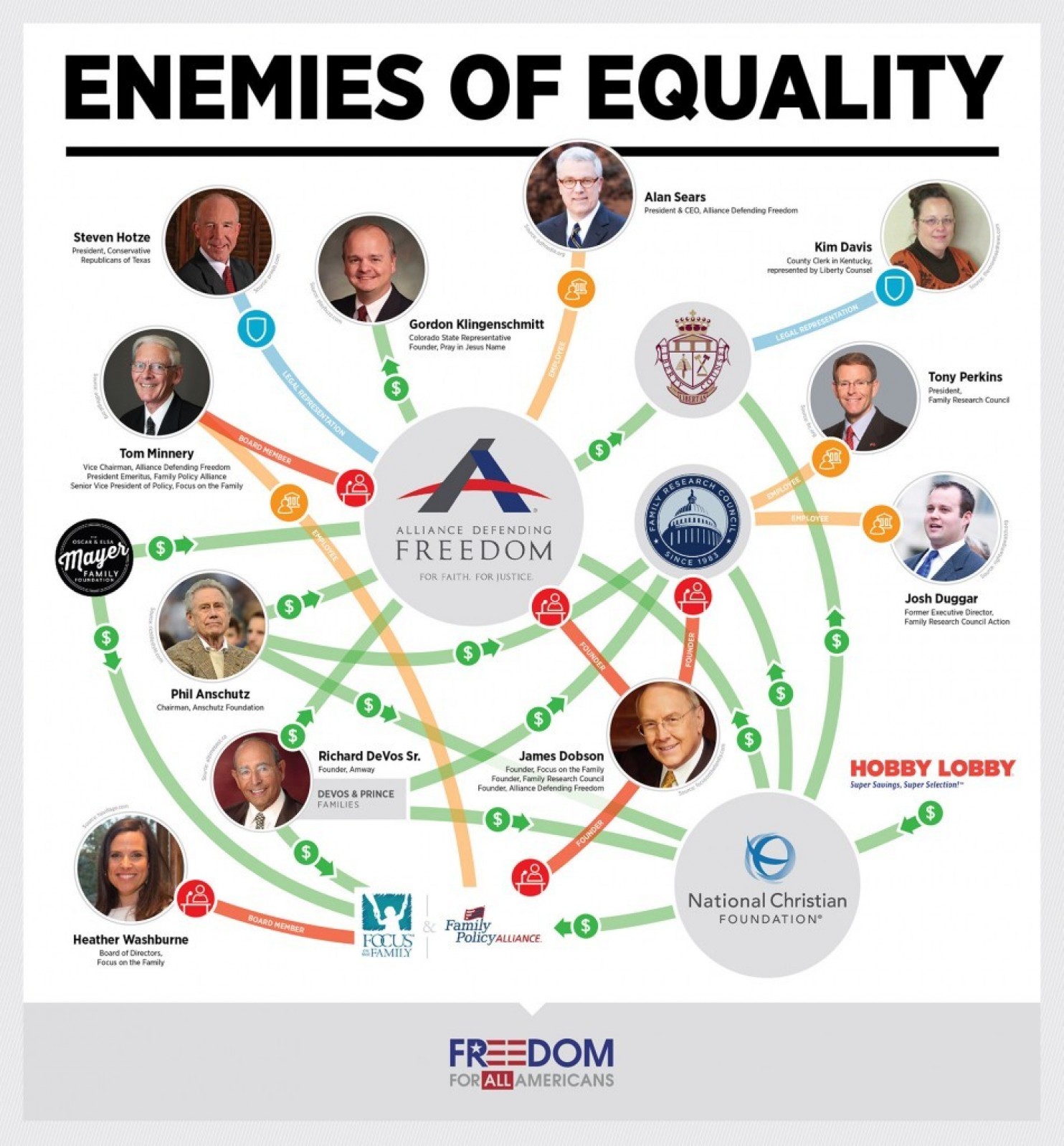 Remember how we mentioned Alliance Defending Freedom, Family Research Council, and National Christian Foundation as organizations that have received money from Anschutz for years? FFAA lists Alliance Defending Freedom (ADF) as 22-year-old group that “advocates for your right to freely live out your faith.” It reports that The National Christian Foundation (NCF) funds a lot of the groups aggressively working to chip away at the equal rights of LGBT Americans; and Family Research Council (FRC) is listed by the Southern Poverty Law Center as an “extremist group.”

This is serious info to consider before spending hundreds if not thousands of your hard-earned cash on a festival led by a corporation with ties to several hate-fueled, conservative agendas. All we can say is, follow your heart and choose accordingly.