Vendors
Photo By: Tree of Ténéré

Coming to Burning Man: A Giant Tree Made of 25,000 LED Lights

Big art is a common sight at Burning Man, and awe-inspiring feats of visionary artistry will be everywhere on the playa in 2017. But one such massive installation we can't get enough of that recently came to our attention is the Tree of Ténéré , which makes its debut in Black Rock City this year.

Four stories tall and leafy green by day, Ténéré will provide much needed shade to playa wanderers; those who want to climb all over the lifelike tree (its exterior is hand-painted and hand-sculpted to look exactly like knotty, gnarled bark) just as they did as kids are encouraged to do so. 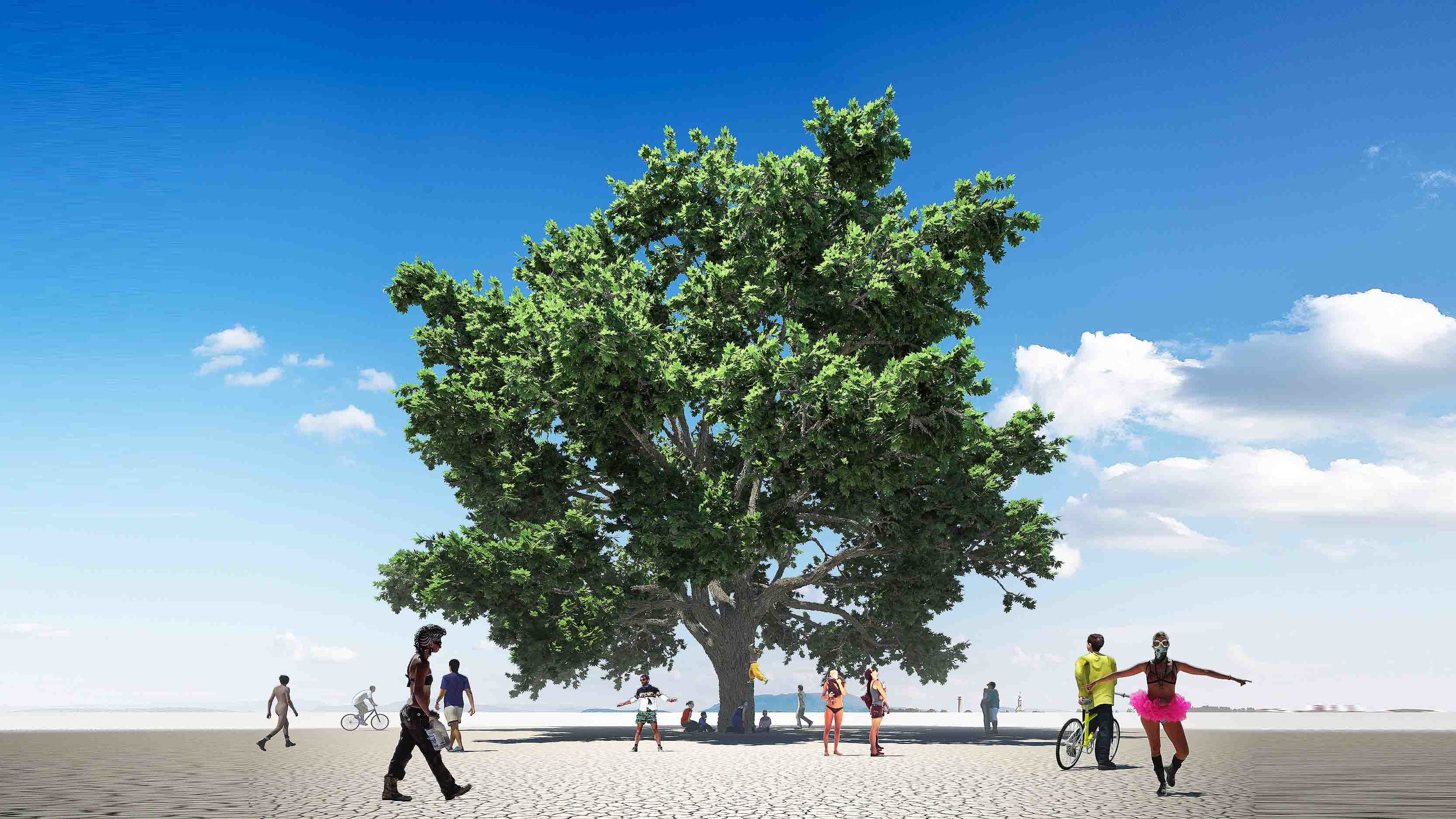 Photo by: Tree of Ténéré

By night, its branches will come alive with 25,000 LED lights, which will glow and undulate with color set to music to create an utterly mesmerizing gathering place. As explained in (awesome) video above, the creators will also place sensors in and around the tree that will allow those gathered around it to control the lights using sound, movement, and even biorhythms. 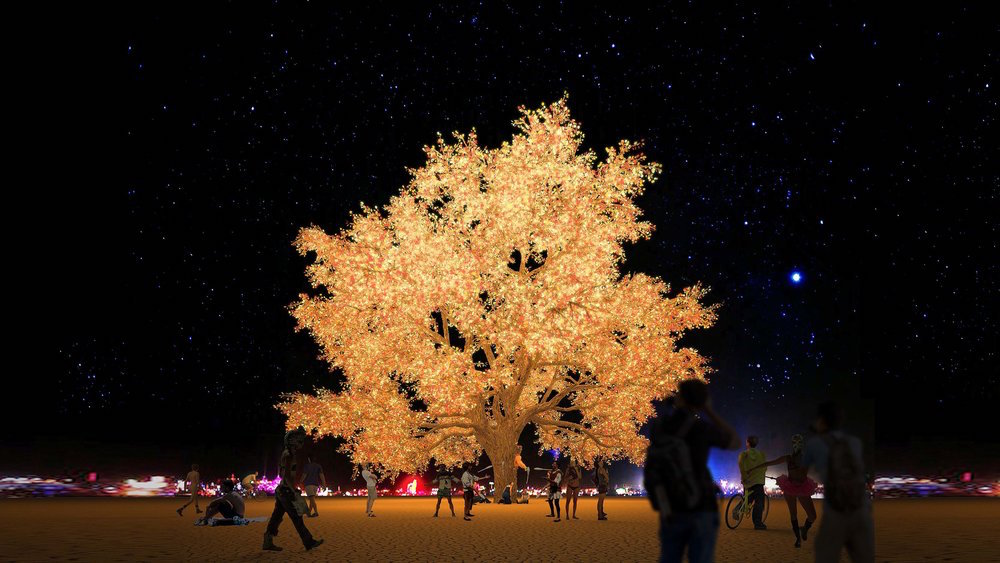 Photo by: Tree of Ténéré

"Imagine laying under the tree and singing or harmonizing with the people around you to create beautiful light art in the canopy above," muses co-creator Patrick Deegan.

Most interestingly, the Tree of Ténéré was real. It was an important ceremonial gathering place for Berber salt traders in the middle of the Sahara Desert in the region of Ténéré. The tree was viewed as special because it miraculously sprung up from the dry desert sands, and it was known as the most isolated tree on Earth.

Sadly, the tree was mysteriously destroyed 50 years ago – but its sacred memory will be kept alive on the dusty, arid playa, where its SoCal- and San Francisco-based creators hope Ténéré will be a communal space for "contemplation, community, creativity, and play."

"It's referential of a natural, living creature, but it's going to be surreal," says lead artist Alex Green.

The team behind Ténéré has an Indiegogo campaign in progress right now.

Check out more massive art installations that will be on the playa this year here.