This Memorial Day, many of us in America will be BBQing, beer drinking, and closing out the long weekend with parties, family, and friends. In Brockworth, England, they'll be chasing a wheel of cheese down a 295-foot hill in the English countryside. How can that not be entertaining? Cooper's Hill Cheese-Rolling is a fierce competition that goes back about two hundred years to the early 1800s in its current incarnation, and due to a number of factors, including its traditional nature, its informality, and its itinerant nature in the past 15 years, it’s tricky to get the full story of how it began. 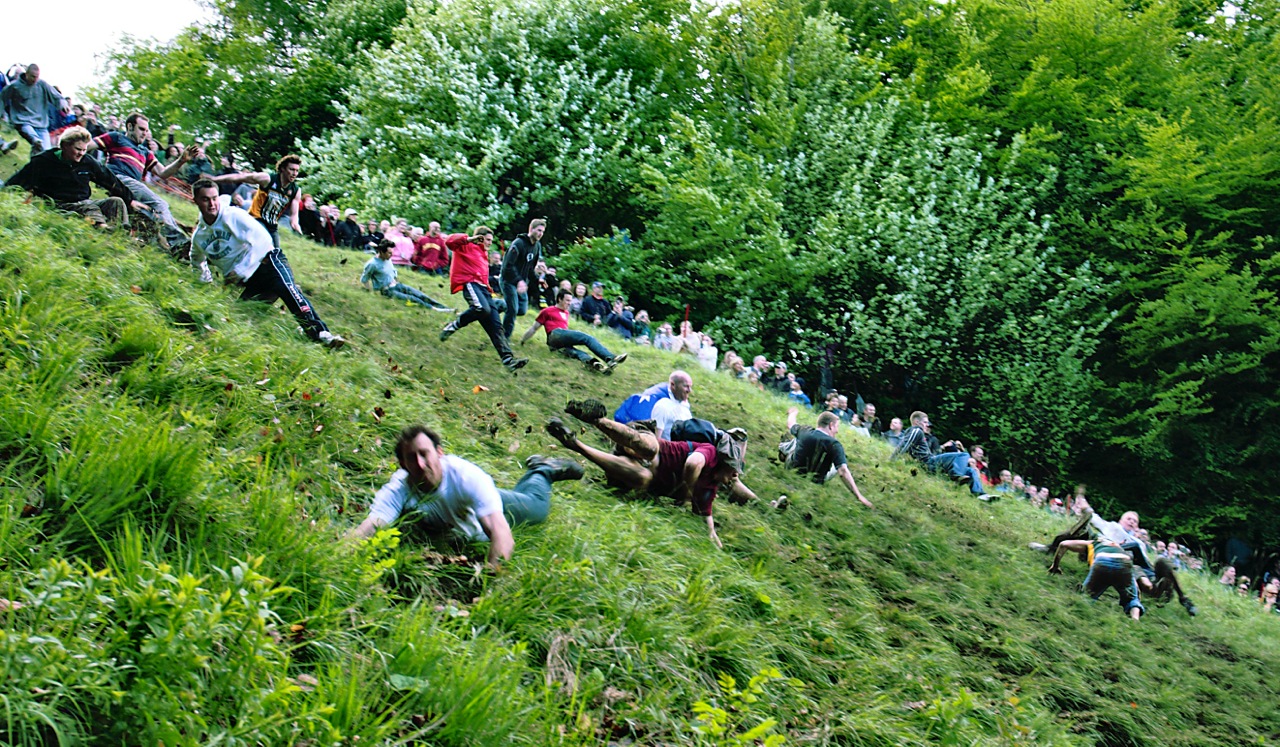 Some believe it has its roots in pagan rituals celebrating the start of spring; some say it’s fertility related; other reports say it also took place alongside other unusual competitions. On any given year, several thousand people from all over the world get together and watch roughly between 20-40 contestants (in numerous races with different contestants each time) chase an eight-pound wheel of cheese (or, in 2013, its plastic replica) down a very steep – we're talking a 2:1 gradient, here – hill in the English countryside. On purpose. For fun. For bragging rights. And, of course, to take home the cheese—which can reach speeds of up to 70 miles per hour, hurtling down the hill. If you’re the first one down the hill, you win it.

It’s a competition in which broken bones, bruised organs, dislocated shoulders and concussions do sometimes happen; ripped clothing, scratches and other cuts come with the territory, thanks to the rough and uneven terrain. It’s a likely outcome that some people will end up in the hospital, and it’s partly why—oh, apart from the whole cheese rolling business—the festival has been subject to much notoriety. In the video above, people fall and tumble down the hill like ragdolls; it's truly not for the faint of heart, or the easily bruised. 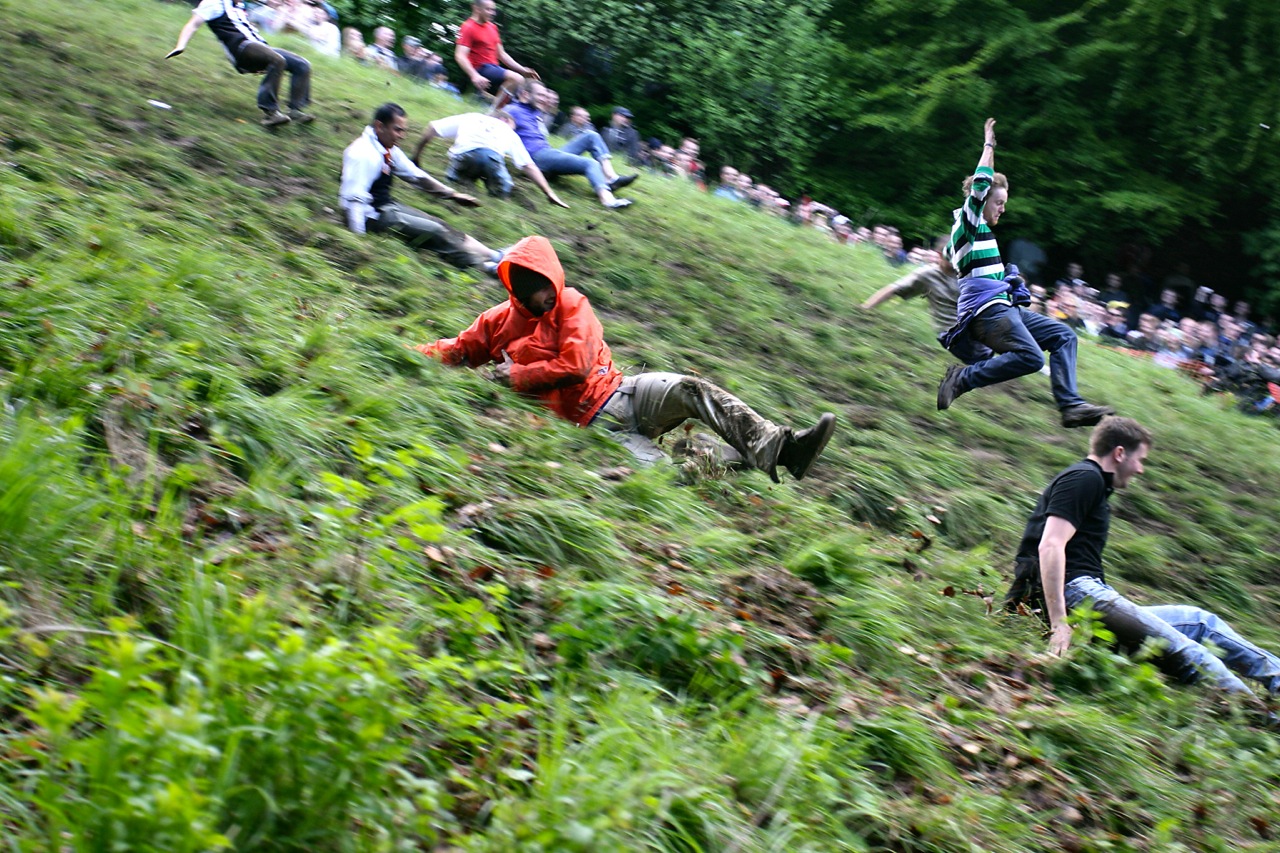 In 2010, the festival was “officially” canceled due to health and safety concerns for everyone involved: the cheese runners, attendees, and anyone innocently caught in the path; in the past, even audience members have inadvertently fallen down into the mess, (and hospitalized due to being hit by the cheese) as the hill is really steep. In 1997, 33 people were transported to the local hospital for injuries as small as splinters and as significant as broken bones. In 2011, in an attempt to make the event safer for everyone involved, organizers announced they would make it a two-day affair with an entrance fee. The move incited such violent outbursts that the rolling was officially canceled altogether, but a couple hundred people met and rolled the cheese anyway.

The event has continued unofficially since and is run by handful of locals, and like many of our favorite music festivals, there are tons of vibrant, ridiculous, hilarious costumes — ninjas, superheroes, Santa hats, Army fatigues — and some of them closer to a birthday suit, leaving very little to the imagination.