Now that we're deep into December (with far too many of us knee-deep in snow), CRSSD Festival's newly unveiled spring lineup is more than welcome. CRSSD is one of few festivals in the US to host fall and spring iterations; March's event is the festival's seventh round at San Diego's Waterfront Park. 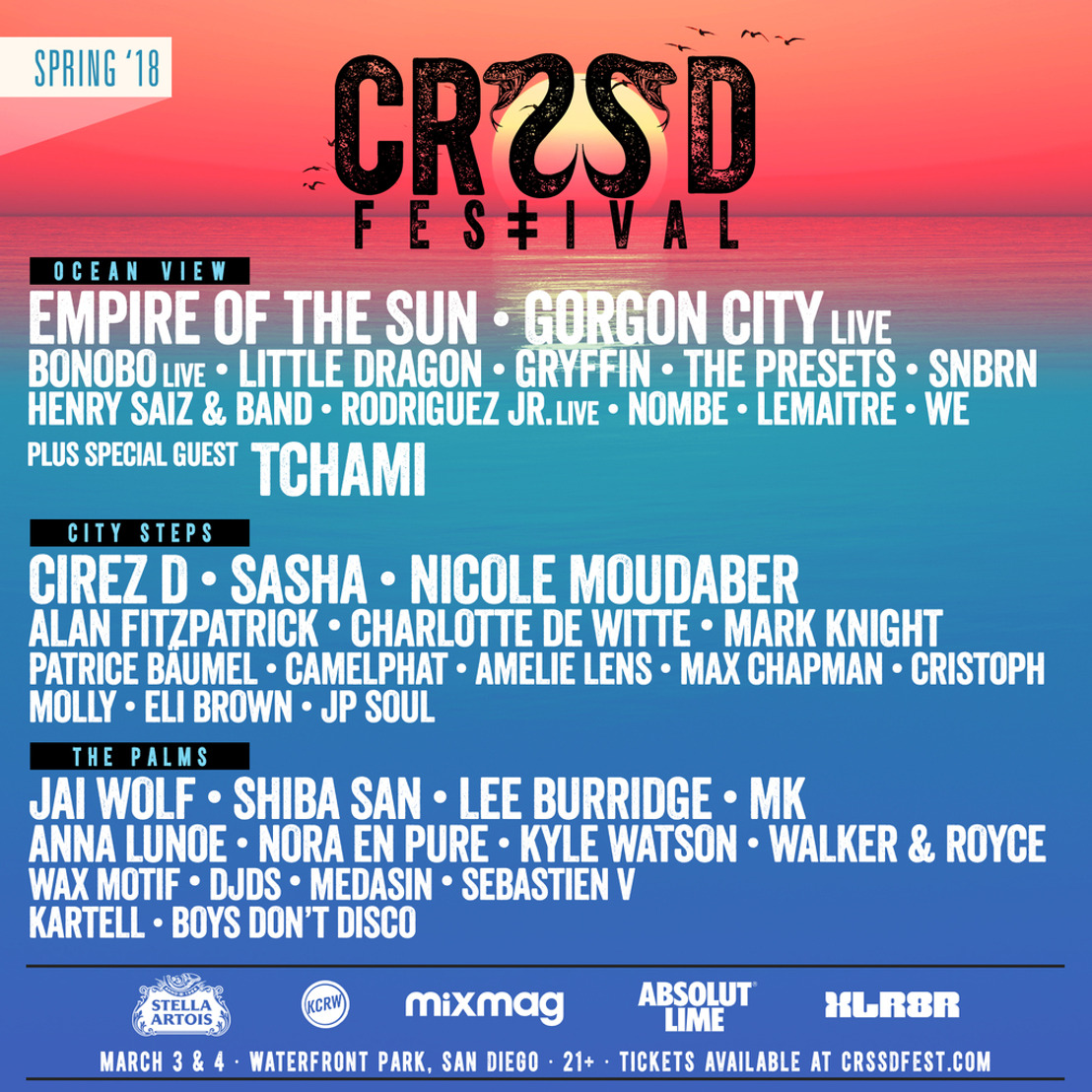 After seven rounds of stellar lineups, it's safe to say that CRSSD is here to stay. Shake off those Christmas hangovers (oh...just us?) and get your tickets here  on December 26, 2017 - 11 am PST.

We'll see you in March!