While the eyeroll-inducing word "curated" gets thrown around a lot in the festival world, I honestly can't think of a better use for the word when applied to Houston's Day For Night festival, which just wrapped its third year of filling Houston's usually deserted Barbara Jordan Post Office with a heady maelstrom of trippy light installations and innovative musical acts. The festival offers not only one of the sickest annual lineups in the country (Nine Inch Nails! Cardi B! Solange! Tyler. The Creator! Thom Yorke!) but also a unique caliber of visuals most festival-goers have never seen in a festival setting before.

The sprawling former Barbara Jordan Post Office, now known as the Post HTX complex, is transformed by Day For Night's curators into a massive labyrinth of dazzling, Instagrammable zones that perfect for unplanned festival adventures ruled by wanderlust and curiosity. Standout light art this year included Hovver's Liminal Scope (light projected around giant steel rings), Light Leaks by Kyle McDonald + Jonas Jongejan (a bunch of mirrored balls dispersing what looked like thousands of points of lights), Matthew Schreiber’s Ricochet (two stacked pyramids housing red lasers), and VT Pro’s Telestron (pair of robotic "performers" that moved to futuristic soundscape). It's hard not to get sucked into the psychedelic vibe when everyone around you is lost in the moment, staring, touching, sitting, and moving around each installation like they've discovered something fallen to Earth from a distant planet.

Below, enjoy photographer Linka Odom's captures of much of the art at one of the most cutting-edge festivals in the world. 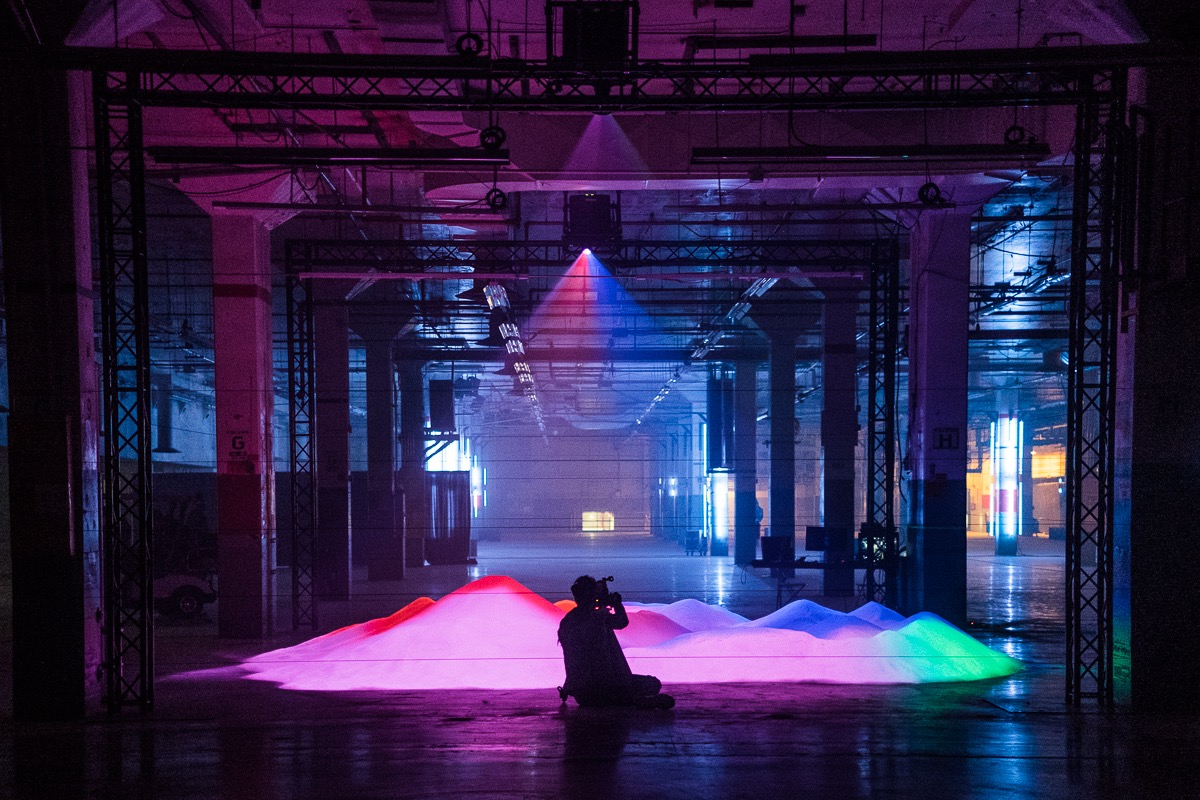 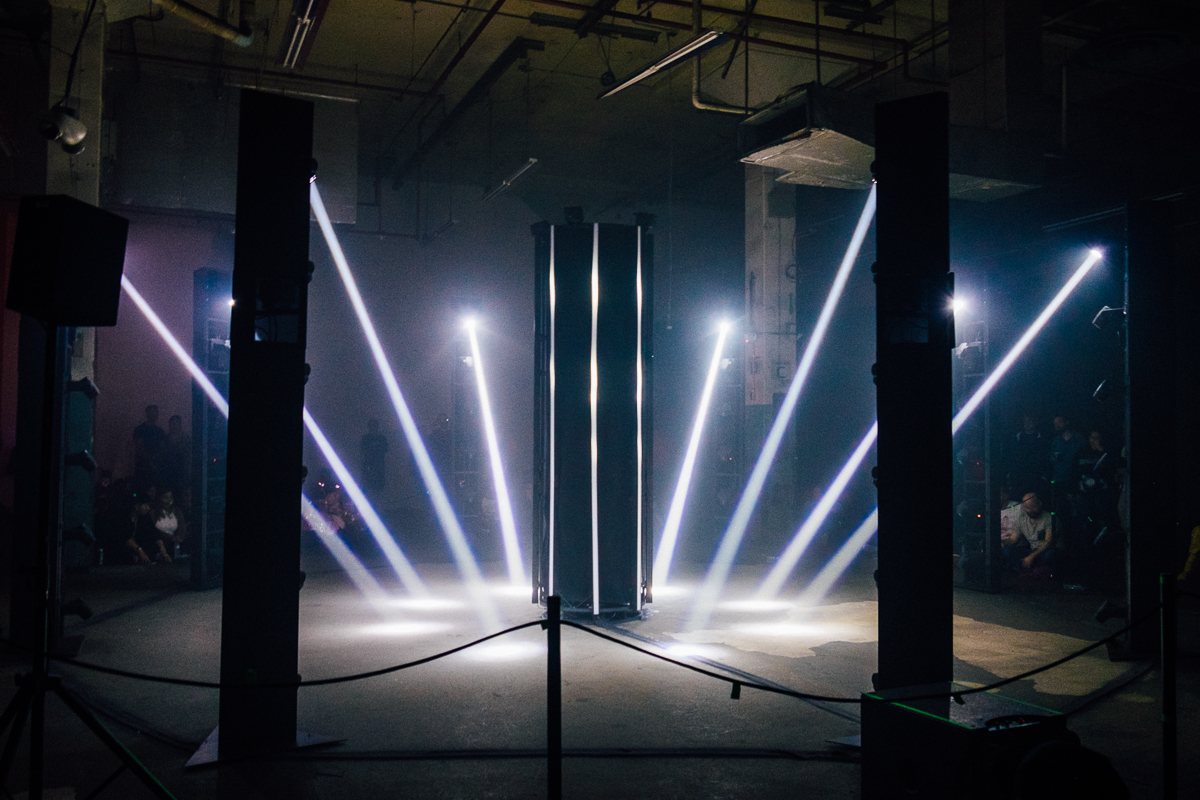 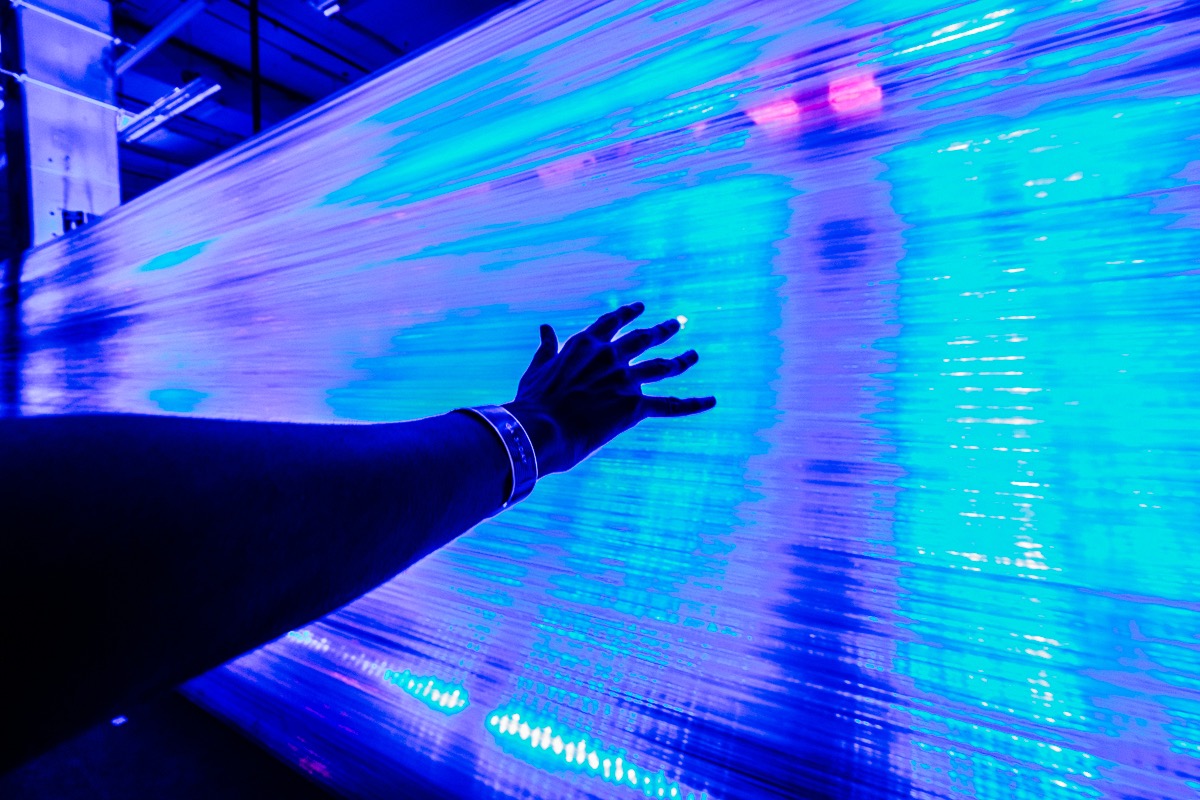 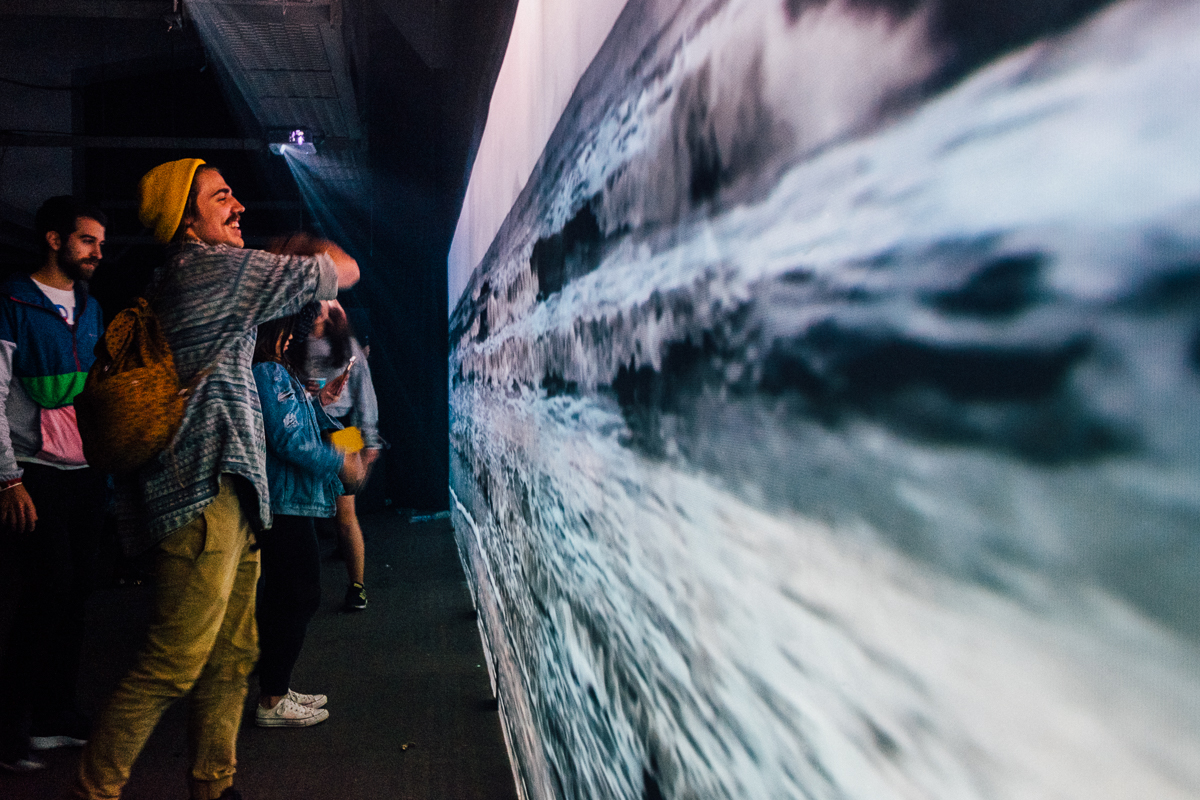 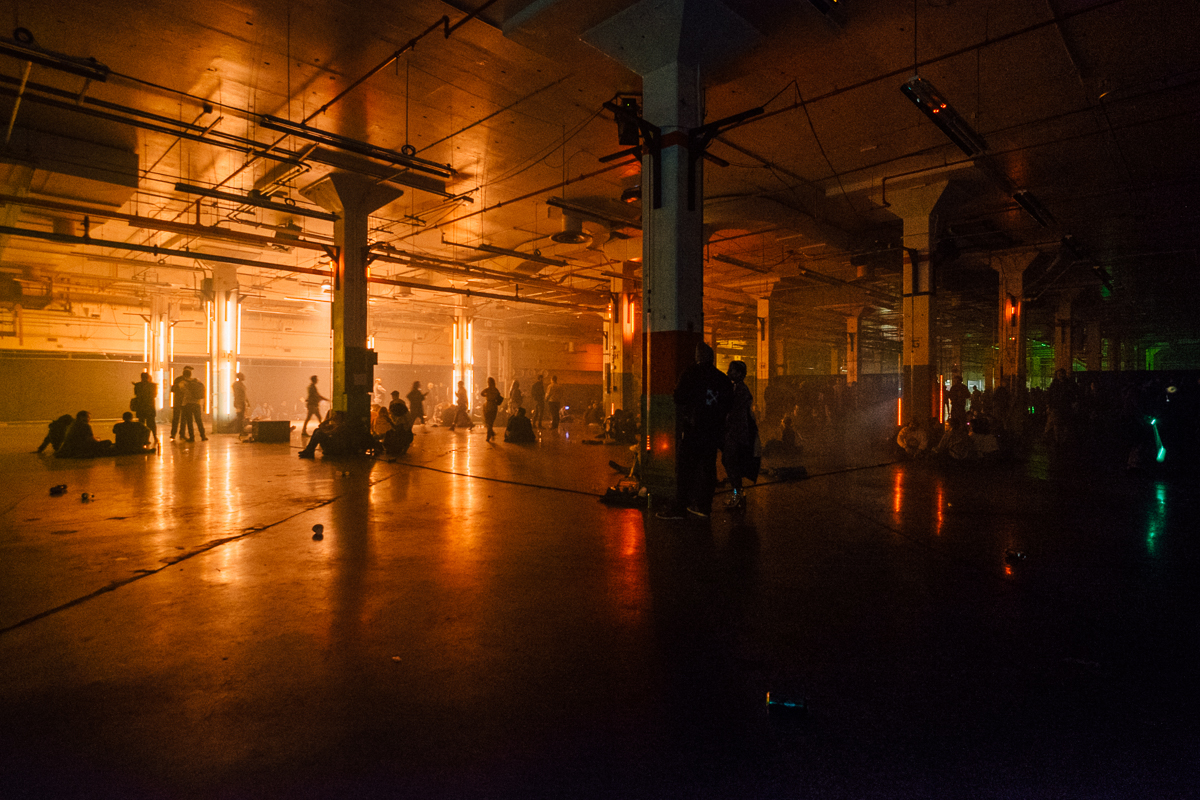 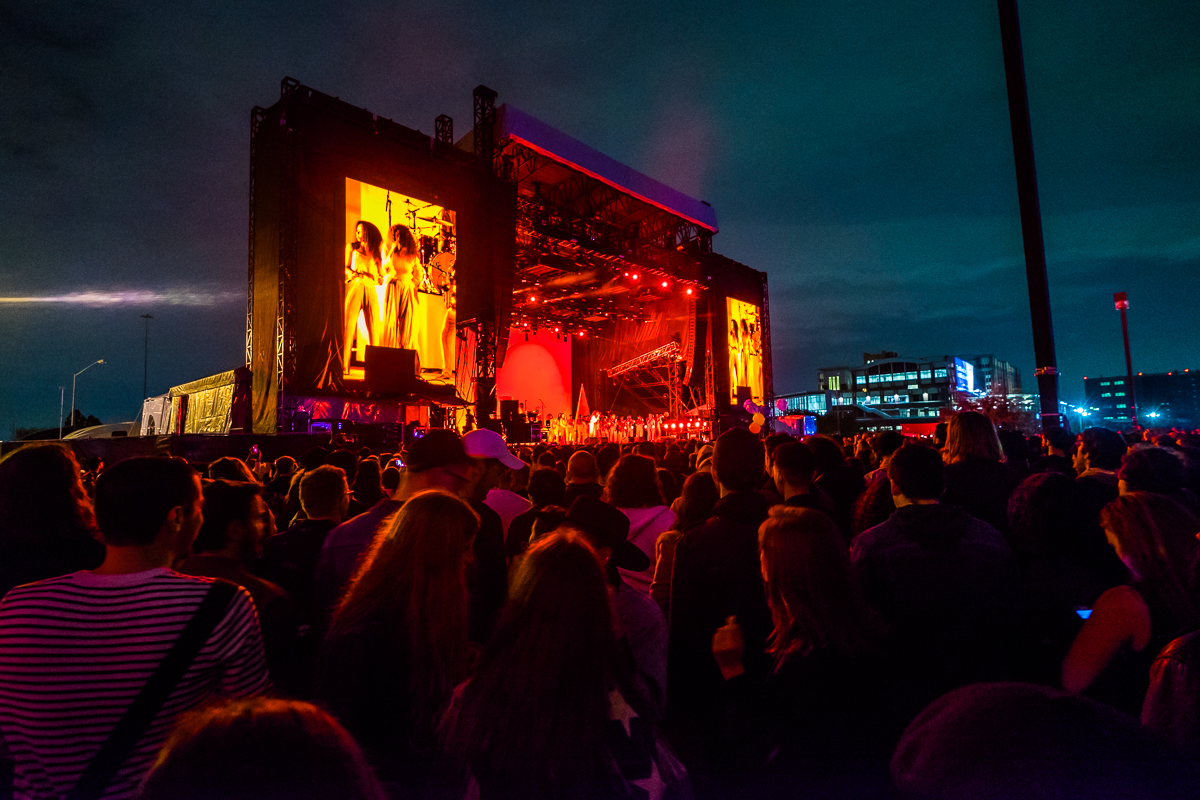 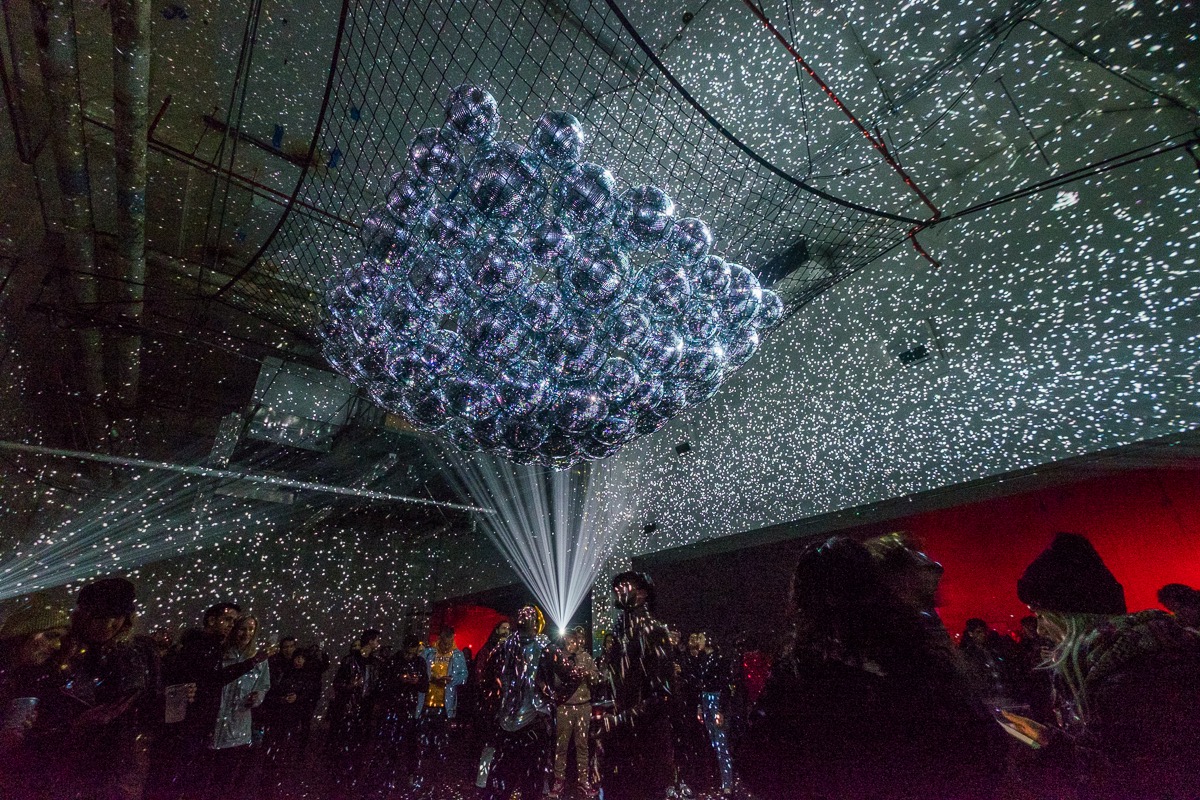 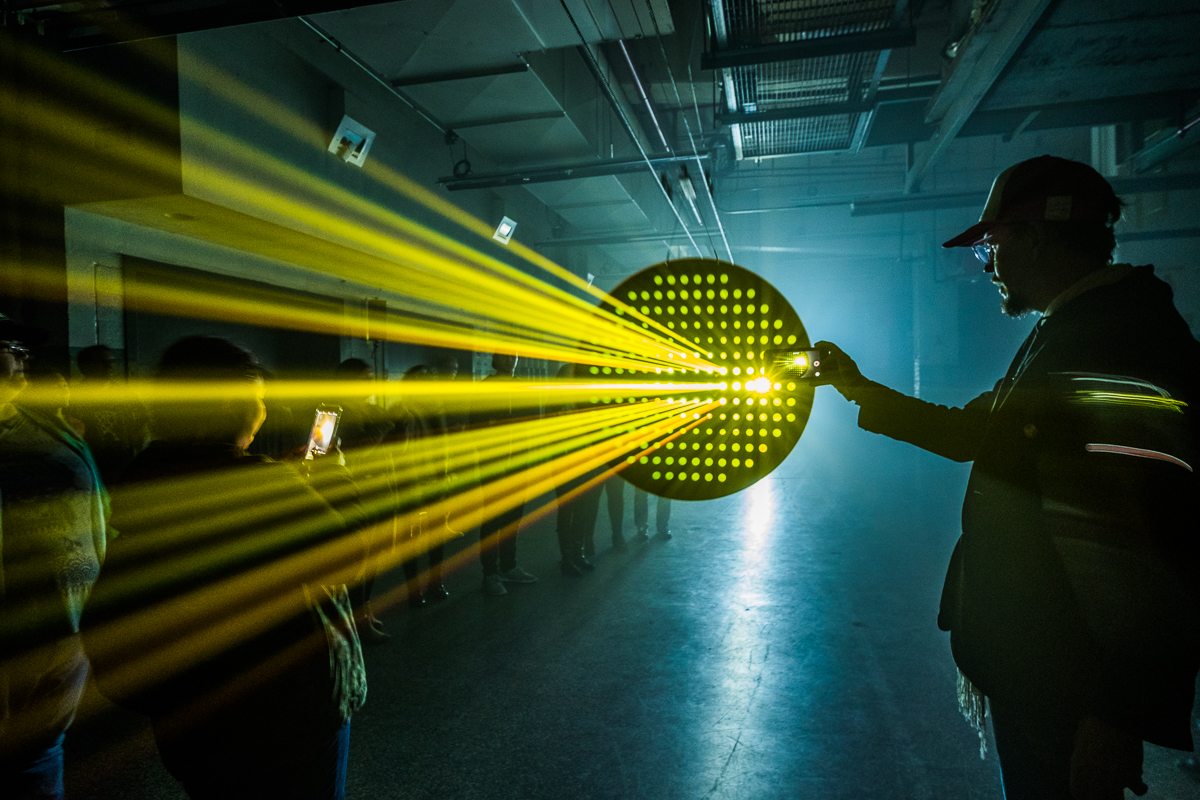 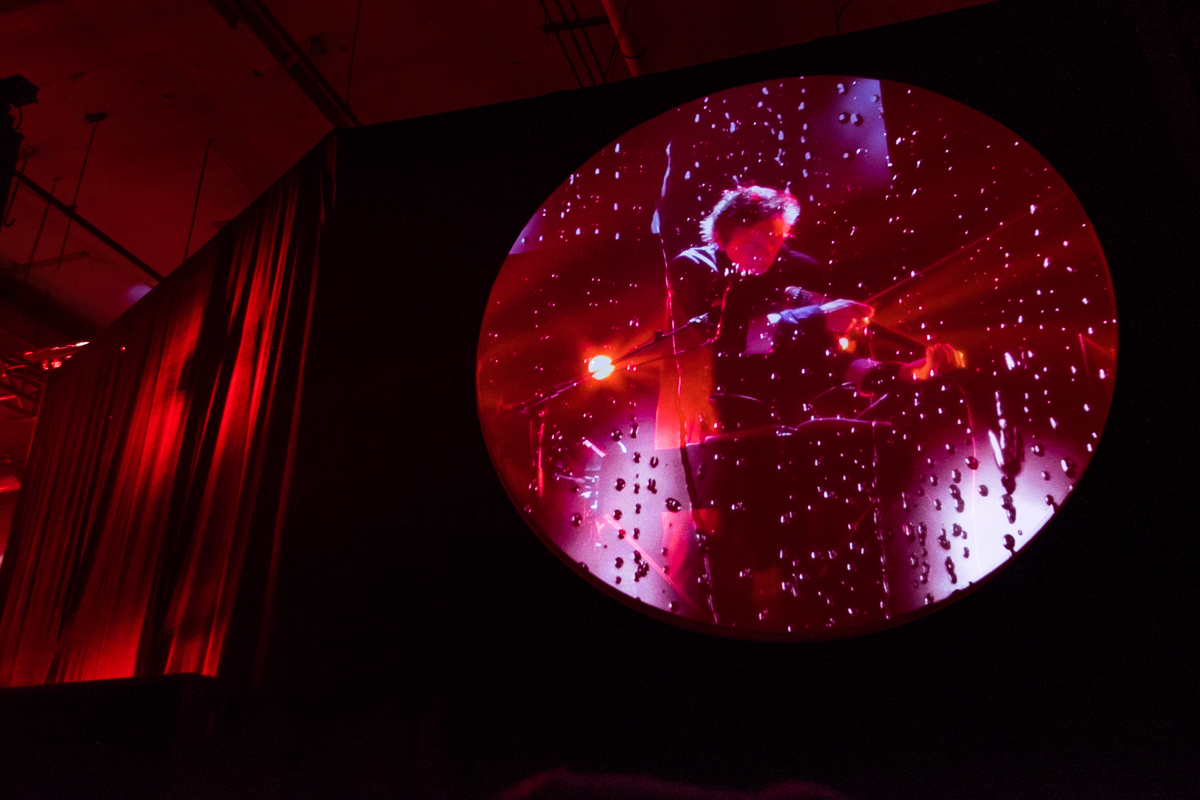 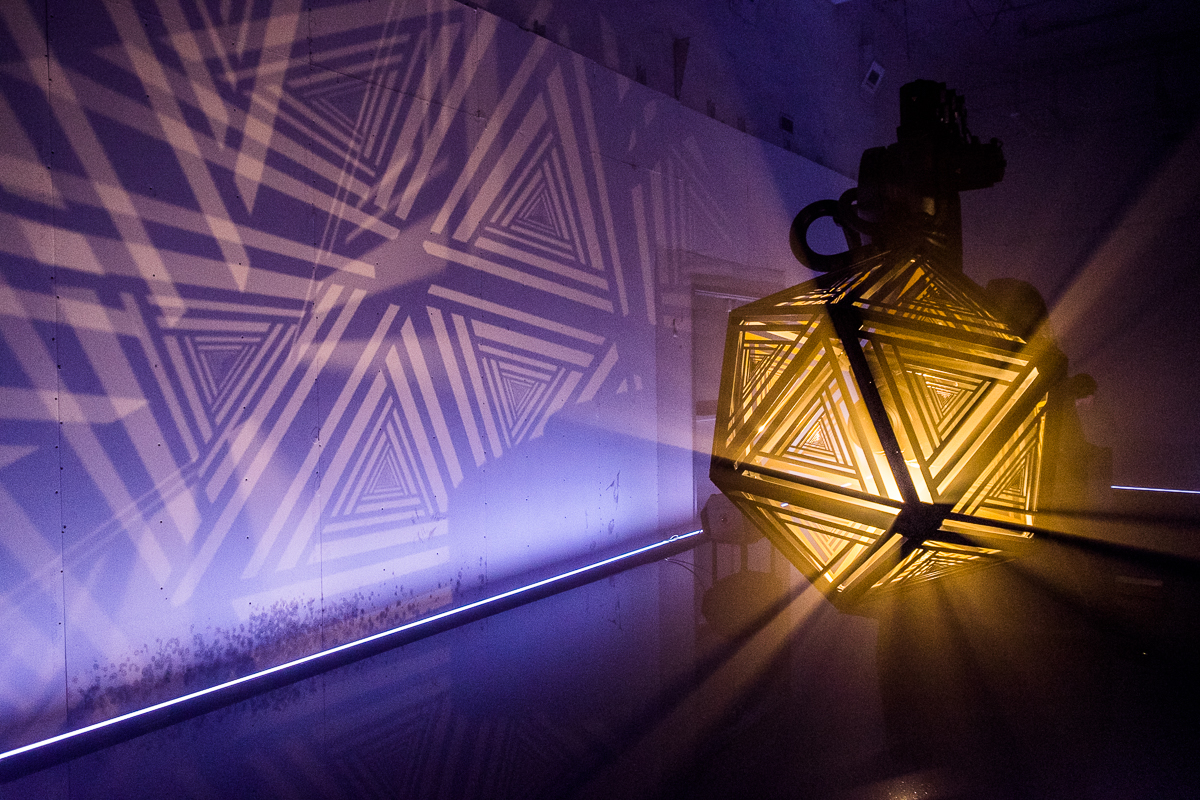 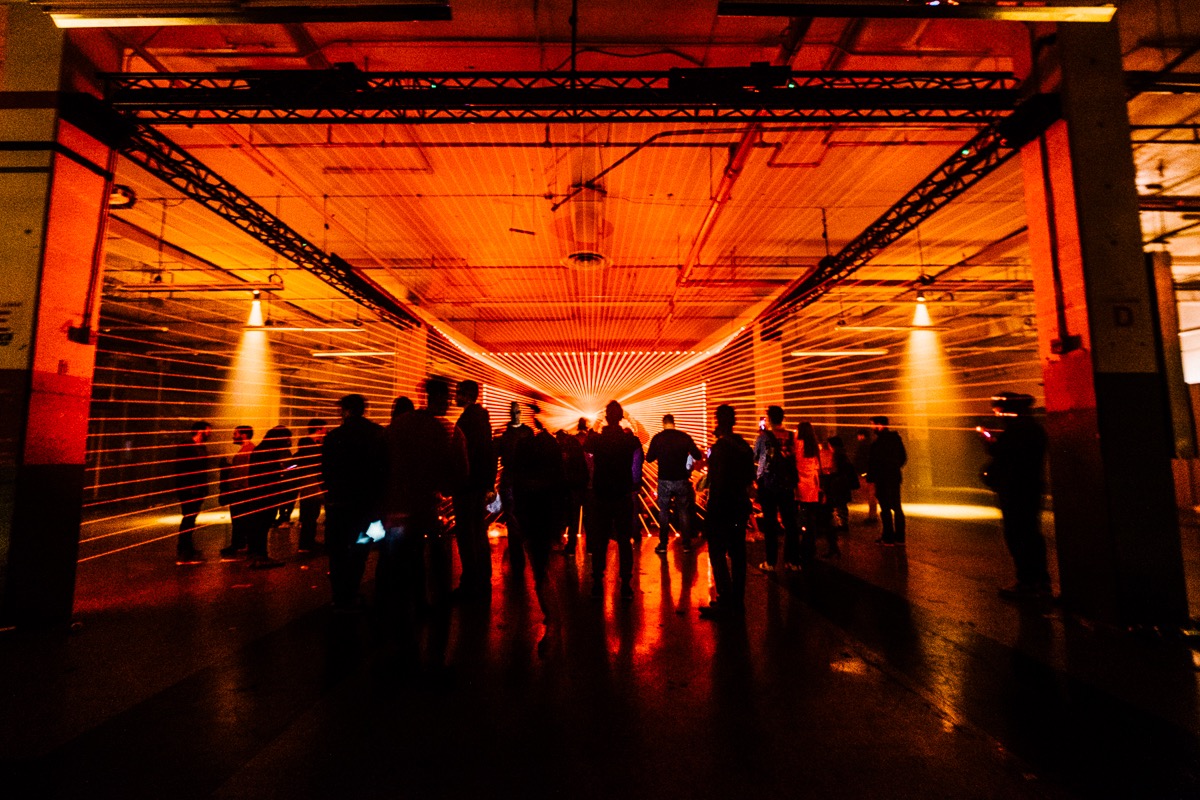 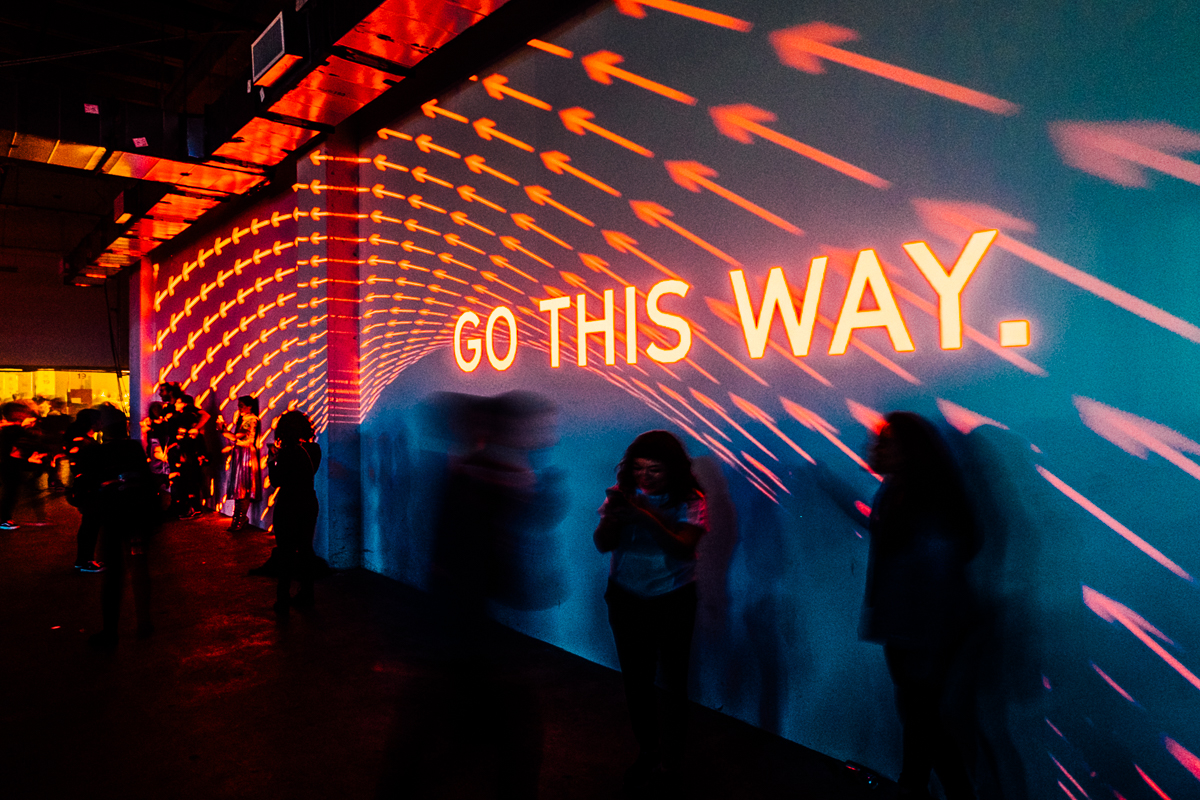 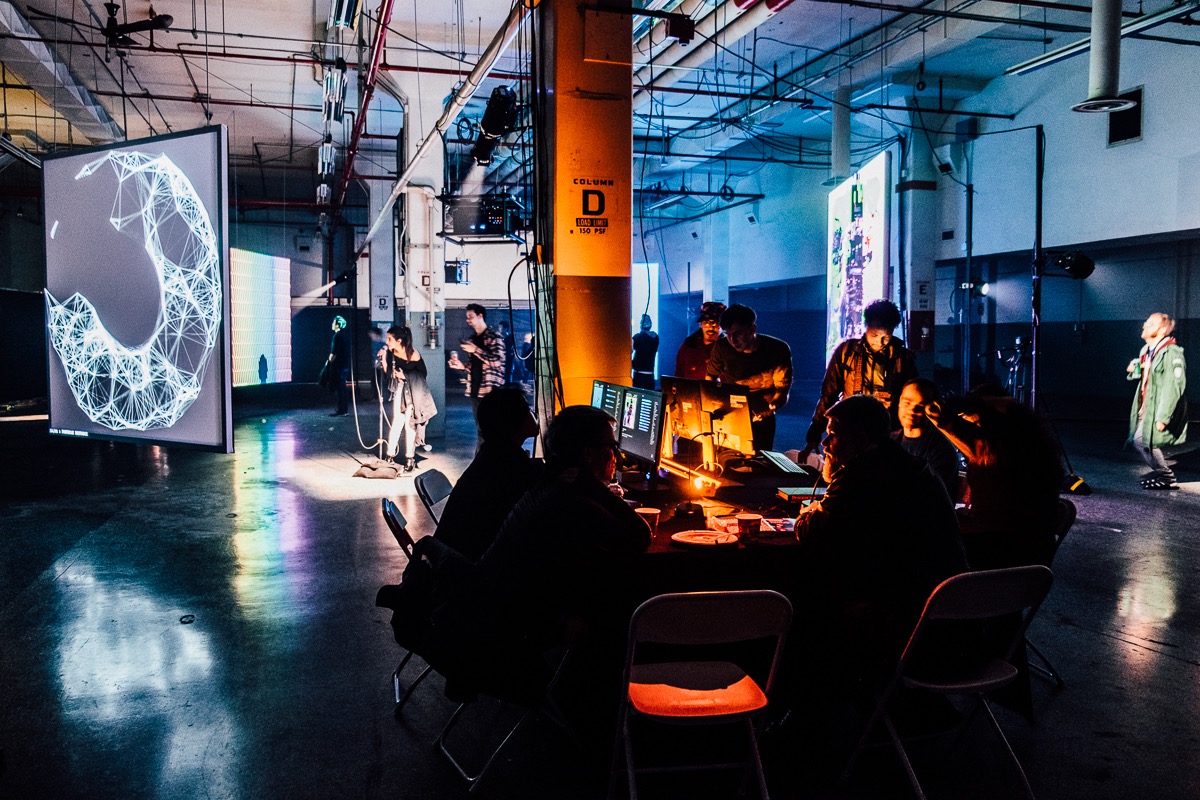 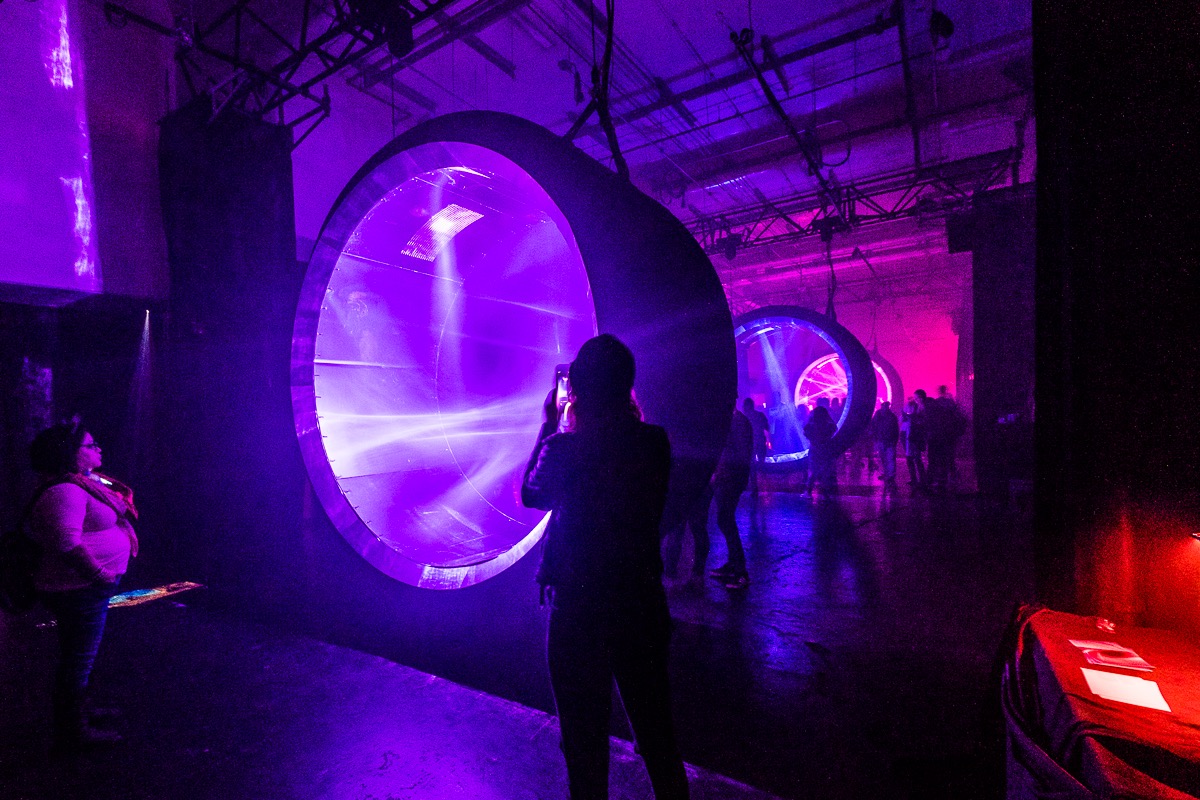 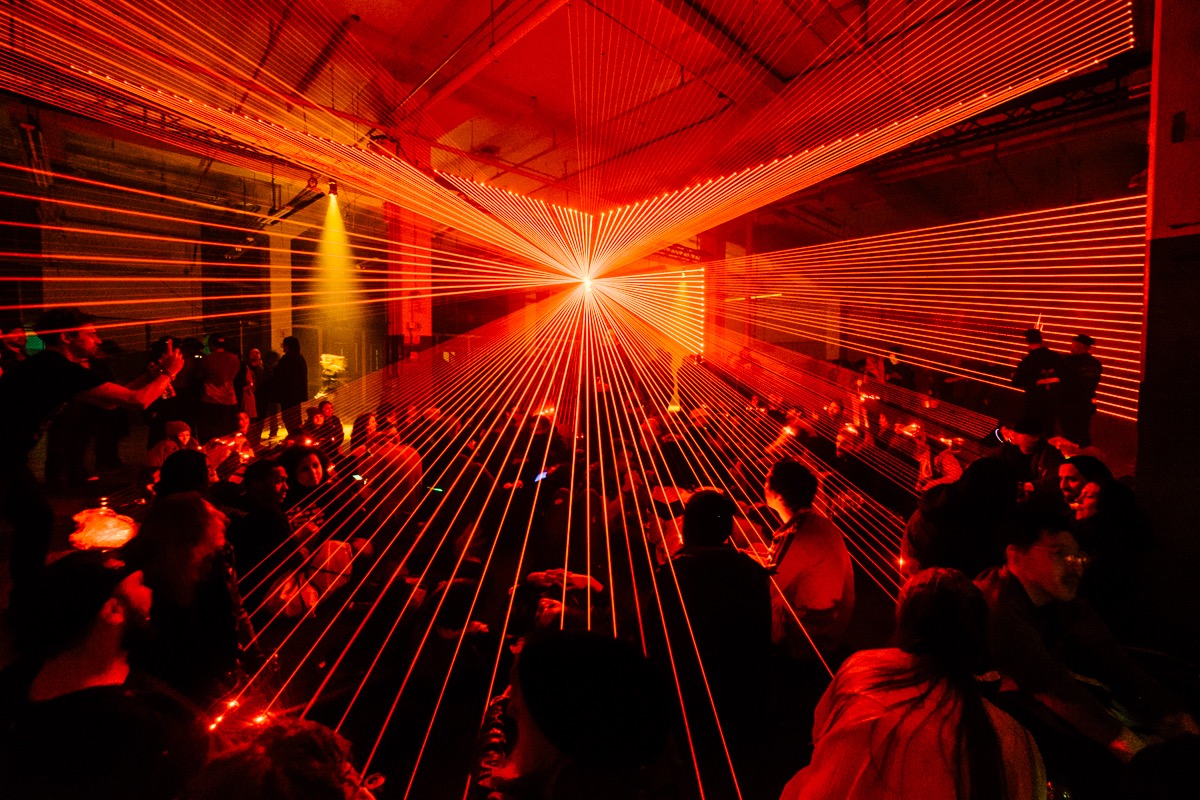 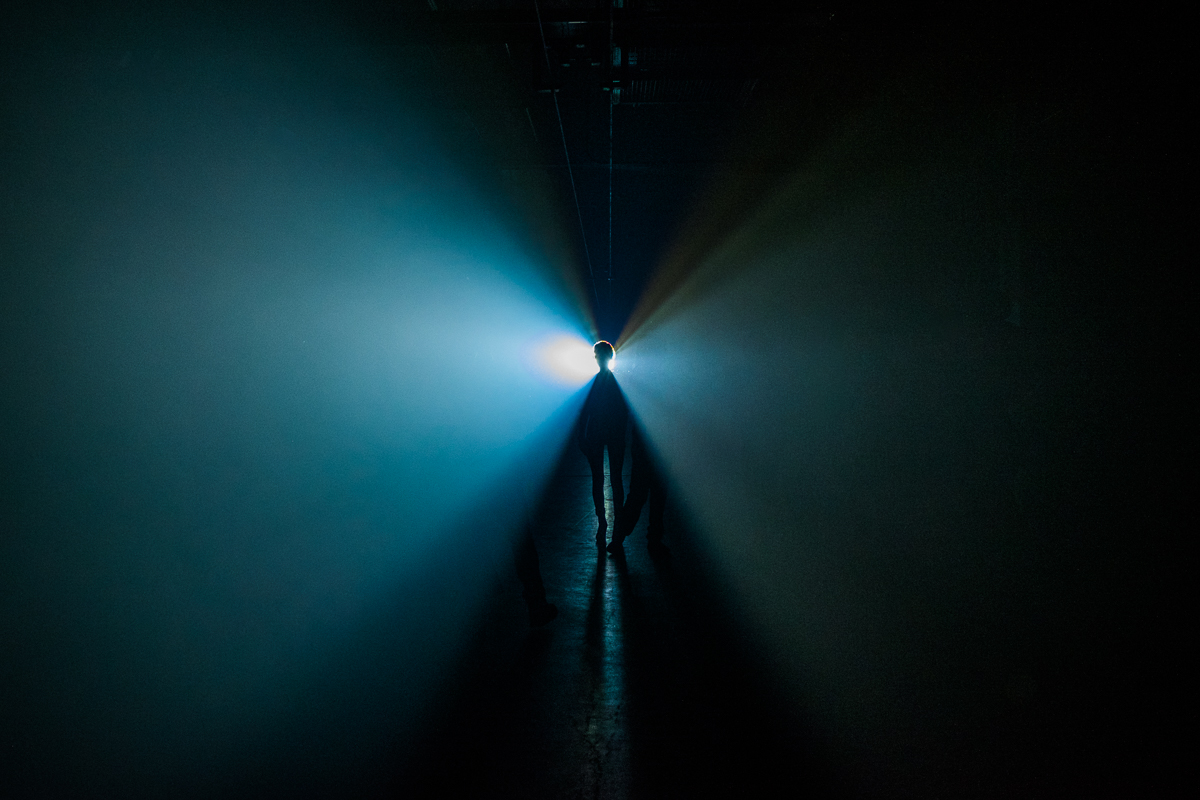 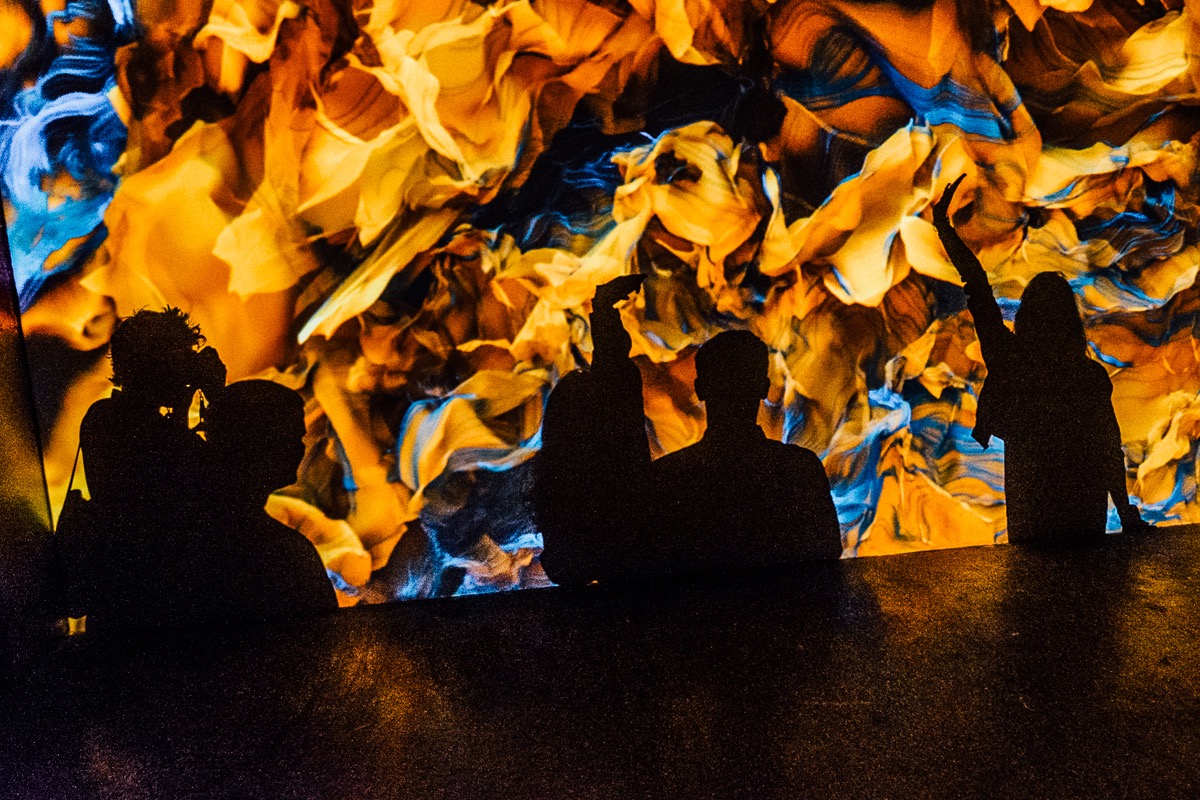 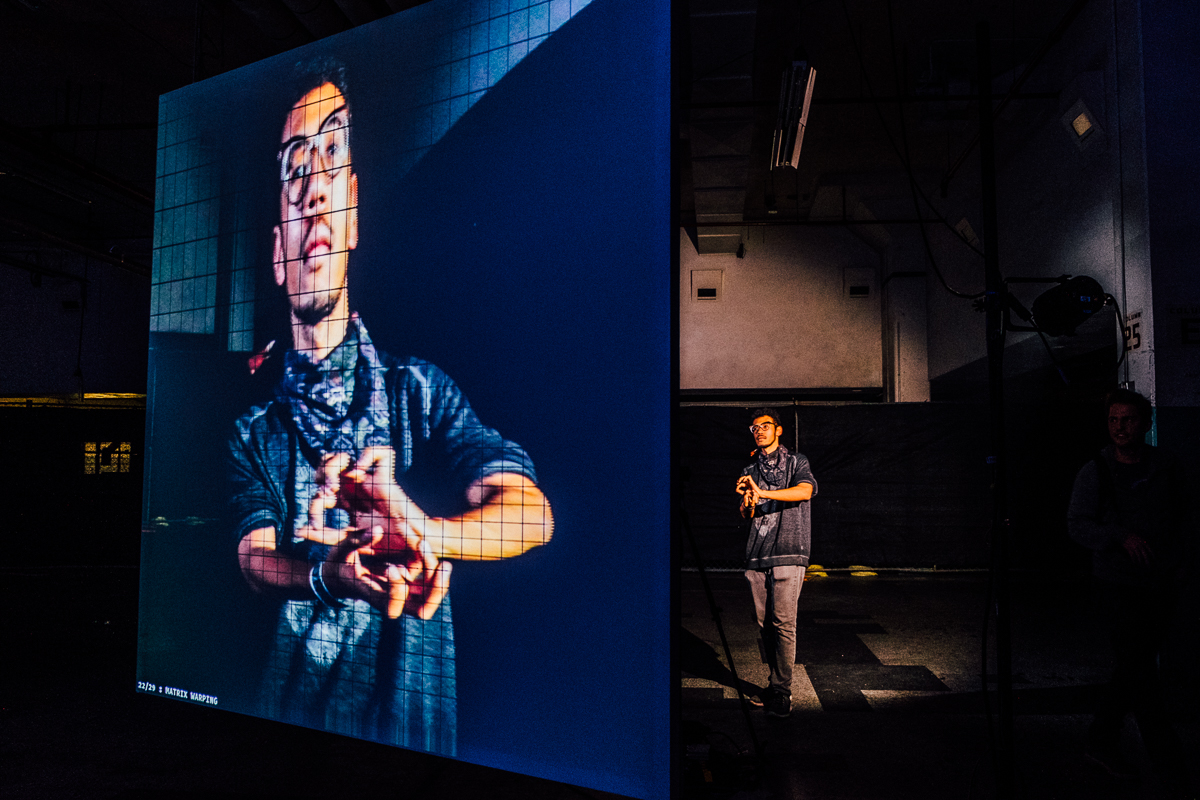 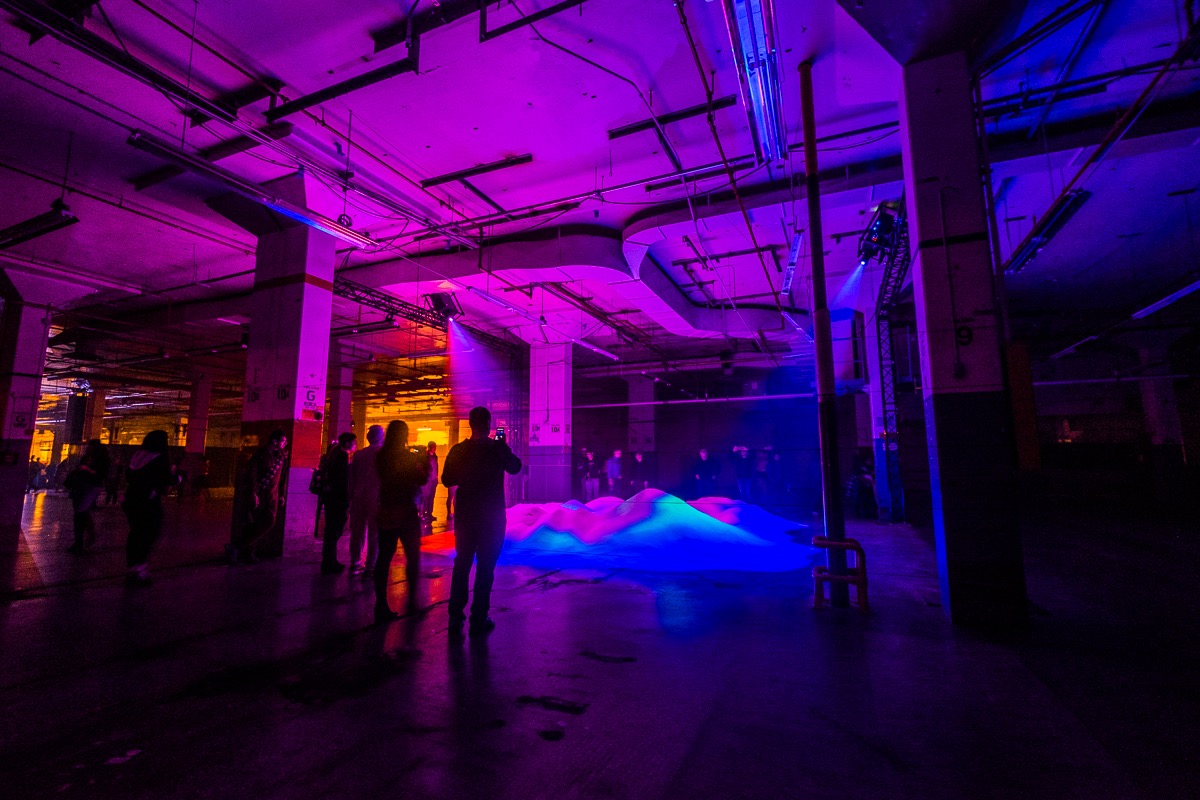 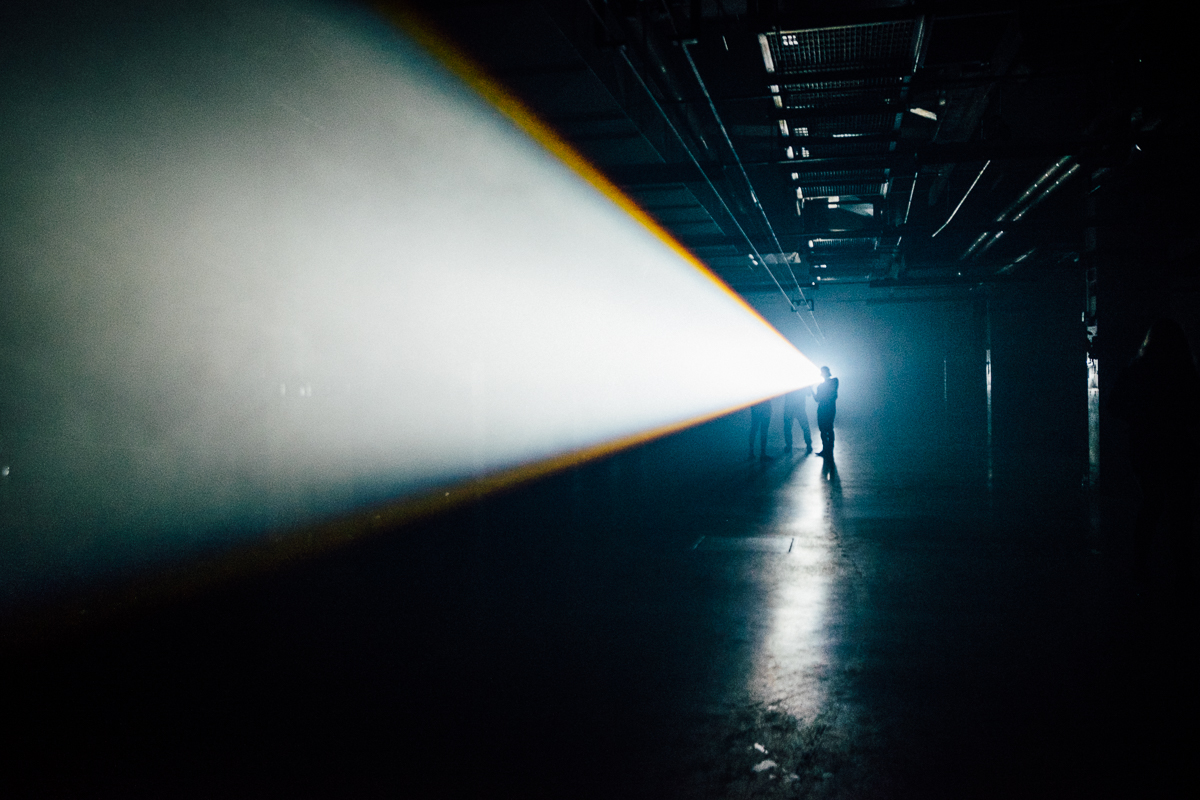