Changes are afoot at Electric Daisy Carnival (EDC) this year – its Sin City flagship now occurs in May instead of June, and festival camping will debut – but what will never change is EDC's commitment to bringing the creme de la creme of all kinds of dance music, no matter the genre, to the tens of thousands of fans who flock to the Las Vegas Motor Speedway every year.

Today, EDC's 2018 lineup dropped, and there is a lot to look forward to. 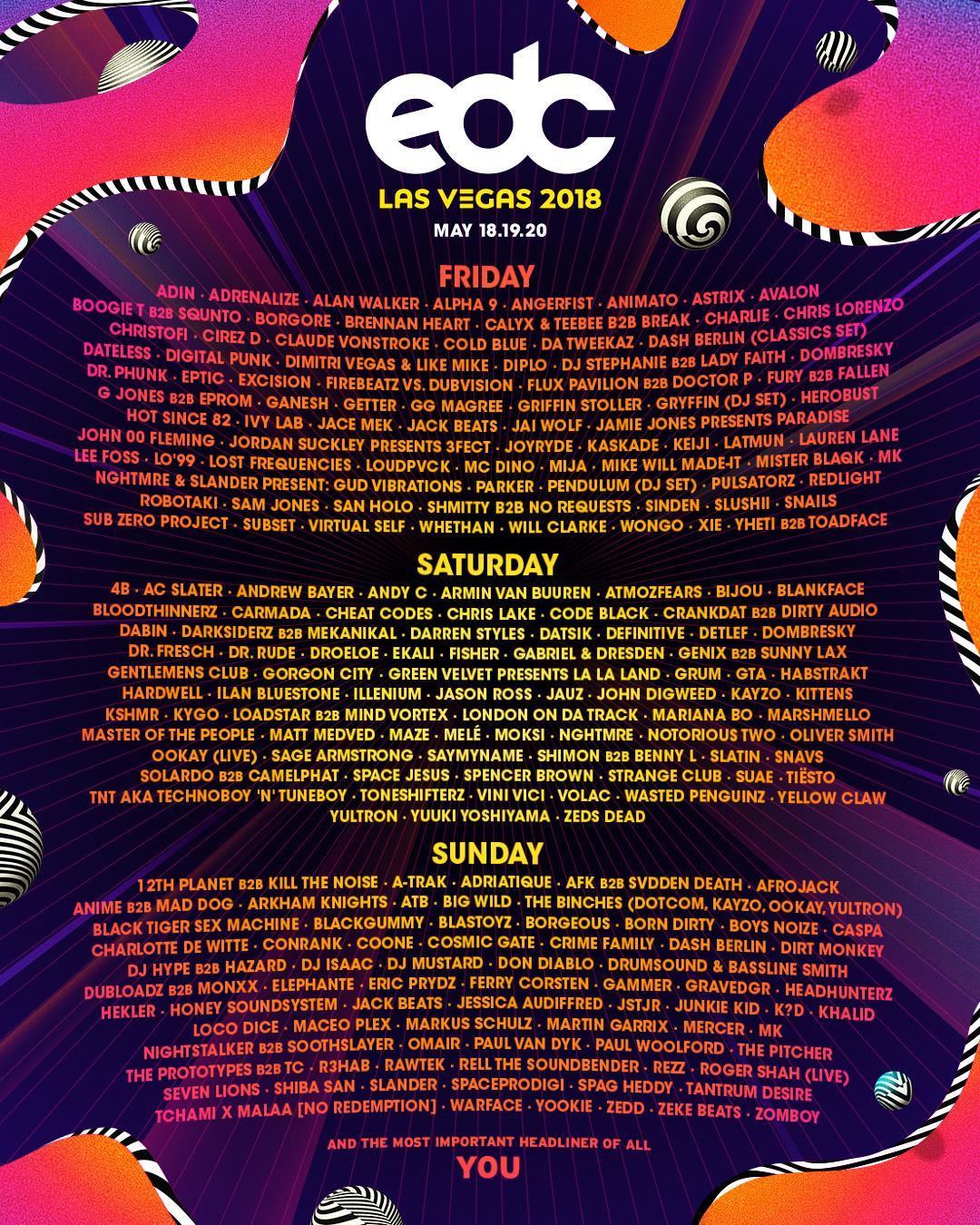 This year's theme is kineticLOVE, essentially an extension of Insomniac's famous ethos of "All Are Welcome Here"; it's also apropos of the fact that EDC's 2018 lineup teasers dropped on Valentine's Day, and a lucky few Headliners were sent heart-shaped Valentine's Day candies sharing sneak peeks of who would play this year.

@insomniacevents + @edc_lasvegas have surprised special headliners with valentine's mailers teasing the artists that will headline this year's event. Whose name do you want to see on a candy heart?? 🍬 ♥ full lineup details + theme at the link: dncgastrnt.co/edc

In a bid to avoid the scorching heat that's a signature of Las Vegas summers, EDC announced in September 2017 that it would stop holding its event in late June and instead stage EDC in May going forward. According to the National Weather Service, in late June, average high temperatures are usually in the 100s, and a heat wave can push them past 110 degrees F. Temperatures in late May are much more conducive to raging, with highs around 94 degrees. 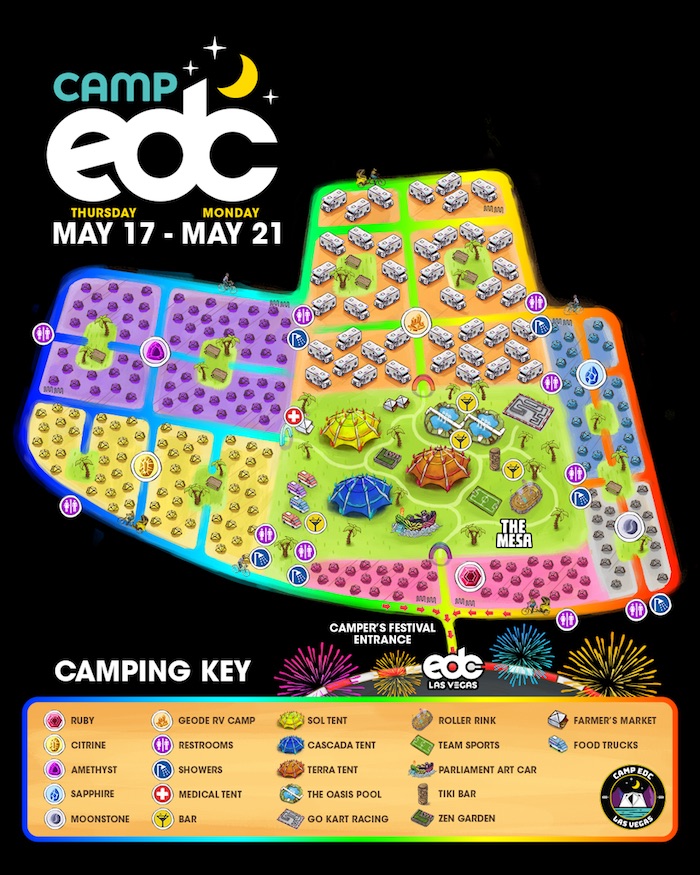 Also new in 2018 is the addition of Camp EDC. For the first time ever, attendees can pitch a tent adjacent to the festival grounds, and keep the party going all night long at the central campground area called The Mesa, "a bustling hub of entertainment, activities, and amenities that campers can enjoy and take part in all weekend long." EDC organizers are building a giant pool for enjoying your downtime (there will also be pool parties, duh), and rolling out tons of activities exclusively for campers such as go-kart racing, guest speakers and stand-up comedy, art cars and installations, a barber shop, kandi making, airbrush artists, rave aerobics, and more. There are also amenities like artificial grass and shaded areas, water stations, a general store and more. There are also upscale camping options available.