Finding Euphoria is Coming Up: Here's Why It'll Be Better Than Ever This Year

Euphoria is often achieved naturally by engaging in social activities such as dancing with friends, interacting with others, and listening to music you love. The natural high we feel from such stimuli, a feeling all too common at festivals, enriches us on an emotional and transformative level – that's why we crave festival experiences year after year. For years EUPHORIA Music Festival provided a space where this natural high is abundant, thanks to diverse, bombastic music and a community vibe in a gorgeous, natural setting just outside of Austin, Texas.

This year, EUPHORIA is different, but no less awesome. It has morphed into Finding Euphoria, and has become a more intimate affair that harkens back to its early days as a beloved, community-oriented electronic music festival on the banks of Colorado River at Carson Creek Ranch. Scaled back to 2,000 campers (last year there were approximately 10,000) and 30 electronic acts (last year there were more than double) this year, the festival is open three days to campers, and two days for those not camping.

"We want to return back to our roots, which was a very community-driven, intimate campout," the Euphoria team told us. "One of our calls to action in the beginning was, 'There are no strangers only friends you haven't met yet.' We felt as though we strayed from that path when we added too many genres and tried to get bigger." 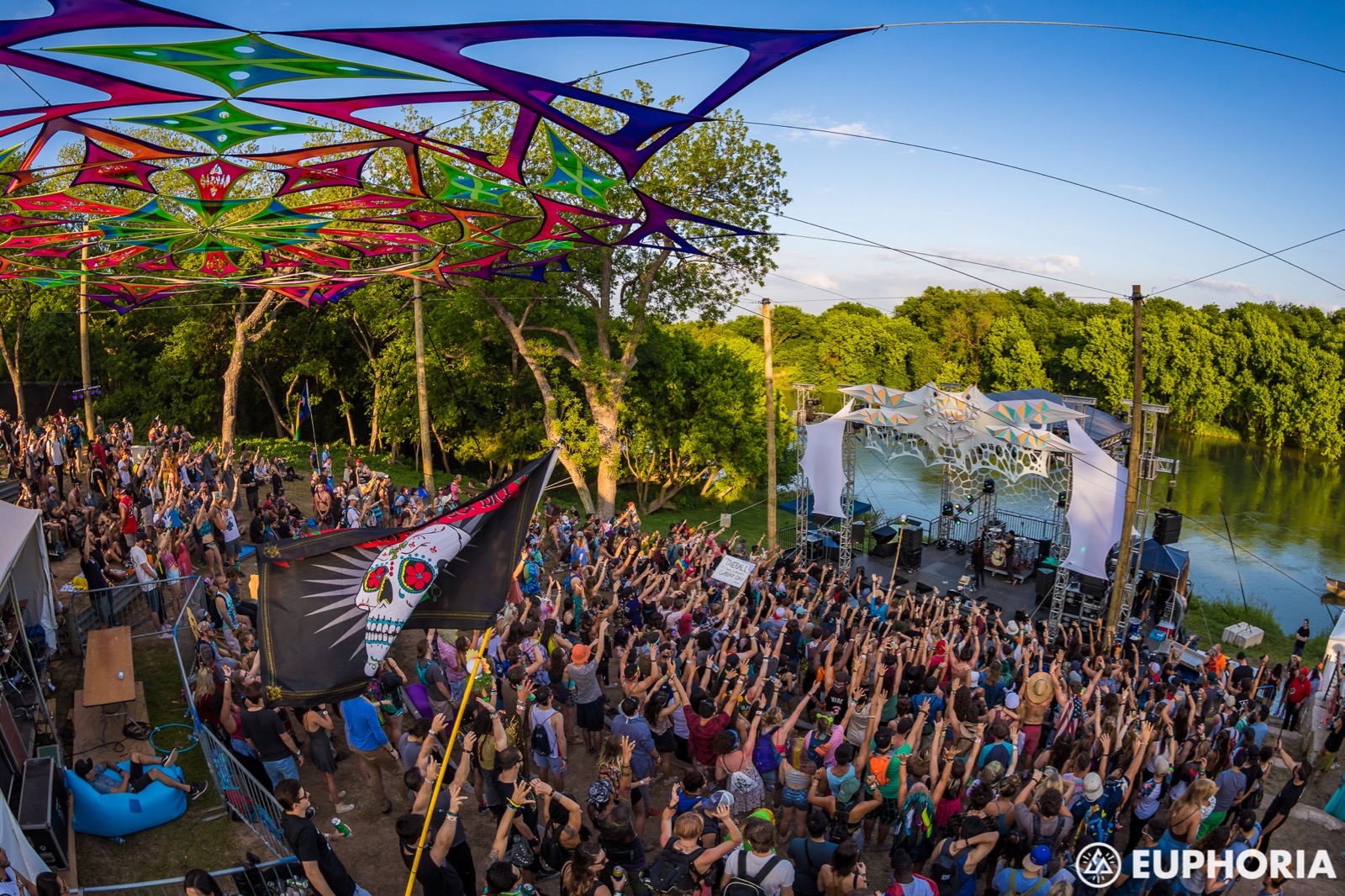 The Dragonfly Stage. Photo by: ALIVE Coverage for Euphoria

On Friday, happy campers will set up their campsites during the day, but once night falls the pre-party begins at 6 pm as live music from New Orleans-style dubstep artist Boogie T and synth-and-bass-heavy act SQUNTO fills the air from the riverside Dragonfly Stage. Saturday is the big day; up to 20,000 people will stream through Carson Creek Ranch's gates to boogie down to music from the Dragonfly Stage and the popular Elements Stage. Dominating those stages is a wild, hyper-curated lineup of favorites such as Gramatik, G Jones, K?D, Hippie Sabotage, Medasin, BLU J, Graves, ATLiens, BlackGummy, Cray, and many more dazzle Euphoria's attendees. 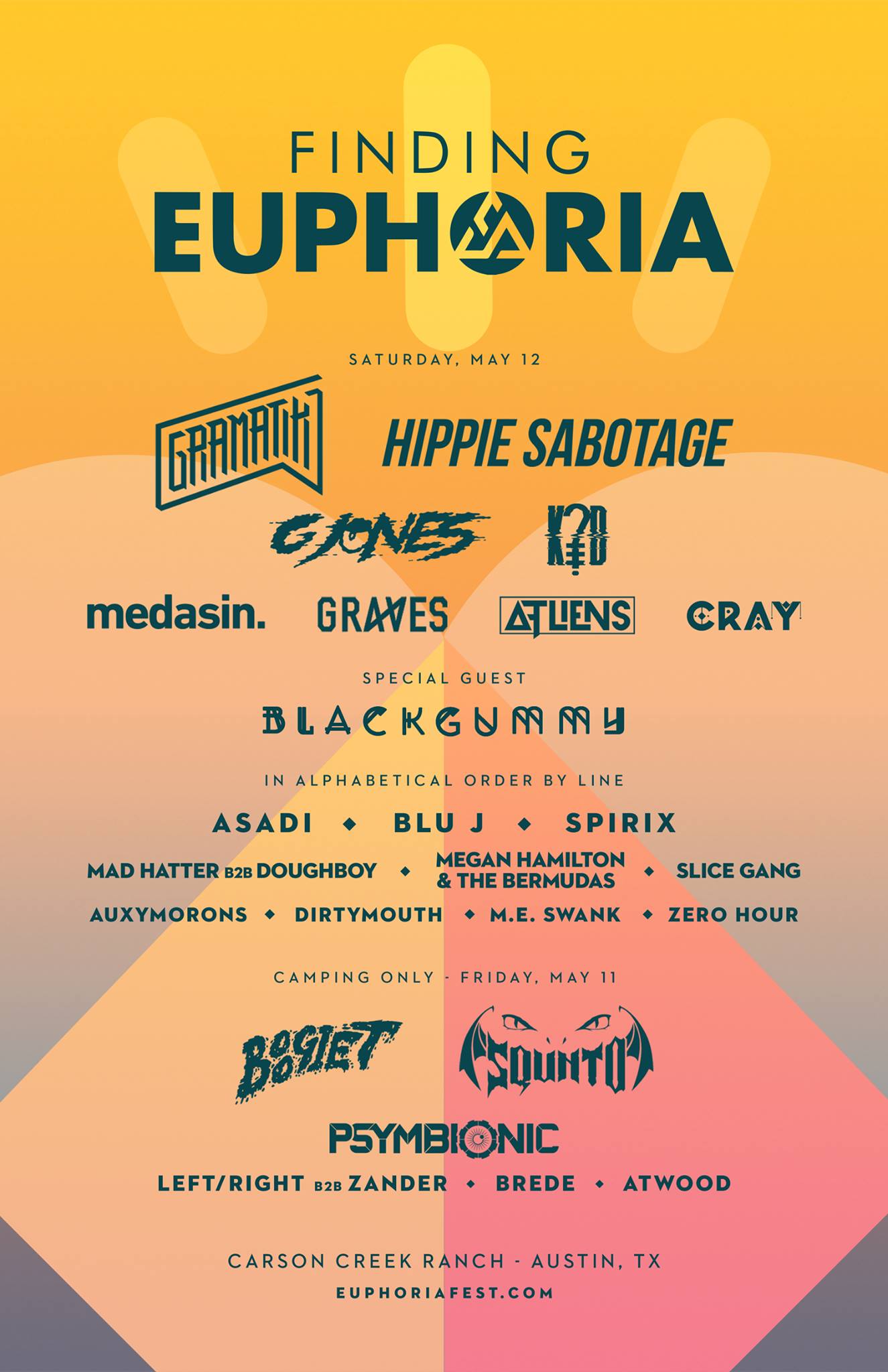 Aside from the music, there is plenty for festival-goers to get into. There is morning yoga Saturday and Sunday, as well as art to explore, vendors to check out, food, and even a fan-run festival fashion show. Euphoria is known for its super fun silent disco, and is also hoping to bring it back again this year. Sunday is a chill day, during which you can hang out at workshops and yoga classes, decompress by viewing art or lounging at your campsite, and reminisce with your friends until the sun sets and it's time to go home again. 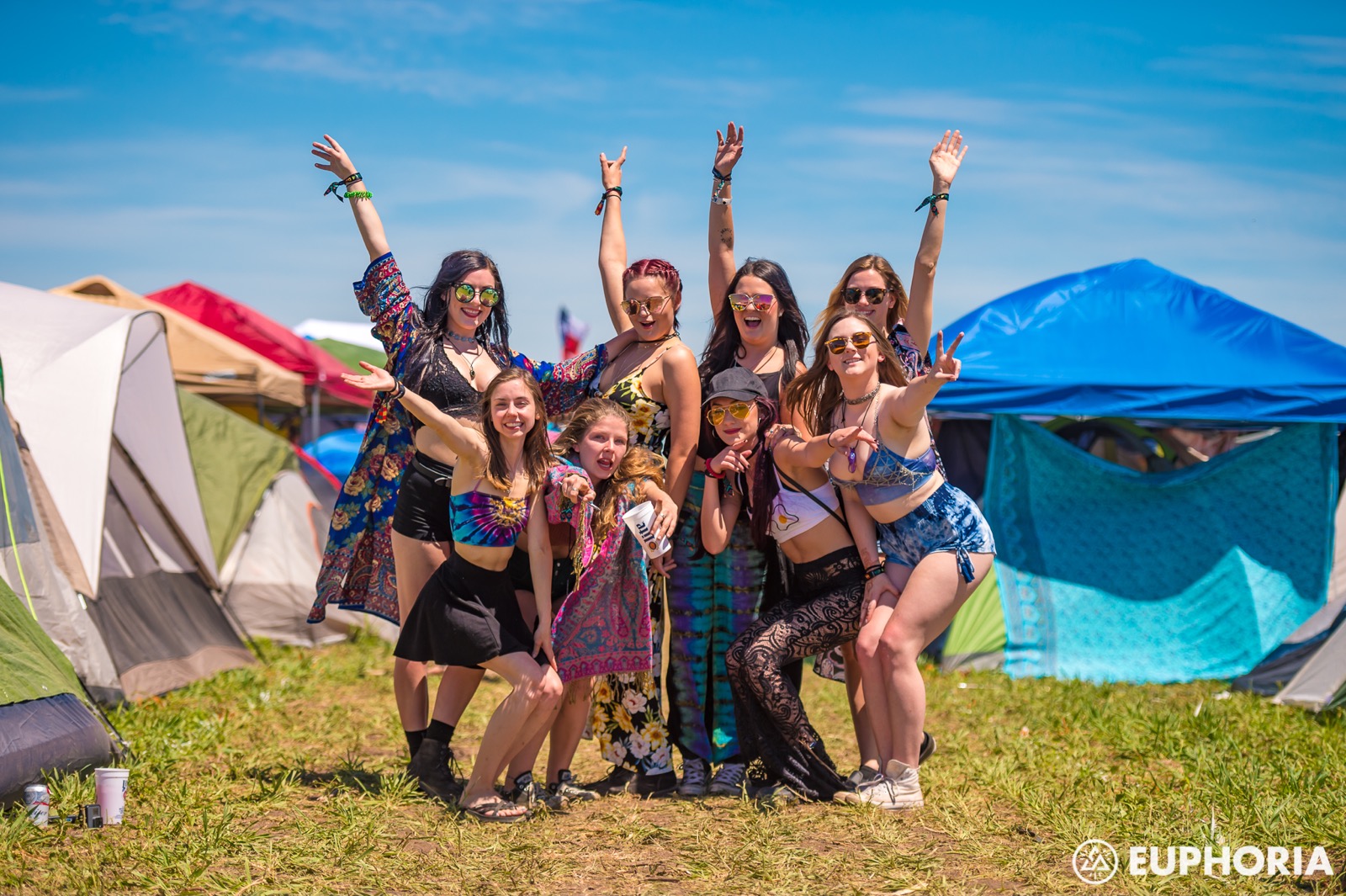 "We want to be a space for creativity, self discovery, and living in the moment," Finding Euphoria told us. With a fresh approach honoring its roots in the Austin EDM scene, it's clear the festival will quickly become that just that.

This article was produced in collaboration between Everfest's editors and Finding Euphoria.

Already have your ticket? Upgrade to VIP for FREE or snag a Series Pass for 50% off. Camp at Finding Euphoria for a fraction of the price at Everfest's Evernest group camp with Everfest Premium!