With a plethora of festivals to choose from across Europe, naturally, some people flock to certain events more than others. Enter the extrovert festival-goer looking to inject a touch of wackiness into his or her festival experience – and how better to do so than to don your best fancy dress gear?

In the UK, fancy dress is the sartorial epitome of self-expression, just like throwing on elaborate costumes that channel your festival persona here in US. Getting into your party outfit and planning it down to the very last sequin is as much a vital part of preparing for a festival as making sure your tent doesn’t resemble a slice of Swiss cheese. From futuristic planets to pirates, animals to Yellow Brick Roads, read on for the best fancy dress festivals to bring some sass to in 2017.

A Mecca for the fancy dress afficionado, this big British celebration of all things loud, colorful and crazy is held in high regard by both festival and costume lovers. With each year bringing a different theme (previous themes include Desert Island Disco, Summer of Love and Freaks Under The Sea) the patrons' attire perfectly complements the meticulous, imaginative and hand-crafted decor throughout the festival site. Coupled with one of the most eclectic and all encompassing music lineups, featuring emerging acts alongside the best in the world, Josie and Rob Da Bank's Bestival Experience is all about the weird, wonderful and the unknown – a pure celebration of life in all its funnest glory. Stay tuned for this year's festival theme. 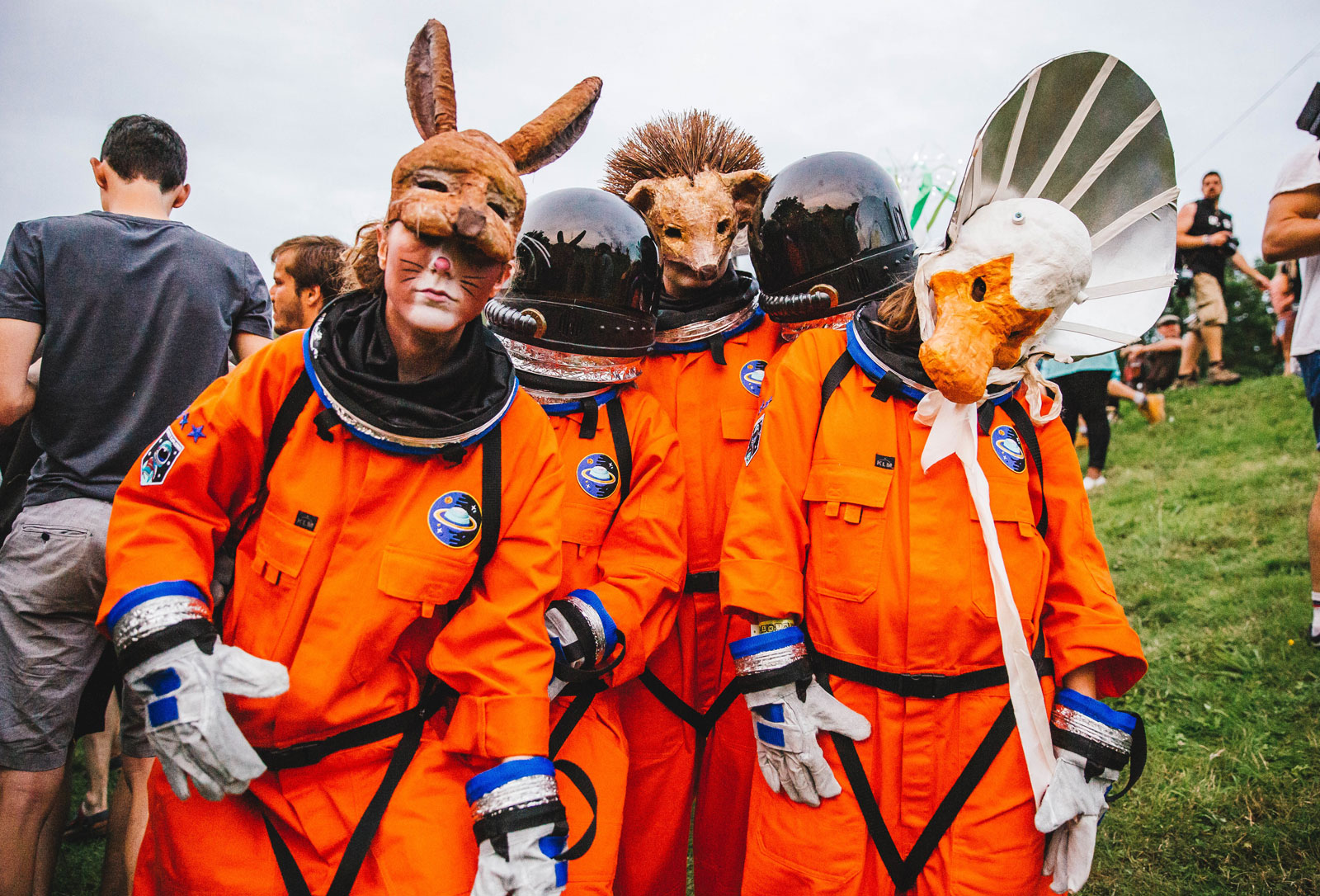 Colourful, vibrant and psychedelic, the Secret Garden Party is set in a wild paradise, nestled deep within the beautiful British countryside. Described by some as a Burning Man -style party (but with grass and water), revelers follow an annual fancy dress theme and become "Gardeners" in the process. Now in its 15th year, SGP has become known as one of the most fun and sought-after summer festivals in Europe that's grown from a small gathering in 2004 that housed just 1,000 revelers into one that accommodates nearly 20,000 Gardeners. With previous themes including "Goodbye Yellow Brick Road," "The Gardeners' Guide to The Galaxy" and "Childish Things" your wacky interpretations are what makes SGP so special.

An immersive festival that grew from secret beginnings to one of the most awe-inspiring in the UK, Boomtown Fair is split into nine vividly dressed, distinctly different "districts" in the festival's own mini-city. Encompassing theatrics, art installations, entire streets and a full spectrum of cutting-edge music, eccentricity is the norm and anything goes within this densely populated, adult version of Disney World. From District 9 to The Wild West, to Chinatown and Mayfair Avenue, prepare for four days and nights in a completely different universe.

Snowbombing prides itself on its world-class location, snuggled up in the lofty peaks of the Austrian Alps and planted right at the end of the winter ski season, and its mix of extreme sports and raving. Expect to see troupes of Super Mario Brothers roaming the resort streets, a vicar on skis and Teenage Mutant Ninja Turtles raving out to the likes of Andy C and David Rodigan. The jewel in Snowbombing's rather silly, lop-sided crown is that it hosts a full-on street parade halfway through the week, maintaining a crooked carnival atmosphere complete with floats, fancy dress and tens of thousands of people who have been enjoying the pleasures of "apres ski" all morning.

Shambala is a four-day trip into the wild, where around 15,000 people take advantage of a space where self-expression and uninhibited joviality are encouraged to the fullest. The organizers promote unity, creativity, inclusivity and accessibility to all ages, races and genders. Because of this, there’s a strong hippie element, lots of theatrics, acrobatics and performance, as well as art installations and bold production everywhere you look.

On the fancy dress tip, there is also a huge parade over the weekend, with prizes for the best outfits. As you can imagine, this brings out the very best in people’s imaginations and you’ll encounter some of the most bizarre, hilarious and inventive costumes you’re ever likely to see in one sitting.

Fancy dress isn't all about sunshine, glitter paint and leotards. Sometimes it’s about giving two fingers to the establishment. Welcome to Bang Face, the UK's loosest and most unpredictable three-day bash. From its beginnings as a monthly club night in London focusing on drum and bass, acid techno and other forms of uncompromising electronica, it grew to become one of the most outrageous and downright fun three-day festivals, now set in a holiday park in Southport, northern England. Prepare to witness the most outrageously dressed hippies dancing to Squarepusher, chemical suit-clad ravers jamming to DJ Hype and groups dressed as mice dancing feverishly to, erm, 2 Bad Mice. Signs, inflatables, masks and more are handed out at will so make sure your costume is top notch and Saint Acid will ensure you are supplied with the rest. Bang my face.

KaZantip is a law unto itself – and we mean that quite literally. A three-week-long festival that started on the island of Kazantip, Crimea, it maintains its own structural system, presidents, rules, a "Minister of Happiness" and even its own national colour (orange). However, after a rocky couple of years and regional unrest in its home locale, in 2017 Kazantip is moving – but with sparse details given about the new location other than it will be "in 'the Black Sea." Nevertheless, the island of KaZantip invites you to discover the next chapter in its rogue history. Judging from previous years – which offered 24 hour music, hidden communities, beachside bars and heaps more self contained craziness – it's guaranteed that KaZantip will offer an experience like none other, wherever it may decide to call its home.

Tomorrowland maintains its claim as the largest dance music festival in the world and one of the most extroverted to boot. Taking place in Boom, Belgium, this ten-day party encompasses every style of music, from hard dance and Hana, to deep house and dubstep. What makes the party even more special, though, is its focus on the wild and whacky, with patrons going all out in their party pieces. Think 180,000 charging characters, dancing in amongst twelve-foot sunflowers and biodegradable castle stages that are blown to smithereens at the festival's end. What more could you want?