Fes Festival of World Sacred Music: Why I Went

You can tell a lot about a person and a festival by the alchemical reaction that happens when you share that you’re going to a particular event. Burning Man tends to elicit some of the most extreme combustions – positively and negatively – from those who’ve never made the trek. Similarly, when I told those I knew that I was traveling to Fes, Morocco for north Africa’s most celebrated festival, it was an immediate litmus test for a person’s cultural curiosity. More than a few people toggled to, “Will you feel safe there?” or “You’re traveling halfway around the world to listen to church music?” 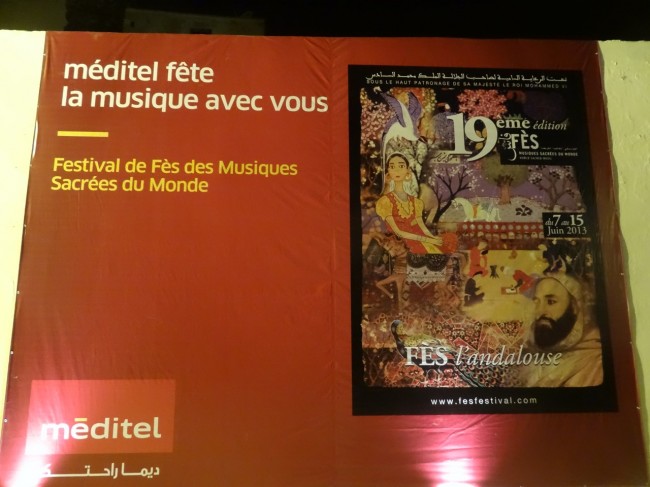 Ironically, at the primary concerts of the World Sacred Music festival, attendees were required to walk through a metal detector machine. Just one more reminder that being sacred also requires being secure. I arrived in Fes and my Relais & Chateaux hotel, Riad Fes, just an hour before the opening night show – after flying from Beirut and driving from Casablanca. Fortunately, the walk to my guest room at my historic inn reminded me why I love Morocco so much. 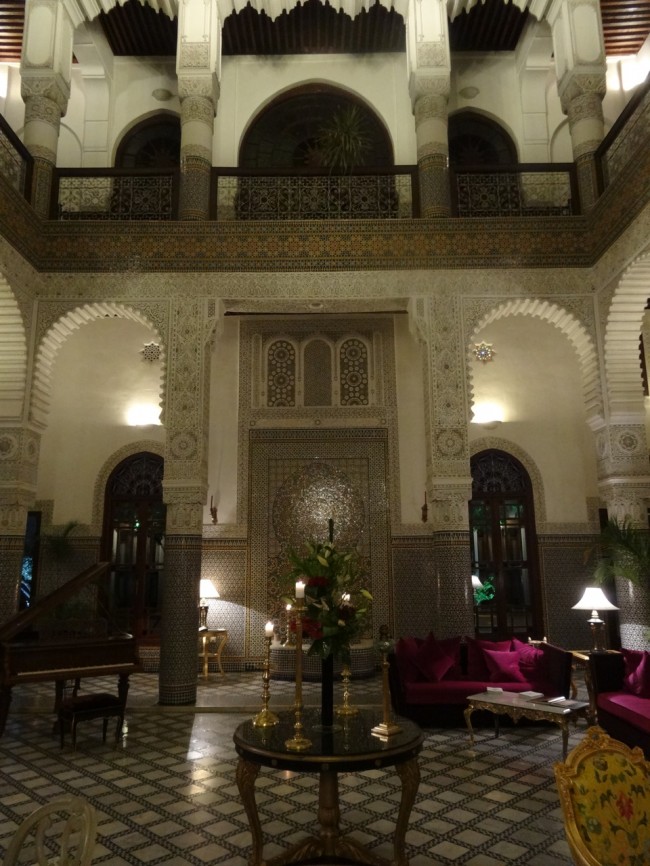 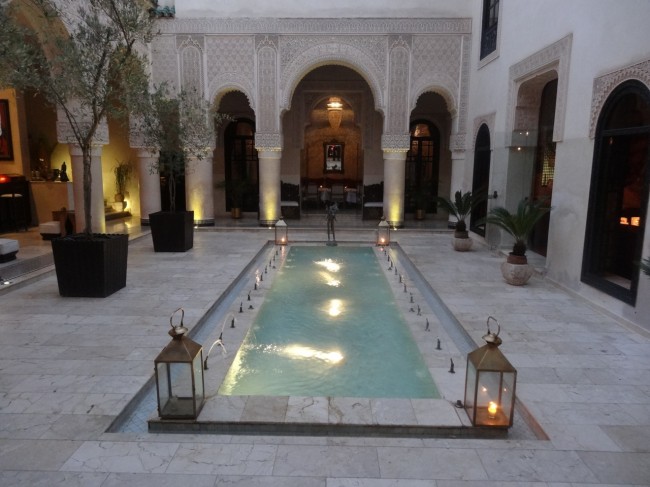 A brisk, ten-minute walk to Bab Al Makina, the main venue, and I arrived just as Morocco’s Presidential motorcade was about to pull up (and my camera was slapped out of my hand by a security guard). 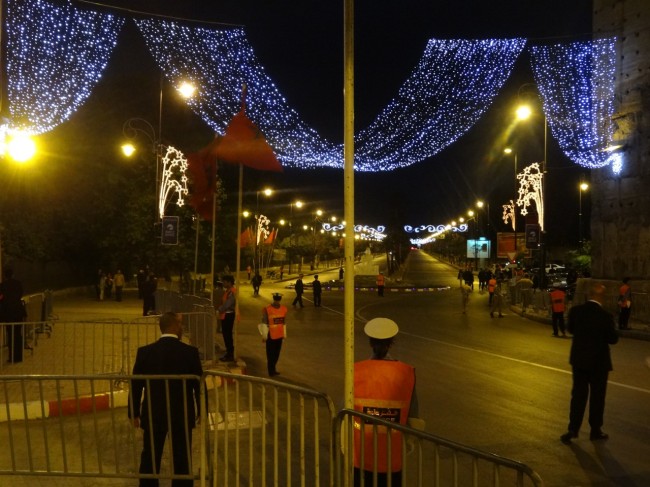 I was clearly a little underdressed for the 19TH anniversary opening night festivities. This cosmopolitan, primarily French-speaking Mediterranean crowd looked like they might have jumped over on a charter flight from the Cannes Film Festival, which just wrapped up a couple weeks earlier. Regardless, I felt like I was in the perfect place to experience cultural curiosity at its best. 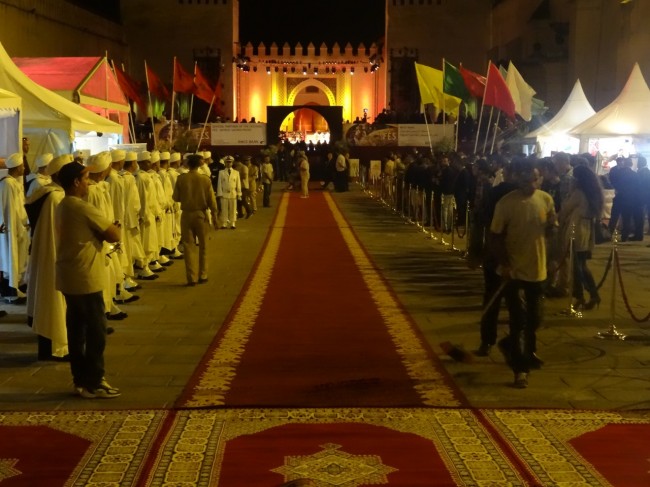 As the King of Morocco said in dedicating the festival, “The Kingdom of Morocco boasts a richly diverse, multi-faceted history, successfully forged together by its people, who have managed over the centuries, to build a deeply-rooted nation based on a commitment to lofty values and a long-standing tradition of respect for the Other….”

Yes, Morocco has been that rare country in the region that has created multicultural respect, which has led to a beautiful cultural mosaic that’s relatively harmonious. I can’t make that boosterish statement about a few other countries in the region that I’ve visited recently: Turkey, Israel, Lebanon, and Egypt. As a “curious white boy” who went to an inner city public high school that was almost evenly split among black, white, Asian, and Hispanic teens, I treasure finding a habitat like this (my well-regarded high school also had metal detectors and guards at its two entrances). So, this combination of danger and tranquility felt both real and heavenly to me. I settled into my chair with a big smile on my face and marveled at the inaugural act of the evening. 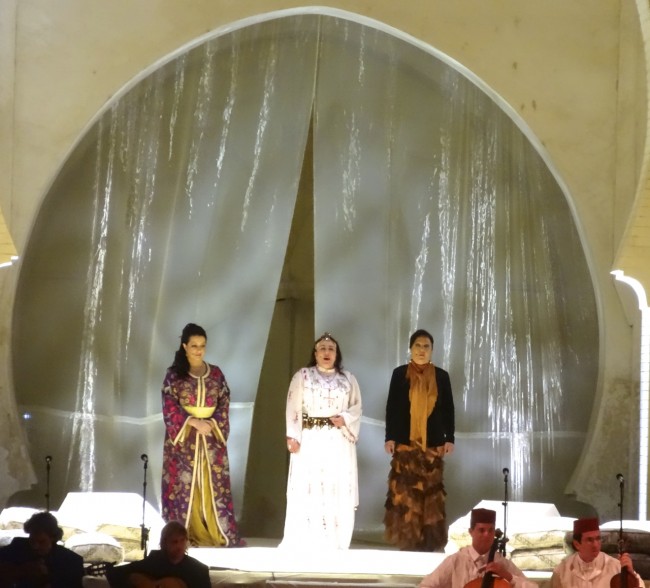 The theme of this year’s festival was Andalusian culture, a melting pot of east and west, rural and urban, with people from the different Abrahamic faiths communing together. A true cult of femininity reached its high point during the Andalus period (from 8th to the 15th century) so it was perfectly fitting that my favorite part of the night was three women on stage creating a heartfelt vibration that had the audience swooning. With the men playing percussion amidst the pillars eighty feet above the stage, there was a sense of courtly love emanating from the 700-year old courtyard of Bab Al Makina. This video will give you a flavor of what it felt like: 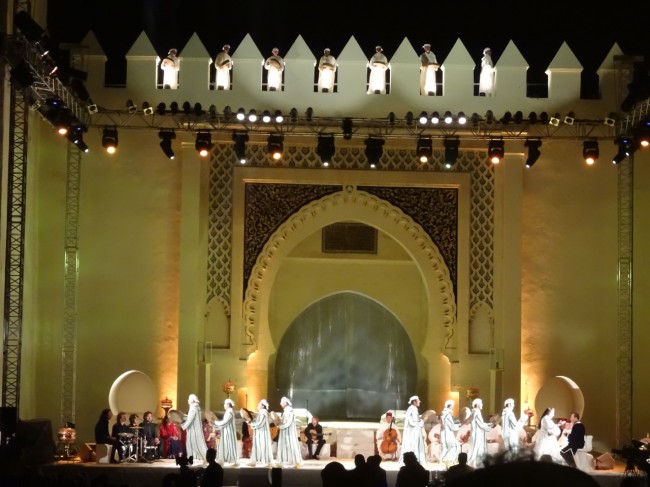 The whole evening was a cosmic oasis for my soul. And, as I felt the pulse beating inside this large courtyard, I reflected on the fact that the architecture of the Moroccan riad, with its protective walls and patio open to the stars and infinity, was a perfect metaphor for both ancient and modern culture. We protect ourselves from the perceived agitation or potential tumult from the “Other” outside our thick armor. While inside those walls (as was certainly true in my riad) lies beauty, love, and tranquility. Over and over again, this was the theme I experienced as I walked around Fes including the lovely Kassr Annoujoum (Palace of the Stars), a place of intercultural dialogue (depicted below) just around the corner from my hotel. 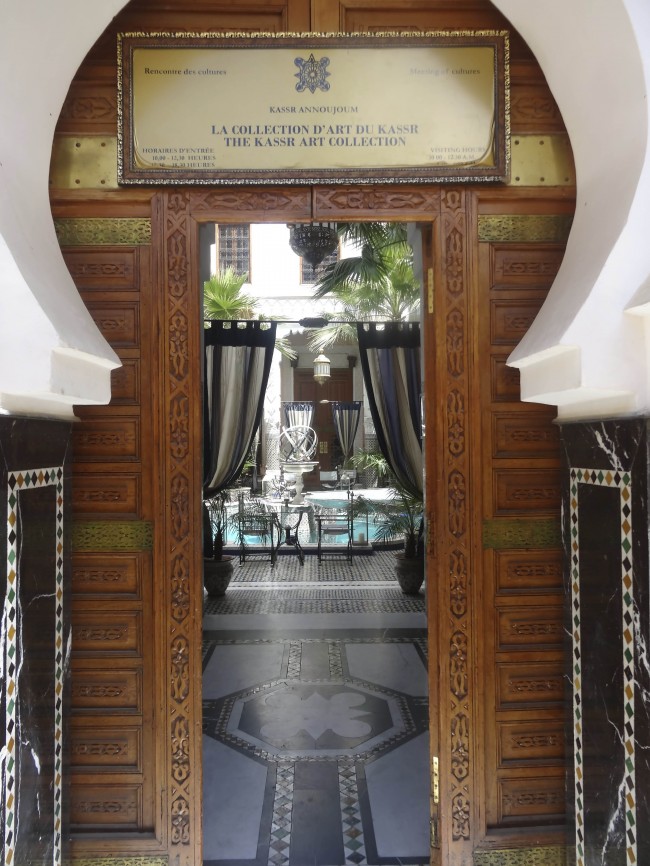 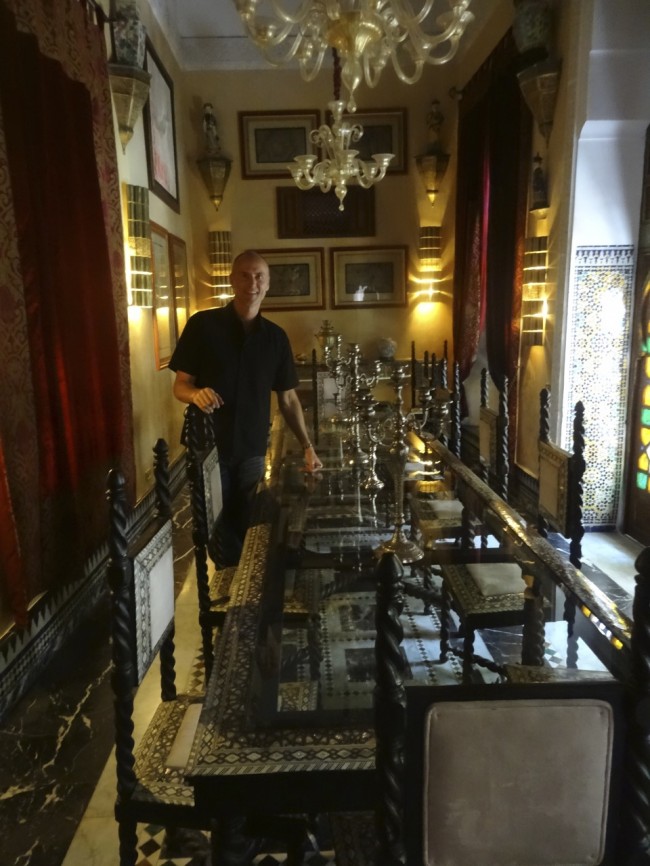 What’s sacred about this festival isn’t the music, it’s the collaboration. It’s the fusion of Himalayan musicians with those from the Mauritanian desert, Bengali ragas joining in Gospel singing with those from South Africa, and an Eastern Orthodox Aramaen choir synthesizing with those from the Alfama distract of Lisbon. My only regret isn’t staying long enough to see Patti Smith later in the week. The title for the Opening Night celebration was “Love is my Religion.” I can’t think of a more exquisite way to describe the purpose of the World Sacred Music festival.