“I’ve been DJ-ing for nearly 40 years. If I retire now, it would all have been for nothing. So I will probably die over the turntables, or over the CDJs, or over my computer. That’s when I’m going to retire.”

You might consider a man predicting the nature of his own death to be a morose human being, given to lengthy spells of self-introspection and dour scribbling in a wine-streaked notebook on the banks of the 19th-century Seine. Could this be arguably the world’s most beloved DJ, known for the brevity of his gap-toothed smile, and a man who’s helped bring dance music to a worldwide festival audience? Carl Cox, quoted here from an interview with Cream magazine, has always been a man who’s danced to his own beat. 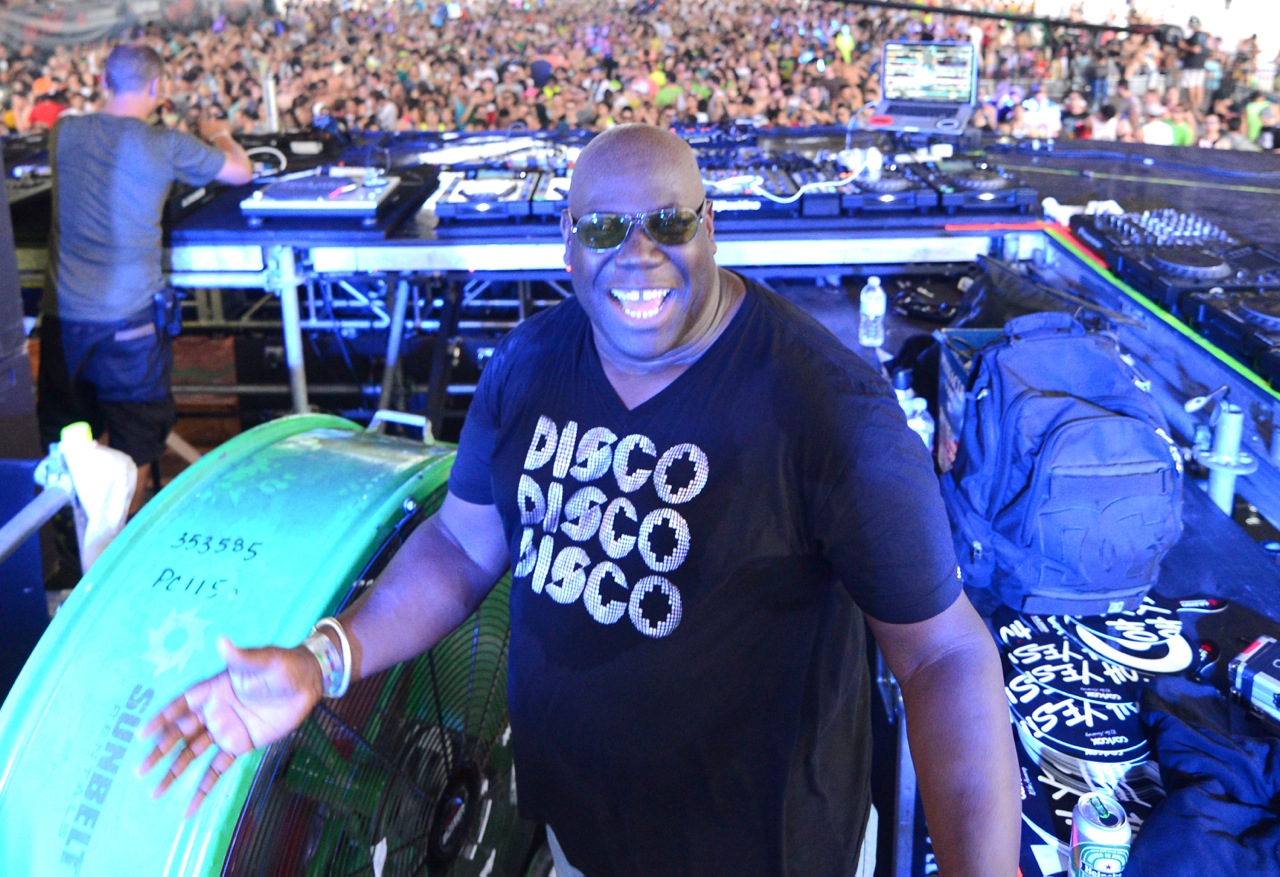 Cox’s love affair with nightclubs started when he was just a kid; he’d enter (and win) disco dancing and ballroom dancing competitions. But it was when he stepped off the dance floor and got behind the decks that he found his true calling. His dad and friends would get him to play them music, knowing he had great knowledge. At 15 he bought his own decks and became a mobile DJ, specializing in disco initially before moving into electro and hip-hop. But as the eighties wore on, Chicago’s house music and Detroit’s techno were adopted by a worldwide audience, as well as UK-bred superstar DJs like Paul Oakenfold and Pete Tong. Both men were instrumental in Carl’s career – in fact he ran a night called The Project with Oakenfold way back in the late eighties. One of the defining moments early on in his career was one of his many appearances at Sunrise, the infamous illegal rave, where he played on three decks, establishing a rep for technical wizardry as well as quality music selection. 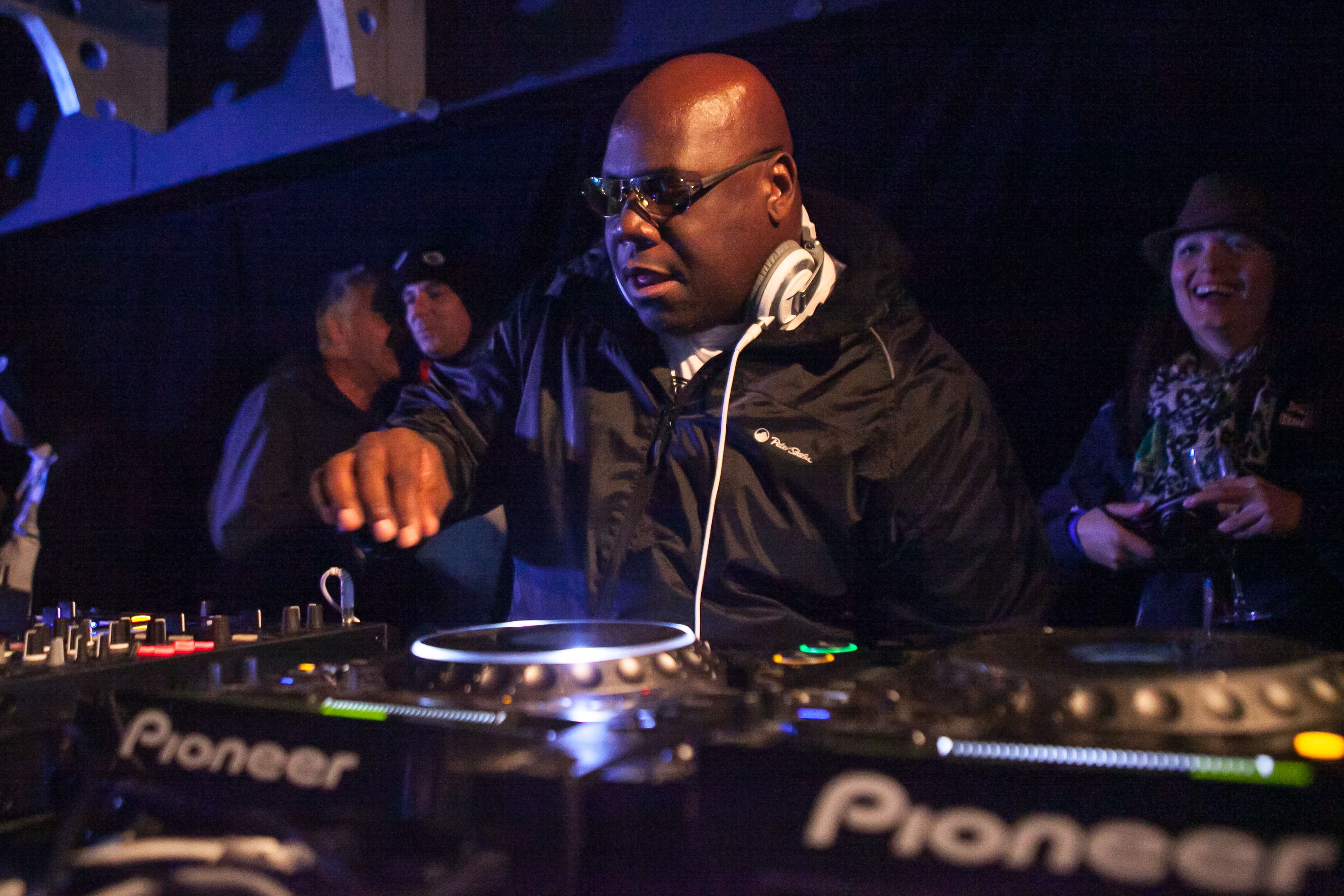 Now in his mid-50s, he’s most well-known for epic, unrelenting techno sets and a commitment to never playing to the gallery. “I think some DJs are worried they will look like rubbish if they don’t play the same thing they’ve been playing for the last three or four years on the Main Stage,” he told Dancing Astronaut. “The tracks you love the most are the ones you don’t know. It’s that experience of discovery — that’s why you go to a festival. There’s been plenty of debate about this; why would you go to a festival to hear a bunch of music you already know?”

Over the course of his 40-year DJ career, the Barbadian-born gentle giant has played at every major festival on our green earth; from Tomorrowland, to Glastonbury, to Awakenings and The BPM Festival. But his most profound influence has been at Ultra Music Festival in Miami; for the last 13 years he’s curated the Carl Cox & Friends arena, which pulls in new and established names to ensure an uncompromising rave in the heat. Since Carl Cox & Friends became part of the furniture, Miami Ultra’s attendance has swelled from 48,000 to 165,000, with its legend cemented last year when DJ Mag named it the world’s best festival. 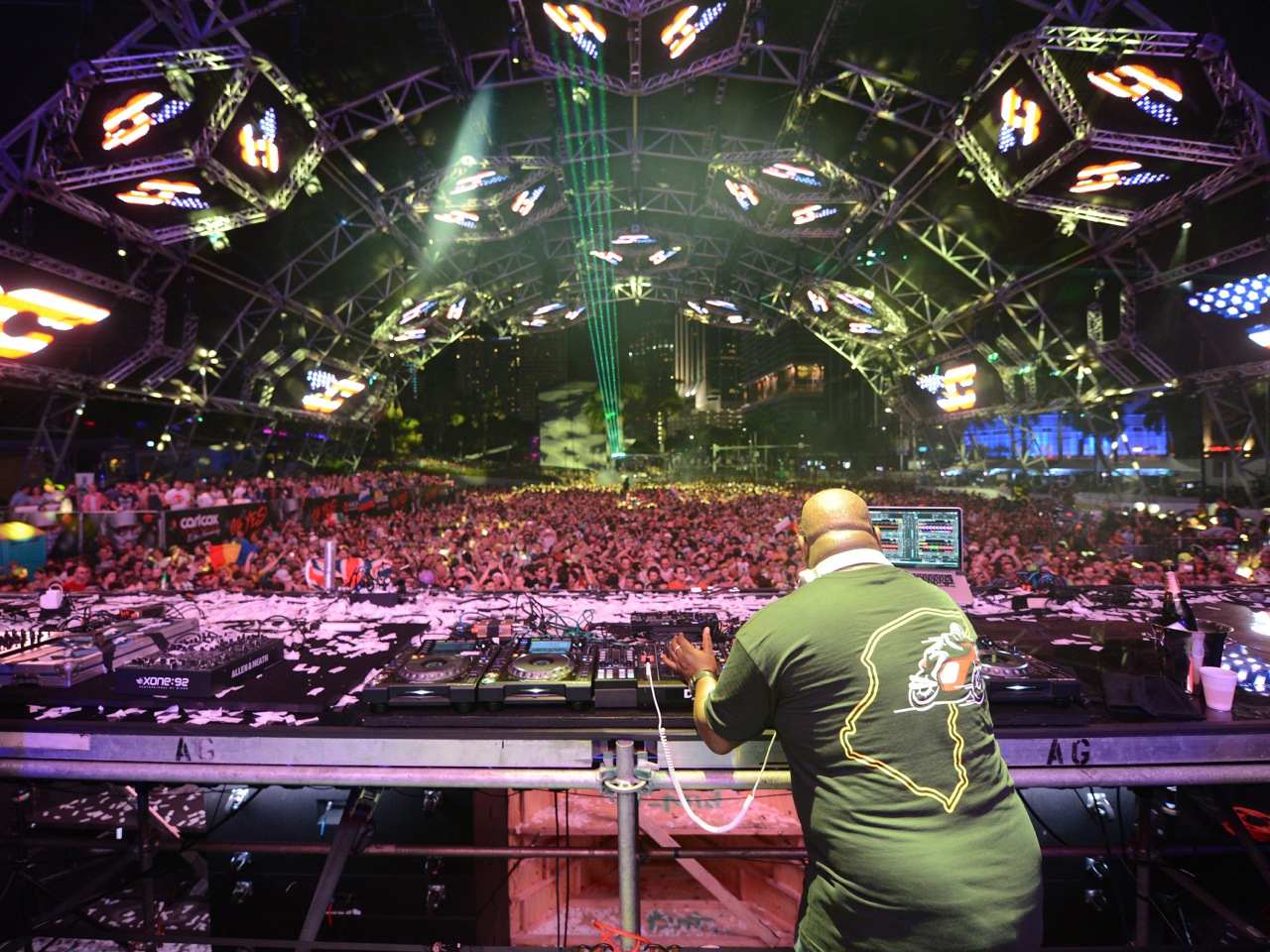 “Every artist you see on my stage are guys I’ve been a fan of and have seen play in their own right,” he told Dancing Astronaut. “They play from their hearts and souls and that’s what makes it interesting for me. Every year I want to give people the best lineup that I know. I handpick them all and I ask them to come back every year if they can.”

Nowadays, it’s not just Miami Ultra that gets the Carl Cox & Friends experience; it’s a continent-straddling festival brand in its own right which has played at Ultra Europe, Tomorrowland, Electric Daisy Carnival Las Vegas and a host of others. It brings definitive and forward-thinking dance music to audiences that might – if it weren’t for him – be more likely to stick with the same old, same old.

Carl is also a regular face at Burning Man where he recently set up his own camp, Playground, and can often be found in some hidden corner of the Playa spinning funk, soul or disco, as well as dropping huge techno bombs at some of the bigger stages across Black Rock City.

In 2016, Cox launched his own festival in Australia, called Pure. Now going on two years in Sydney, Melbourne, Perth, and even New Zealand, Cox is using his clout in the industry to assemble incredible performers such as Adam Beyer and Eric Powell, as well as other techno and house professionals for the bespoke event.

But, of course, it’s not just festivals where you’ll find Cox playing. His nightclub history reads like a who’s-who of legendary venues: The Hacienda, Heaven, Space, you name it. His 15-year residency at Ibiza’s superclub Space was a pillar of the White Isle’s dance scene and, when he finally brought the curtain down on his time there last year, he finished with an epic 10-hour set that included guest spots from the likes of Popof, Nic Fanciulli and DJ Sneak. It was a landmark, emotional moment with end-of-an-era vibes…at least until it was announced that he’d be back for a series of shows this summer at Hï, the club that has taken over Space this year. Plus he’s been spinning at Privilege and guest at Loco Dice’s HYTE event this August to celebrate Loco’s birthday in style.

Although he is the King of Ibiza and is arguably responsible for some of the most epic festival sets of all time, Cox always stays focused on supporting his fellow DJs. He told Pulse in 2016, "I want to get people to understand that there is a camaraderie between all of us as DJs. Nobody’s really number one, nobody’s really number 10 or number five or number 100."

As a stalwart of the underground electronic music world for three decades, as well as being one of the nicest people in the business, a tireless hard worker and a festival powerhouse, Carl Cox is a legendary festival all-star. Oh yes! Oh yes! Oh yes!