Claude VonStroke Demands You Shake Your Booty at Dirtybird Campout

Bahm. Barrrrrrrrruuuump. How else do you start talking about Claude VonStroke other than with pure, funky, off-the-wall sound? After all, that's why the world loves him: There's nothing like a VonStroke set to get you moving with blissful abandon and goofy joy.

You can’t miss the 45-year-old DJ and head of the Dirtybird label these days. Not only does Dirtybird boast some of the best talent in house, funk and dirty bass, but VonStroke himself pretty much DJs every weekend somewhere in the world, is a staple on the festival circuit, and helms the ridiculously fun Dirtybird Campout, which takes place this weekend in Silverado, California. Oh yeah—he’s also just been crowned America's Most Popular DJ, beating out folks like Kaskade, The Chainsmokers and Bassnectar. 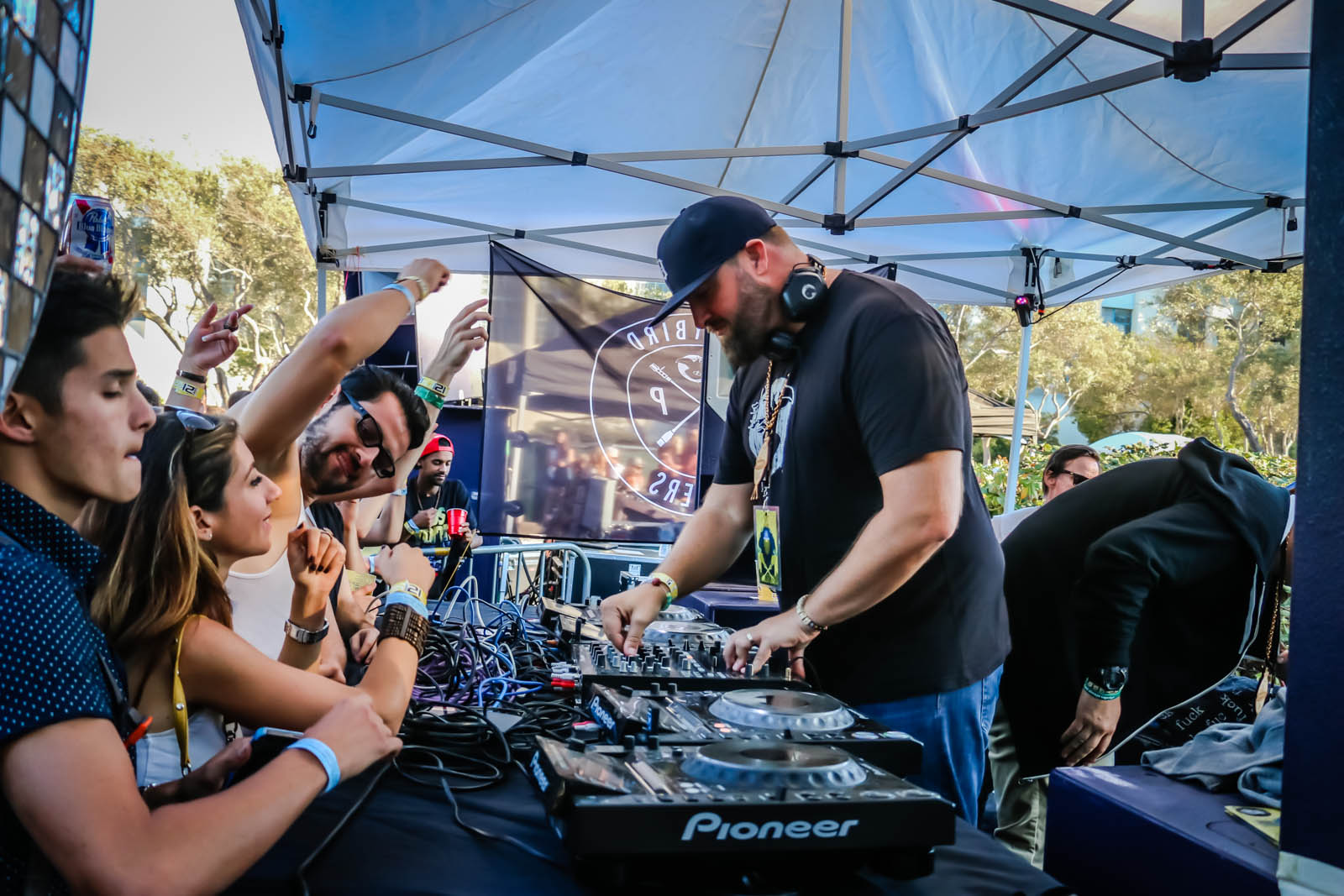 Mention that title, though, and the man whose real name is Barclay Crenshaw becomes bashful. “It’s slightly embarrassing but I’m honored because it’s a fan vote,” he says. “I guess it’s cool. It’s cool! It’s unexpected, that’s for sure.”

That modest attitude plugs right into VonStroke’s essential charm. Catch him in action and he’s all smiles on the decks, having as much fun as the punters at his feet. “He does not pretend to know everything and he truly loves his fans,” his bio plainly states on the Dirtybird site. “He is grateful to be curating, creating and performing music for a living and he knows that the reason people go to parties is to shake their booty and have fun.”

That’s life in the Bird House, and now the flock comes home at the sold-out Campout this weekend. For the Dirtybird crew, the event is like a family reunion. It’s the only time of the year that most everyone on the roster is in one place to play music and have a stupidly good time together. “Everyone gets paid exactly the same and we make it really, I guess, socialist—everyone’s equal,” says VonStroke. “For the fans it’s the only place you can see everything we’re doing all at once.” (It’s also a rare chance to see VonStroke perform as Barclay Crenshaw, whose DJ style is more “instrumental hip-hop weirdo stuff.”)

A huge—and novel—part of the party is the Campout’s classic summer camp theme. “I just remembered that being the most fun I had when I was a kid,” the DJ recalls of the now-defunct Adirondack camp he went to when he was 11 and 12. Dirtybird partners with The Do LaB to produce the festival, which has traditional camp activities like boat races, tug of war, arts ‘n’ crafts, and a talent show (VonStroke’s favorite), plus non-traditional offerings like Comedy Night and a beatboxing competition.

“This year we have a new thing that I thought of where you can iron patches onto your clothing, so you can kind of make your own campout outfit,” VonStroke shares. “Because a lot of people got there [last year] and they were like, ‘Oh, I didn’t know that everyone was going to be dressed up like boy scouts and [Wet] Hot American Summer and all these themes.’ So you can still do it if you get there.”

VonStroke has a few days’ downtime between the Campout and his next commitment in Europe, which is an improvement upon last year when he rolled straight into a 34-date bus tour with Disclosure—a schedule that was “insane” even by his standards of relentless touring, label management, and music-making. And even though Dirtybird is a family affair—his wife Aundy is the COO/CMO of the company and funded the start of the label back in 2005—he’s got two children who need his time, too.

So what’s it like being the little chickadees in all this? “They think it’s totally normal, which is just fascinating to me because I didn’t grow up in a household like this,” VonStroke says of his kids with a chuckle. “What are they thinking in their heads about this whole thing? I’m just dad and that’s it. I play music.”