Vendors
Photo By: Daniel Jung for The Do LaB

When Dream Rockwell set out to create the Lucent Dossier Experience, the Lucent Temple of Consciousness and the Cuddle the World Foundation she probably didn’t anticipate the ripple effect her efforts would have across the festival world, or that it would lead to co-founding The Do LaB and the renowned Lightning In a Bottle with Josh, Jesse and Dede Flemming – three brothers who are some of the most widely celebrated curators and structural artists in the scene. Nevertheless, she set her sights on greatness and achieved what some may have once believed to be impossible.

In her Unleash Your Legend talk, Rockwell reveals a formative moment when a young man at Burning Man caught her off-guard with a helping of unrestrained honesty. He asked her what she was doing with her life. Refreshed by his candor, she replied as many do with a list of skills and interests, listing them out as he patiently waited for a pause. He then looked her in the eye and said, “You need to put a tip on your arrow,” meaning that she would unlock a wellspring of hidden potential simply by concentrating her efforts with a laser focus.

In that moment, her outlook changed. In 2006 she began collaborating with the Flemming brothers on their underground event Lightning In a Bottle and helped turn it into a three-day festival outside of Santa Barbara, California. They distinguished it from other events at the time by offering learning experiences during the daytime to complement the nighttime festivities. With yoga classes, culinary adventures, earth conscious workshops in Dream's Lucent Temple of Consciousness and live painting at every turn, Lightning In a Bottle quickly became the quintessential American west coast alternative festival movement, apart from Burning Man. At the same time, she also started working toward the assembly of the Lucent Dossier Experience, a musical cirque-inspired performance troupe that would soon top many festival bills.

The Inspiration Behind the Show

“I grew up in the box of western society," she describes. "Meaning, as a female, my role models were limited and even more limited than anyone seemed willing to admit. I have two brothers and what I noticed was that when I was with them they played at the peak of their capacity with so much power and confidence. I loved it but didn’t see that with my female friends." And so, she set out to break free from that box society had put her in, create a world where women could play at the peak of their performance levels, and feel strong and free. 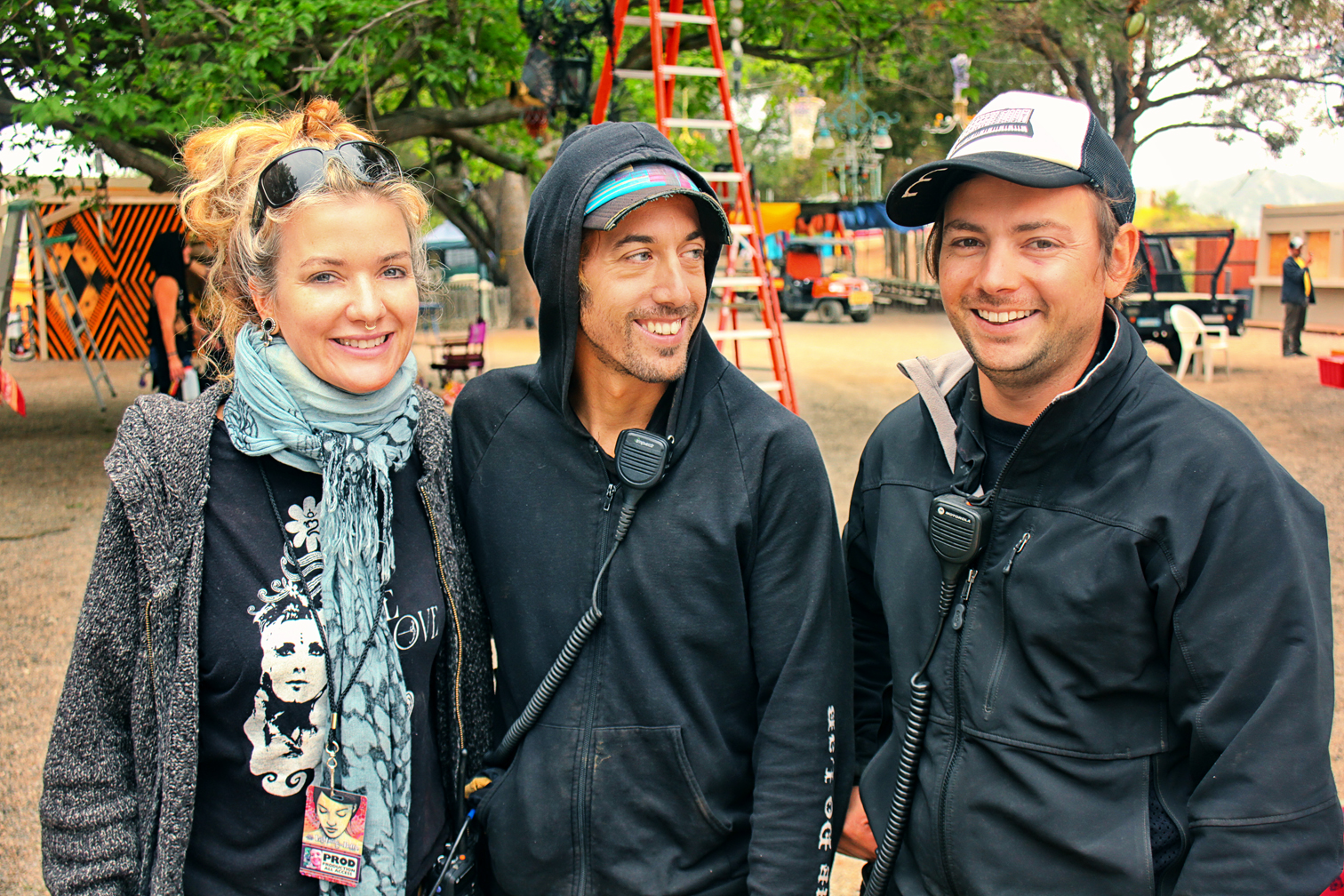 Photo by: Daniel Jung for The Do LaB

With ambitions like these, she knew things would not come easily. She sought to create safe spaces and consciousness-expanding workshops at Lightning In a Bottle, and packed LDE performances with the best talent she could find and poured days into one-on-one, rigorous training for each new member. She also incorporated mystical ingredients found in many of the most sacred rituals throughout human history, like fire, water, incense and tribal drums. The show was quickly recognized as a complete sensory experience as the troupe came into its own, but it all started with an effort to give women a safe space to be themselves.

“It hasn’t been easy to get women to feel safe in this realm,” says Rockwell. “But once they do, these women are unstoppable. I love this. And it makes the men who surround them so full and beautiful. It seems to empower the men as well.”

This mantra attracted top-tier talent and helped the Lucent Dossier Experience grow to incorporate new acts by providing opportunities for performers to be the best versions of themselves.

Giving the People What They Want

"The typical festival audience has an increasingly short attention span,” Rockwell explains. “[This is] due to the multitude of options at any given moment at a festival. And it has gotten even shorter over time. So it’s been an amazing training ground for us to pace our shows in a way that they are always moving and interesting.”

By including symbolic elements and ritual-inspired choreography in what many (including Rockwell) call “prayerformance,” the Lucent Dossier Experience taps into something at festivals that is rooted in ancient culture, yet forward-thinking as well: the healing power of community. With a keen sense for therapeutic experiences, Rockwell says it’s all about “using entertainment to heal hearts. I think everyone is hungry for their own healing. People have been silently suffering for a very long time and it’s all coming to a head. People want relief, connection, love. This is what I’m inspired to create and where our focus is moving deeper as we move forward.”

And move forward she has. As word spread, the Lucent Dossier Experience has become one of the most discussed performance troupes of the day. Since the troupe's inception, it has captivated crowds at Boom Festival, Electric Picnic, Coachella, Symbiosis Gathering and Lightning In a Bottle, just to name a few. 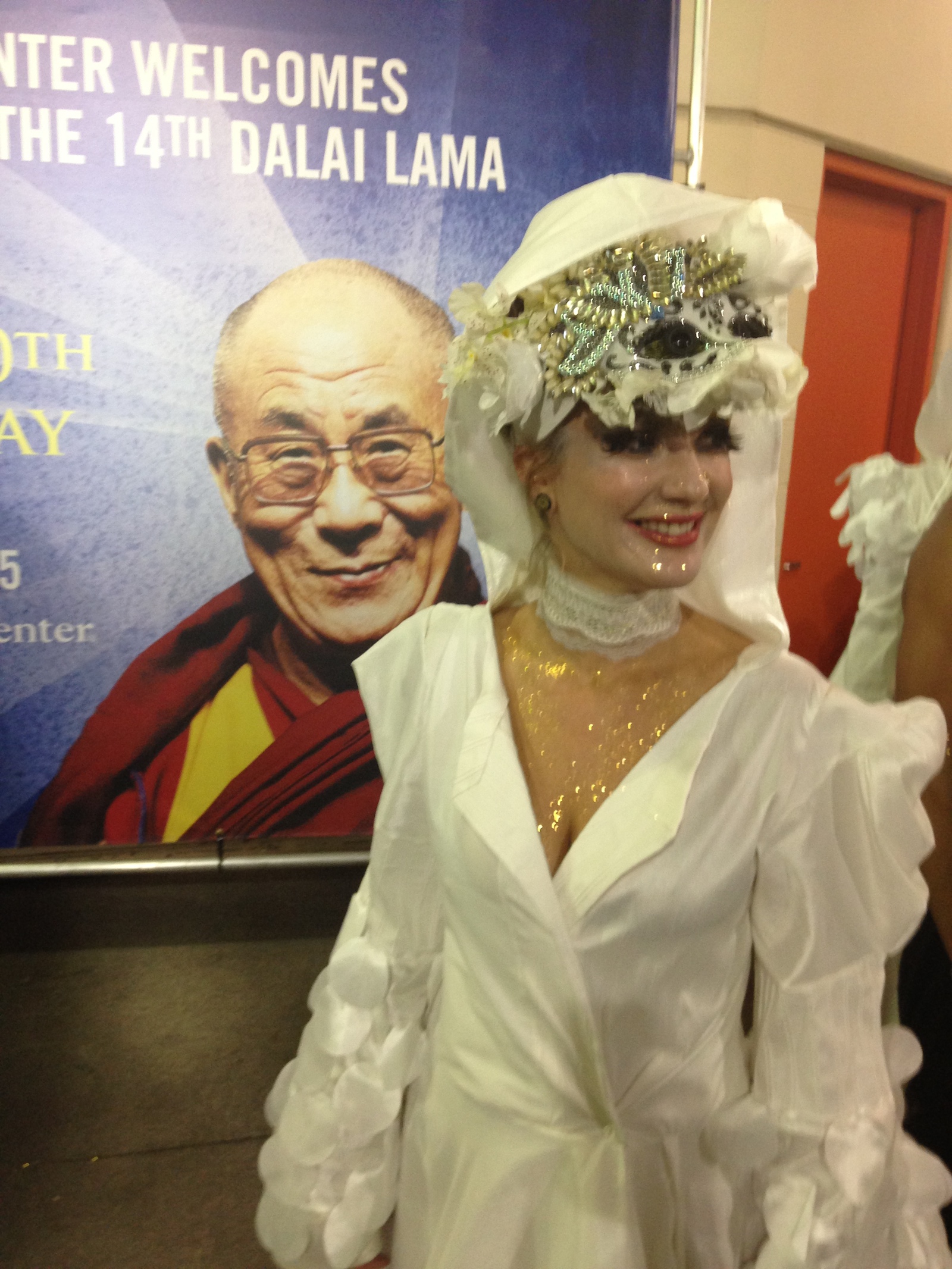 As the troupe's star has risen, so has Rockwell's. In addition to a recent presentation in The Do LaB's intellectually leaning Lightning Talks series, Rockwell herself has also gone on to give rousing talks at industry conferences like Leaders Causing Leaders and Summit At Sea. She’s even been invited to perform for his holiness, The Dalai Lama. Along with tackling all the challenges of being a touring performer, leader and visionary, Rockwell now balances all of this along with recent motherhood – which, no doubt, has helped make her arrow even sharper. Those who know her may credit her success to her fierce compassion and unrelenting determination, but a big part of it has to do with her ability to see the divine in others so fully, that they can begin to see it too.

A Vision of a New Humanity

Rockwell also believes that over the years, festivals have gotten better at healing audiences by teaching performers how to refine their crafts. “Festivals have given us the greatest gift: the feedback loop, so we have [performances] built strongly on show structure, energy levels and pacing.” Evidenced by consistent eye contact, dynamic facial expressions and anatomically unbelievable choreography, Rockwell has come to measure success not in dollars or tickets sold, but in how long she can retain expressions of wonder on faces in the crowd. “If you can keep the attention of a festival-goer for the entire show,” she says. “You’re channeling genius.”

Unlike a lot of performers of the day, her aim isn’t money, power or fame. Instead she holds hopes of making an imagined possibility for humans a little more real. “I hope they will say that I was fun, that I was playful and joyful. I hope I will be remembered as one of those on Earth holding the vision of a new humanity so clearly that others cannot forget it. In this new humanity we will connect deeper, have more compassion, less judgment, more love and understanding. In this new humanity we stop fighting each other and hold space for each other’s greatness.” Seeing the world in such a way may not always be easy, but Rockwell says, “I hope that my contribution to Earth is helping people feel and understand their greatness. That is what I strive to achieve every day.”

Through the learning opportunities she provides everyone who attends Lightning In a Bottle's ever-growing Lucent Temple of Consciousness and the captivating performances she gives the world through Lucent Dossier Experience, Dream proves the power of love and compassion. Perhaps all we need to make a difference is to offer the gift of love. Fortunately, that’s something we can all afford.