Finding Some Space And Sanity Over Chinese New Year 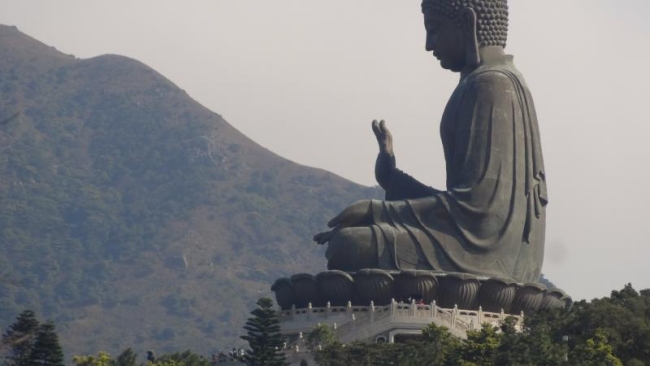 Three things are certain during Chinese New Year (CNY) in Hong Kong. First, you will learn to say “Keng Hei Fat Choy” wishing people a prosperous year. Second, you will see a lot of red envelopes passed around, typically from parents to children and often from employer to employee. These little gifts of money, often in denominations of the lucky number 8, are meant to suppress evil spirits and set the stage for a prosperous next year. 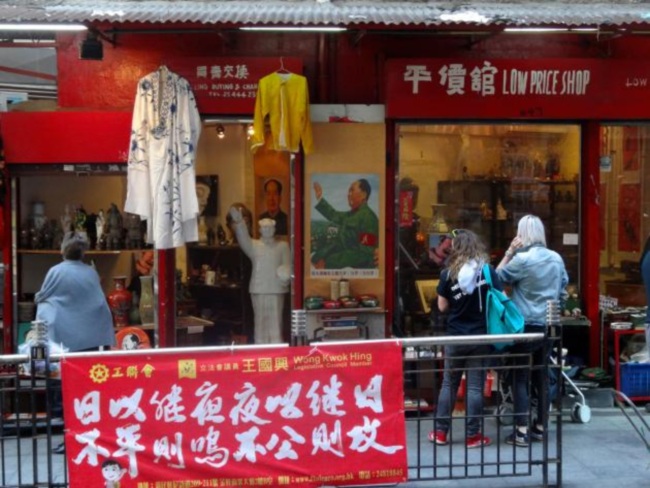 I wasn’t slipped a little “fung bao” (the word used for the red envelope practice) so it was a little harder to partake in the third certainty: shopping. Hong Kong has always been a consumer mecca, but during Chinese New Year, the malls and shops are overstuffed. I found that rambling along in the antique quarter of the Hollywood and Soho districts was a little less intense. I should probably add a fourth certainty: many folks will make the one-hour ferry trip to Macau to try their hand at gambling with all this good luck they’ve been cultivating with the CNY. I was underwhelmed by Macau as it felt like a less glamorous, more mercenary Vegas. And, it’s twice as crowded over Chinese New Year. 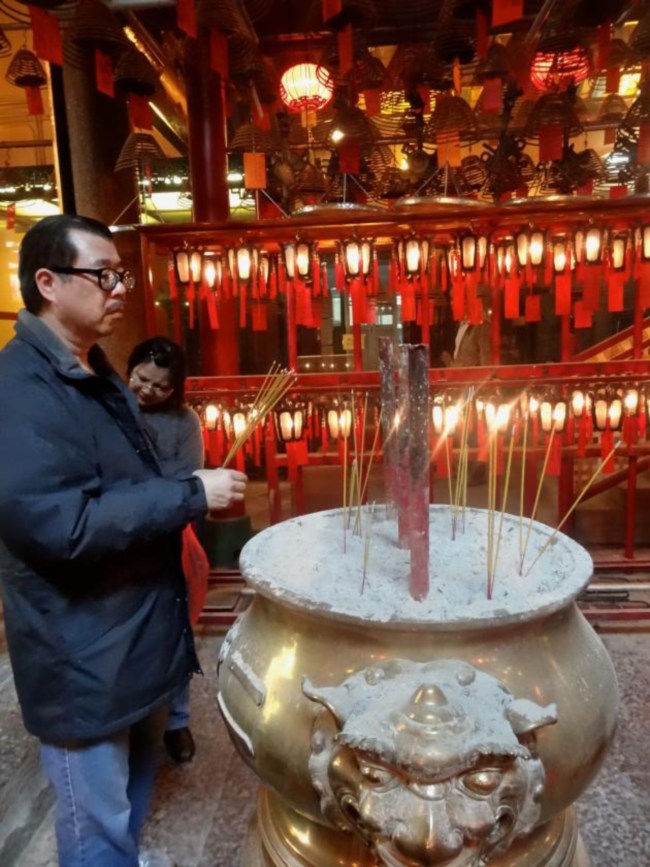 Praying for a good year at the Man Mo Temple

Where does one get away from the crowds in Hong Kong? I have two recommendations. Ironically, one of them is called “Man Mo” even though you’re looking for “less man.” This temple is very popular (there could be a line so you will see people) during CNY, but it’s a soulful sanctuary inside. 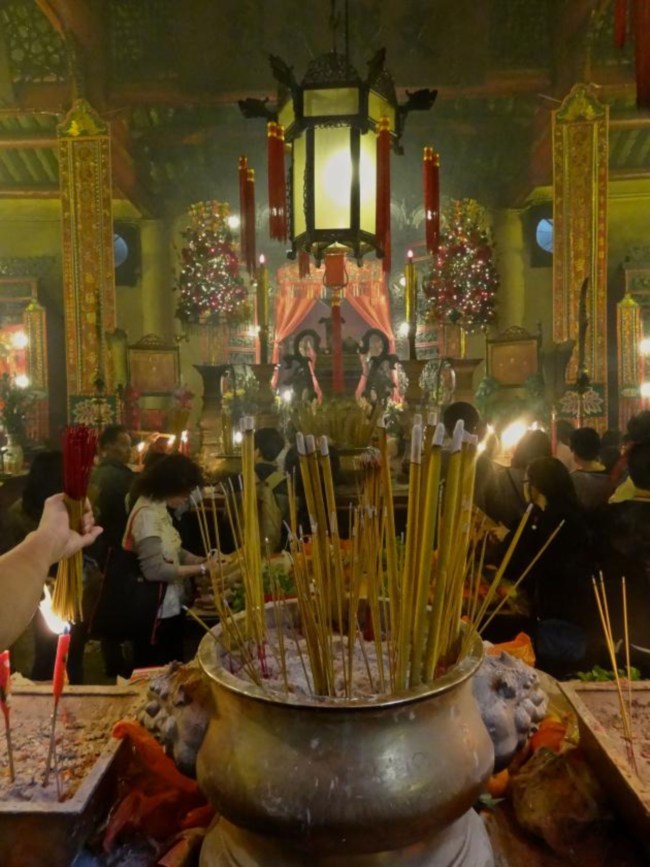 Man Mo Temple: an island of sanity on an insanely-crowded island

Located in the Hollywood area, this small temple pays tribute to the gods of literature (Man) and the gods of war (Mo) and is named after a cultured soldier. Be prepared for immense incense as the way people give thanks and look for good fortune in the new year is to light some large sticks and place them in a variety of beautifully-arranged spaces in the temple. Aesthetic, cultural, and well-located, this should definitely be on your list if you’re feeling a little overwhelmed with the commercialism of Hong Kong. 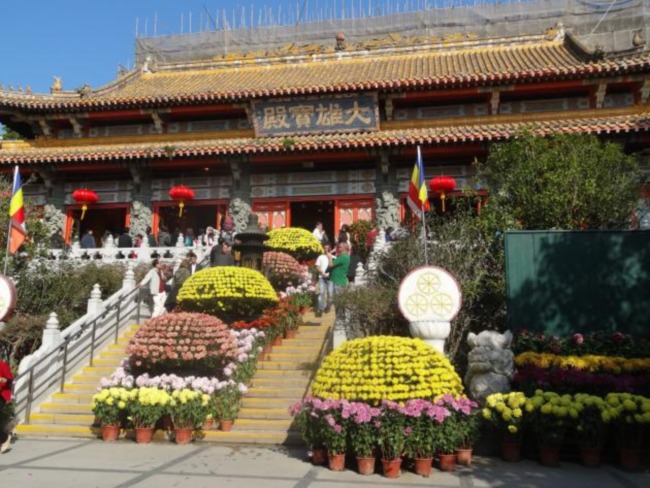 The monastery great hall near the Big Buddha

One of my revelations of this trip was finding out how much nature exists in Hong Kong and its neighboring areas. On the island of Landau near the airport is a 5.7-kilometer sky tram (they call it a cable car but my San Franciscan roots have a hard time describing it that way) giving you panoramic views of Tung Chung Bay and the whole Hong Kong area. It’s little more than a 30-minute subway ride out of the core of town with the primary attraction being the world’s largest outdoor bronze Buddha, Big Buddha, and the Po Lin Monastery. 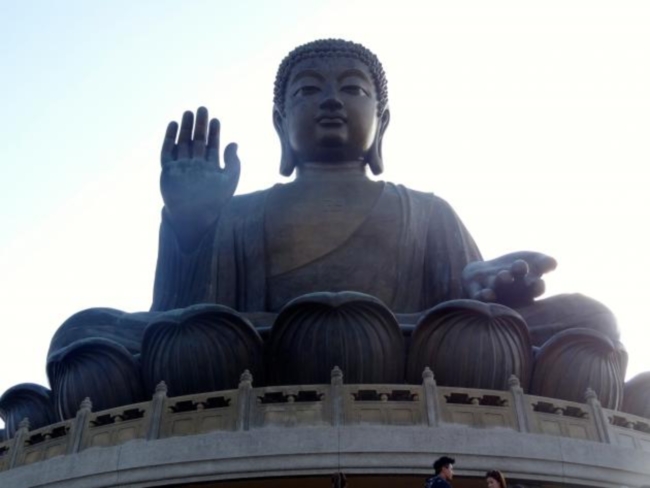 Some people choose to hike up the nature trail rather than take the tram. It looks like a beautiful path but add about four hours to your trip if you’re going to do that. Once you’re at the end of the tram ride, you’ll find Ngong Ping Village, a cuter-than-expected set of shops and amusements that are great for the family (better than the locally-panned Hong Kong Disneyland), and just beyond that, the Monastery, the Wisdom Path, and the Big Buddha. 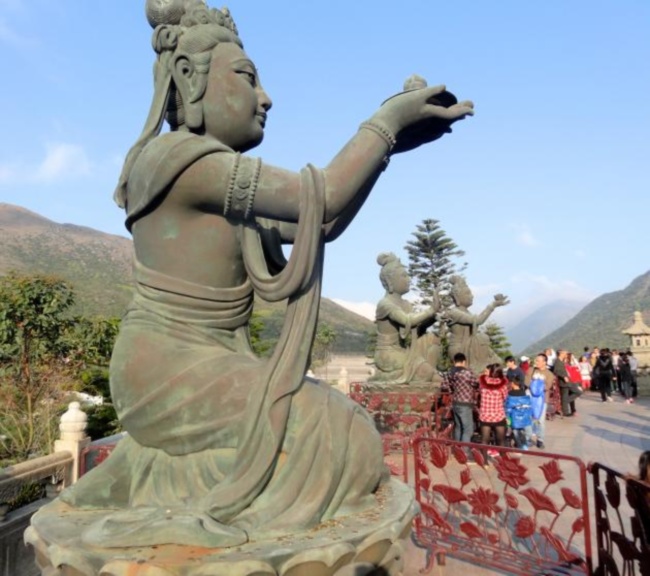 With ample hiking trails, stunning vistas, and a quaint fishing village, Tai O, just a 30-minute bus ride away from the Big Buddha, I found this to be the perfect antidote to the modern commercialism one experiences during the Chinese New Year festivities in Hong Kong. It’s less man, more soul in a habitat that “sold-out” to frenzied mercantilism long ago.