Food of Hokkaido Island and the Sapporo Snow Festival 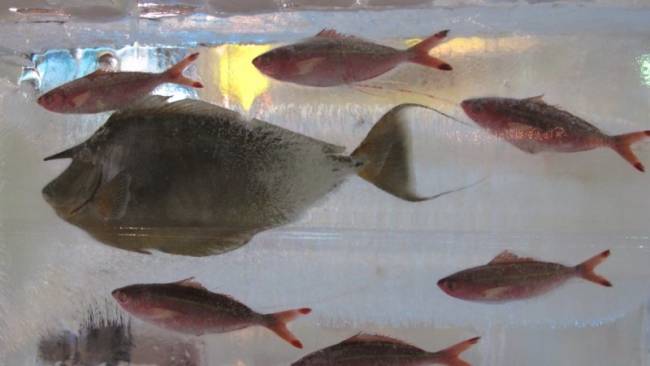 Japan’s cuisine is world class ranging from “I can’t believe how good this is” to “I can’t believe I just ate that.” Cultural festivals are about expanding your horizons, including broadening your culinary tastes. I do that by eating like a local, wherever I go. Get to know a place by eating their food. It’s a source of great local pride. There is no better way to sample regional cuisine than at a festival like Sapporo’s Snow Festival.

Fear not if you don’t like Japanese food (though I think you might be crazy) there is an international food court with tastings from around the world. As the saying goes, when in Japan…  I challenged myself everyday of this trip to eat something new. 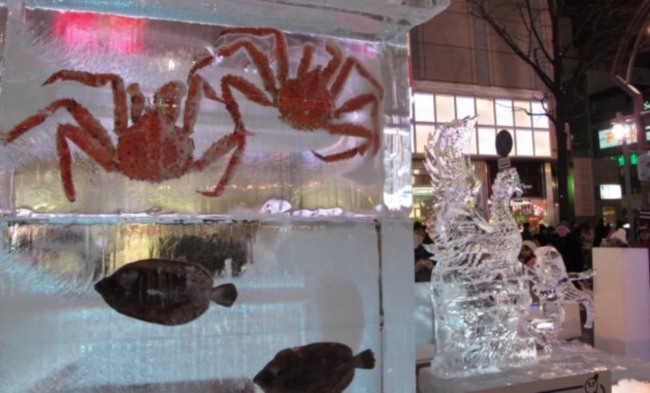 Hokkaido’s Seafood - The best place to get an introduction to Sapporo’s extensive local seafood is right at the festival. In the Suskino area samples of the local offerings are on display in a frozen aquarium. It’s one of the showpieces of the festival. Flying fish, crab and all manners of strange fish right on display all frozen in ice. 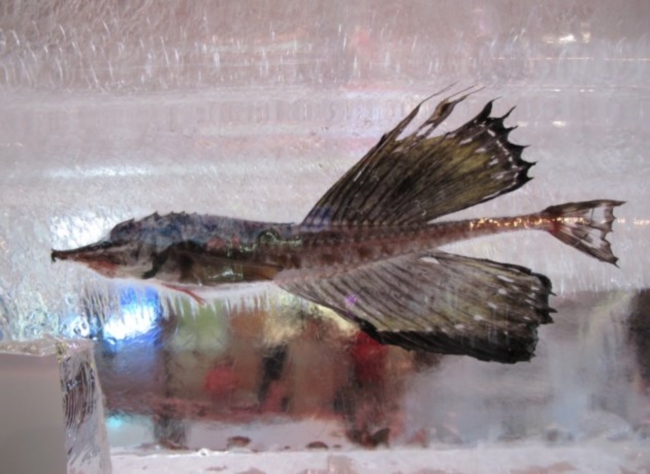 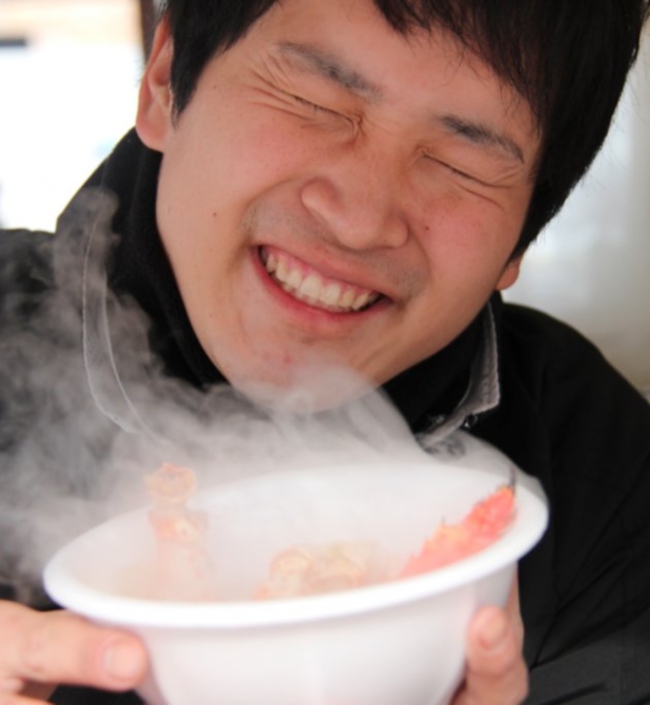 Hokkaido crab – Hokkaido is the isle of the crab and they are delicious. The most famous crabs are the hanasaki crab, hairy crab, snow crab, and king crab. Try a warm bowl of crab soup. 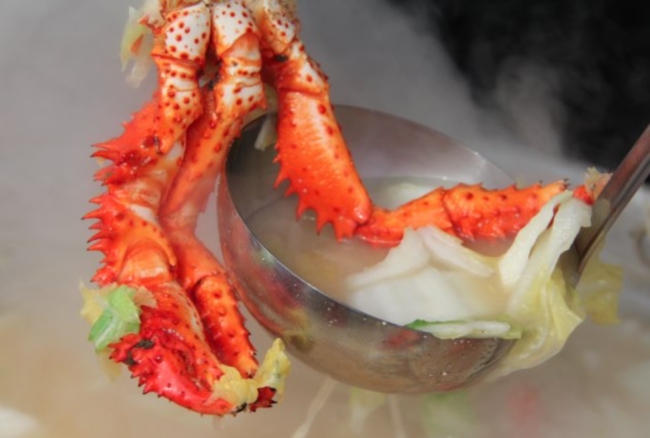 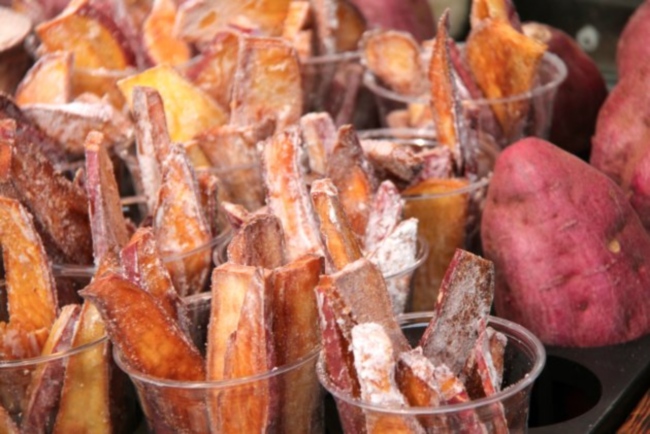 Hokkaido potatoes - Fried up and served with black pepper on a stick. Sweet, earthy and delicious. Though we love almost anything that is served up on a stick or salted in a cup. 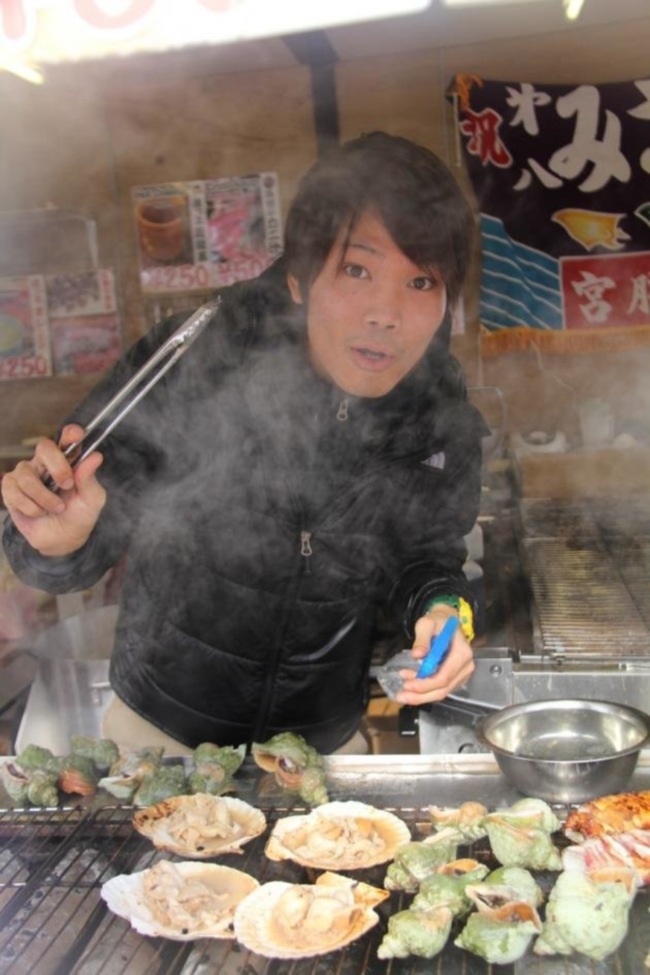 Grilled Scallops - cooked up right in front of you these giants were delicious and served right out of the half shell. 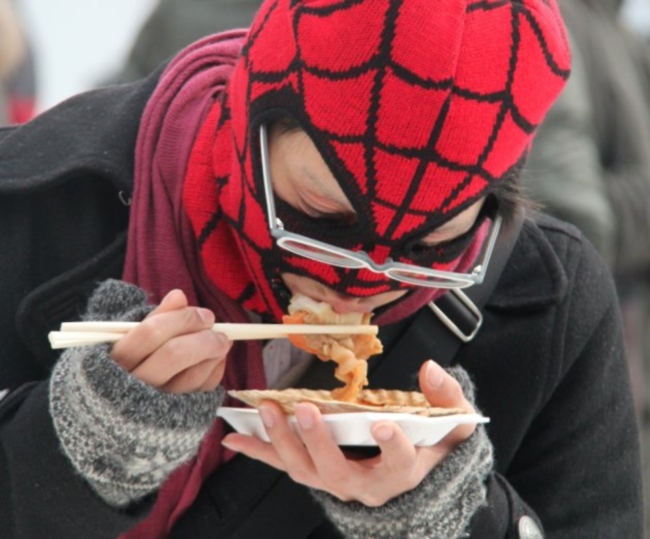 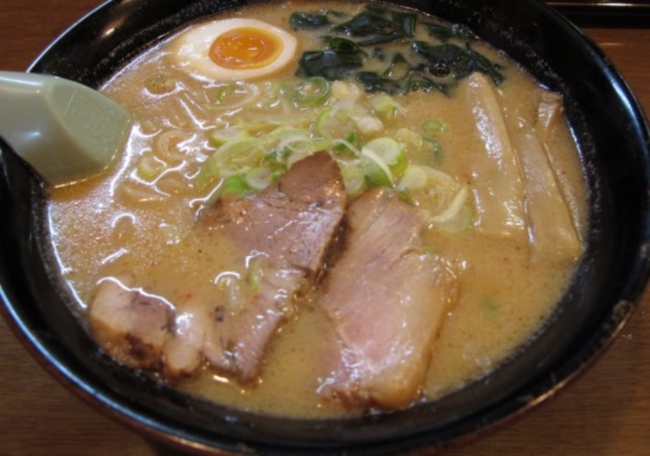 Miso Flavored Ramen- A delicacy that was born in Sapporo – our favorite type of Ramen. It’s hearty and the heath powers of miso know no bounds. There are so many ramen shops in Sapporo you can throw a snowball in any direction and practically hit one. 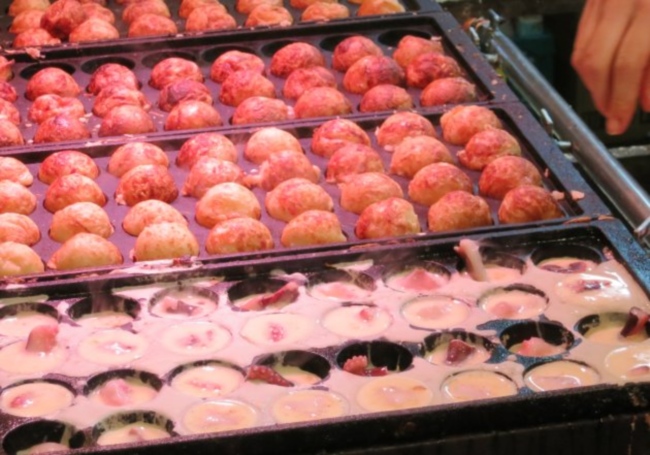 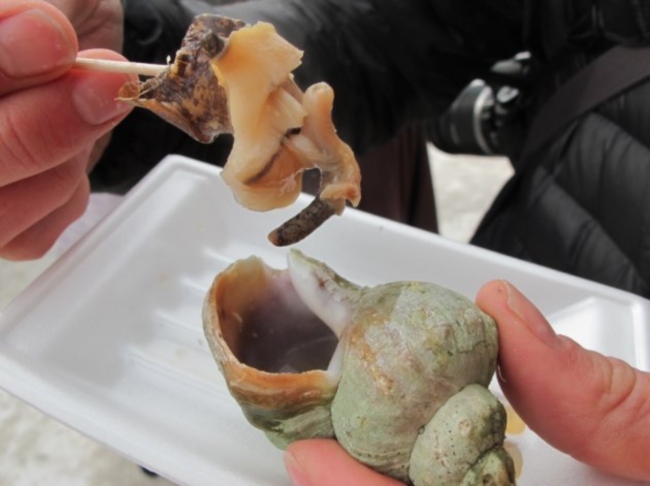 Whelk - Hokkaido’s most popular seafood. Otherwise known as the sea snail, mine was roasted in ginger in it’s shell and delicious. It was savory and flavorful with a subtle aftertaste of the ocean. 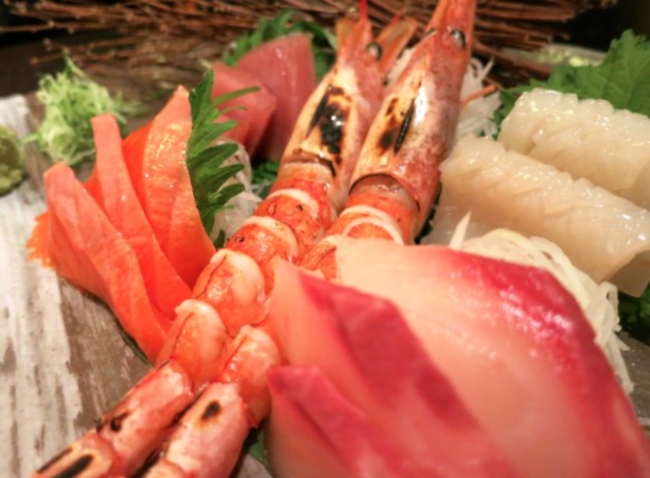 Sushi - You can’t go wrong with all the fresh fish on offer. The sashimi we had was out of this world. 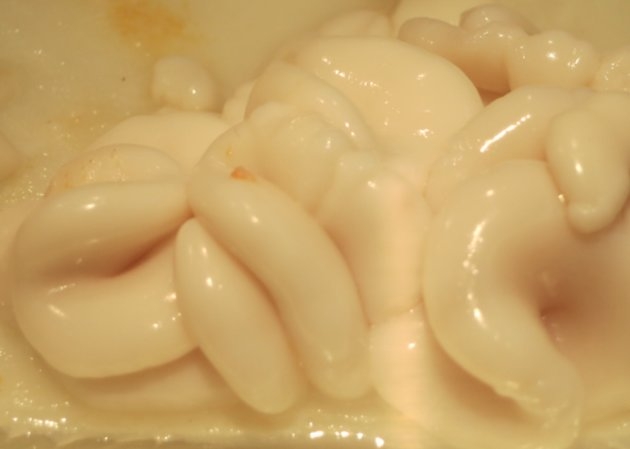 Shirako - Some sushi is out of this world, some appears to be from another planet. My new Japanese friends encouraged me to “try this first and we’ll tell you what it is after”. A suspicious prospect. I’ve tried some weird food, but this was some of the strangest. Shirako is sashimi Cod fish sperm sacs, a local delicacy available only in the wintertime. My environmentally friendly conscious reassured me “Hey at least they eat everything here.” 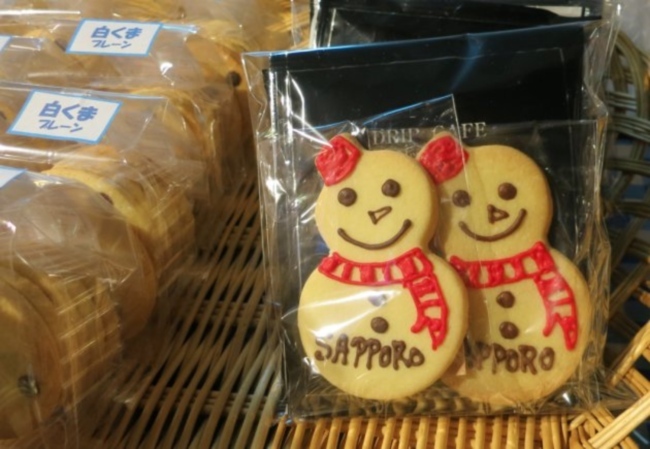 While trying to forget that last item,  you don’t want to forget dessert! 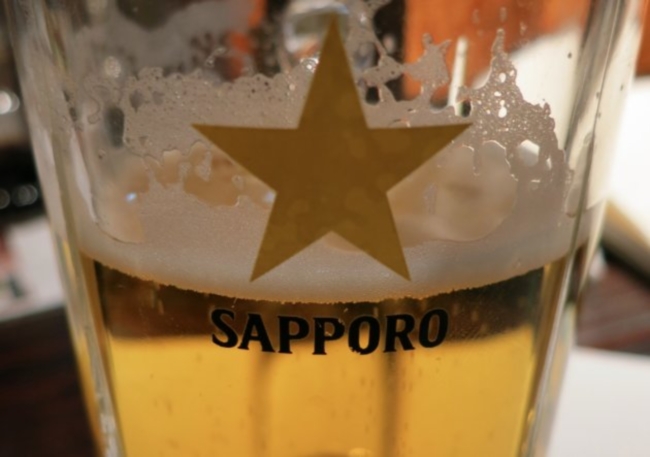 Sapporo Beer is Japan’s oldest and most popular beer traces back to 1876 on Hokkaido island. Sapporo recently even made space hops, the only beer to be grown on the international space station, not surprising for the tech savvy Japanese. 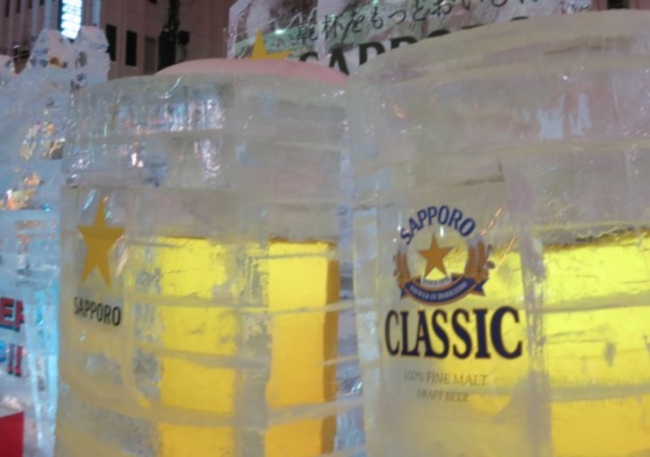 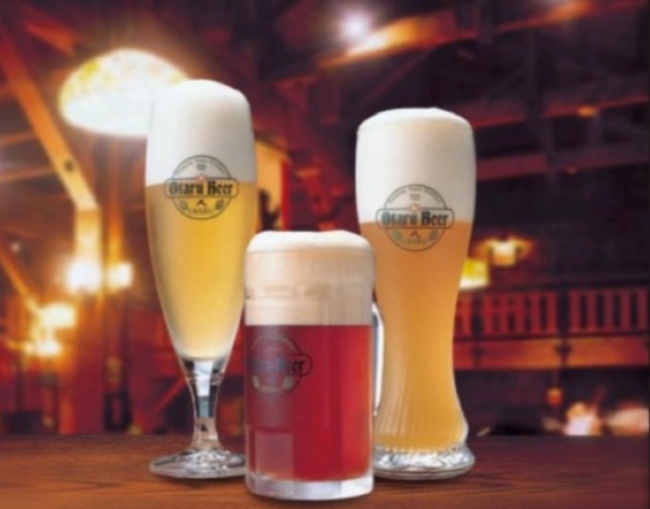 Otaru Beer - My favorite, a full flavored, microbrew from Sapporo’s sister city of the same name. Brewed in traditional Bavarian style, it’s a classic beer that compliments the food of the region perfectly, especially when paired with seafood or a hot bowl of ramen. 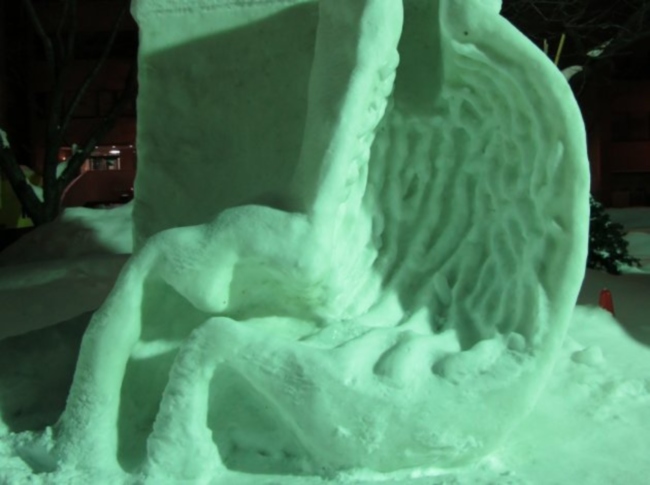 Finally after all that eating, best to put that stomach on ice. The’ve thought of everything at the Sapporo Snow Festival.