Go Beyond Black Rock City with These Awesome Regional Burns

Burning Man is one of the festival world’s true Goliaths, built on doctrines of radical self-expression, community and a gifting culture that means the world’s ego-centric economic system has no effect beyond Black Rock City’s sandy gates.

Its influence now spreads far and wide, with Burners residing in every continent on the planet and regional events – which are built around the very same ideals – occurring throughout the year. If you're a far-flung, aspiring Burner but can't make it to Black Rock City (or are looking for a new way to Burn) head to one of these regional Burns. 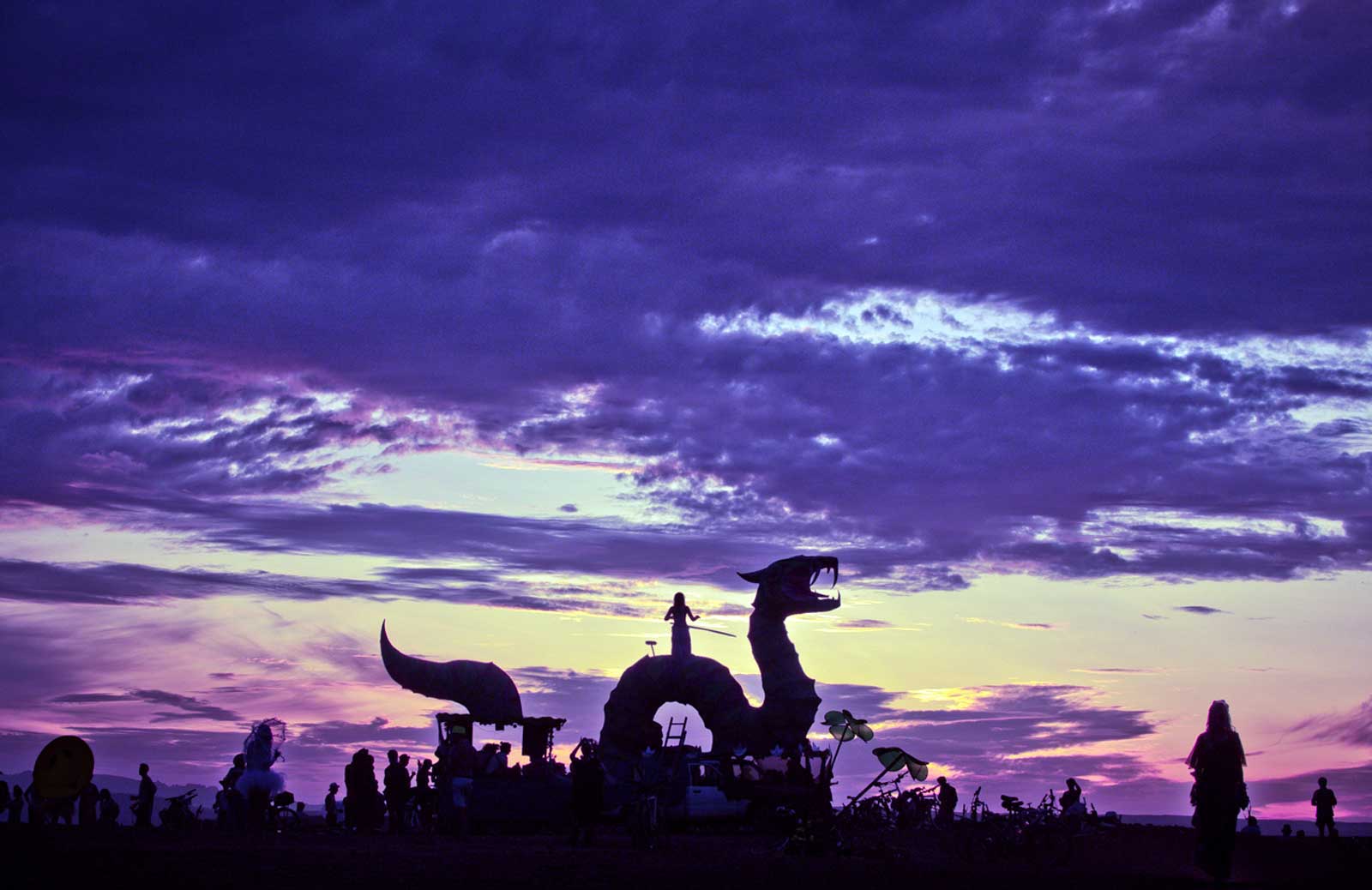 If you want some radical isolation to go with your radical self-expression, AfrikaBurn is your spot. Getting to the site – memorably called Stonehenge Farm – takes a bit of effort. You have to take the long, lonely R355 road, which is 300 kilometers north of Cape Town and deep in the sun-parched semi-desert. Now one of the most established Burning Man offshoot events on the calendar, it’s a true mecca for dedicated Burners and its 2016 theme is that of X, commemorating the fact it's celebrating its 10th year.

Burn In The Forest, Canada

This event can be found just 90 minutes outside of Vancouver and is set within bucolic forest surroundings. The event services British Columbia’s Burners (and any others who want to venture north to Burn with Canadians). Now heading into its 12th year, it’s certainly worth a pilgrimage, wherever you are in the world. 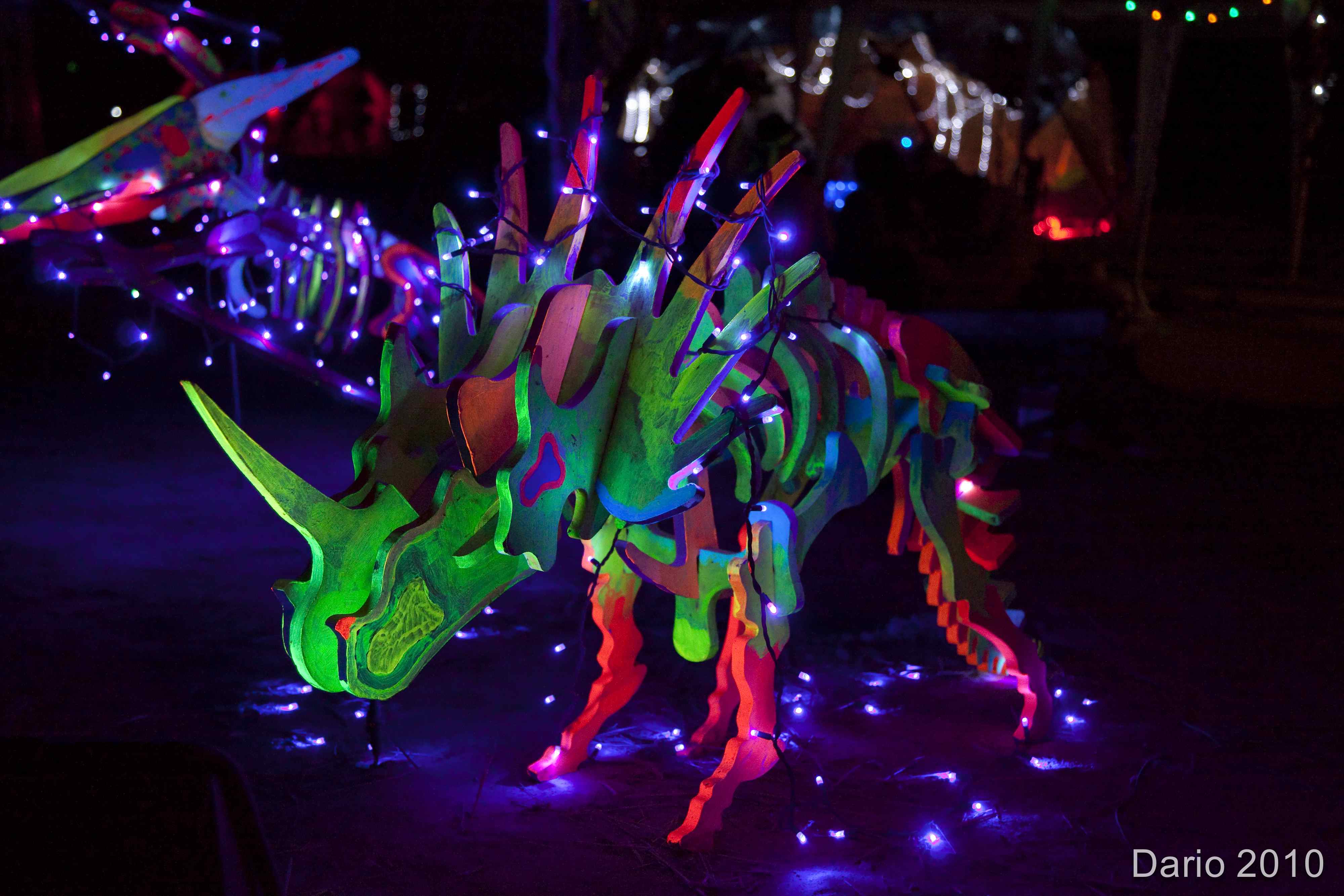 The main outpost for European Burners had around 1,500 international visitors attend in 2015, and it has seen numbers rise steadily in recent years as Europeans realize that A. They like getting down with the Burning Man vibe and B. California is a really long way away. Somewhere in the Spanish badlands between Barcelona and Zaragoza, it takes place in the shadow of a mountain that more and more people climb as the day approaches sunrise. (Listen out for the wolf calls and cackles when it appears across the ridge.) Two things that set Nowhere apart from Burning Man are the percentage of people getting their hands dirty and the international nature of collaboration. While Burning Man is participatory and international, the small scope and European location of Nowhere amplifies these two components.

Sister to Burning Seed, which takes place on Australia’s east coast, Blazing Swan is organized by a group of Burners who have spent time at the U.S. original, as well as contributing to AfrikaBurn and the aforementioned Burning Seed. Through Blazing Swan they are building an even stronger Burner community in Australia, where 90% of the land is uninhabitable desert – perfect for replicating Black Rock City. 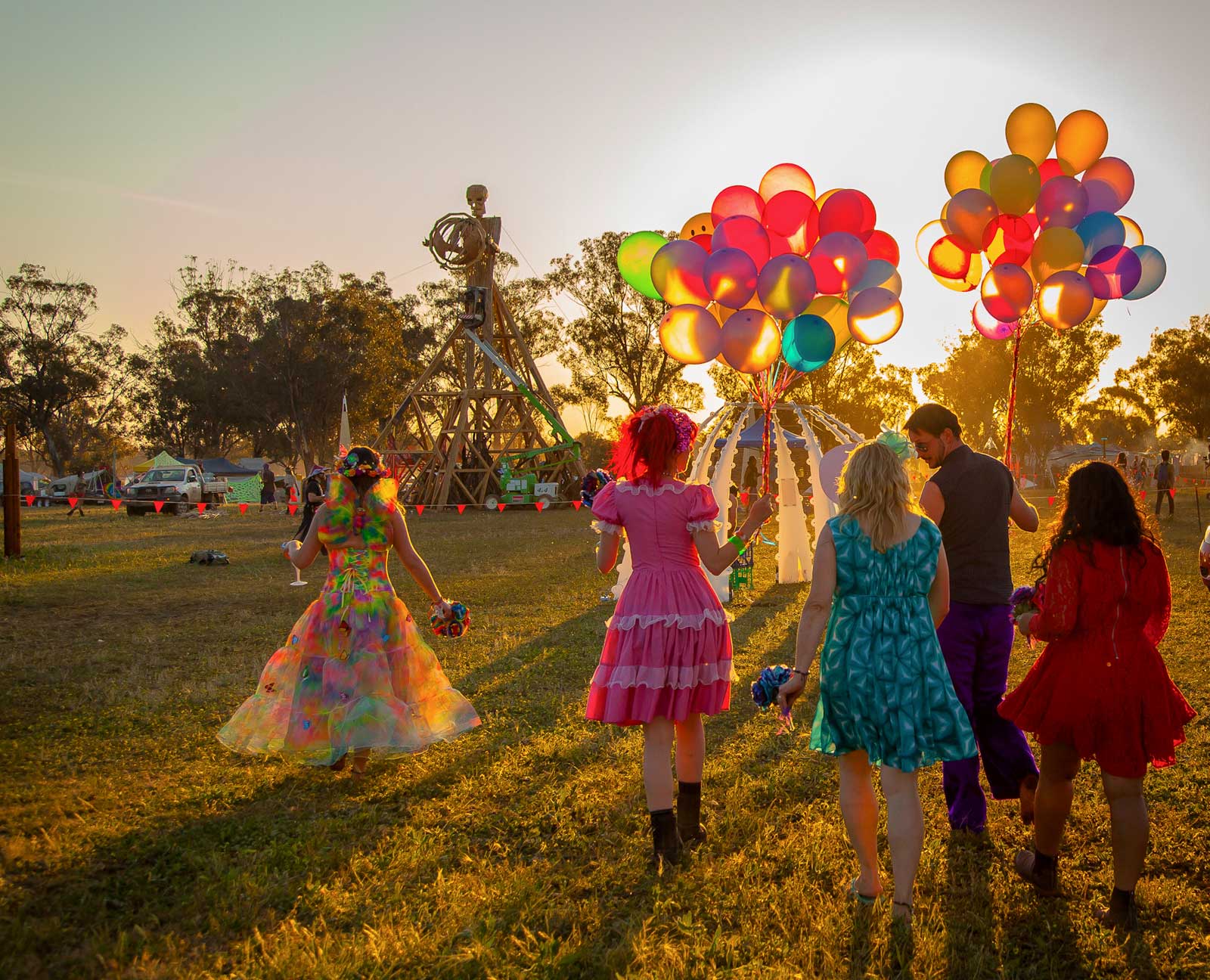 Australia now has a number of festivals that are spiritually indebted to Burn culture, like Rainbow Serpent. This event – in the New South Wales bush roughly equidistant between Sydney and Melbourne – takes place on the harsh land of the Wiradjuri people. Their spirit inflects the event which reaches its climax on the Sunday night with a burning of the Temple, which over the week becomes covered in Burners’ photos, poems, shrines, letters and mementos, each of them destined to flutter off in cascades of smoke up into the cosmos.

Severe weather conditions are a pillar of many Burn events. The searing heat in Black Rock City or Stonehenge Farm is a leveling force for all attendees, and helps engender the Communal Effort principle so intrinsic to everything the event represents. Frostburn turns this on its head, taking place on President Day weekend in mid-February. Down in Masontown, deep in West Virginia, the Pittsburgh Burner community organizes camps on snow-littered fields, where visitors build elaborate snow sculptures and relish in the heat derived from the effigy burning. 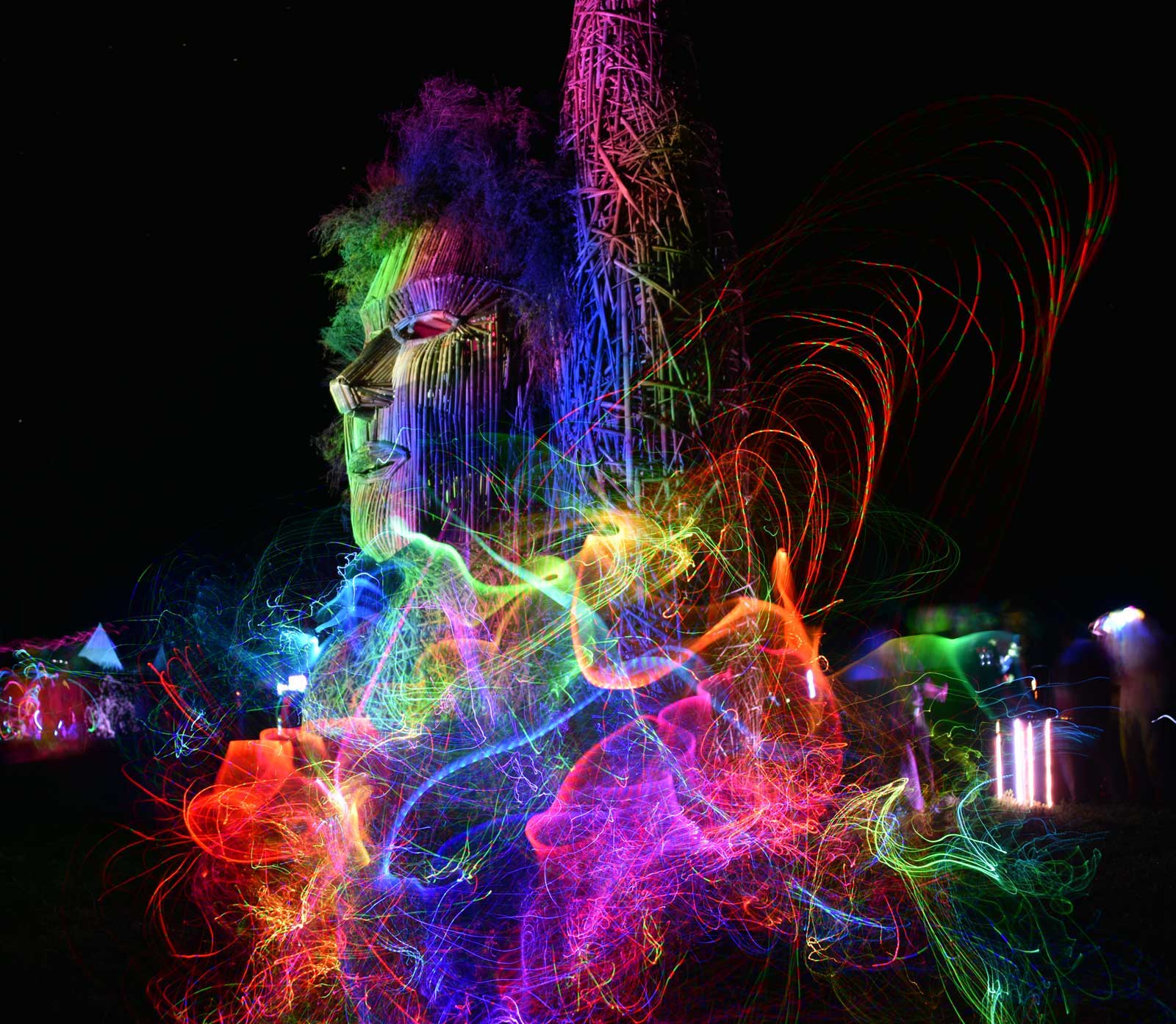 Kiwiburn has grown under the stewardship of Mark "Yonderman" Stirling, who, legend says discovered Burning Man by accident in 1994, when he lived in Reno. Its first event was in 2004 on South Island, though it's since moved north to the township of Hunterville (population 439). As with all Burn events, the locality plays a big part in shaping its atmosphere, and Kiwiburn is a hit with the locals themselves, with the website thanking the firemen, the farmers and the local council representatives for their role in making it what it is.

How about taking the core principles of Burning Man, exporting them to a festival in a German castle? That’s what the organizers of Burning Bär have done and they’ve made it a very intimate affair, with only 400 tickets sold to their Beesenstedt event. In doing this, the people behind the event have made sure that they have a very exclusive, yet inclusive, policy – bringing together open-minded folk in an environment that allows everyone to fully explore their inner unicorns. 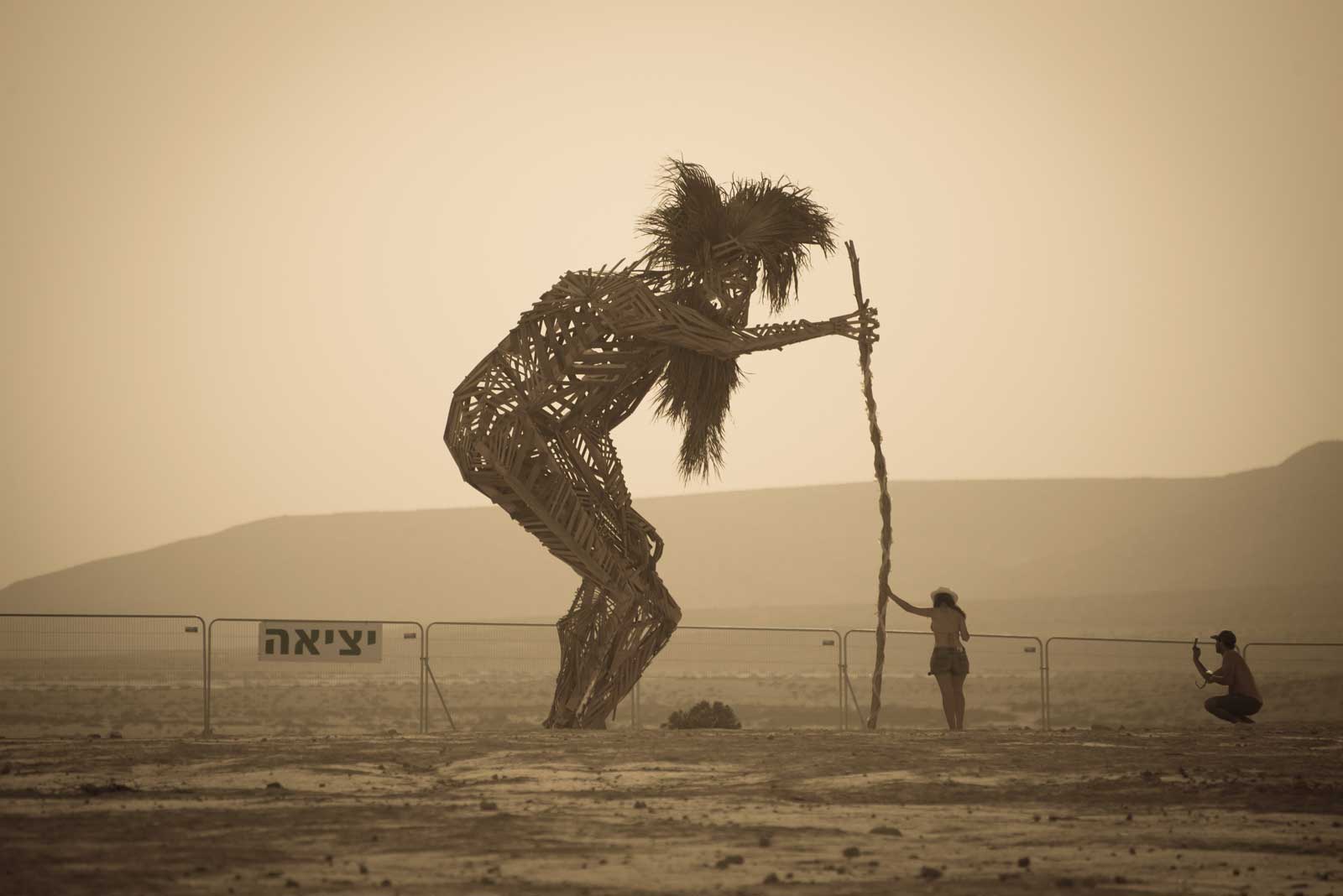 One of the newest events on the list, Midburn is the spiritual home for Israel’s slowly flourishing Burner community. 2016 will see 3,000 intrepid adventurers descend on this temporary city for five days, to dive head and heart first into the theme of "Abracadabra," of which the organizers say: "We will explore and delve into this fantastic world of wonder, we’ll raise our wands and dance a spell of old and new."

South America can now lay claim to its own regional Burn, thanks to Fuego Austral – which is due to debut in the province of Buenos Aires in Argentina. It will be South America’s very first official regional Burn. The trippy theme is "INFINISIS," which means "a state or condition of infinity," which is a perfectly indeterminate theme that'll allow participants to go wild with their own interpretations. Head over to their website for more information. ¡Que bueno!

Or you can get involved locally with any one of these regionals based in North America...