Do call it a comeback. After 5+ years out of the limelight, the animated UK supergroup known as Gorillaz – comprised of Blur's Damon Albarn and comic book artist Jamie Hewlett – has announced its return to performing live....with its very. own. festival.

Slated for June 10, 2017, the group will headline at its own Demon Dayz Festival, which will take place on the south coast of England. There are currently no other acts confirmed for the one-day event. 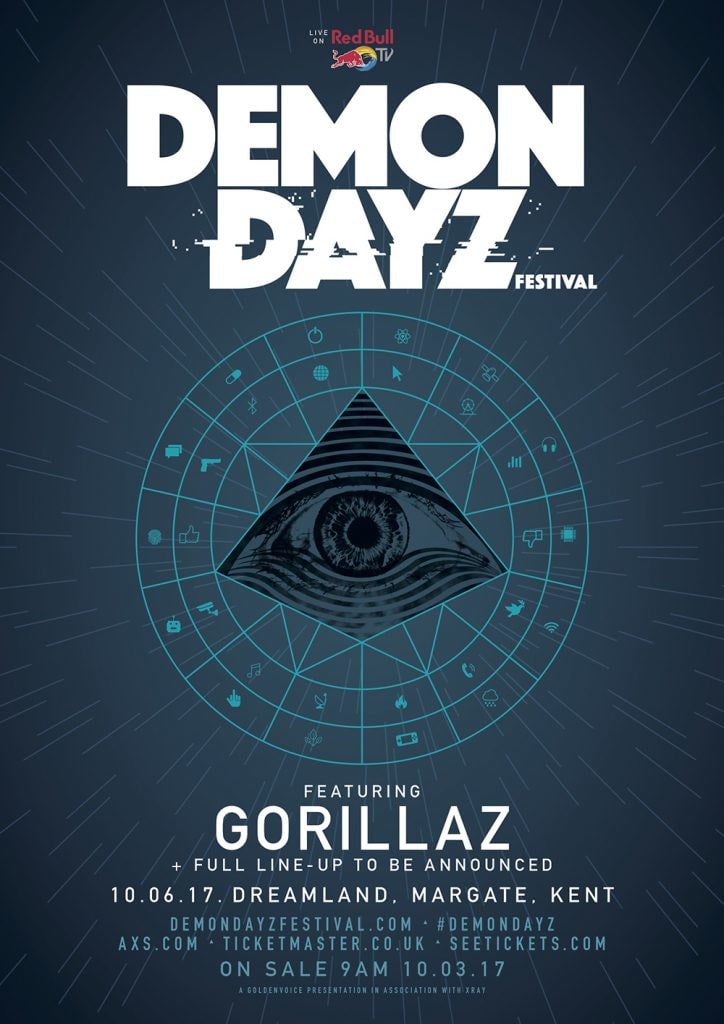 After rumors of them being back in the studio and new music on the horizon, and a string of multi-media stories from the band's animated characters, Gorillaz shared a new song called "Hallelujah Money," featuring Benjamin Clementine, in January. Their last album, entitled, The Fall, came out in 2011.