New York City is home to a lot of great live music, but only a few excellent music festivals. Of the options, Governors Ball is an easy choice every summer for those in the Big Apple, as it’s easy to get to and always delivers on an amazing experience and an even better lineup.

2015 marks the event’s fifth year in New York, and also its biggest. This time around, things seemed chiller, more relaxed, and while there was more to do in between sets, many of the artists performing had technical issues, which was a problem across stages and days. Was it fun? Sure! Could you hear everyone well? Not necessarily.

Here’s a recap of what happened during each of the three days: 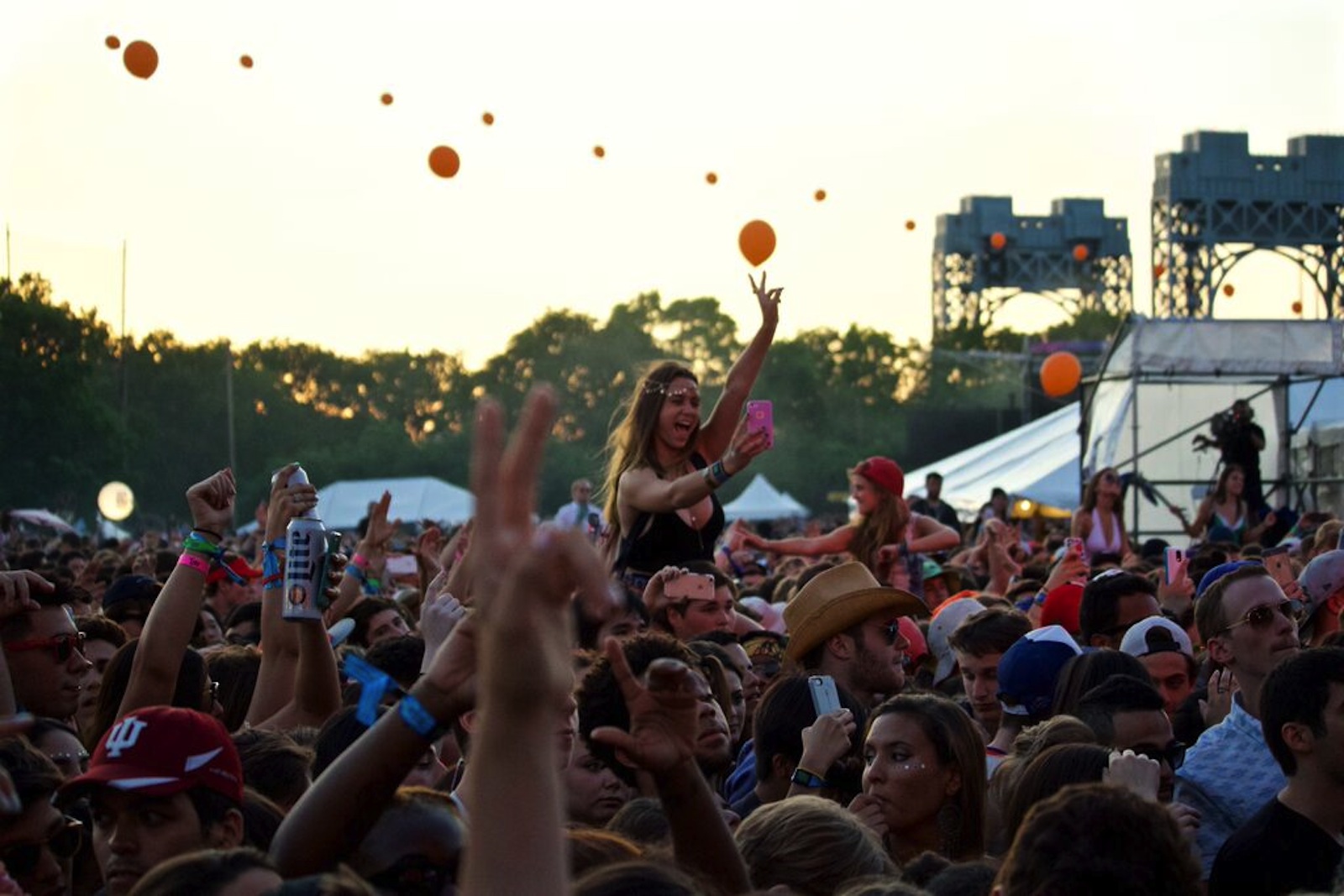 Since it was still Friday, Day One got off to a slower start. The crowds for opening acts like Priory and hip-hop duo Rae Sremmurd were smaller than if they’d played another day, which might not have been such a bad thing for the latter. Not long into their set, one half of RS fell off the stage and seriously injured his leg. The performance didn’t go on too much longer from there, bumming out those that had come early.

Electronic (but not EDM) rockers Odesza were the first act of the weekend to show how inadequately-sized the Gotham Tent was. For the next few days, the crowd at the mostly electronic stage was overflowing, and the hordes of dancing revelers almost always become quite rowdy. 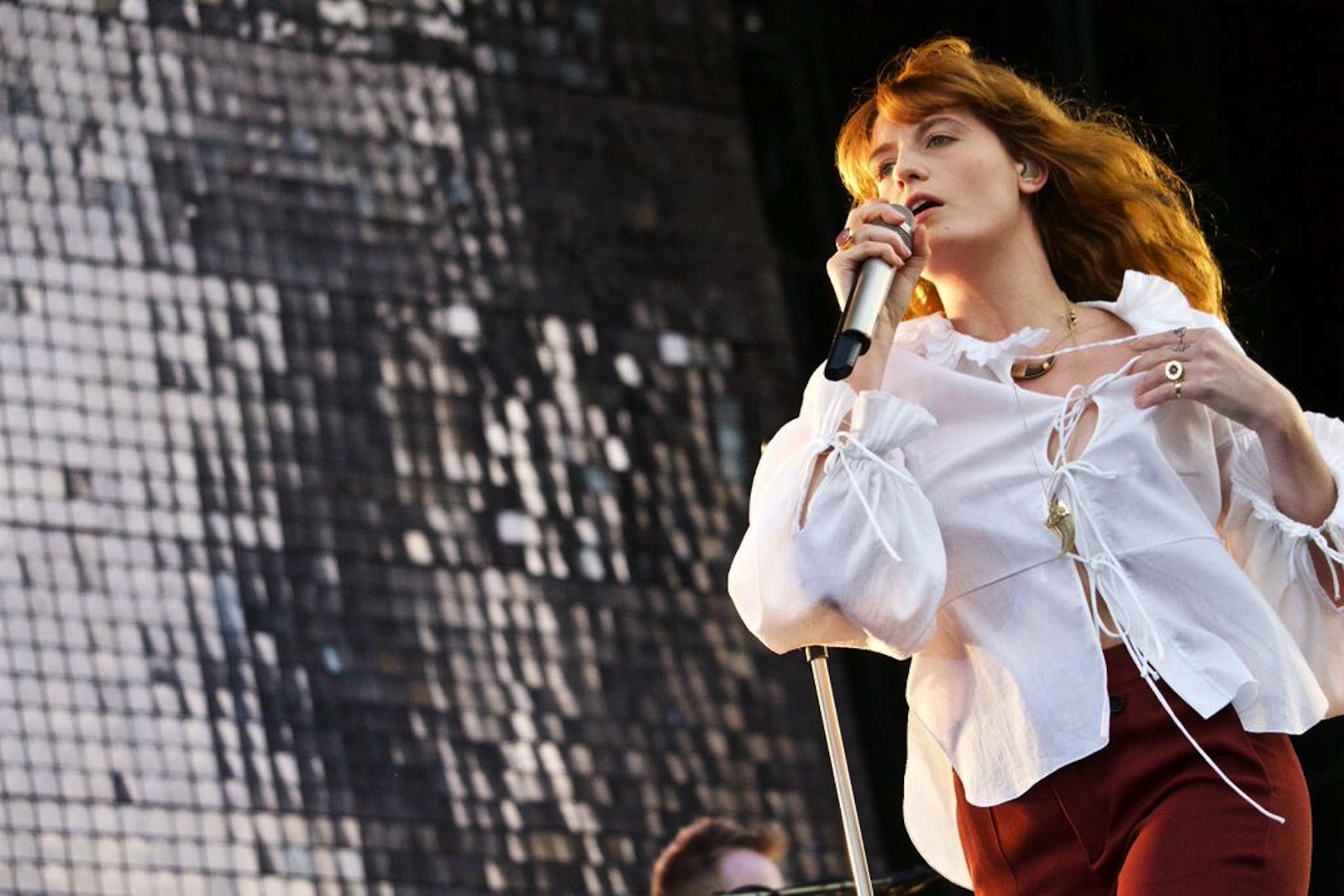 High off releasing her new album, Florence Welch of Florence + The Machine brought out the crowds for her Friday evening set, and she gave them everything she could. Though she’s still injured from her Coachella set (which caused her to perform sitting down for some time), she hopped back and forth across the stage, dancing and jumping as if nothing had happened.

Headliner Drake was tapped as an act to see this time around, as many assumed he’d learned from his mistakes at Coachella (where his set was not well-received by many), but sadly this showing wasn’t much better. The rapper teased the crowd with possible guest appearances by famous friends Kanye West, Nicki Minaj, and even Beyoncé, only to remain solo in the end. Most people I spoke to ended up leaving early, having heard enough of his latest album. 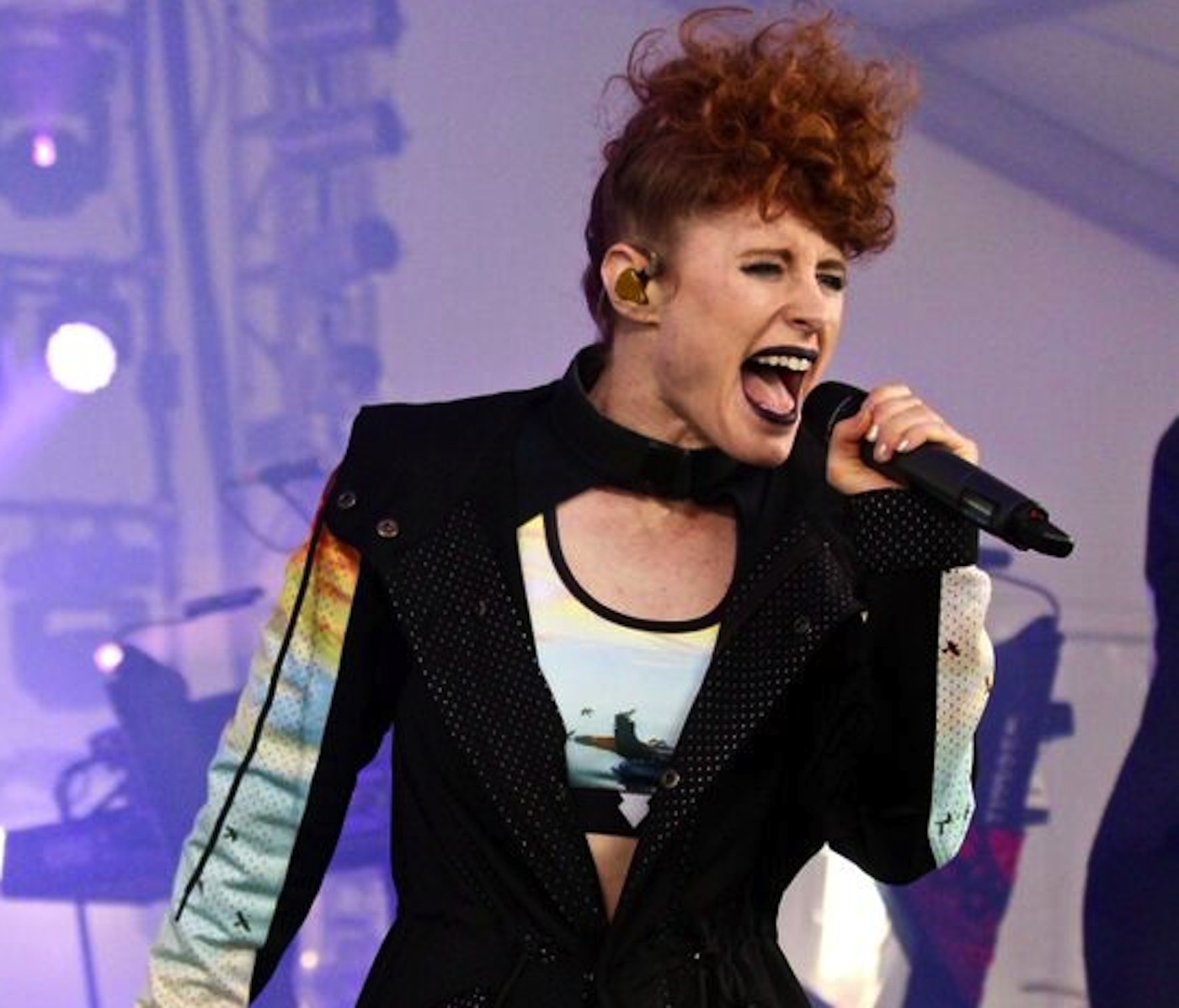 Arguably the day with the best lineup, Saturday was a long one for those trying to catch as many great acts as they can. Clean Bandit didn’t begin with a large crowd, but by the end of their incredibly impressive and energetic set, the had thousands dancing along. Alex Newell, the vocalist featured on the group’s “Stronger,” appeared to sing the cut, as well as several others, hitting every single note perfectly.

“Hideaway” star Kiesza had a respectable number of people come out to hear her slew of retro-leaning dance hits, and with her exhausting dance routine, she showed them that she may be the hardest-working performer at the festival. Fellow dance-poppers Little Dragon took to the main stage and gave a performance worthy of the platform, likely earning plenty of new fans in the process. After Kiesza, Future Islands took to the Gotham Tent, and as he always seems to be, frontman Samuel Herring was an odd spectacle, but one you couldn’t look away from. 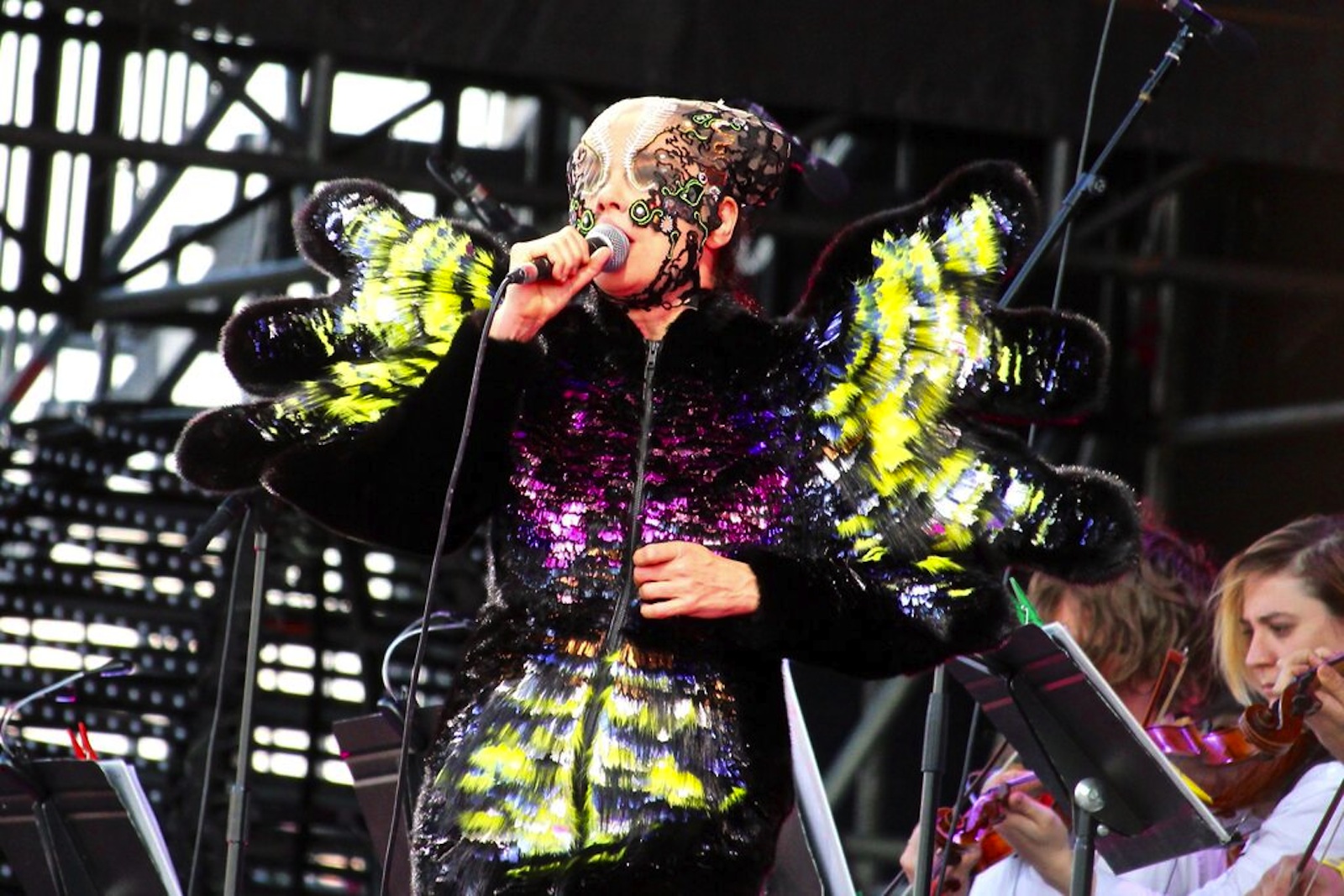 Björk was both spellbinding and adorable, uttering a meek “thank you” after every few songs. Her butterfly outfit—complete with a mask that covered most of her face—was gorgeous, and matched her set and sound perfectly.

The night ended with sets by Deadmau5 and Ryan Adams, both of which had their awkward moments. While it took over 15 minutes for the DJ to get his power supply working (the music stopped many times, much to the dismay of fans in attendance), he finally got his act together...only to anger the Ryan Adams in the process. The rocker complained about Deadmau5 being louder than him, and even took a few jabs at the entire electronic dance genre.

The last day of Governor’s Ball may have seen some tired festival-goers, but it was one of the most fun days as well.

Tame Impala had an unexpectedly massive crowd, and they turned the volume all the way up for their set. Weird Al initially drew plenty of people, as he doesn’t perform live terribly often, but not everybody stayed to hear all of his parodies. The Grammy winner did go out of his way to make his show fun, changing costumes and even helping people sing along to songs they might not know. It wasn’t that hard, really. When a photo of aluminum foil comes on the screen as the music from Lorde’s “Royals” plays, you can pretty much figure it out from there, and plenty did. 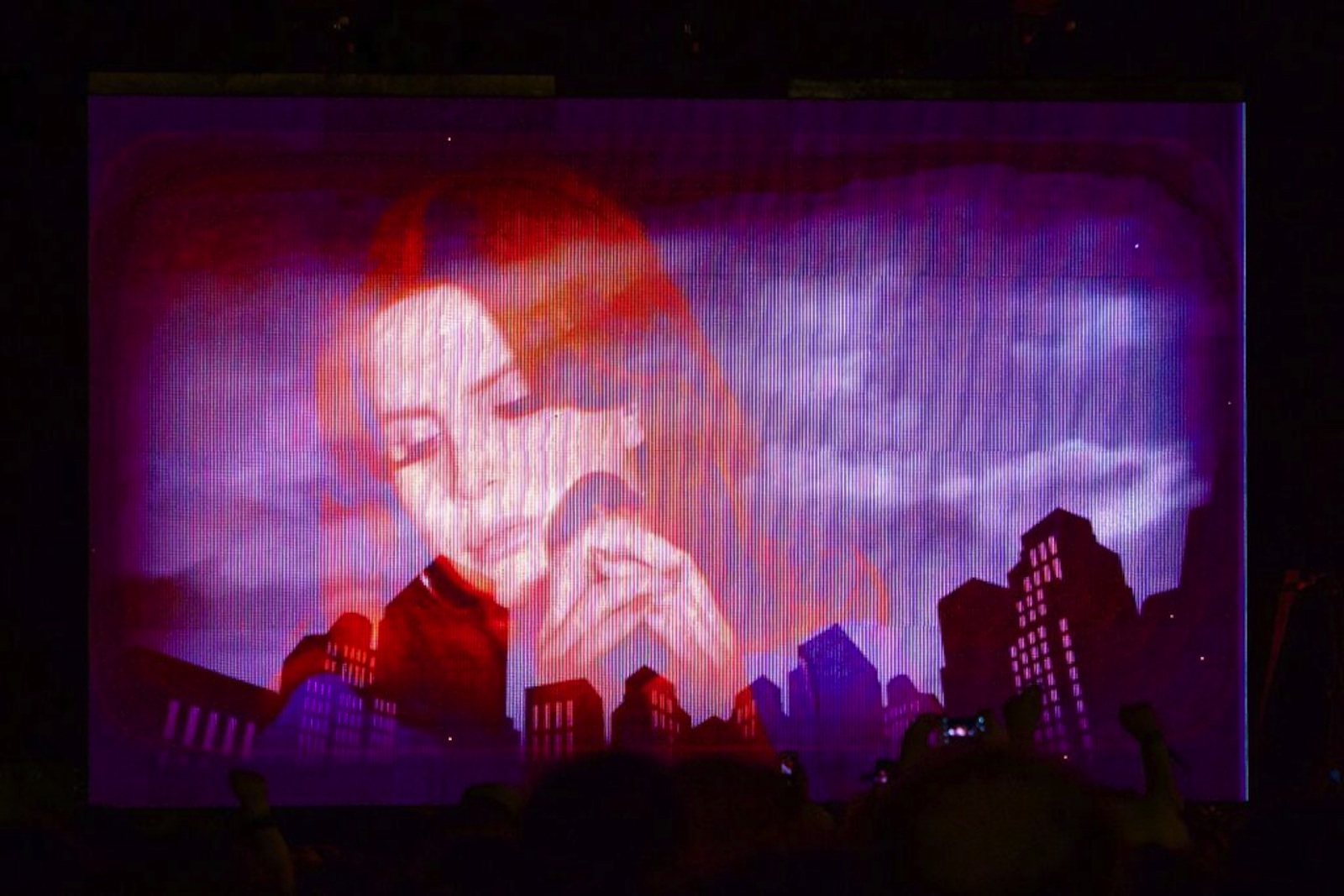 The festival ended on a quieter note, with The Black Keys and Lana Del Rey closing out the last day. Lana suffered from massive sound problems, which made it even harder than usual to hear her hushed mumbles. She started with the smaller of the two crowds, and many left to hear the Keys’ signature brand of rock and roll. By the halfway mark, it seemed like most people were headed home, disappointed by Lana and perhaps too tired from the weekend’s festivities to continue with the Keys.

Altogether, Gov Ball 2015 delivered the experience many were looking for, even if there were some glitches along the way.