Pay little attention to the stories quacking about how Panorama Music Festival didn't sell out. Who cares. All that means for festival-goers is more space, shorter lines, fewer bottlenecks, fewer cell phones in your face, fewer dudes yelling shouting inanely, and a better chance you get to touch Arcade Fire's Win Butler as he marches from stage to parking lot.

Enjoy it while it lasts, because Panorama will only grow in stature, in brand, and in confidence. How can we be sure? For one, the festival’s promoters, Goldenvoice, don't lack for pedigree. These are the people who brought us Coachella (but, to be fair, also brought us the short-lived, one-and-done SS Coachella), and brought a few of their favorite tricks with them, most notably the tech-meets-art wonders of The Do LaB. (Many festival-goers told me they came for the Do LaB dome installation and would maybe stick around for the headliners). You won’t find a smoother first run of a festival than Panorama’s maiden voyage. 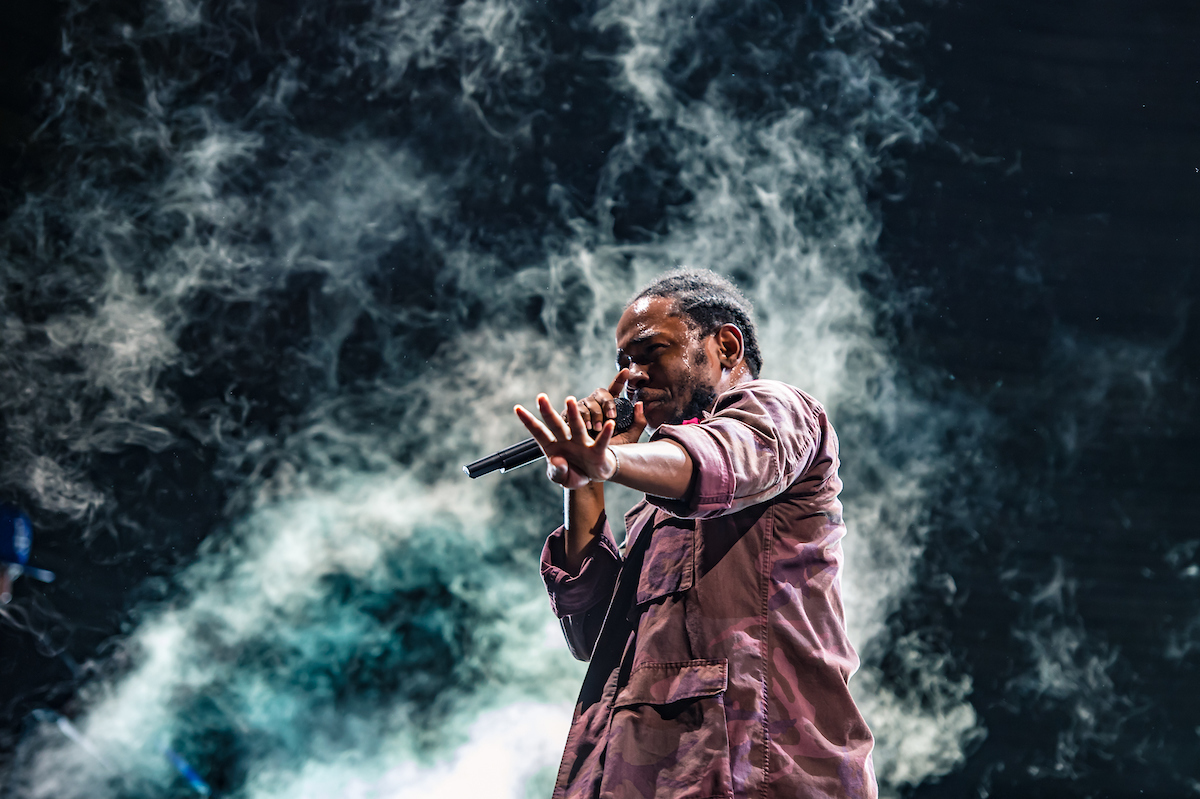 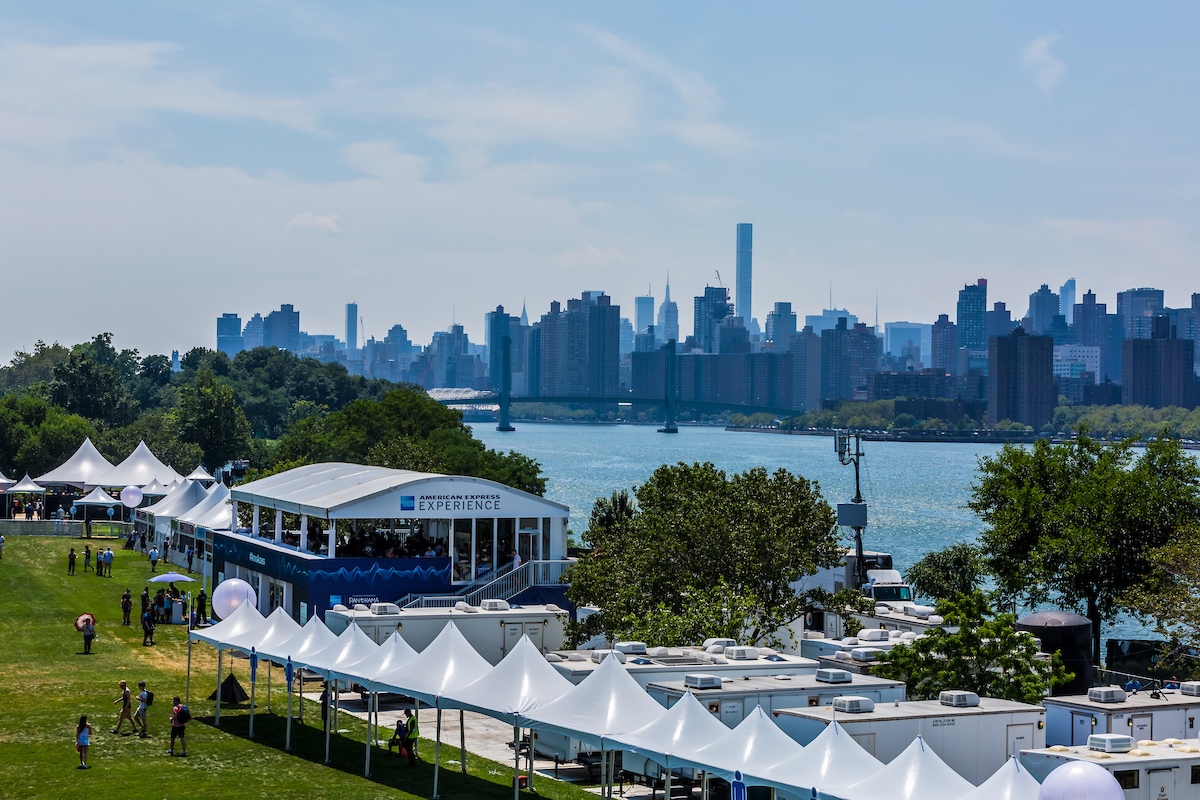 Depending on your vantage point, you're either looking at West Harlem's housing developments, a highway, a driving range net or a football stadium, or, from one sweet spot in between stages, the Manhattan skyline. Randall's Island has also hosted Governors Ball for the last several years, so the backdrop doesn't feel particularly unique or special. Promoters originally intended the festival to be at the Flushing Meadows-Coronoa Park, but were blocked by lobbyists. Thanks guys. 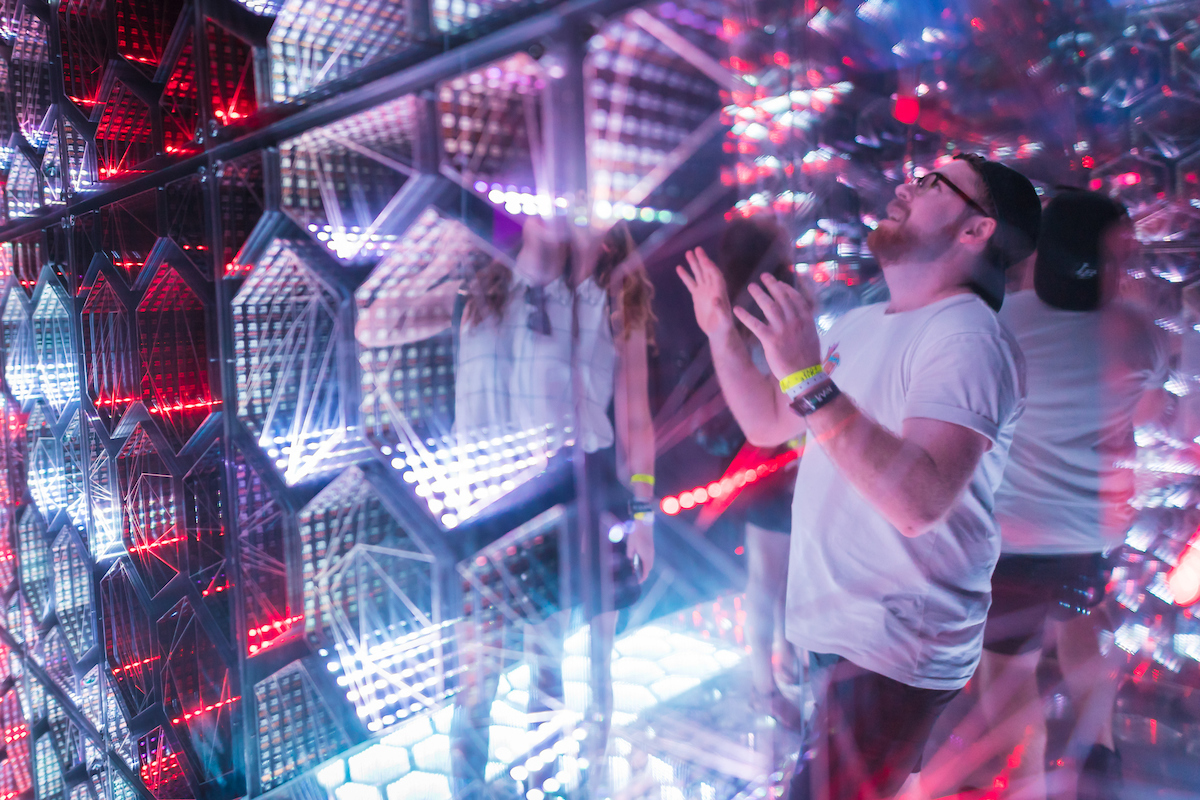 Near the second stage, festival-goers came across a giant digital subway train, approximately 30 yards in length. Right next to the screen, graffitti artists “tagged” the train on a green screen. Pretty cool. The Do LaB’s Dome housed seven interactive art installations, worth the 30-minute wait in most participants’ eyes. The Virtual Reality inside was the kind of mind-blowing fare people crave at an event like this. I also saw a lot of people playing hacky sack, which may be “back.” 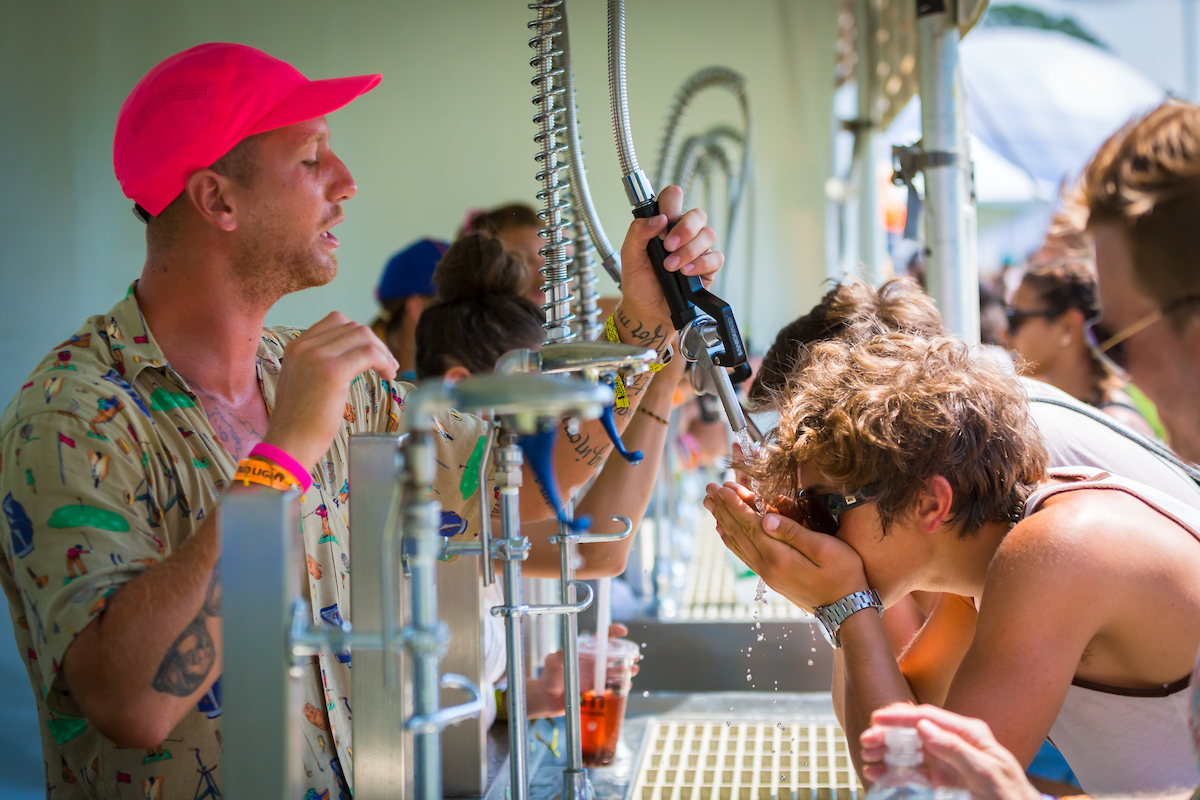 I breezed through the initial gate at three separate times each day. Bathroom lines were virtually nonexistent. The only exception was the consistently epic line at the Do LaB’s Dome and occasional 20-30 minute lines at the DJ tent, for bigger names. 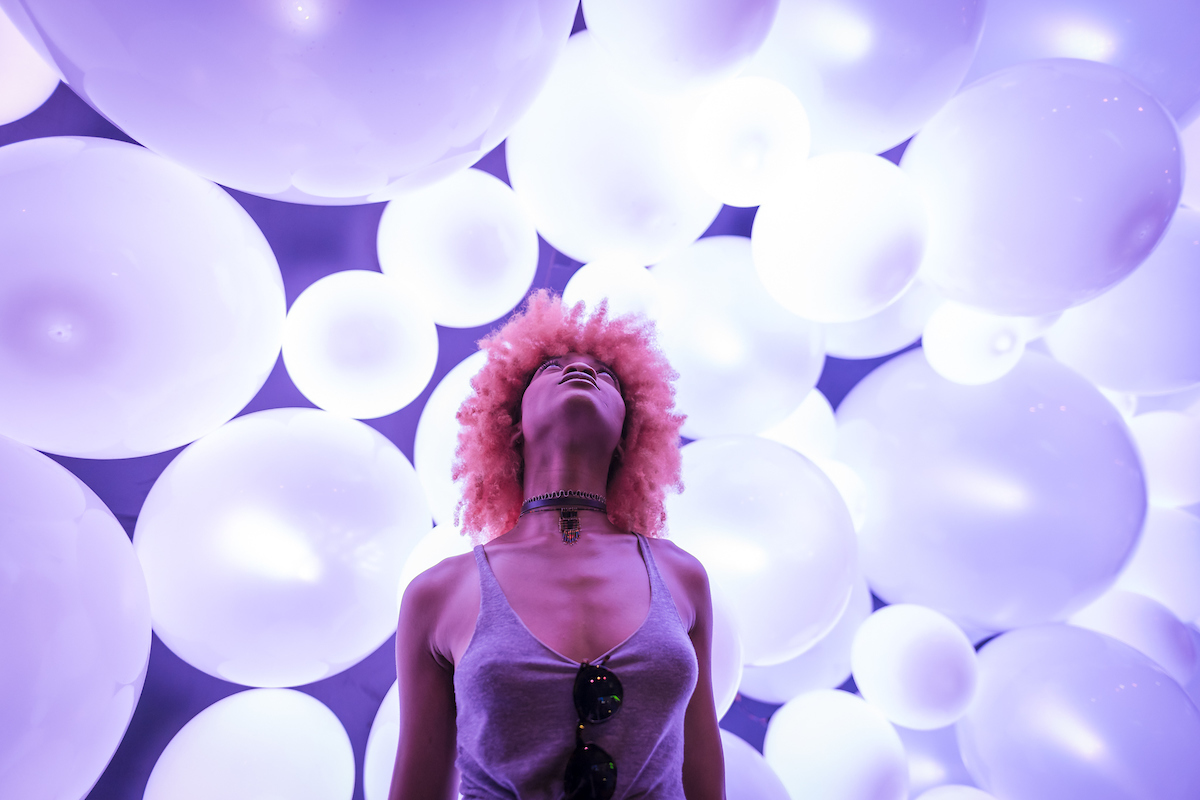 3-Day tickets were $369, and single day tickets ran $125 a pop, which seems about right, given that 3-day Coachella passes were $399 last year. As a baseline for everything else, you can extrapolate from the $9 Bud Light fee. It's New York, and the target audience is decidedly high-end, so you're gonna pay a premium.

Fighting The Elements: B+ 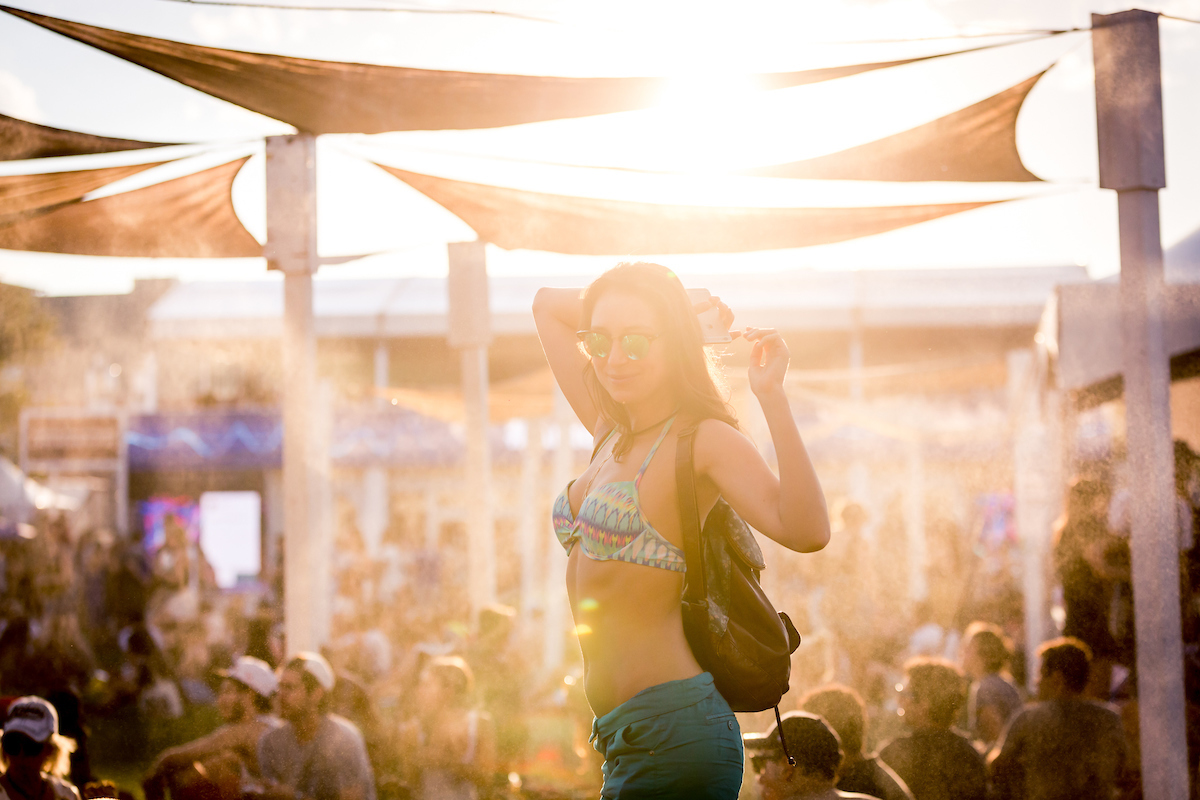 You may have had a spiritual experience in the sweat lodge aka The Pavilion. Whatever. July in NYC is gonna be sweaty, but Panorama provided plenty of shaded areas and indoor DJ tent options throughout the day. Bonus points for mist sprays at the main stage. 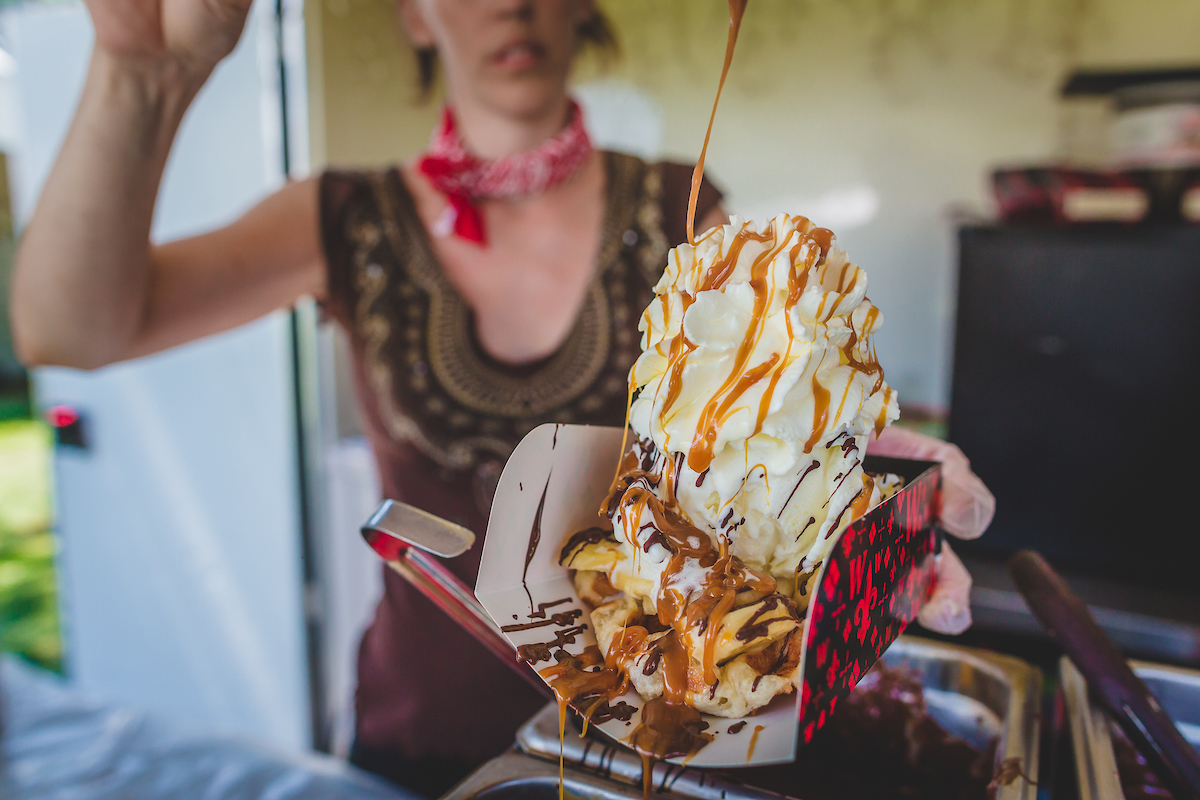 Here’s what I had: two pitas (one falafel, one lamb), an Indian bowl of quinoa, pineapple, corn and salmon, and a burger. All of it was portable and healthy-ish, and I’d eat everything again, FWIW. 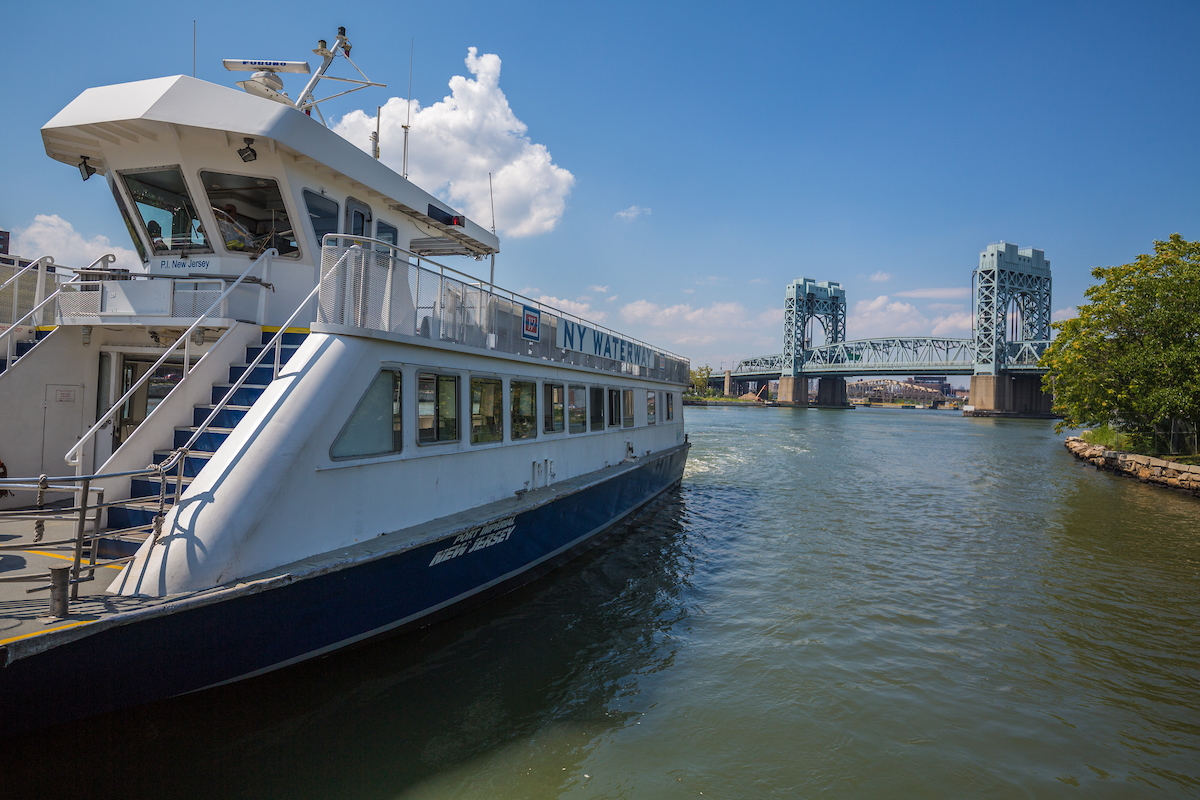 This is a commuter’s festival—sorry campers. You could take the subway to the bus for super cheap (although if you’re coming from south Brooklyn, not having the 5 line up and running from Brooklyn Bridge stop to Brooklyn turned into a nightmare for some). Most people took the shuttle to Williamsburg ($65 for a three-day pass) or the ferry to Manhattan ($55 for a three-day pass). I prefer how Treasure Island Music Festival in San Francisco does it, not charging extra. Add-ons are bummers, but with the cheap subway option it’s hard to complain. 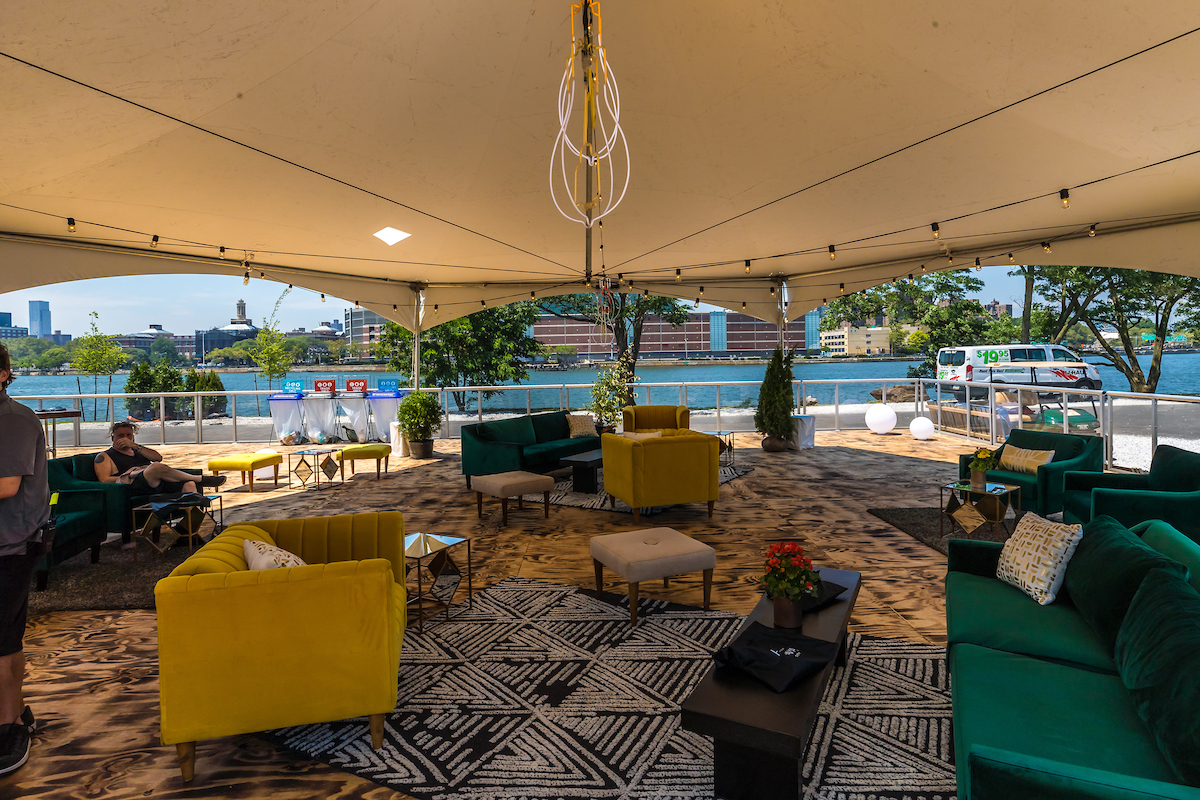 I didn’t really use VIP much, except to charge my phone and use the bathroom. If you’re looking for seats to chill in though, VIP area had several shaded benches and chairs. Panorama gave VIP ticket holders special privileges to get closer to the stages, which may have come in handy for some people when bigger acts came onstage. But when you inevitably run into friends with GA passes, your VIP pass becomes irrelevant.

When LCD Soundsystem plays "All My Friends" to close the festival, you’re gonna walk away happy. The festival went off without incident