Year Nine for Hangout Music Festival is shaping up to be a big one. The Gulf Shores, Alabama, music fest just announced its 2018 lineup, which means it's time to start planning your summer festival agenda....*looks at watch*....now.

From May 18-20, 2018, attendees will be treated to epic tunes from The Killers, Kendrick Lamar, Zedd, Halsey, SZA, Odesza, Portugal. The Man, Foster The People, Galantis, Cold War Kids, Logic, Anderson .Paak & The Free Nationals, AWOLNATION, and many more amazing artists. 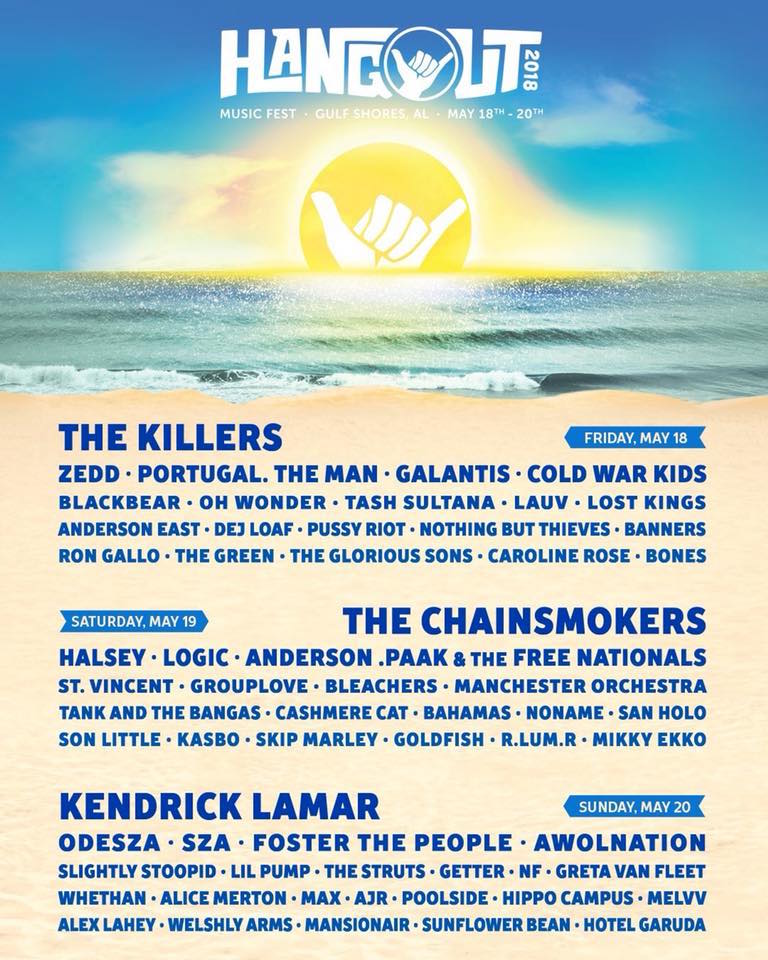 The part of the U.S. in which Hangout takes place is often overlooked by the other coasts (that is, East and West), and it’s deserving that the American Southeast gets a bit of its due in the shape of a world-class music festival. Gulf Shores, as its name implies, is the littoral coast running along the northern edge of the Gulf of Mexico. The gulf is smaller and better protected than either the Pacific or Atlantic oceans, so its waters are calmer and warmer and great for a swim. Not surprisingly, beach volleyball, bonfires on the sand, kayaking and standup paddleboarding are all integral parts of the Hangout experience.

Completely unrelated to beaches and music, but still just as awesome, is the festival's Puppy Kissing Booth. Yes, you read that right: there is a booth filled with puppies where attendees can go for cuddles and kisses in between their favorite acts.

Jam to our Spotify playlist featuring Hangout's 2018 artists below:

See you on the beach from May 18-20, 2018. Hangout Music Festival tickets are available now.