Harbin Ice & Snow Festival: How Do They Make it Look So Beautiful? 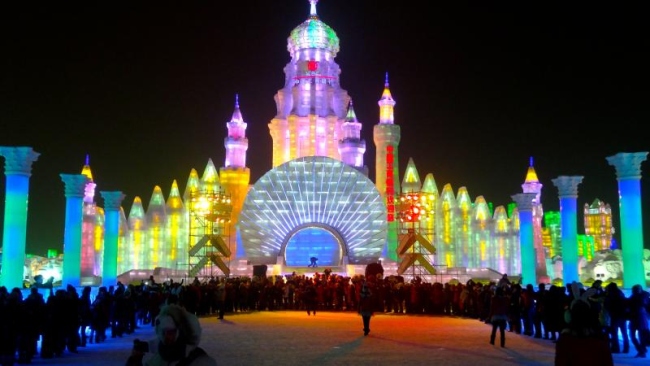 Here’s a little video that captures the grand scale…

And a shot of one sculpture through another… 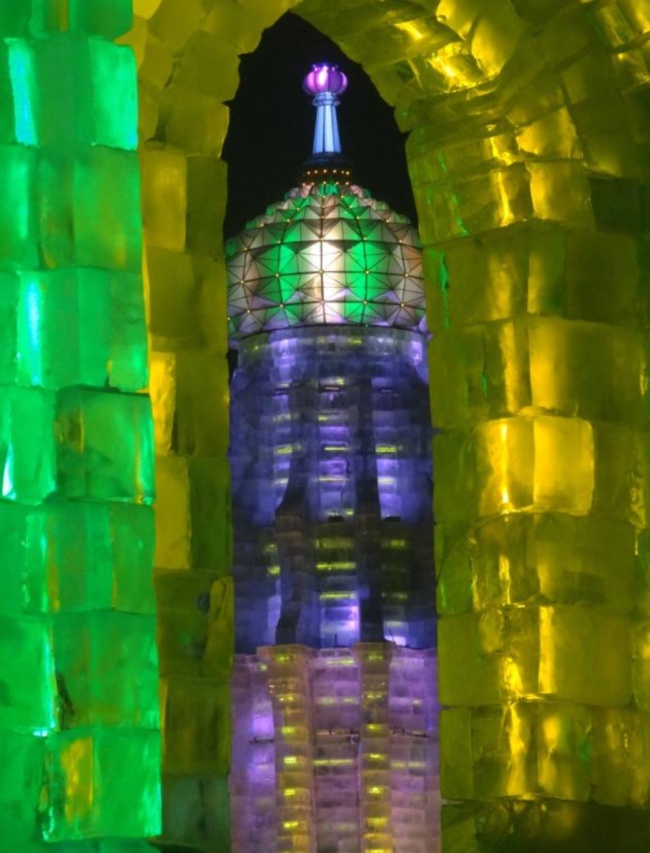 At the Harbin Ice & Snow Festival, you’ll get into a habit of dropping your jaw…until your teeth start chattering. The sheer volume of human-inspired arctic beauty is staggering and comes in small and large packages. Between the four primary parks or amusement zones with ice sculptures, there’s a few thousand works of temporary art, but when you include all the ice architecture created throughout the city for the winter (as it’s everywhere you look), you need to get your abacus out to figure out how much artistic talent went into creating this winter wonderland. 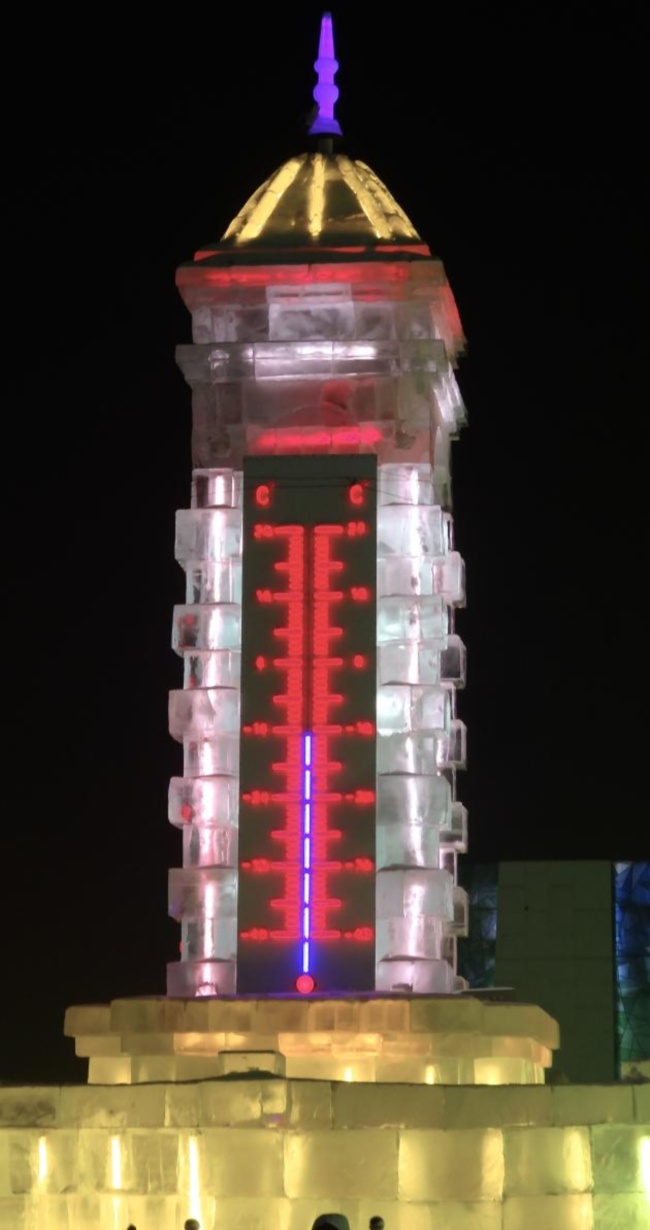 Over the course of the hurried half-month of carving – some by hand, some with lasers – more than 4 million cubic feet of ice will be sculpted, almost all of it pulled out of the Songhua River that bisects Harbin. It’s so cold by early December that this massive river is frozen thick, three feet in depth. The Ice Lantern Festival was the precursor to the current festival (which started in 1963 but was put on hiatus during the Cultural Revolution). During the Qing Dynasty a few hundred years ago, local fishermen would hollow out pails of ice and put candles in them as a means of creating nighttime lighting. Over time, lanterns went from being functional to being an aesthetic fixture of what came to be known as “Ice City,” Harbin’s alternative name in China. 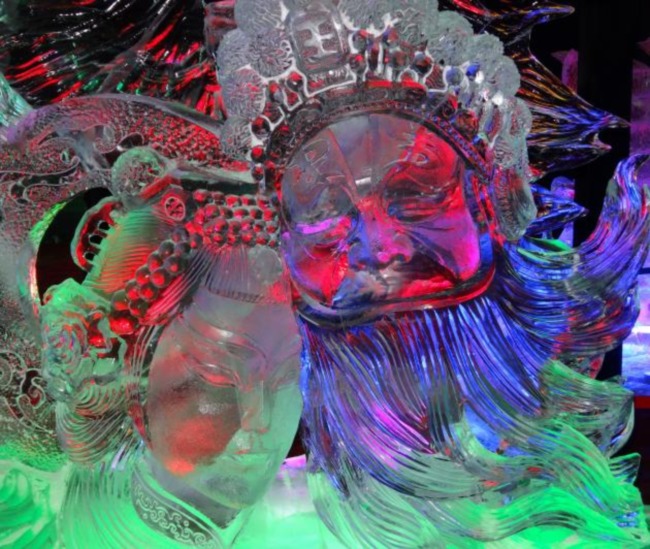 Created by an art student, this one is called “Farewell, My Concubine”

Today, it’s a combination of art and science that creates such an elaborate and ornate ice and snow spectacle. Deionised water is used on some art pieces, which produces ice blocks as transparent as glass rather than the more traditional translucent variety. And, multicolored lights give an ice sculpture a multi-dimensional depth and beauty. Whether it’s the big structures like scaled-down versions of the Forbidden City or the Great Wall or more intimate pieces like the one just below that was part of a student art competition, everywhere you look there’s an aesthetic marvel. 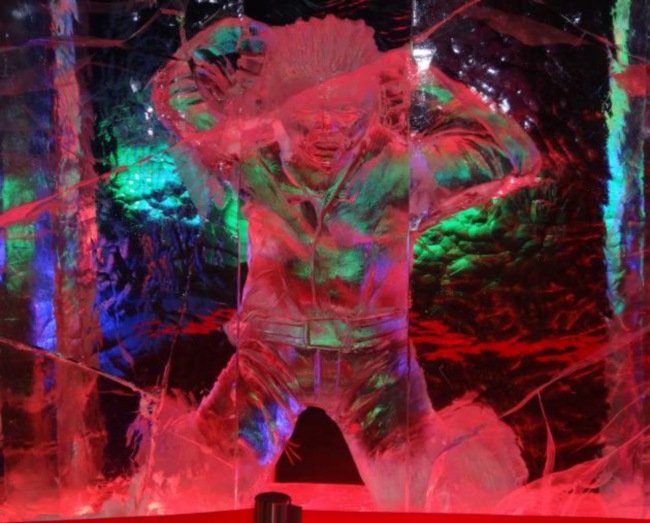 I asked a few people whether they’re worried about how global warming might affect the long-term prospects of their internationally-acclaimed festival. I always got a chuckle with that question as one fellow told me in broken English, “Warm is not in our vocabulary in Harbin.” Even so, just like I’d recommend vagabonding to Havana before it changes, I’d suggest hopping on a plane to Harbin in January sooner rather than later. 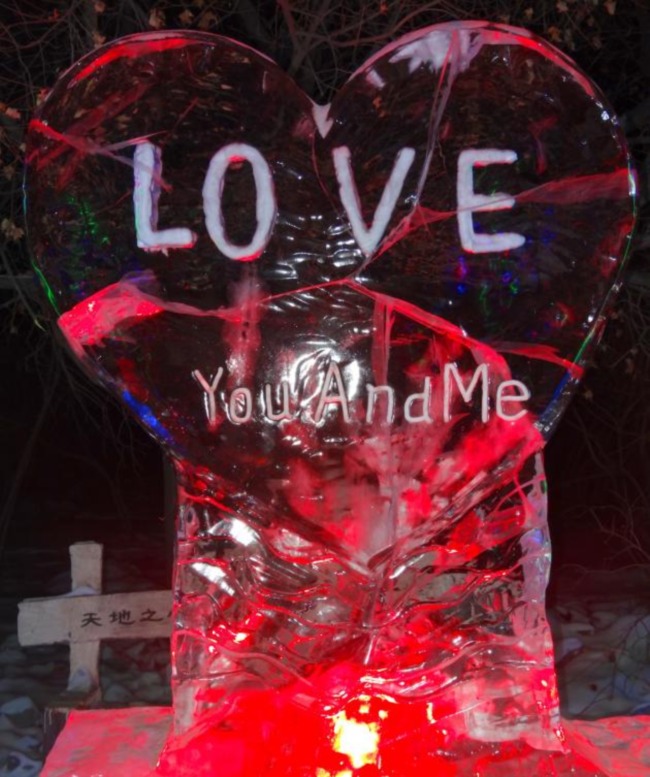