How to Create an Alter Ego for Festivals

I was tromping through a familiar part of the campgrounds, and as more campers had arrived, the landscape changed. I couldn’t find my friends anymore, but I remembered a few of the tents so I pushed through until I arrived at a clearing where a few of the tents I knew were set up. In the center of the clearing was a queen-size inflatable mattress, with a partially awake albeit lost in thought man.

“I remember you,” he said, pointing at me.

“I was here last night with my friends,” I replied, “were you here too?”

“Yeah, you were sitting on the other side of the bed and we were all smoking a blunt.”

“Sounds about right,” I laughed, then noticed he hadn’t left his spot. “So, still rocking the bed then?”

“Yeah, you I know I realized something,” he stared off into the clouds. “A lot of people I meet, they have a thing, you know? Like, it’s who they are and it’s what they do, and they bring it and make it a part of this place.”

“It isn’t even noon and this guy is already peaking,” I mumbled with a tinge of envy. I looked around for my friends but didn’t see them, so I stuck around to listen.

“...and you know what?” The potato inquired. “I think I found my thing. I’m going to be the Daybed Guy!”

I laughed out loud and thought of the other ‘people with things’. The festival guy, the festival lawyer, captain planet, the list goes on and like him, I wanted to have something to offer that could cement my place in this community. 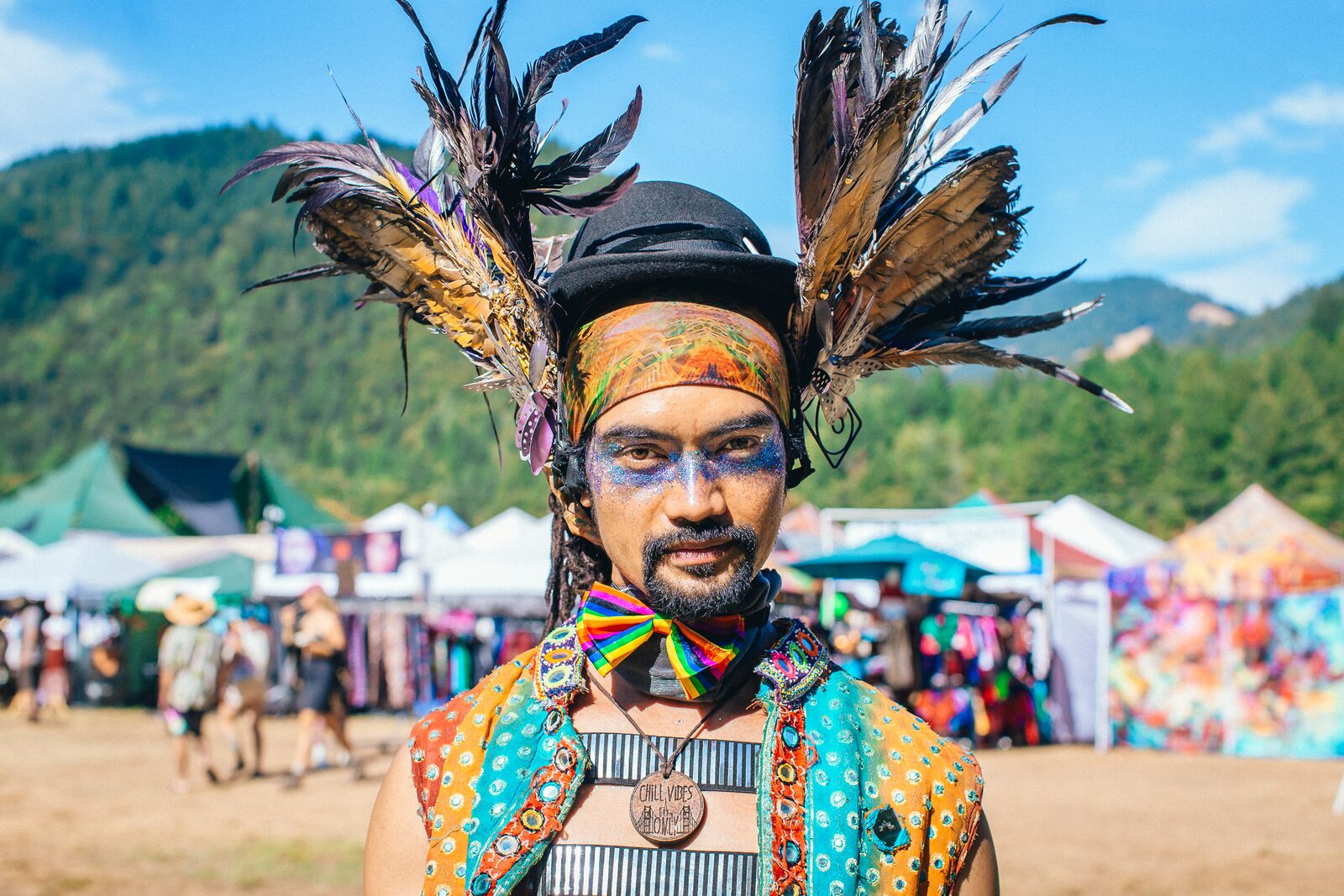 There’s something alluring about the cast of characters that emerge in these places where weird is celebrated, but it wasn’t until last year at one of California’s best boutique fests, Northern Nights Music Festival, that I witnessed the magic of festival alter egos first-hand, when I met “‘Daybed Guy.”’.

Fast forward to the evening, I saw Daybed Guy out on the dancefloor, back-center, rocking his daybed. He was posted up in the same location all night long offering solace to anyone weary from the action-packed dance floor. As energy became more intense, demand for his services grew until eventually his daybed was a haven for a gaggle of new friends.

The lesson? Not all heroes wear capes. More importantly: you can be one too! Just create an alter ego to summon up a superpower for festivals. Here’s how!

Step 1: It Starts With Self-love 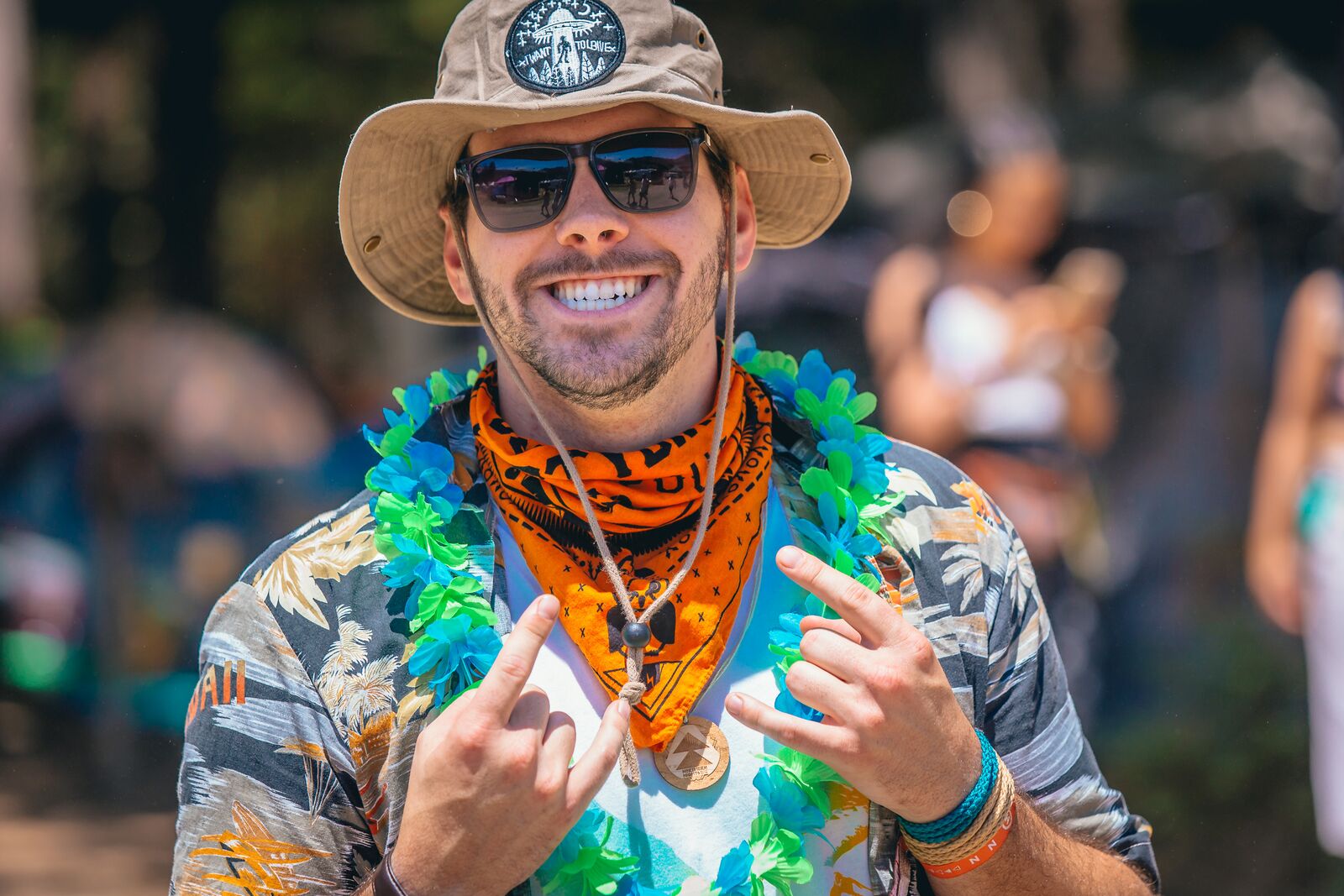 Sit down and write a list of ‘things’ you like about yourself. Make them actionable qualities that you do. Verbs. They should have some artistic value or financial worth. Painting, dancing, building are all great examples. Consider these qualities as a way to hold space for your own excellence. Think of this step as the start to metamorphosis; the caterpillar must be able to hug itself before it can create a cocoon. 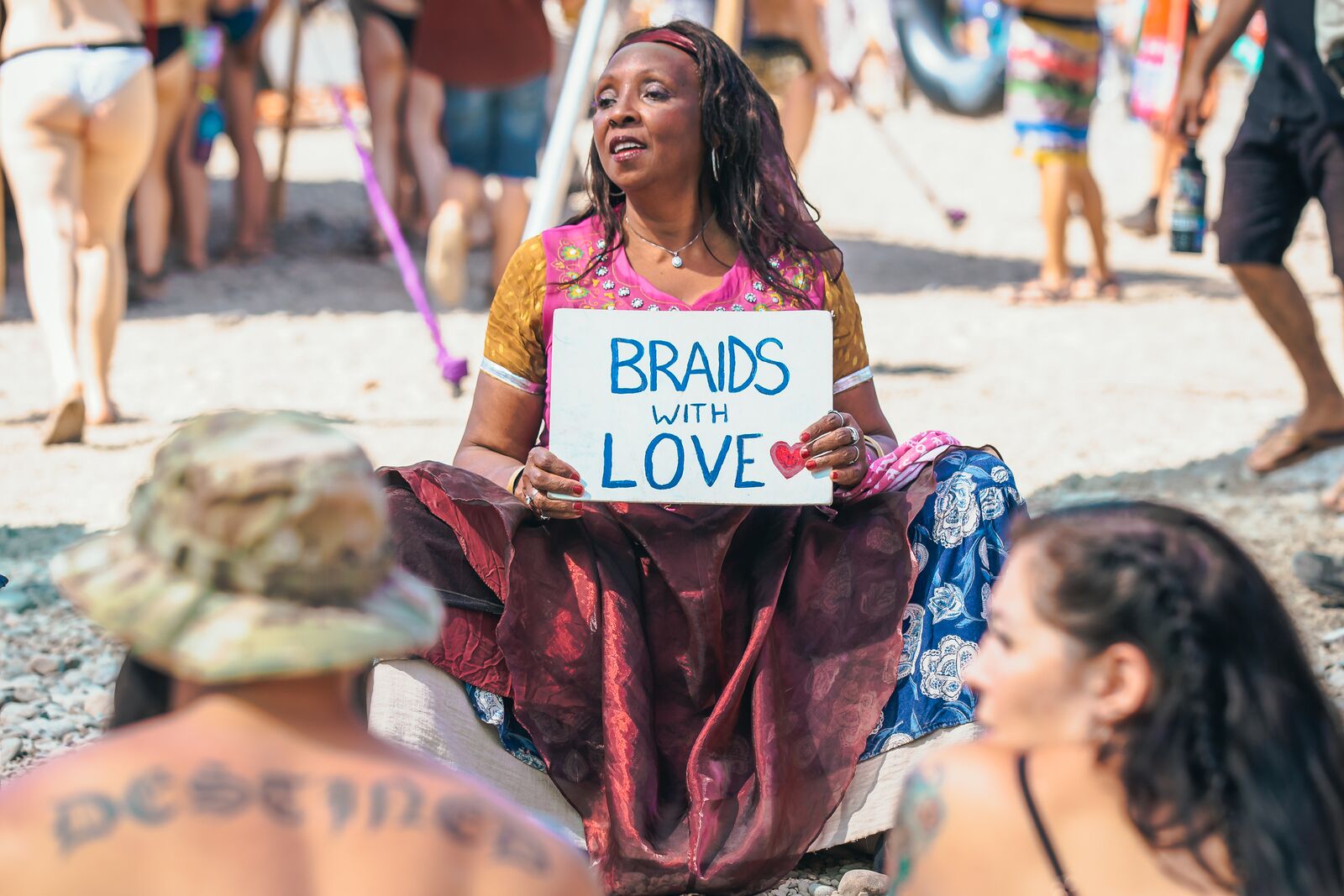 Practice viewing festivals as a potluck of experiences where the contributions we make are the meals guests bring. To paraphrase John F. Kennedy, ask not what the festival community can do for you, but what you can do for the festival community. In other words, identify areas of improvement. Look at the gaps in systems that fuel growth and development where your addition completes the circle. Sometimes it just takes rummaging through your toolbox of special skills to see you have a superpower. Now apply them.

Step 3: Decide on a Calling Card 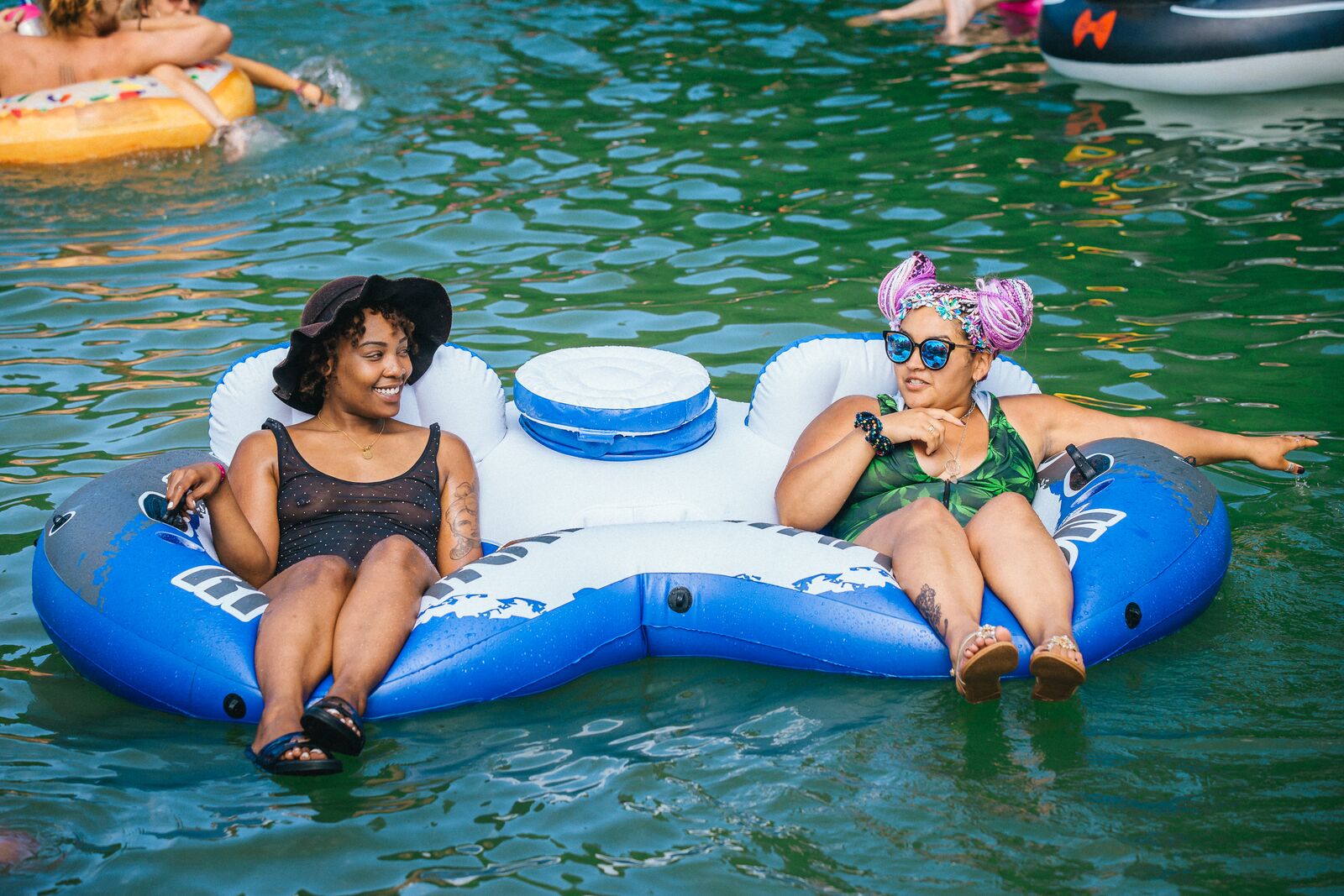 Now that you’ve got a contribution you’re making, it’s time to create a name that can represent your new alter ego. Share it proudly on Facebook, Instagram and Twitter. Pick a name that suits your ‘thing’ and practice using it in real life when you introduce yourself to new friends. Then, encourage them to do the same.

Step 4: Commit To It 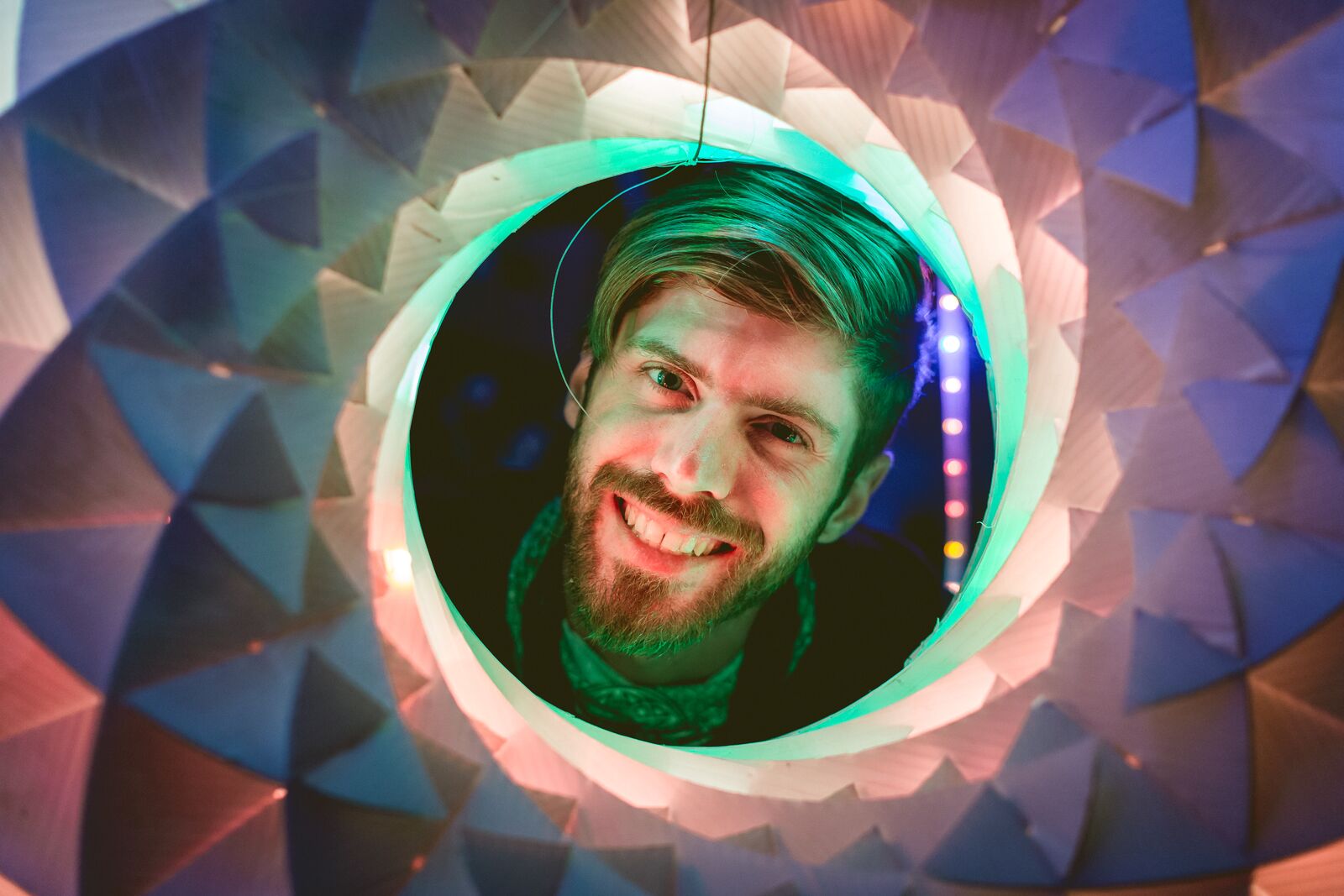 A lot of the most animated and zany festival personalities only show up a few times before hanging up their top hat or their pashmina for good. Probably the most overlooked and also the most challenging part of creating the corresponding superpower for an alter ego is sticking to it. Not everyone can keep on it but those who do definitely will enjoy it!

If you ever get a chance, ask the Daybed Guy when he turns up posted up in the campgrounds at Northern Nights or providing sanctuary back-center at the main stage of some other festival near you.