How to Deal When Your Favorite Festival Gets Canceled

We started getting the frantic and confused texts as we were drying the river water from our bodies, after a few hours of languid Lone Star drinking along the Barton Creek Greenbelt. “Levitation Has Been Canceled,” read one texted screenshot from our friend Lea. “She could’ve photoshopped it?” my friend Matt wondered, a hint of fear in his voice. It was 5 pm on Thursday, the day before the 9th annual Levitation festival was scheduled to unfurl its freak flag of psychedelic music like a spell over Carson Creek Ranch in Austin, Texas.

As we trudged back to the car doing reconnaissance on our phones, it became official. The beloved independent psychedelic music festival had been called off due to dangerous weather, complete with warnings of large hail, high winds and the slight chance of tornadoes. Classic Texas weather; it can change on a whim and when it does, run for cover.

Each year, there is usually a rogue downpour or two to punctuate Levitation’s annual mind melt, and everyone brings rain gear in preparation for a little mud. My veteran friends told me in 2015 it rained so hard one day that one of the riverside stages was moved due to erosion and flooding. Texas storms aren’t anything to sniff at; each year people are killed by flash floods.

I was ready for rain, so to cancel the fest completely seemed like overkill at first. I’d dreamt of attending Levitation for four solid years, and had finally made the trek with 14 of my closest friends from San Francisco. We scored an appropriately weird house with walls covered in strange, psychedelic art and a rented party mobile (okay, a Dodge mini van) to take us to and from the festival grounds. I was so hellbent on finally getting *my perfect Levitation experience* that I was in complete denial about the angry black storm clouds filling the eastern skies as we drove back from the river to our East Austin abode.

Let’s be clear: the festival organizers, Carson Creek Ranch and Travis County did the right thing by first and foremost keeping everyone safe. Just check out the damage the predicted storm wreaked on the festival grounds early Saturday morning. However, the vibe permeating Austin the evening of the cancellation was morose. You could practically hear all the drunken, wistful what-ifs drifting on the evening breeze. 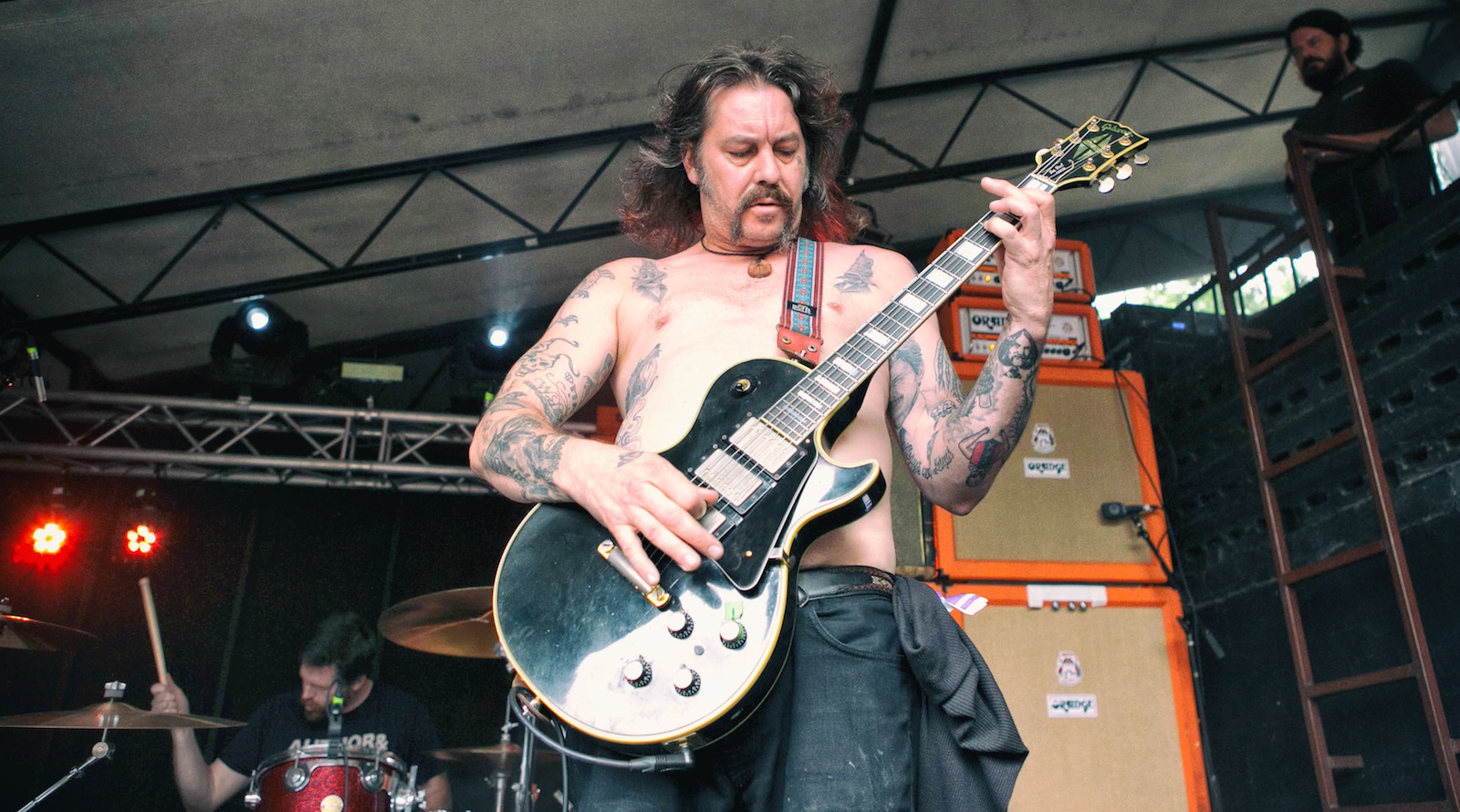 Sleep performing at a replacement show at the Mohawk in Austin. Photo by: Steven Ruud Photography

When a festival you’ve come so far (and spent so much money) to attend gets canceled at the last moment, the hurt goes pretty deep. It’s almost like going through the Kübler-Ross stages of grief. An epic experience is lost, and even if you try again next year, all the unknowns will remain. Then you start to think about the bands you wanted to see and how you’ll never get to see them all in the same place, ever again. You feel robbed. Then there’s the money you already sank into passes, travel, lodging, wardrobe accoutrements, and the time you took off work. 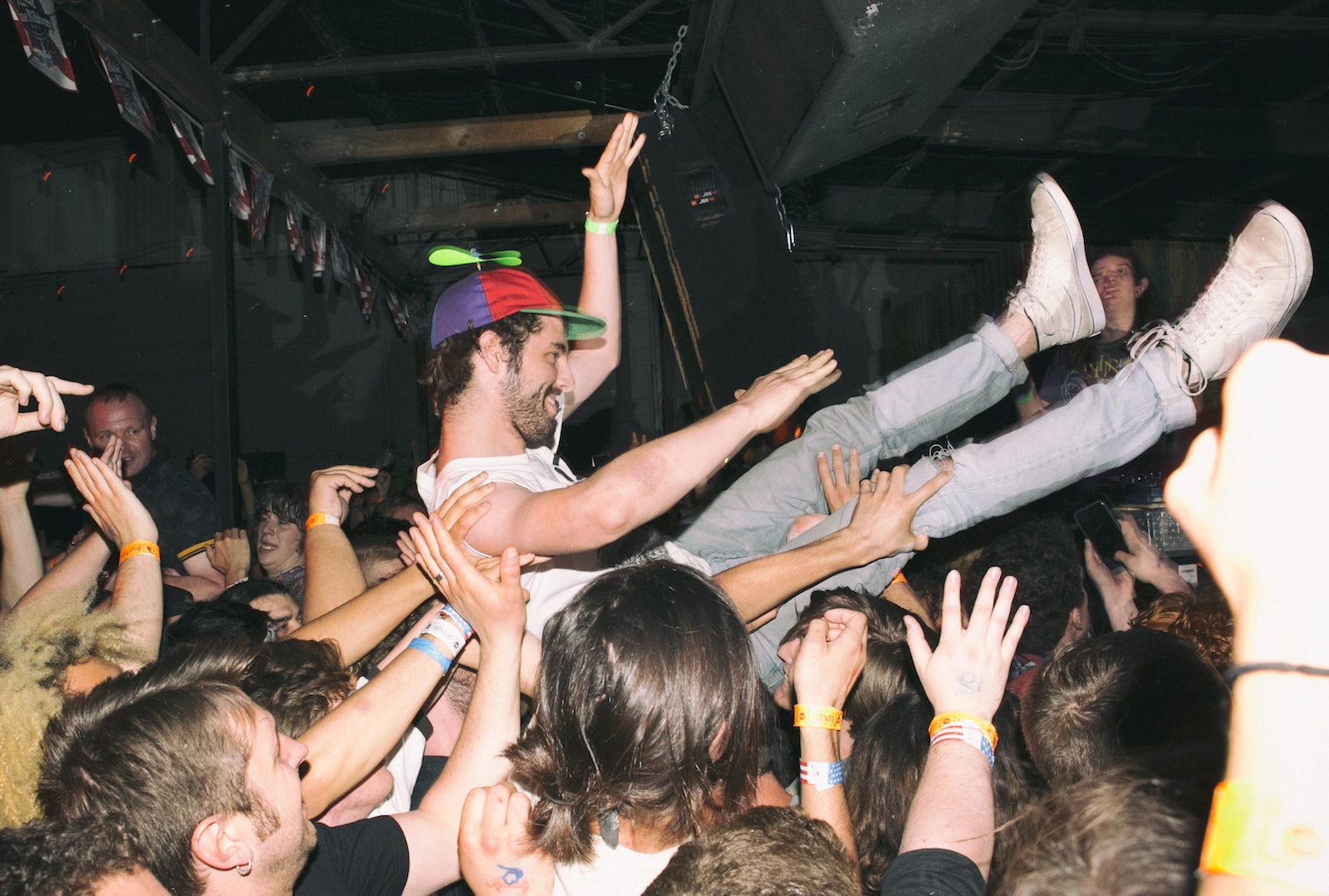 A crowd surfer during Mild High Club at the Barracuda in Austin. Photo by: Steven Ruud Photography

What can you do? Scream and stomp your feet all weekend? Instead, look for silver linings. They're always around, especially if your canceled fest is in an amazing city like Austin and you’ve got your friends with you. Most festivals refund passholders (Levitation does), so there's your first. The morning after the cancellation, a fantastic slew of replacement shows were announced at venues around town, the majority of which were either free or $5 – there's your second. Caribou, Bayonne, Sleep, Sunn O))) and Boris at the Mohawk. Brian Jonestown Massacre, Slowdive, Twin Peaks, Allah-Las, Mild High Club, and the Black Angels at Scoot Inn. Dungen, Uncle Acid & The Deadbeats, and an Animal Collective DJ set at Empire Control Room. King Gizzard & The Lizard Wizard, Holy Wave, Magic Wands, and Mystic Braves at Barracuda. An Ultimate Painting sunset gig, and a free Parquet Courts show on Saturday afternoon. They all sold out in minutes, and let lucky ticket holders see their favorite bands in intimate settings. All proceeds went to benefit the Austin Relief Alliance Fund. 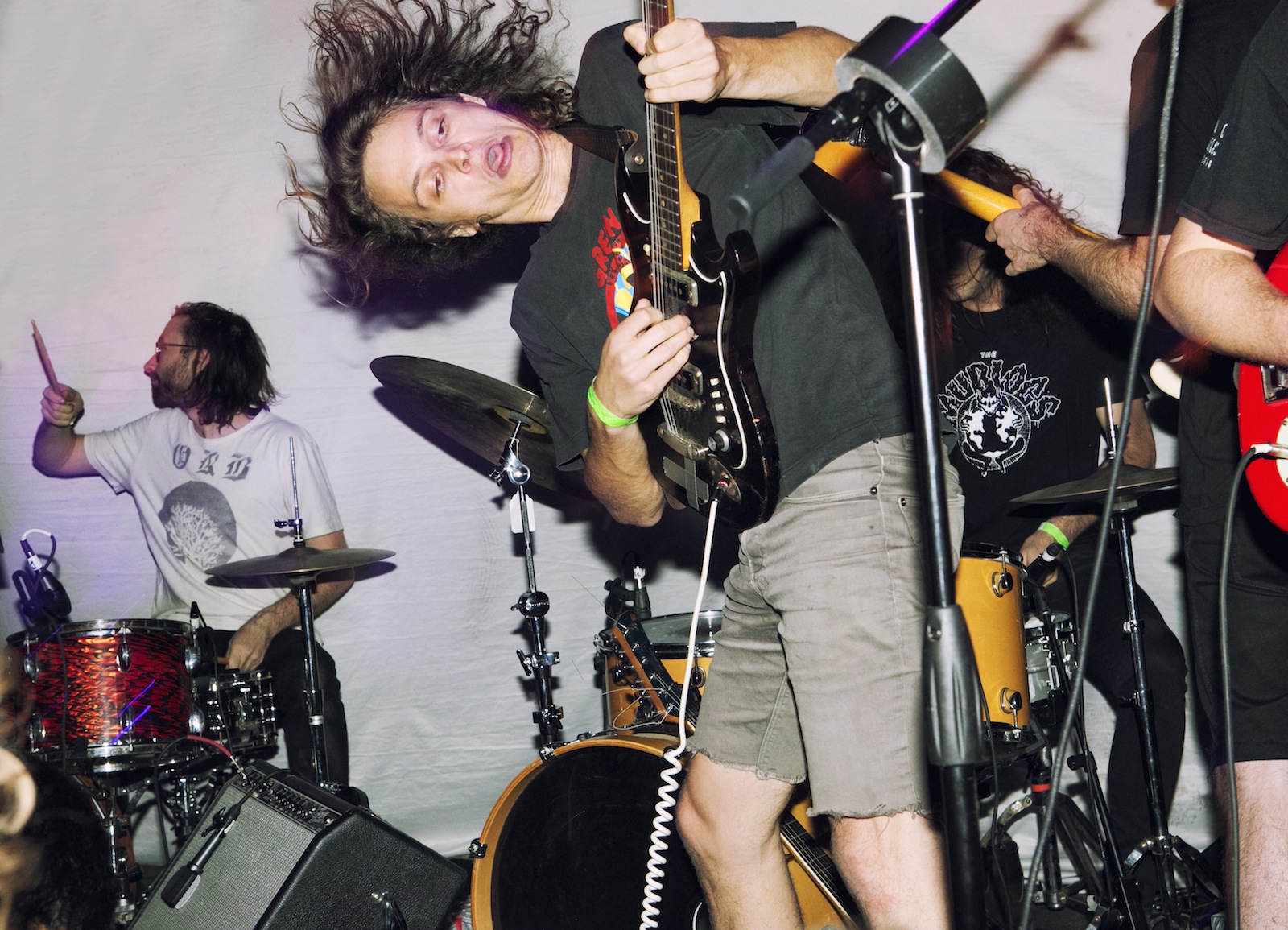 King Gizzard & The Lizard Wizard performing at the Barracuda in Austin. Photo by: Steven Ruud Photography

If Austin wasn’t the live music capital of the world, it wouldn’t have been possible for Levitation to come back to life in less than 24 hours. But it did, thanks to the fest organizers, the city, the venues, volunteers, musicians, and other assorted string-pullers. More unofficial happenings all over town, from free house shows (I heard Uncle Acid & The Deadbeats actually played at an Airbnb near Carson Creek Ranch) to in-store performances and impromptu DJ sets popped up. Even the festival’s vintage vendors got together to host a mini vintage fair, complete with a DJ set and a bar. Silver linings galore.

After the disbelief wore off and I had a few shows under my belt, the magic of what Levitation had become began to sink in. If your favorite festival gets canceled last minute, you won’t make it through the weekend without a level head. Carry these tips with you on all your future festival adventures, and you’ll be able to handle anything. 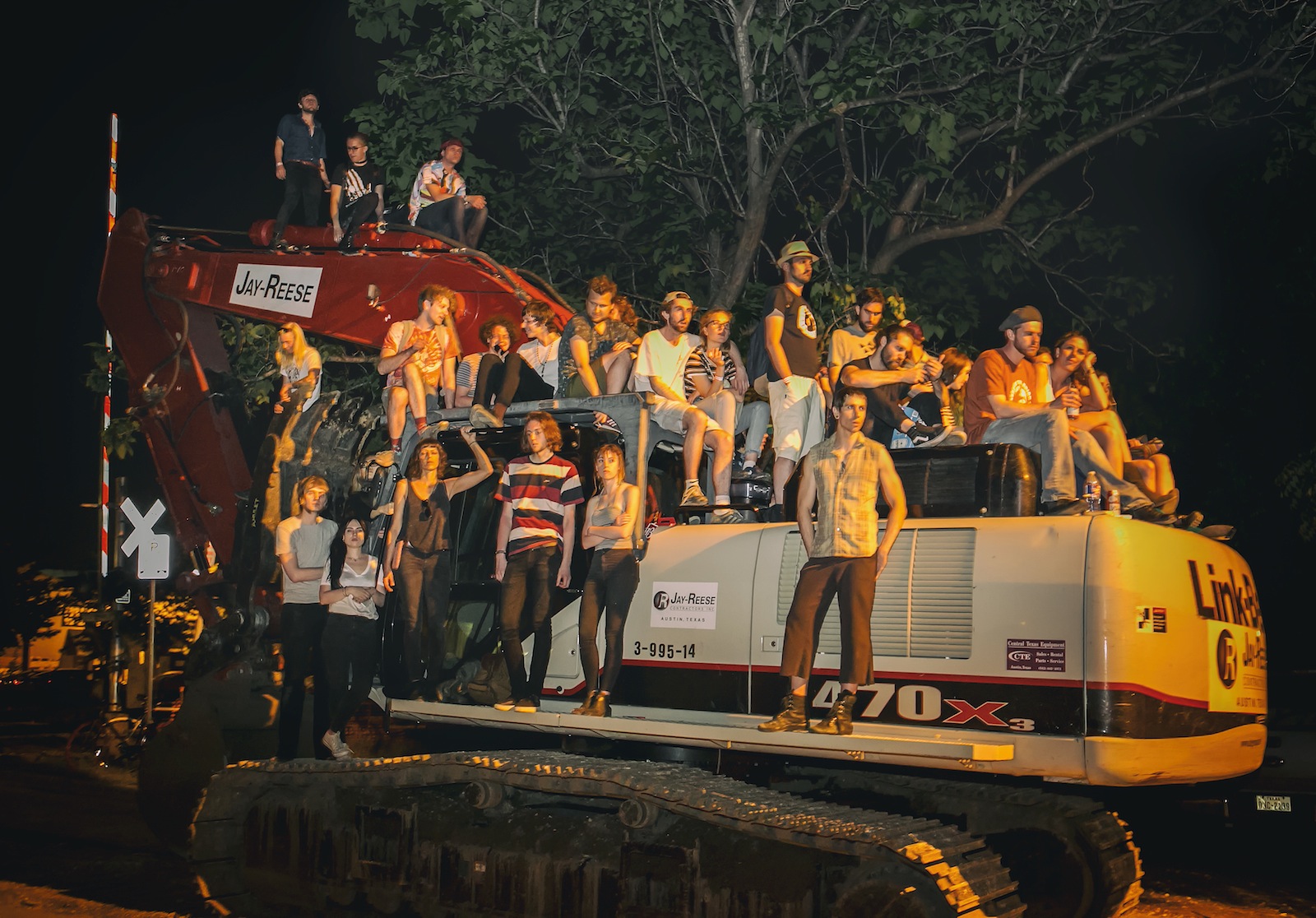 People who didn't get tickets to replacement shows got savvy and listened to the music atop a tractor outside the Historic Scoot Inn. Photo by: Steven Ruud Photography

Queso and Lone Star help. But really, you never know when things might change for the better. I was so upset that I could barely form a Plan B. Luckily my friend crew snapped me out of it by looking for more information on Facebook, and bam! We had tickets to all the best shows. People who didn’t get tickets got savvy and found ways to hear the music regardless (see photo above). Even if no replacement shows come up, pouting and complaining won’t make amends for the canceled festival.

Get Ready to Explore

If AFROPUNK Fest was canceled, you'd have plenty of chances to explore New York. Photo by: Nashish Scott

You won’t be at a festival all day and night like you’d planned, so you’ll have some time to explore whatever town you’re in for the weekend. Play tourist, make new friends, go with the flow. It’s a different kind of choose-your-own-adventure vibe from the one you came for, but just as good.

You’ll need it to keep as up-to-date as humanly possible on all festival news and developments via Facebook, Instagram and the fest’s website. If my friends hadn’t been scrolling through their Facebook feeds the morning the replacement shows were announced and spread the word to the rest of us, we never would’ve snagged tickets to so many amazing shows. You might even find someone on Facebook willing to sell or trade any extra tickets. 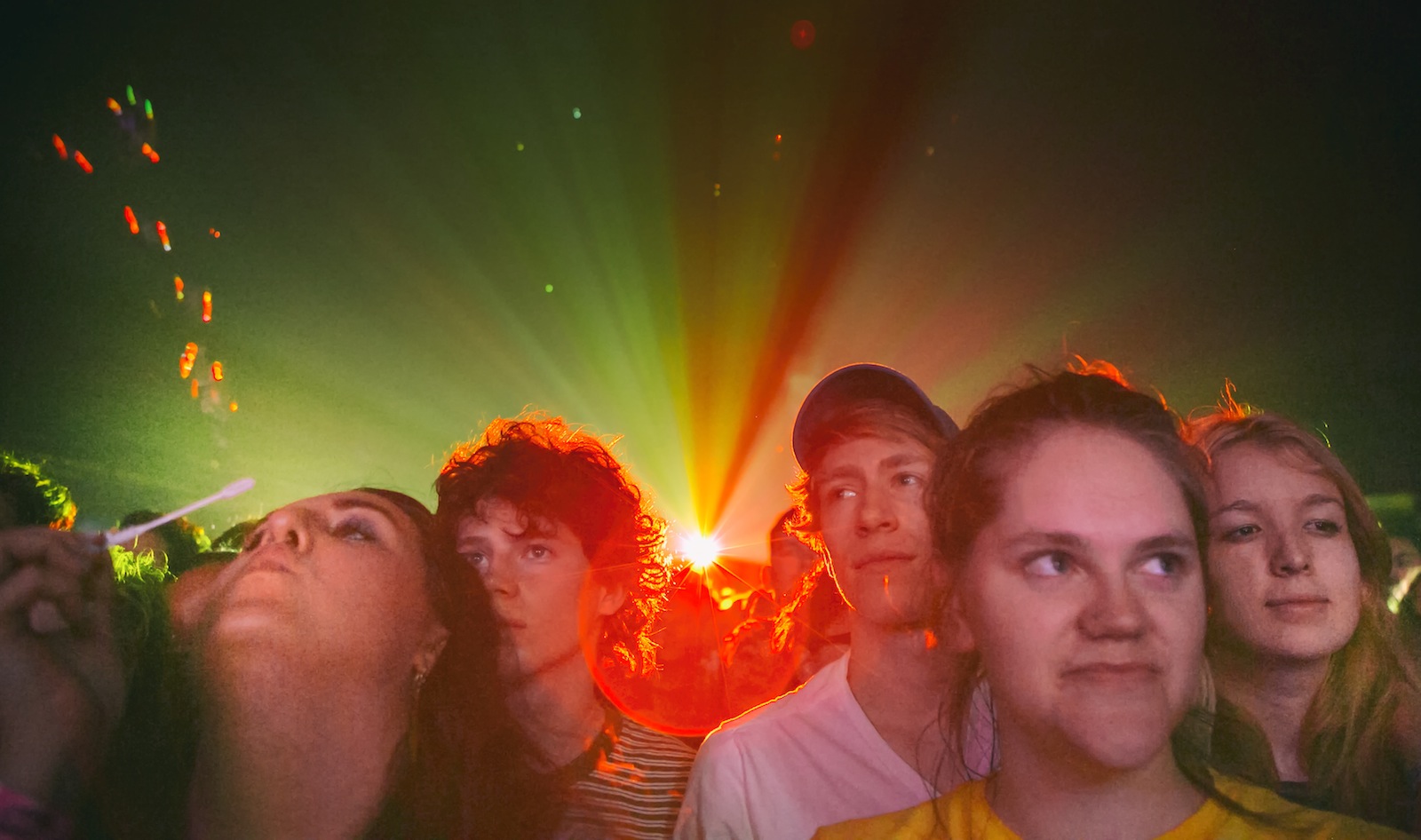 You’ll get your refund. It might take some time, but complaining and angrily trolling a festival’s Facebook page isn’t going to make your refund come any faster, and will just prolong your anger over the whole situation. If you truly feel a festival isn't being transparent enough with its attendees, contact the festival directly to air your grievances. 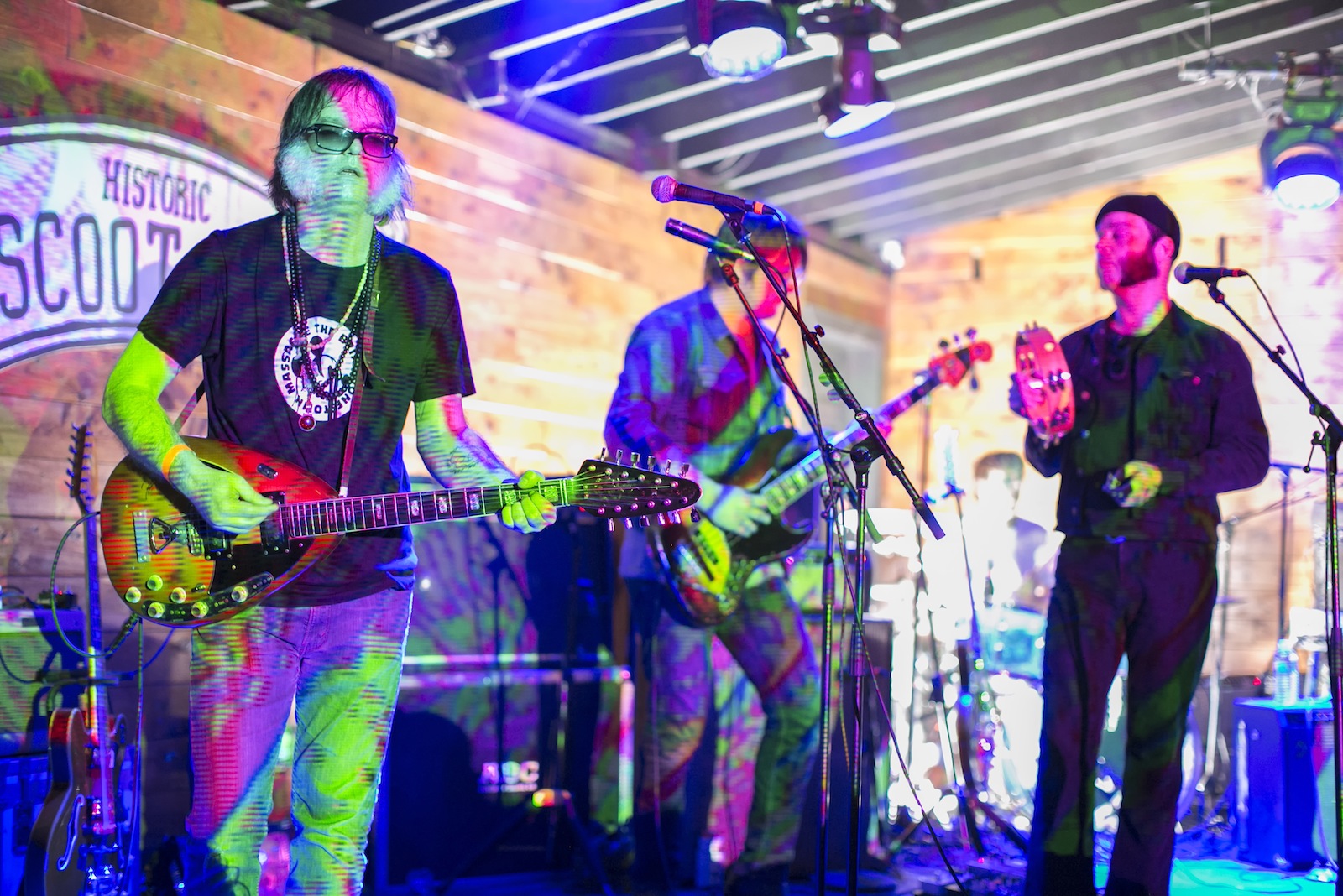 Once you get your refund, put that money to good use. Think about keeping it in a safe place (like a bank account) that you can designate for future festival adventures – whether for the same festival or a new one you’ve dreamt of experiencing. That way, you’ll really feel like you came out on top.