Looking like an alien war-mobile descended from space in order to convert hordes of humans with dance music, Arcadia Spectacular's Resistance, a 65-foot-tall metal spider, stole the show at Ultra Music Festival in Miami this past weekend. Yep, it wasn't a headliner or particular song that came to define the 2016 Ultra experience – it was the UK-born, fire-spitting DJ booth that made its American debut at the Miami music festival.

The performance art collective and stage design company, which has also set up at major festivals like Glastonbury, captured festival-goers with a choreographed “landing show,” a 20-minute presentation of the massive, flame-throwing, laser-emitting mechanical spider (made from recycled materials). It occurred daily at the Resistance Stage at 8:30 pm, Friday through Sunday, and set an epic, hard-driving tone as day turned to night.

In its signature theatrical style, an ominous, pre-recorded voice wove a tale of an alien spacecraft's (in this case, the Resistance Stage itself) discovery of Earth. Dynamic aerial dancers dotted the metal behemoth, further enrapturing Ultra attendees as UK tech house star Hot Since 82 graced the booth.

Don't believe in the mind-bending monstrosity of the Arcadia Spectacular DJ booth yet? The photos below will convince you. 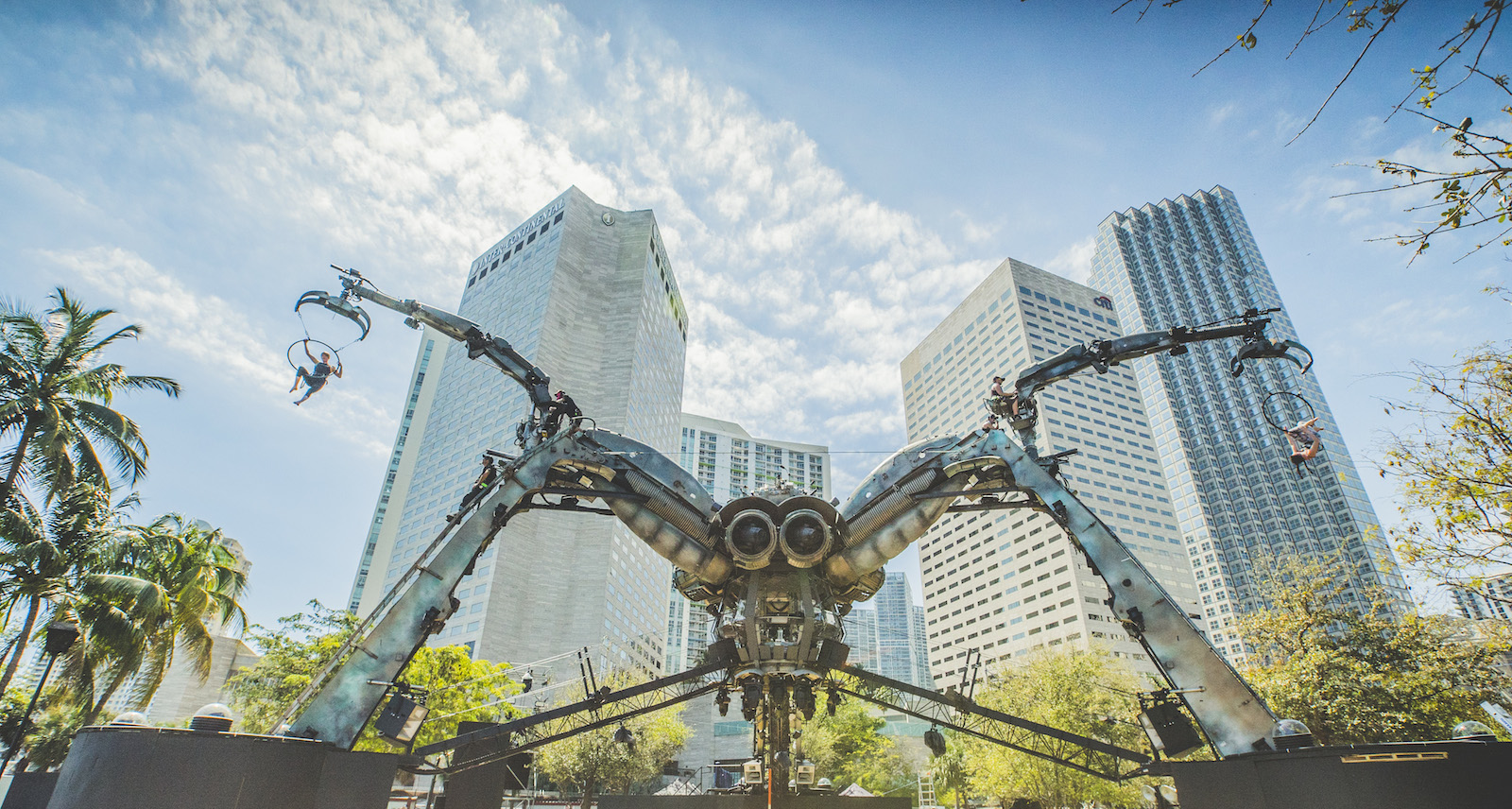