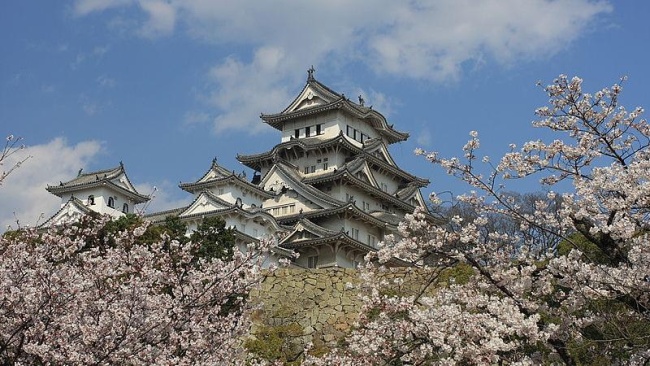 The Japanese come armed for a picnic in the park on weekends in the early spring. If you’re staying in a hotel, ask them to pack a picnic for you and definitely bring a blanket as the lawns can still be a little damp due to the rainy season. Arrive relatively early (before 11 am) in the most popular parks.

Hanami at night is called yozakura. In many places such as Ueno Park in Tokyo, temporary paper lanterns are hung for the purpose of yozakura. On the island of Okinawa, decorative electric lanterns are hung in the trees for evening enjoyment, such as on the trees ascending Mt. Yae, near Motobu Town, or at the Nakijin Castle. While it’s colder at night, it’s a little quieter, more romantic, and it’s nice to have a flask of sake by your side.

One of the most popular spots for viewing is in the mountain town of Yoshino. About 500 meters above the cable car station you’ll see Kimpusen-ji that is reputed to be the second-largest wooden building in Japan. In town, you’ll also find the Tokyo National Museum that includes the world’s largest collection of Japanese art.

The cherry blossoms only last for about two weeks maximum and the Japanese Meteorological Association has information on which spots are the best places to see blooms on any particular week. Spring tends to progress from south to north and you’ll even see “mankai” signs (meaning “full bloom”) posted at railway stations in each region. Some businesses close during Sakura Matsuri (cherry blossom festival) so their employees can enjoy one of the most traditional customs of their land.