It's Time for Ultra to Ban Headdresses

In 2014, Canada's Bass Coast  made headlines when it dropped the hammer against headdresses at its festival; that same summer, a slew of other Canadian festivals followed suit, including Montreal's Osheaga Music and Arts Festival . Electric Forest officially added the head gear to their prohibited list in 2015 and shortly afterwards, Glastonbury banned vendors from selling "war bonnets" at Pilton Farm altogether.

This past weekend at Ultra Music Festival , well-known activist and Miccosukee Tribe member Houston Cypress was dismayed to see dozens wearing Native American headdresses. In this piece from the Miami New Times , he details the experience.

"Headdresses are earned status symbols in our community," Cypress explained. "It takes training and accomplishments and real sacrifices to earn the right to wear them, so it felt like they were stepping on our sovereignty...By wearing them, they were not only erasing our history, but also who we are today."

To highlight the issue and in hopes of sparking productive dialogue, Cypress took photos of himself, dressed in native Miccosukee clothing, alongside a handful of offenders to "turn the camera on these people who want to be Indians." See the photos here. 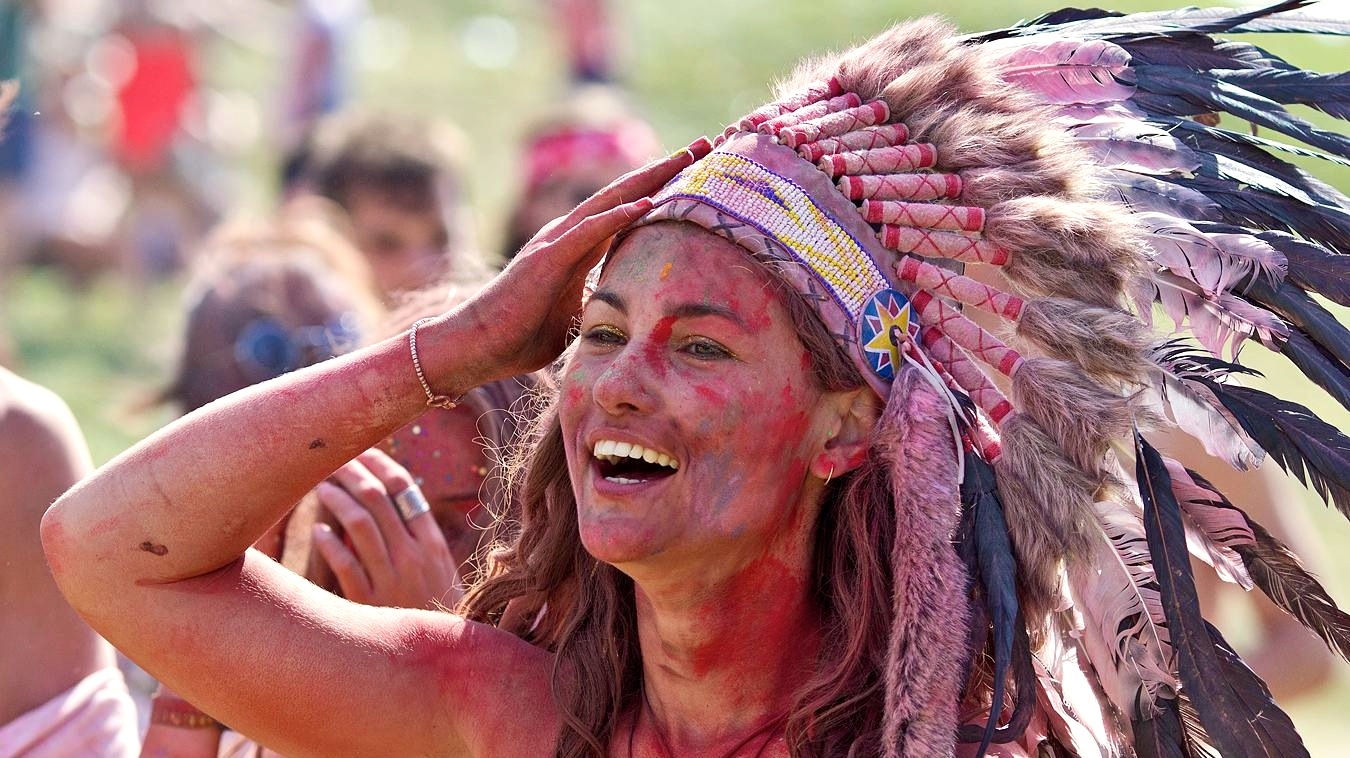 Similar megafests Tomorrowland , Mysteryland and Electric Daisy Carnival have largely remained mum on the subject – although, in 2017, ahead of Psycho Circus , Insomniac did publish a note  asking attendees to leave the pieces at home, saying, "We say it time and time again: It’s cultural appropriation, so don’t do it."

Headdresses are bestowed upon members of Native American communities to symbolize respect, tradition, honor and generally achievement. To wear them as a fashion item is culturally insensitive appropriation, and disrespectful. You can wear any number of things on your head, it's time to get creative. Don't just take cues from Instagram or tone-deaf fashion blogs. Let's make headdresses at festivals, or any event, really, a thing of the past. Leave them to those the respect they deserve.  If Ultra took a stand against cultural appropriation, who knows who'd follow suit behind them. It just takes one.