Arguably the most diverse music festival in the Pacific Northwest region, Bumbershoot has had a few decades' worth of experience perfecting its annual lineups to cater to any kind of music fanatic. Since 1971, the fest has proliferated and expanded to include robust programming in the realms of comedy, arts & ideas, yoga, cuisine, dance, and even theater.

Today, Bumbershoot's sprawling lineup was announced, and it's worthy of the Seattle, Washington, fest's illustrious and inclusive legacy. Spanning almost all the most popular mainstream music genres, J. Cole, The Chainsmokers, SZA, and Fleet Foxes top the bill, while comedians such as Emily Heller, Eugene Mirman, Langston Kerman, Nikkita Oliver, and many more lead the Comedy and Conversation track. See the rest of the huge lineup below. 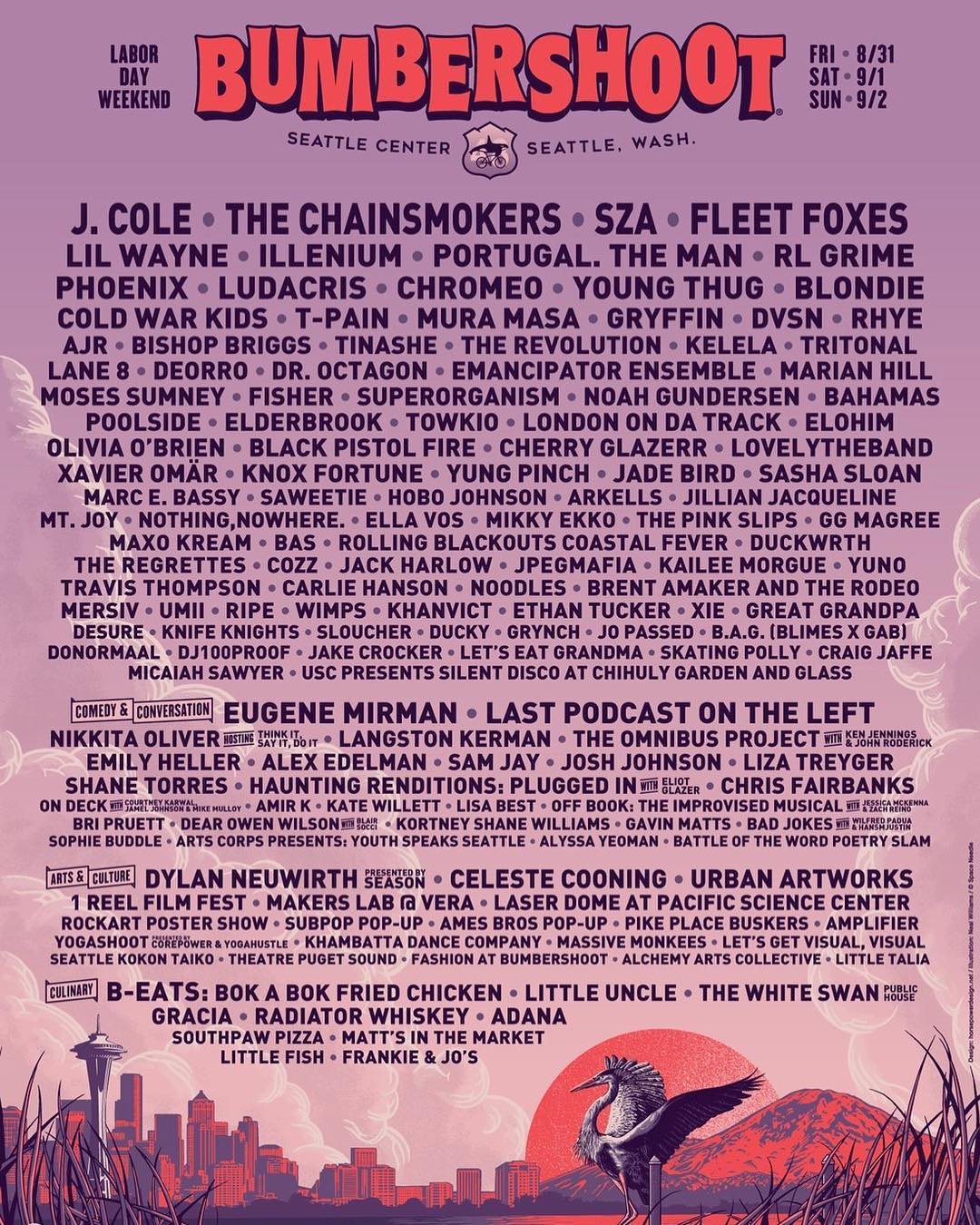