In 2016, LEVITATION was abruptly canceled the day before its Austin, Texas, iteration was slated to begin at Carson Creek Ranch due to the treat of flooding from one of the region's infamous storms. While several of that year's bands and artists who were already in town decided to rally and put together shows at venues all over town for the many stranded and stunned attendees, the blow was significant enough to force the well-regarded festival into a hiatus the following year.

Well, it's 2018 and LEVITATION is poised for a big comeback, just in time for its tenth anniversary. The groundbreaking, independent festival will return to its downtown Austin roots with a Phase One lineup that, as always, spans many continents, decades, and mind-bending genres. 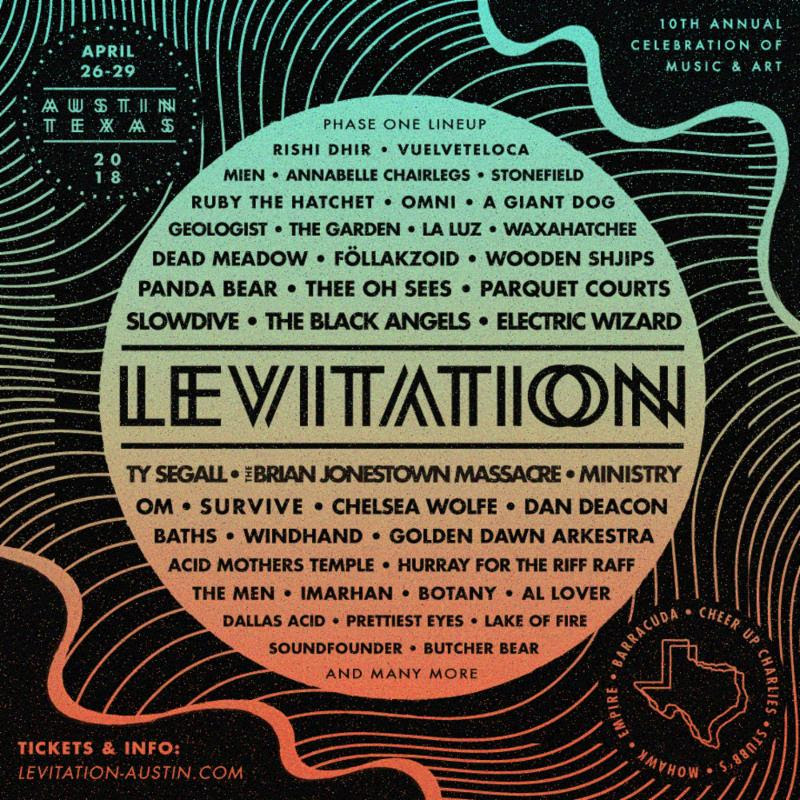 LEVITATION will take over Austin's Red River District on Thursday, April 26 through Sunday, April 29, 2018. Venues include Stubb's, The Mohawk, Barracuda, Empire Control Room, Cheer Up Charlies, Emo's, and more. All participating clubs are ones that have helped cultivate Austin's unique and legendary music scene – bringing a more intimate experience, with longer sets from headliners alongside all the conveniences and quirkiness of the city. The programming will also include pop-up events in nearby cafes, galleries, record stores, and more to be announced.

Tickets are on sale now!