Vendors
Photo By: Life Is Beautiful

You've Never Seen a Lineup Video Like This Before

Life Is Beautiful music festival burst back onto our calendars with an amazing, Vegas-style lineup video announcing an impressive array of artists set to perform the weekend of September 23-25, 2016.

It weaves all the hallmarks of modern and throwback Vegas culture (Elvis! The Neon Museum!) with tons of fun pop culture references peppered throughout – from Robert De Niro in Casino to Fear and Loathing in Las Vegas – using the video's energy and momentum to showcase its coming musical attractions. Mumford & Sons (who haven't played Vegas in five years); The Lumineers (who've never played Vegas before); The Shins (whose only U.S. tour stop in 2016 is at LIB); and returning artists Major Lazer and G-Eazy top the bill, with other heavyweights such as J. Cole, Janes' Addiction, Jimmy Eat World, Third Eye Blind, Kehlani, Leon Bridges, Young The Giant, and many, many more round out the 2016 lineup. It's an eclectic offering with tunes for everyone to enjoy. 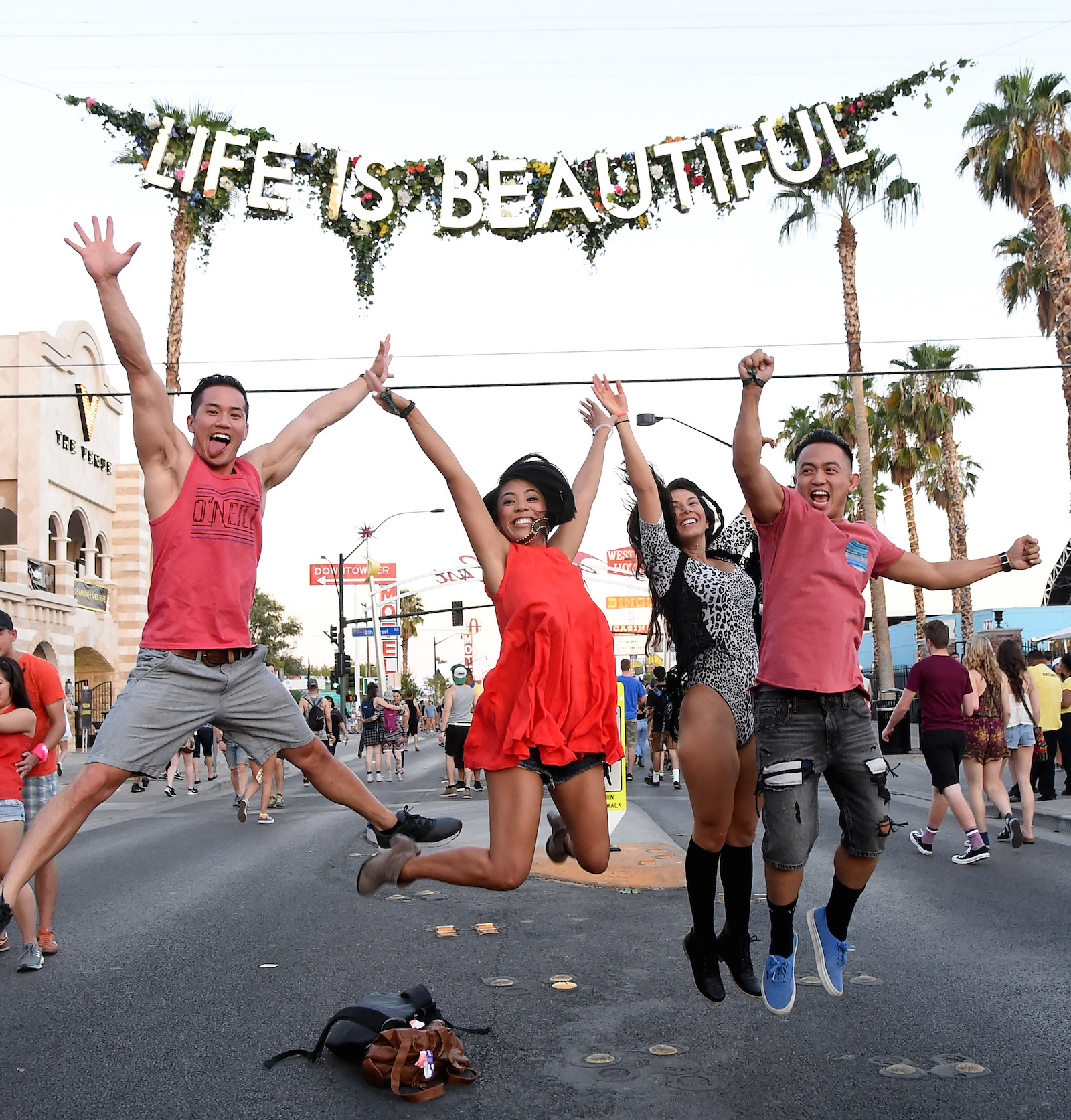 Photo by: Jeff Kravitz/FilmMagic for Life Is Beautiful

Of course, with around 100,000 people headed to Downtown Vegas each year for the event, there's a ton more than music to be had. The vibrant Art Motel – which showcases talented local street artists and works by Banksy and D*face – will return to up the ambiance. The mind-expanding Learning Series will also be in full force, which last year featured the likes of Bill Nye, Rosario Dawson, and Zappos CEO Tony Hsieh. This year's speaker lineup has yet to be announced, but it's sure to impress. And in the intense heat that's sure to sweep the city that weekend, attendees will get hungry. The festival's tasty Culinary Village features delights from celebrity chefs and some of the finest restaurants in Las Vegas. It's easy to become a hardcore foodie while savoring Life Is Beautiful’s playful dishes and sipping on signature cocktails each day.

Tickets for the 2016 event go on sale tomorrow, May 20, at 10 am PST via the Life Is Beautiful website, when a limited number of advance tickets will be available on a first-come, first-serve basis. Once the advance tickets sell out, Regular General Admission and VIP pricing will apply. As the four-year-old festival's stature grows (and it certainly has been), tickets will sell out faster and faster, so get yours ASAP.